KA-ZAR IS BACK FROM THE DEAD – WITH A WHOLE NEW TERRIFYING SET OF POWERS!
The alien Cotati murdered him. The Savage Land brought him back. Lord Plunder has returned – with a vastly new perspective! Now united with Shanna the She-Devil in a mystical merging of life energies, Ka-Zar has new abilities, new needs…and new enemies. An ancient evil has surfaced in the Savage Land – one that is rapidly reshaping the forgotten world and its inhabitants. Ka-Zar and Shanna must fight together to protect their home and family! But their son Matthew has plans of his own… Don’t miss this spectacular adventure through the lost lands by Zac Thompson and Germán Garc a! 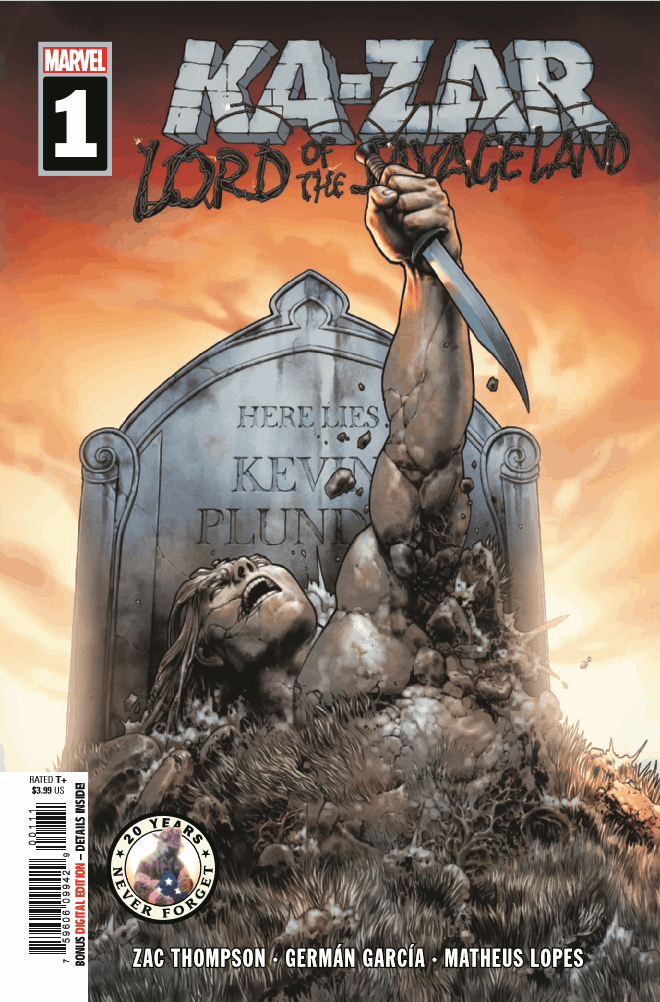 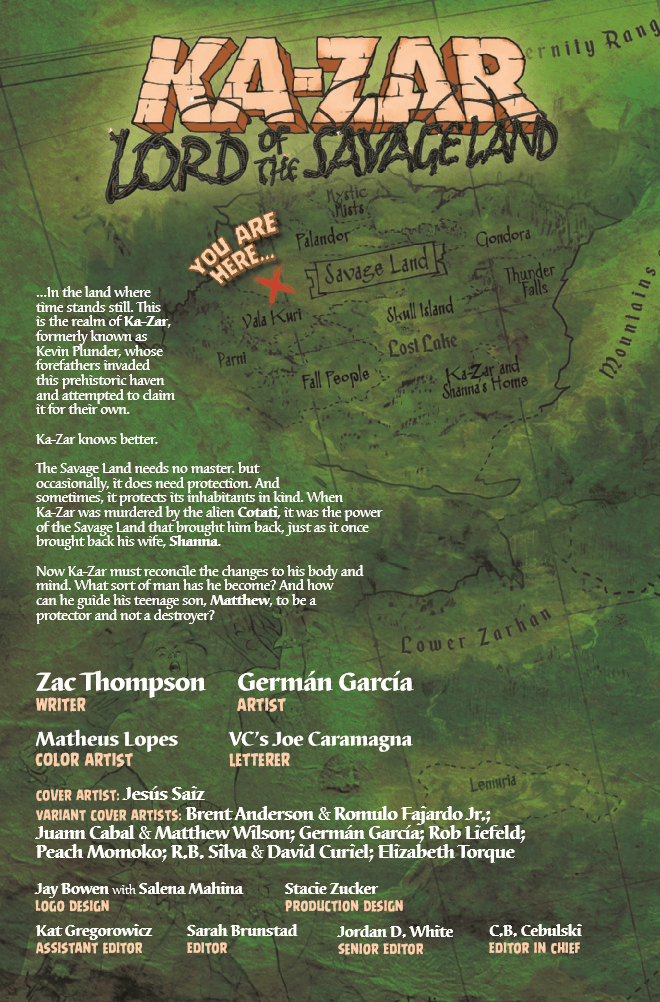 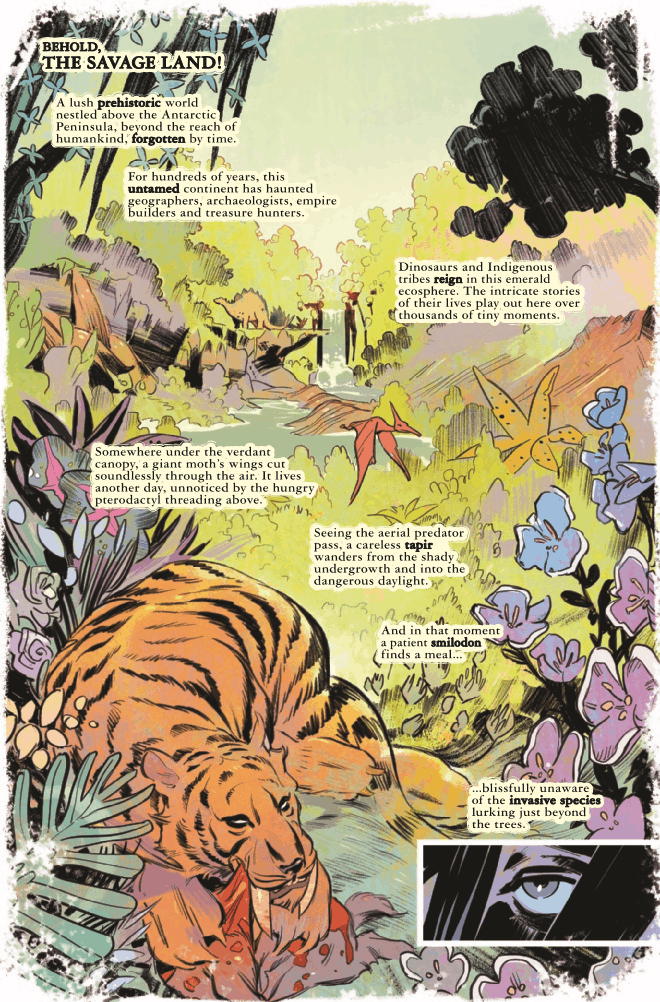 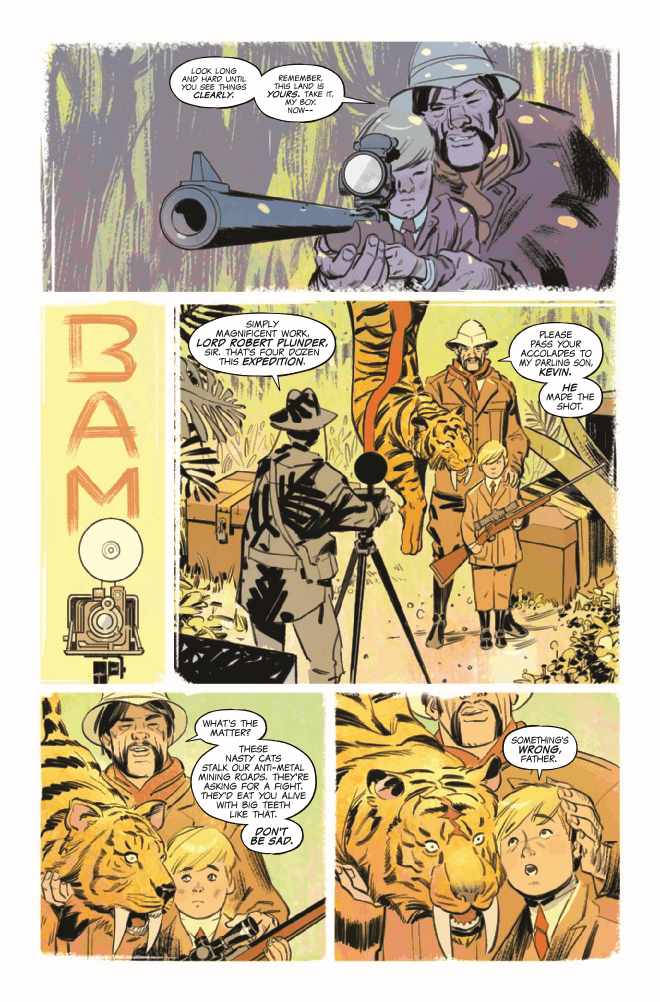 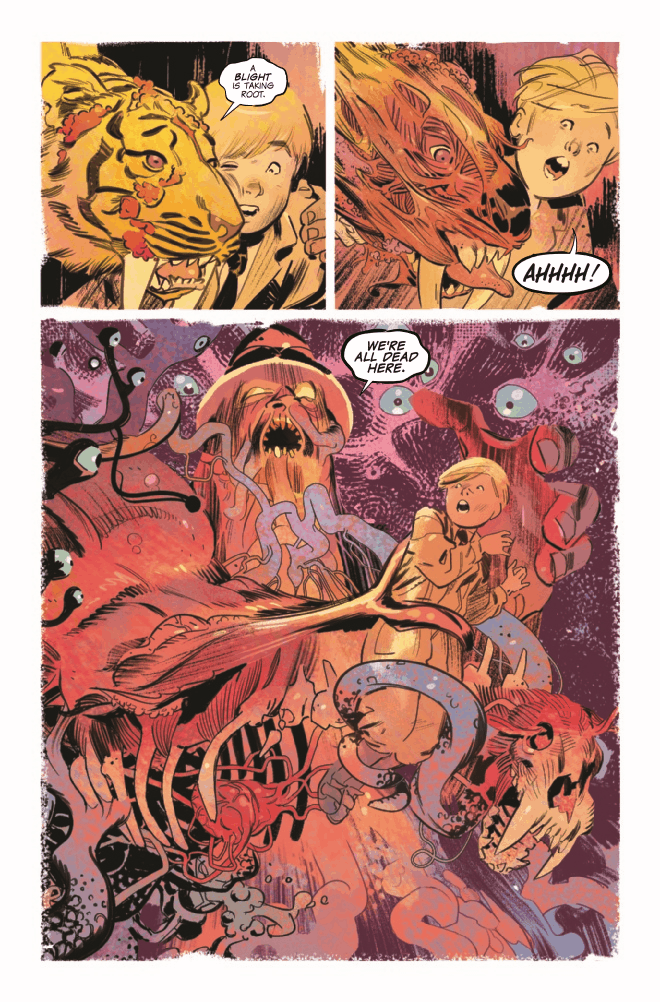 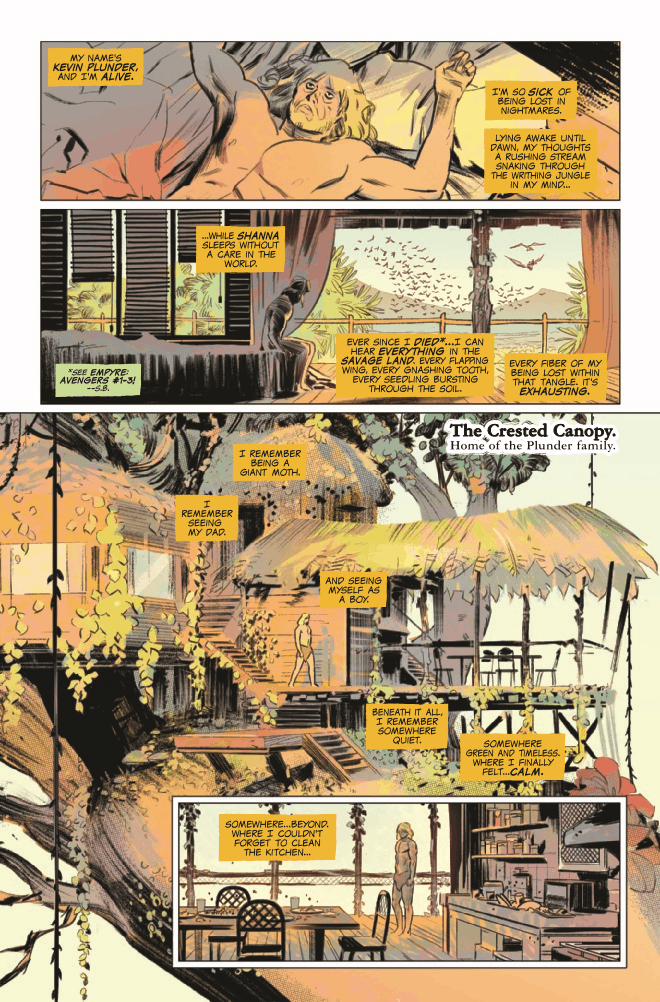