YOUR WISH…IS GRANTED! It’s a very special day at Strange Academy: BATTLE CLASS with Magik and Wong! But not every student is competing at the same level, and CALVIN has a trick up his sleeve thanks to his new mysterious friend, GASLAMP! Meanwhile, a student is missing, and EMILY BRIGHT won’t rest until they’re found.

Written by Skottie Young, with art by Humberto Ramos. 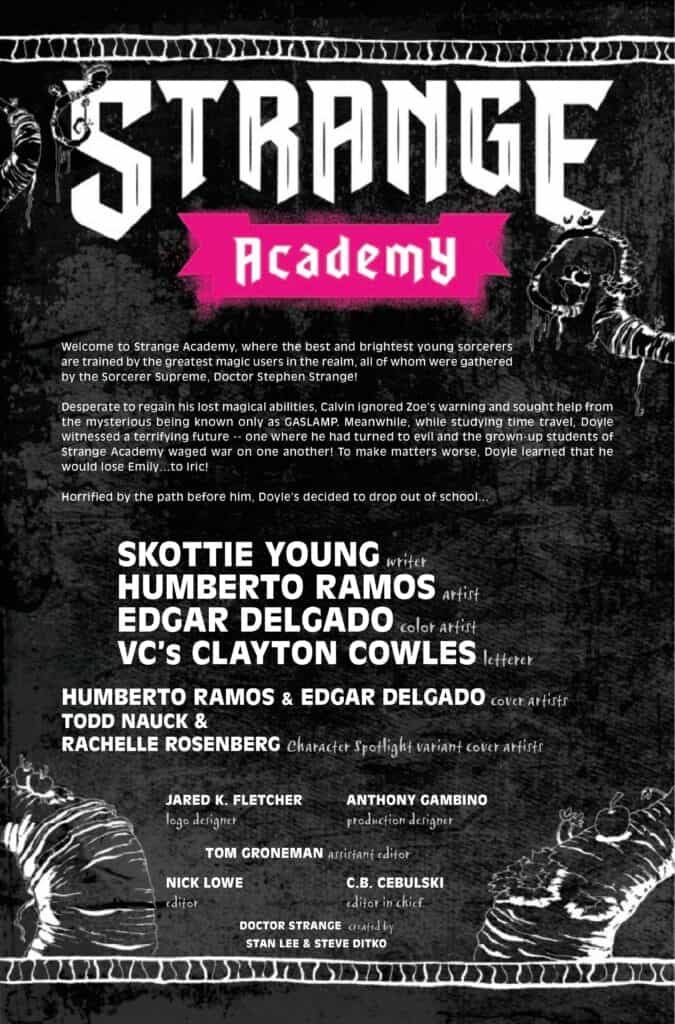 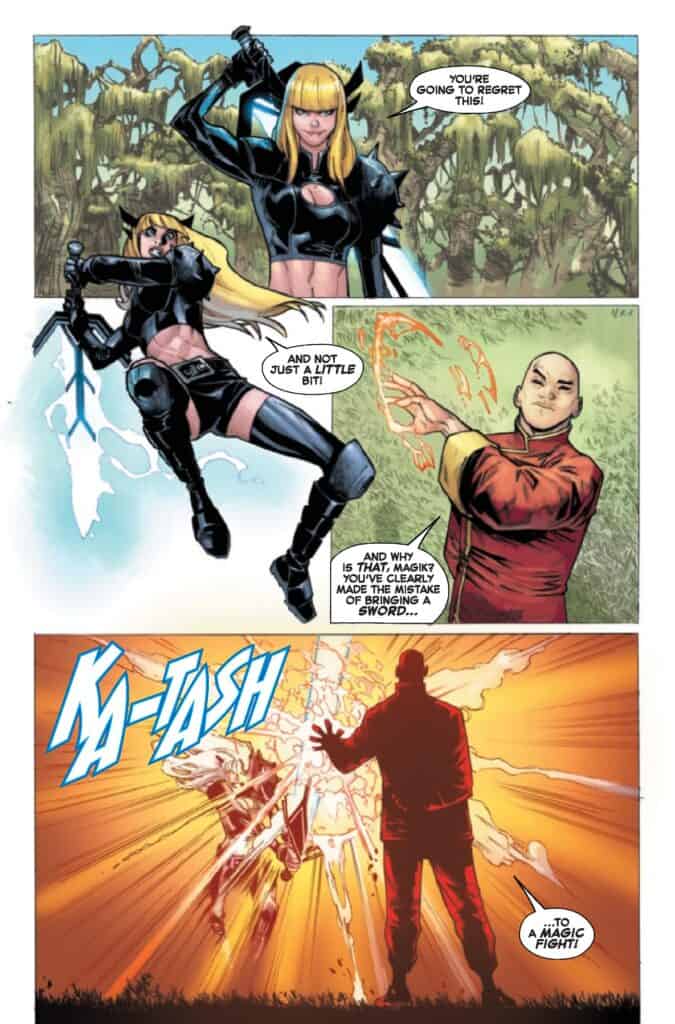 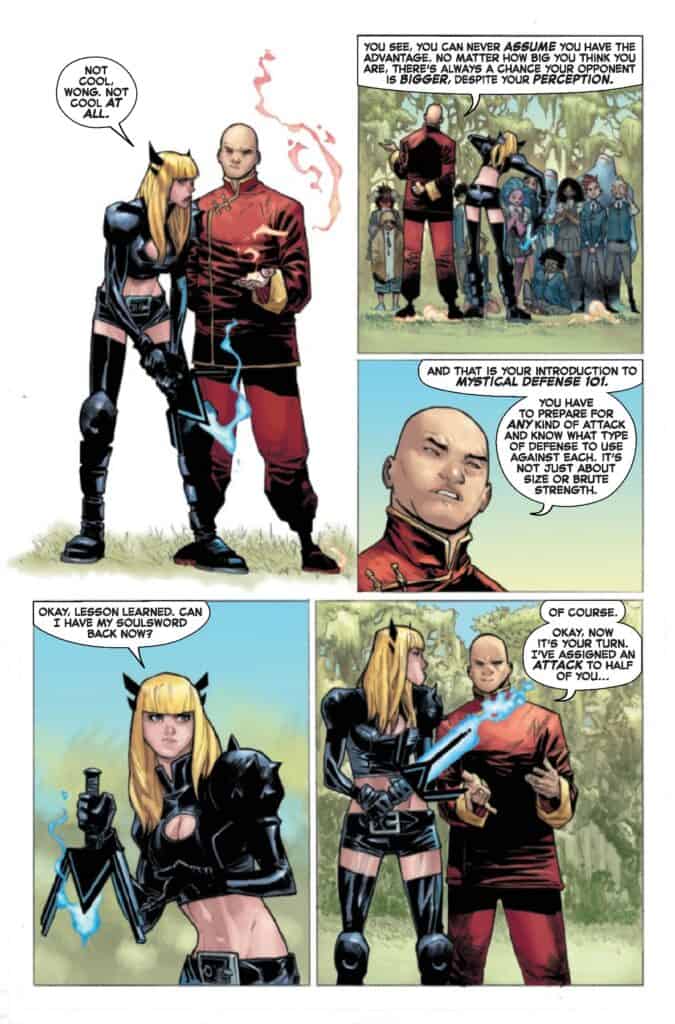 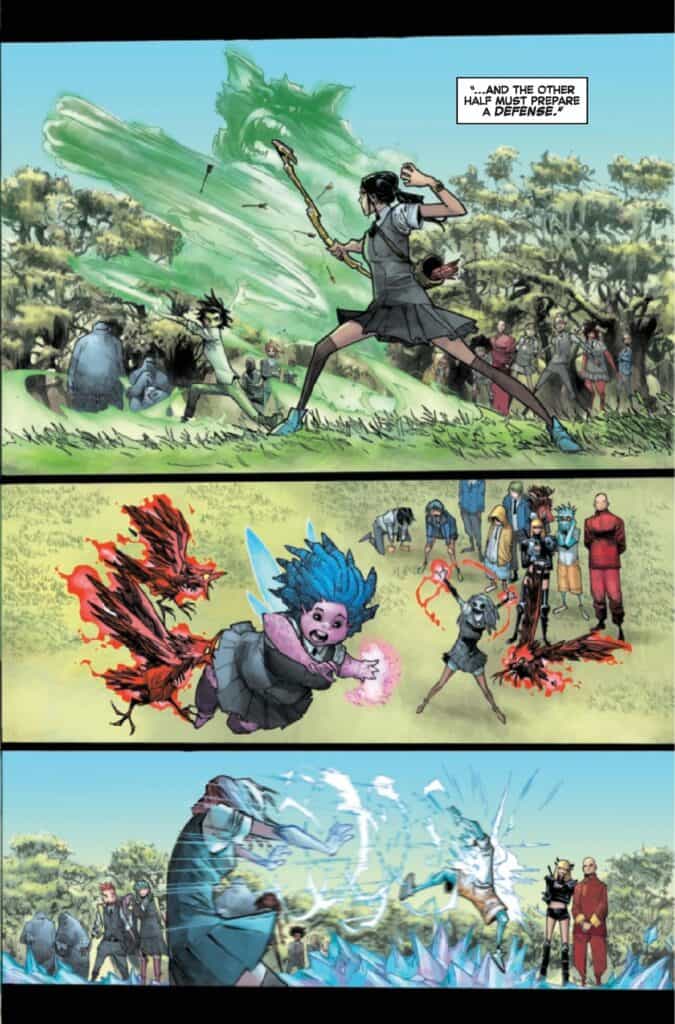 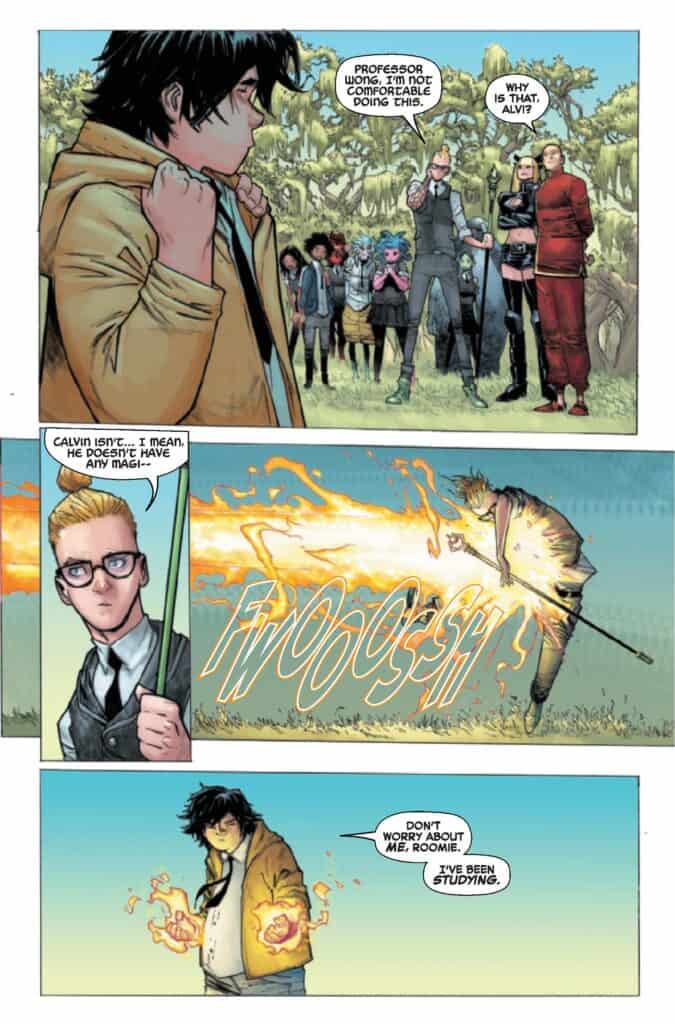