Jay wants nothing more than to fly. Or so he thinks, until he crosses paths with a mysterious thief named Fix whose tricks and charms draw him into the struggle against the looming aviation guild to which Jay owes his very being. As Jay becomes further entangled in the turbulence of Fix’s cause, each man must learn to navigate shifting allegiances, the fight for freedom, and the greatest adventure of all — love. 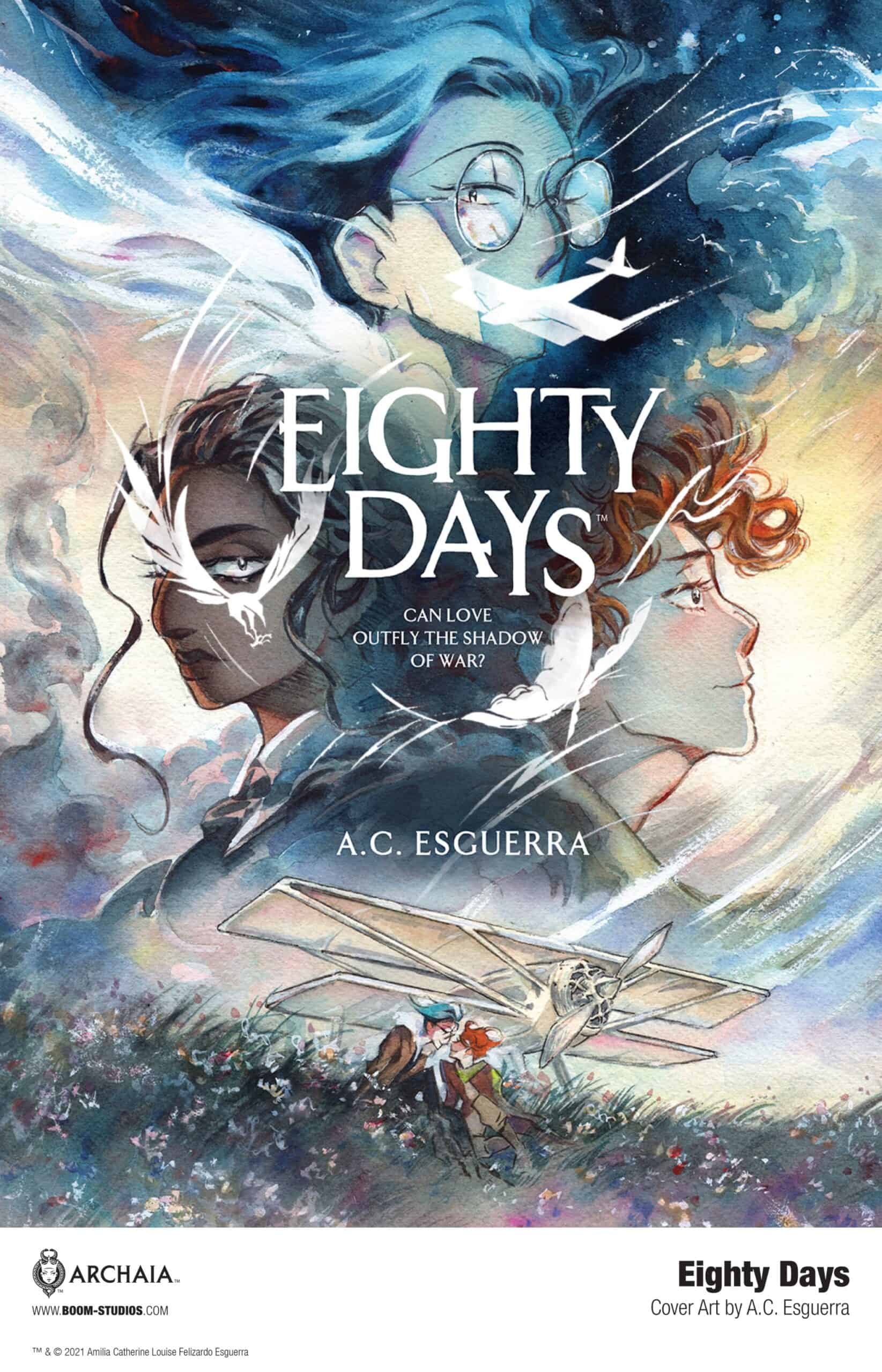 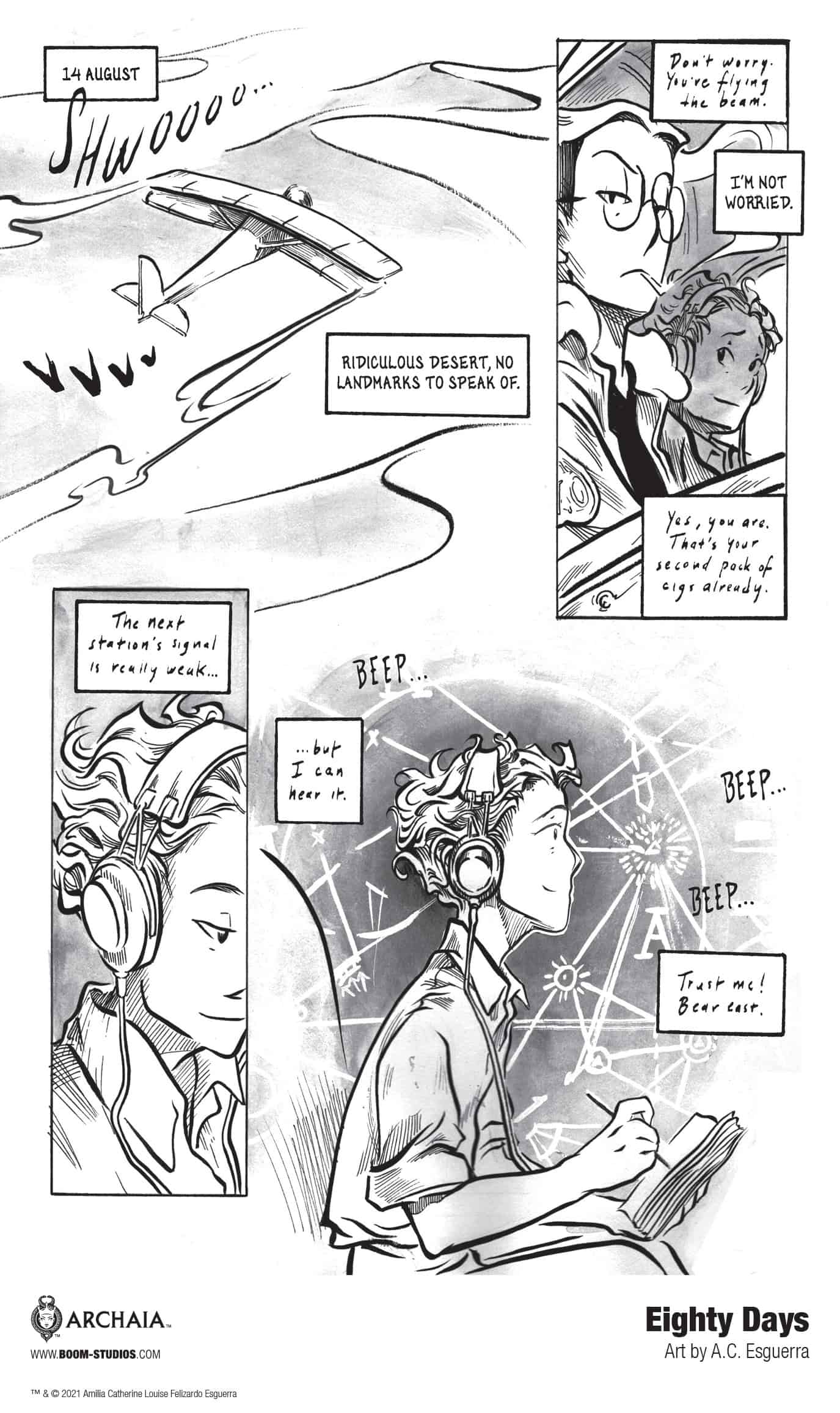 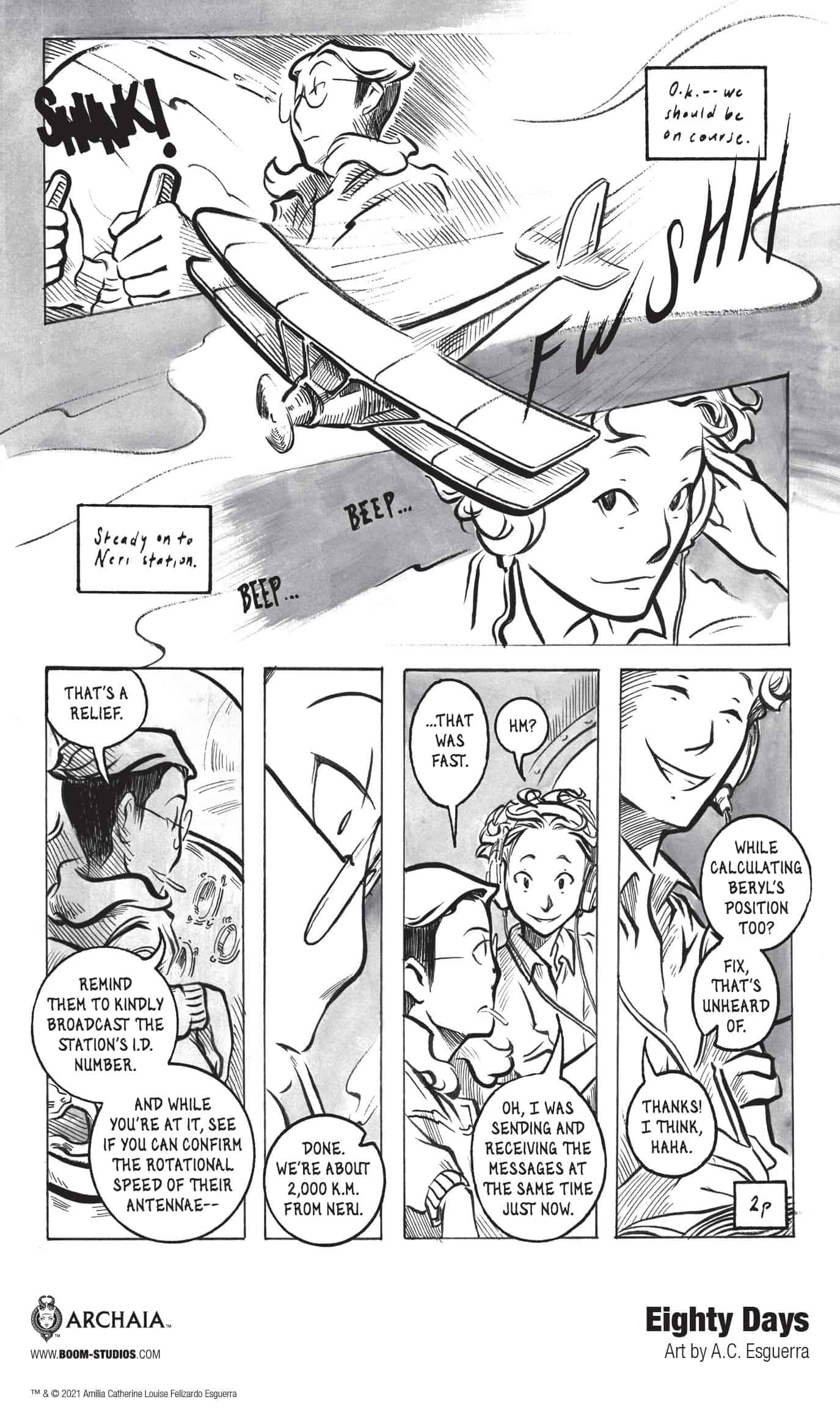 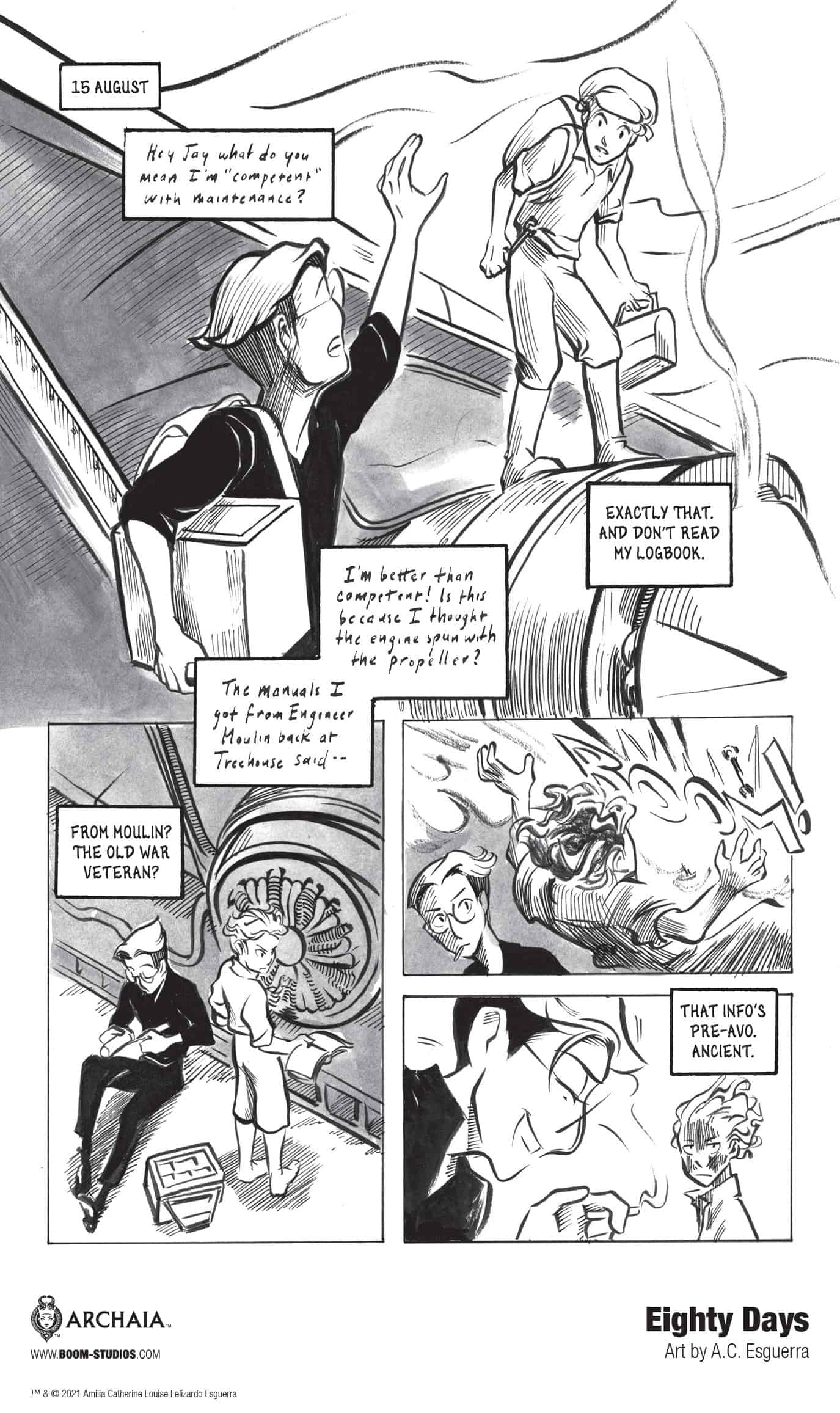 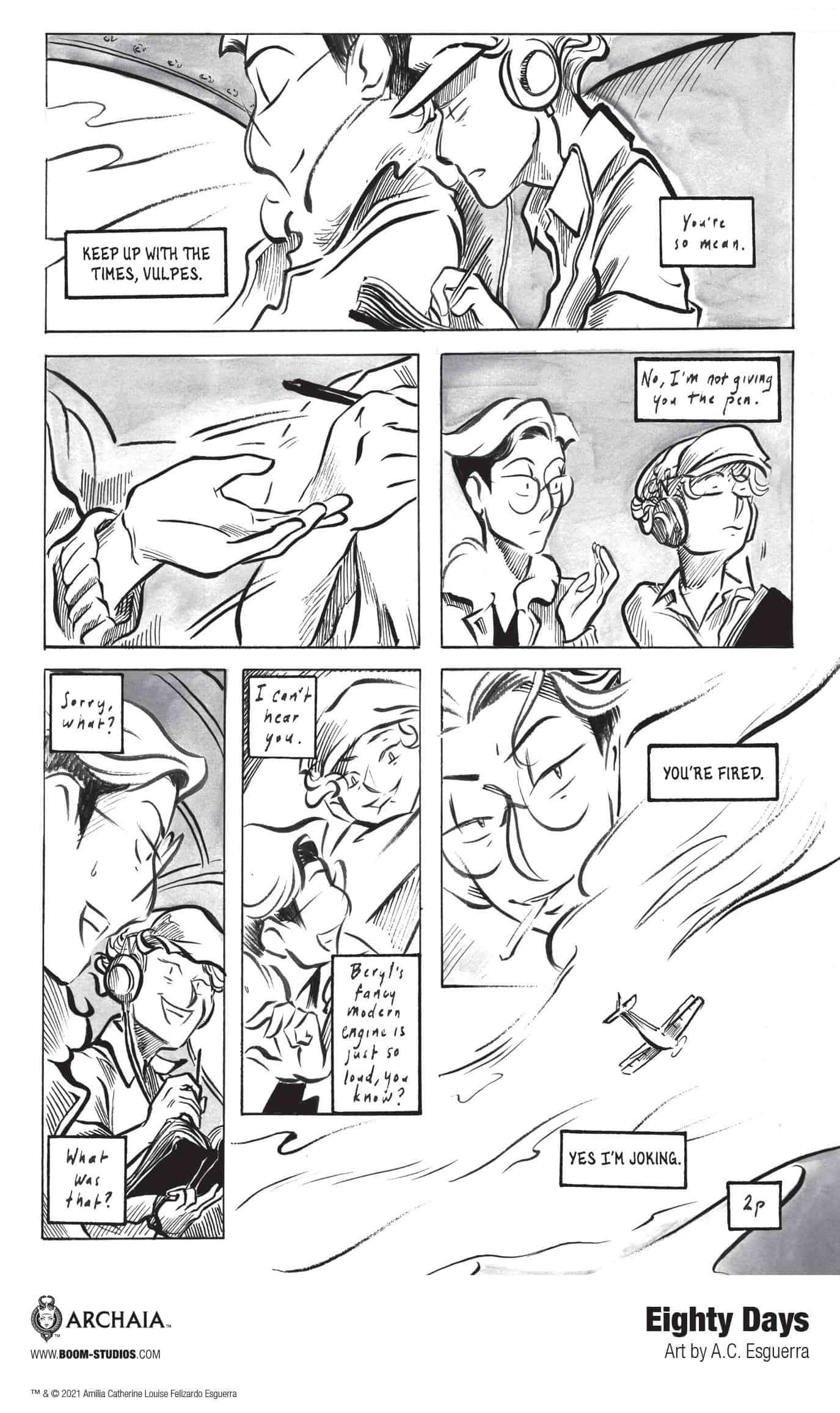 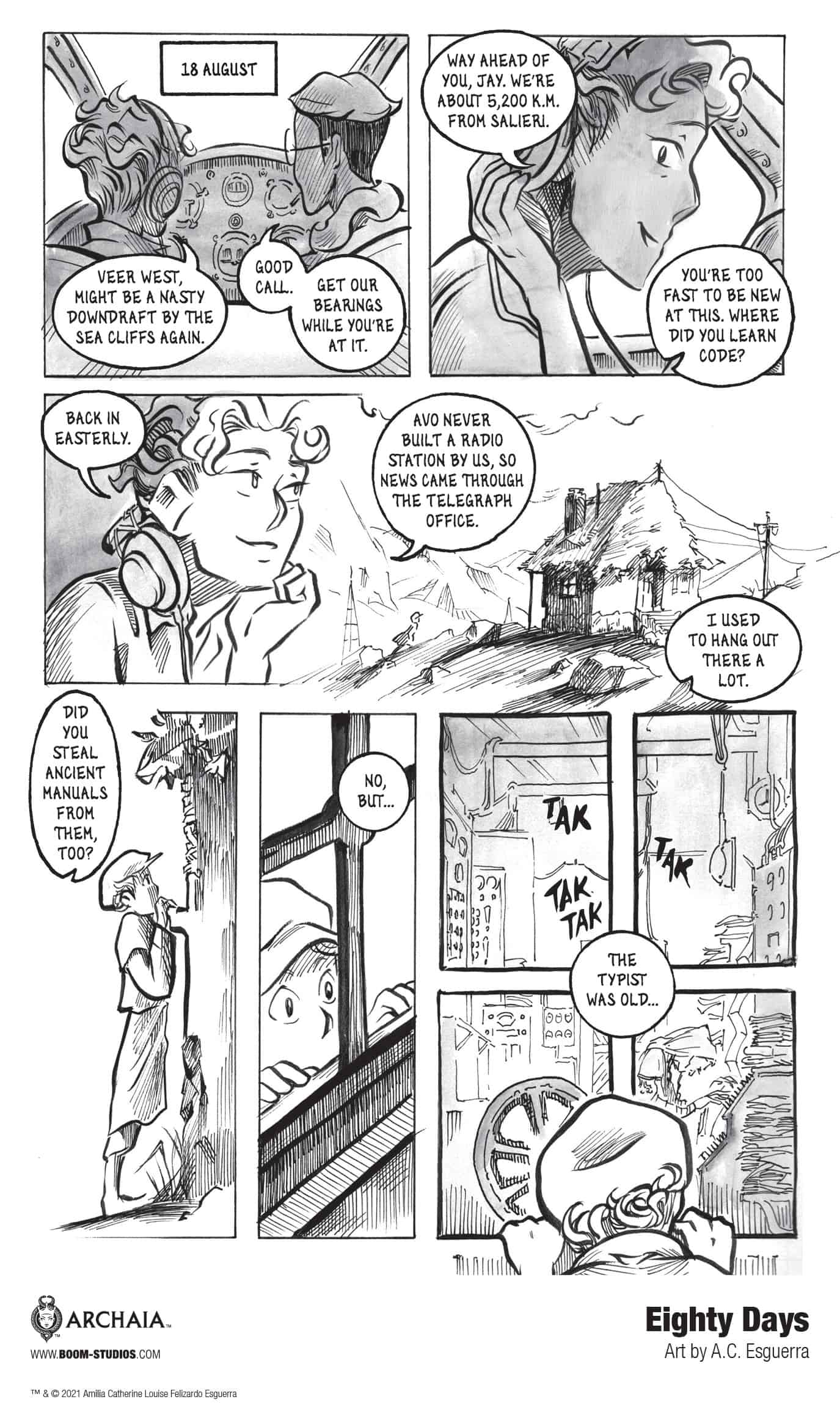 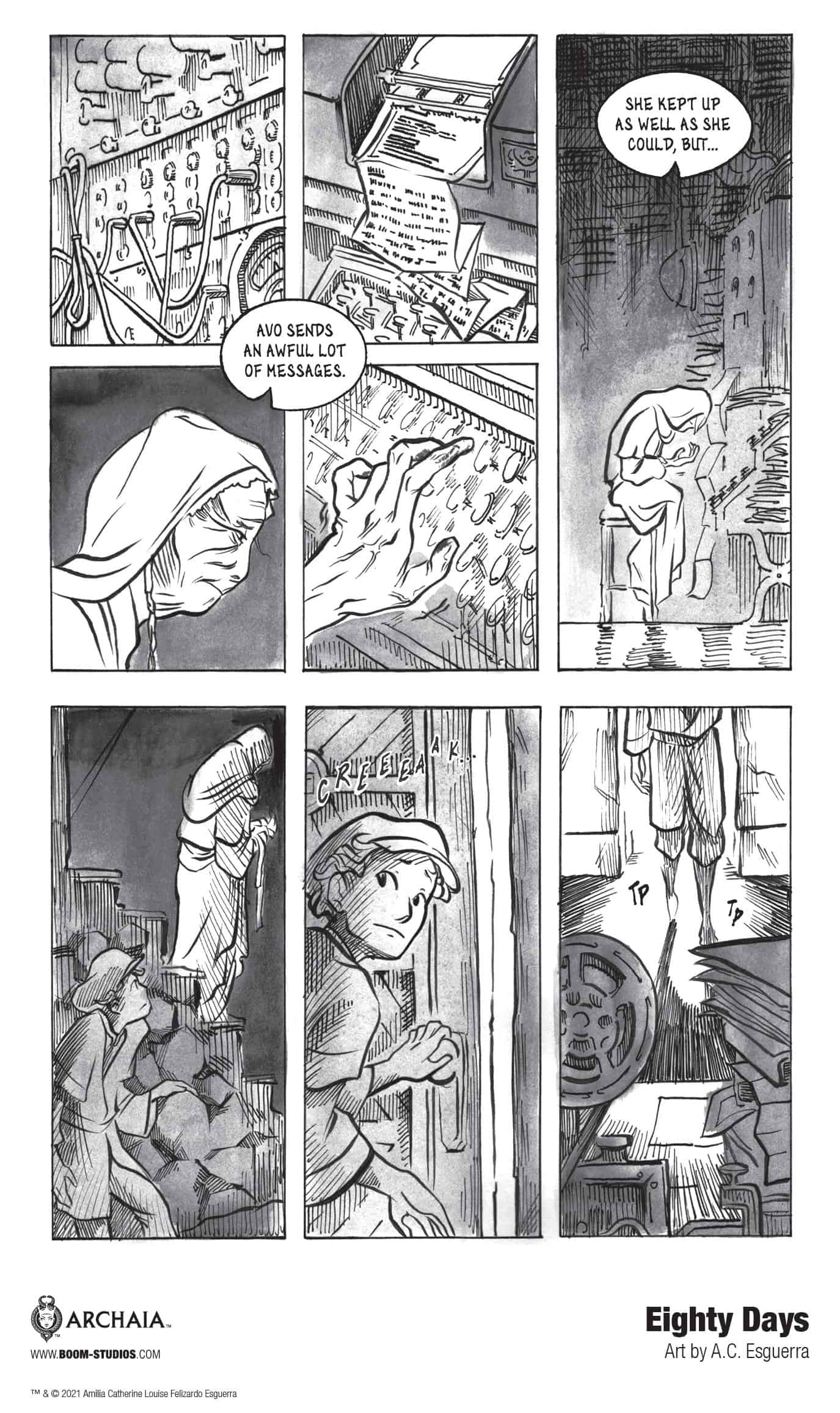 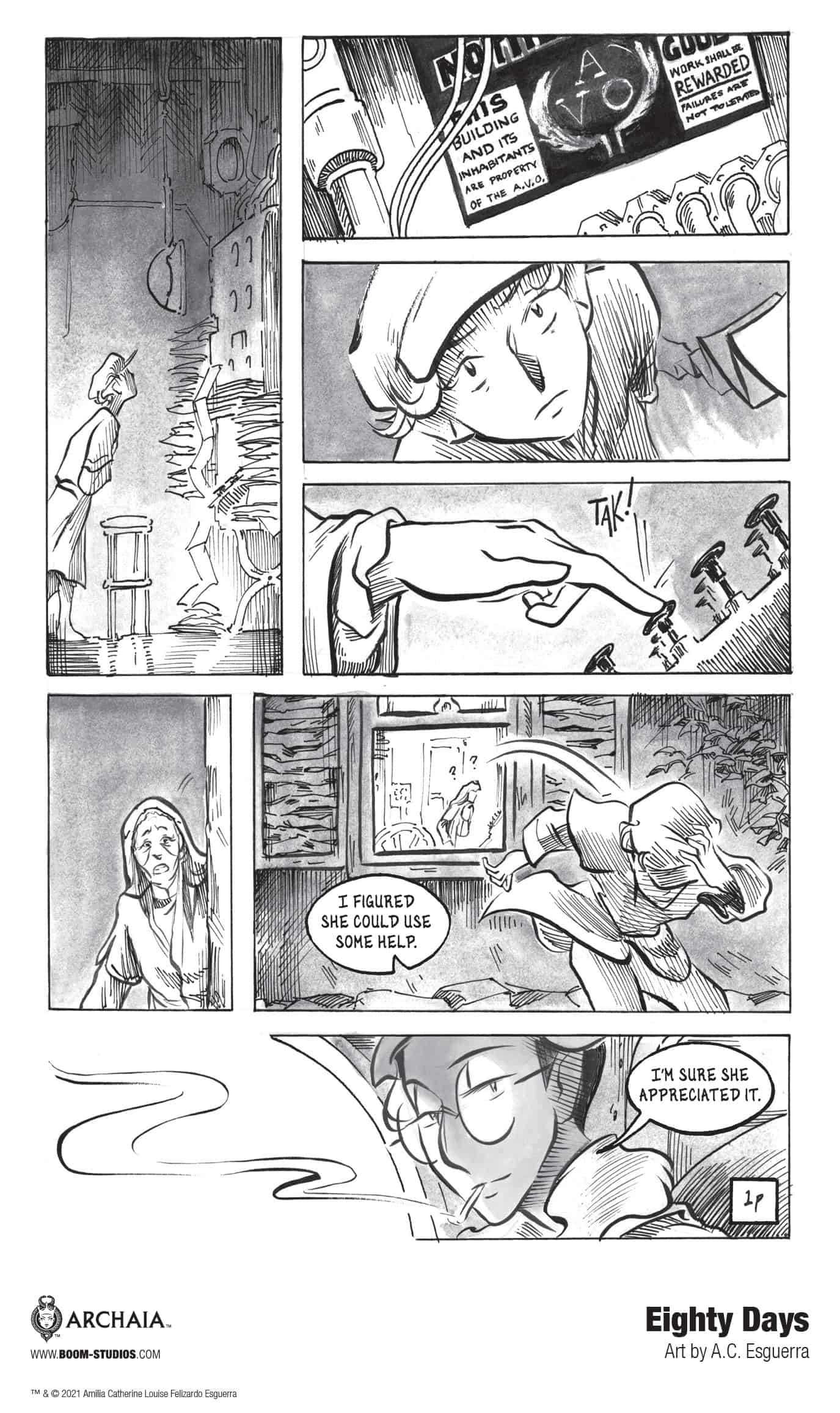 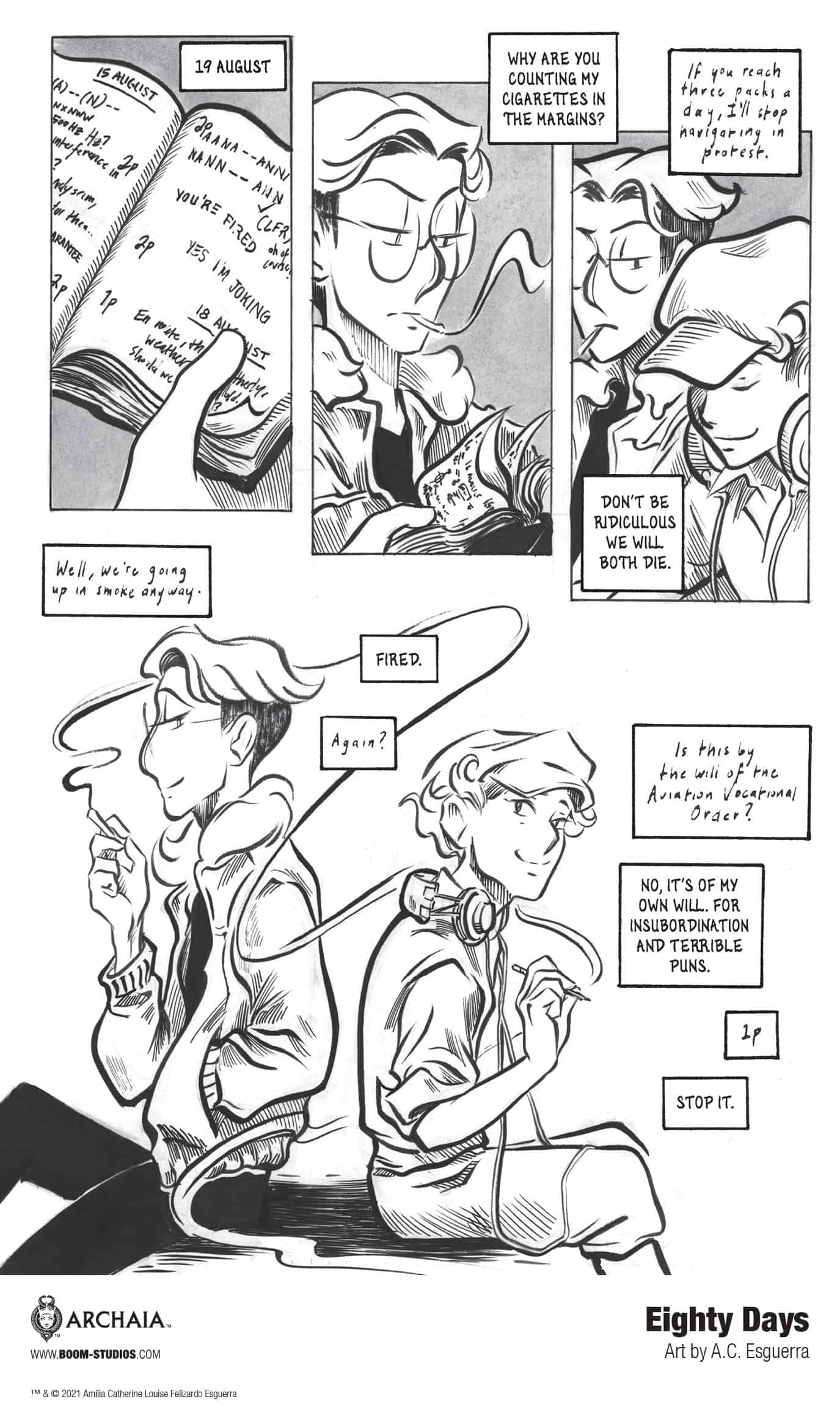 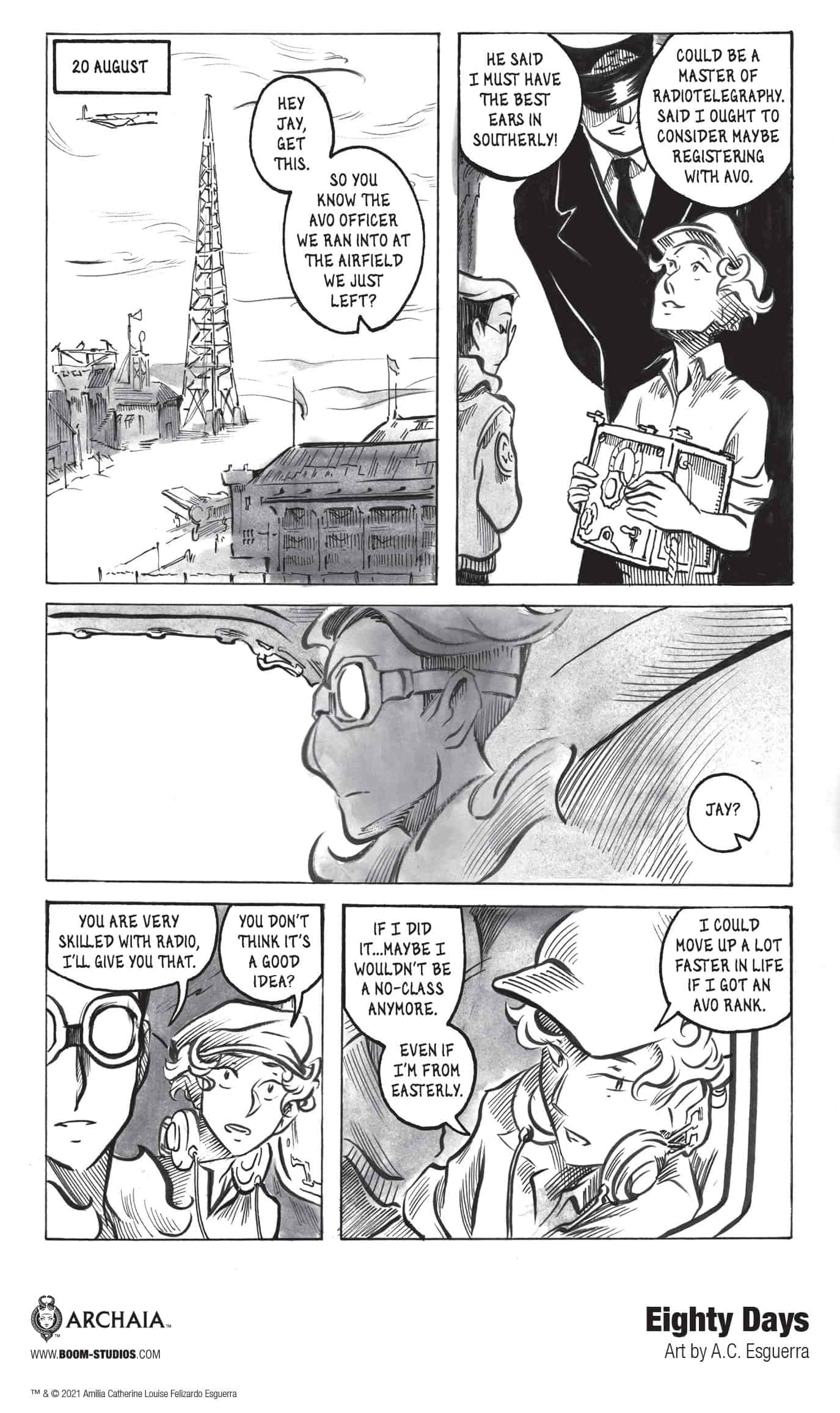 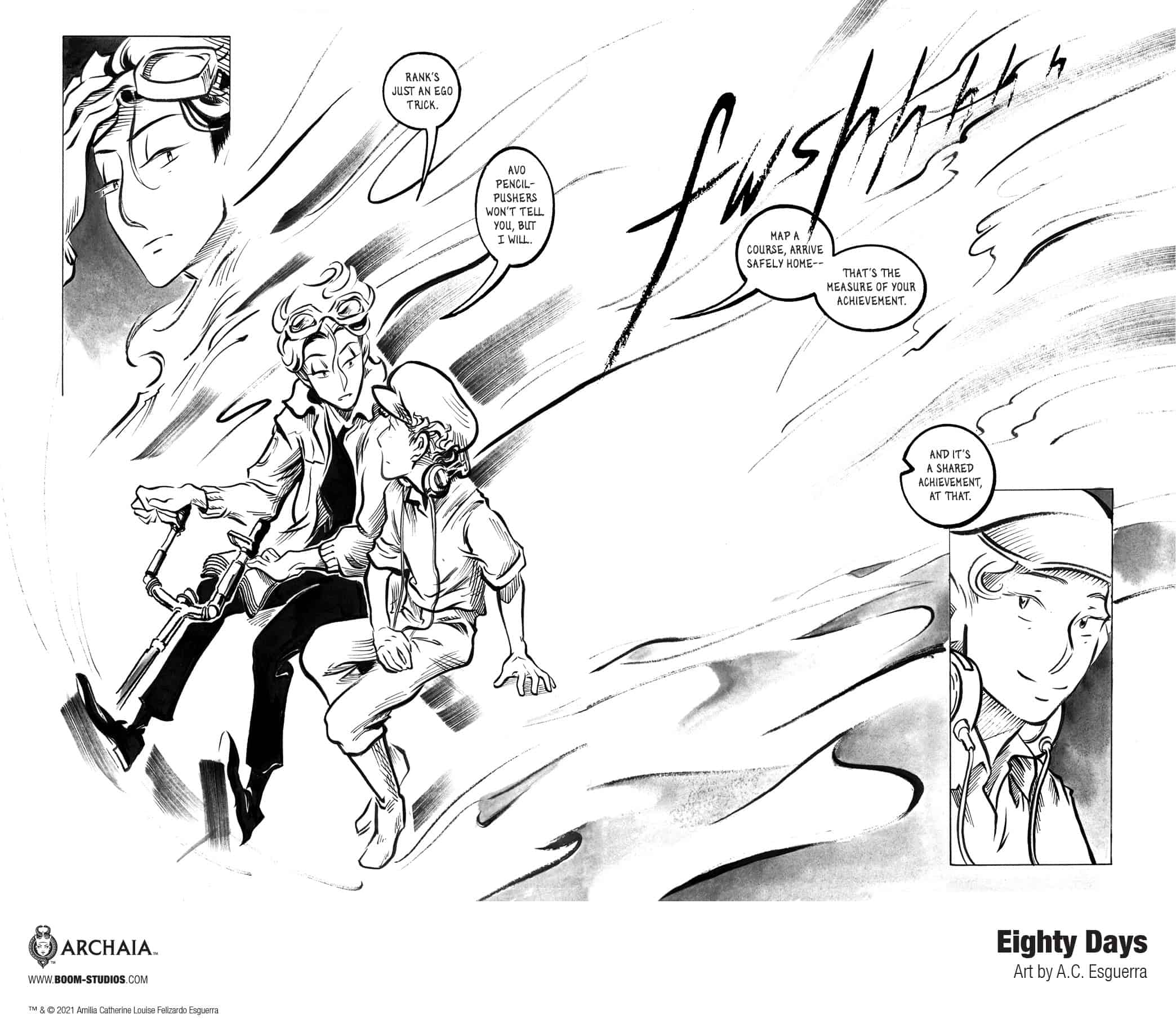 Print copies of EIGHTY DAYS will be available for sale on September 1, 2021 at local comic book shops (use comicshoplocator.com to find the nearest one), and on September 7, 2021 at bookstores everywhere or at the BOOM! Studios webstore. Digital copies can be purchased from content providers, including comiXology, iBooks, Google Play, and Kindle.