BOOM! Studios have revealed a first look at MAMO #1, the first issue in the five-issue debut comic book series from acclaimed illustrator and rising star cartoonist Sas Milledge (The Lost Carnival: A Dick Grayson Graphic Novel), about a young hedge witch who returns to her hometown after her grandmother’s death, only to find an unlikely new friend and a series of mysterious magical disturbances that need to be solved, available in July 2021.

Can Orla O’Reilly embrace her destiny in order to bridge the divide between humanity and the faerie world? Orla, the youngest in a long line of hedge witches, finds herself pulled back to her hometown after the death of her grandmother: Mamo. Without Mamo managing magical relationships between the townsfolk and the fae, the seas are impossible to fish, the crops have soured… and Jo Manalo’s attic has been taken over by a poltergeist! Now, Orla and Jo will both be pulled into worlds they never wanted to be part of. Can the two girls work together to save the town? 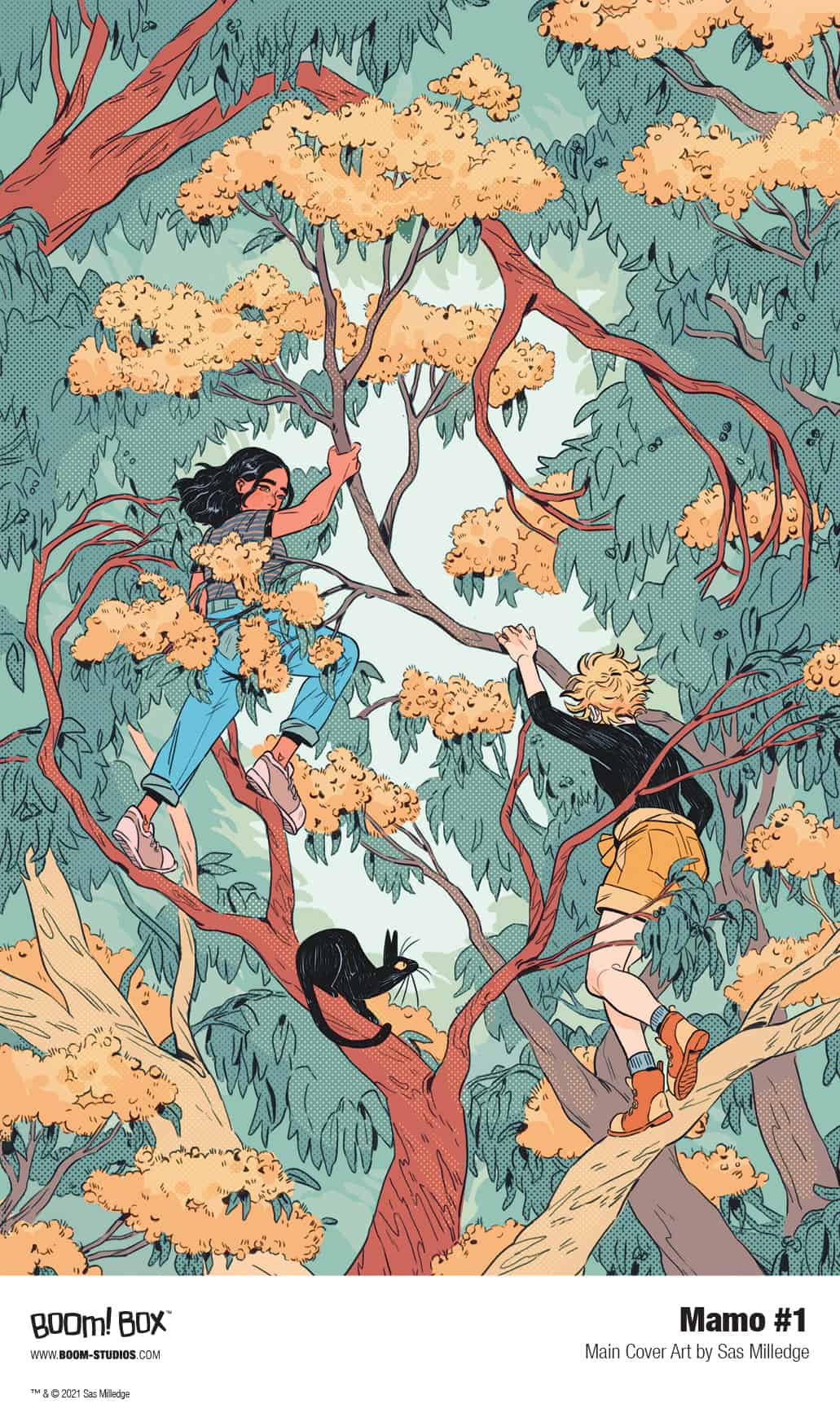 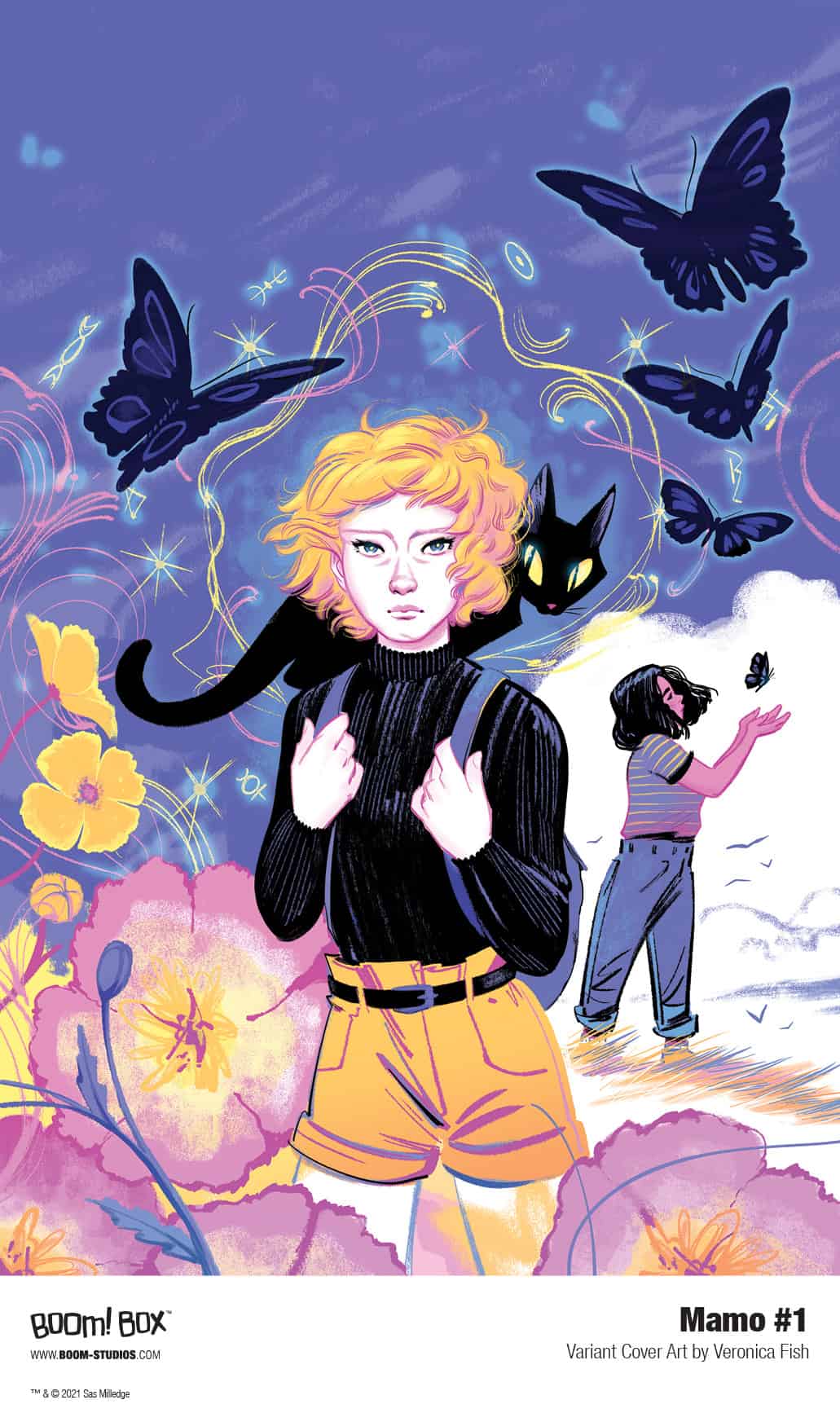 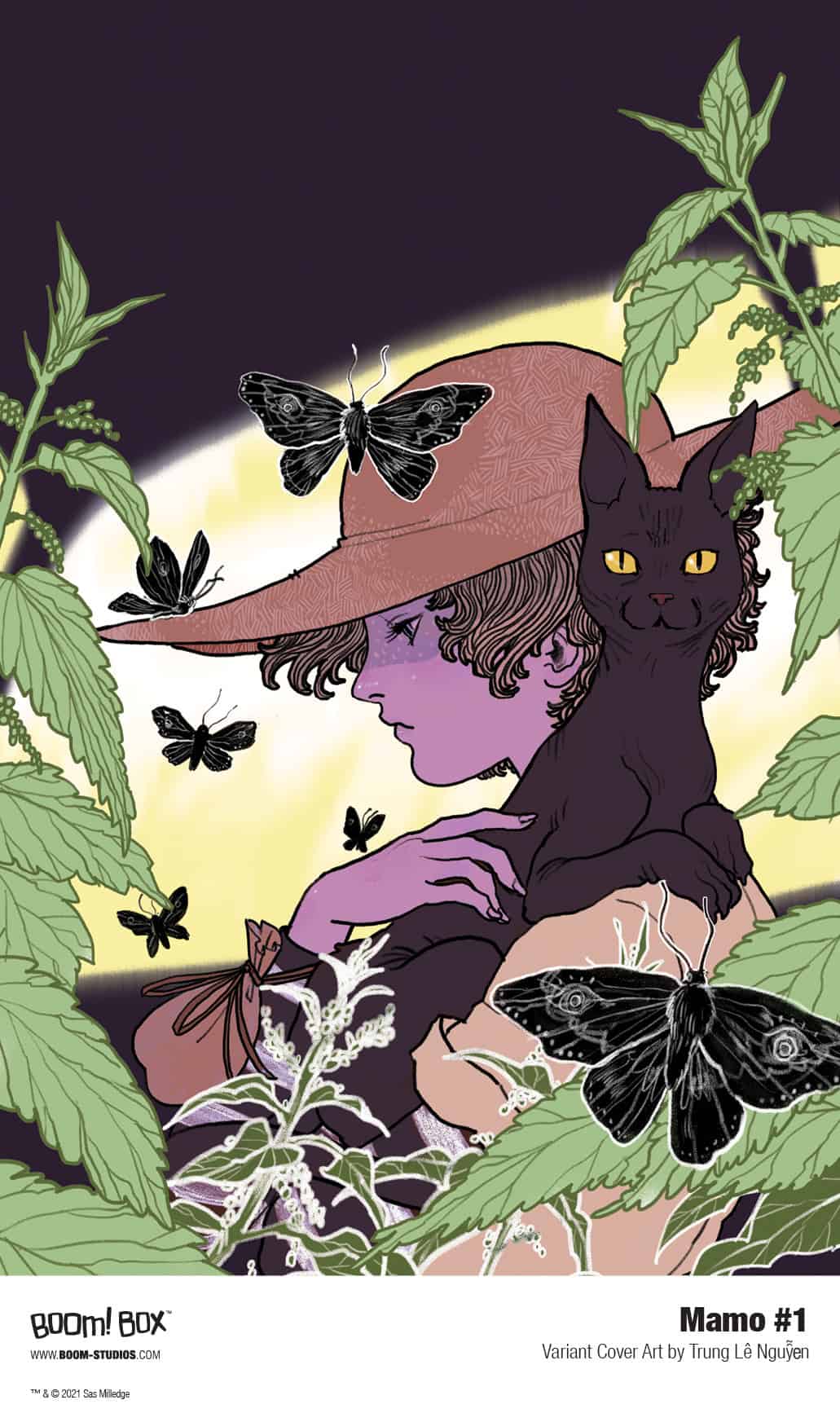 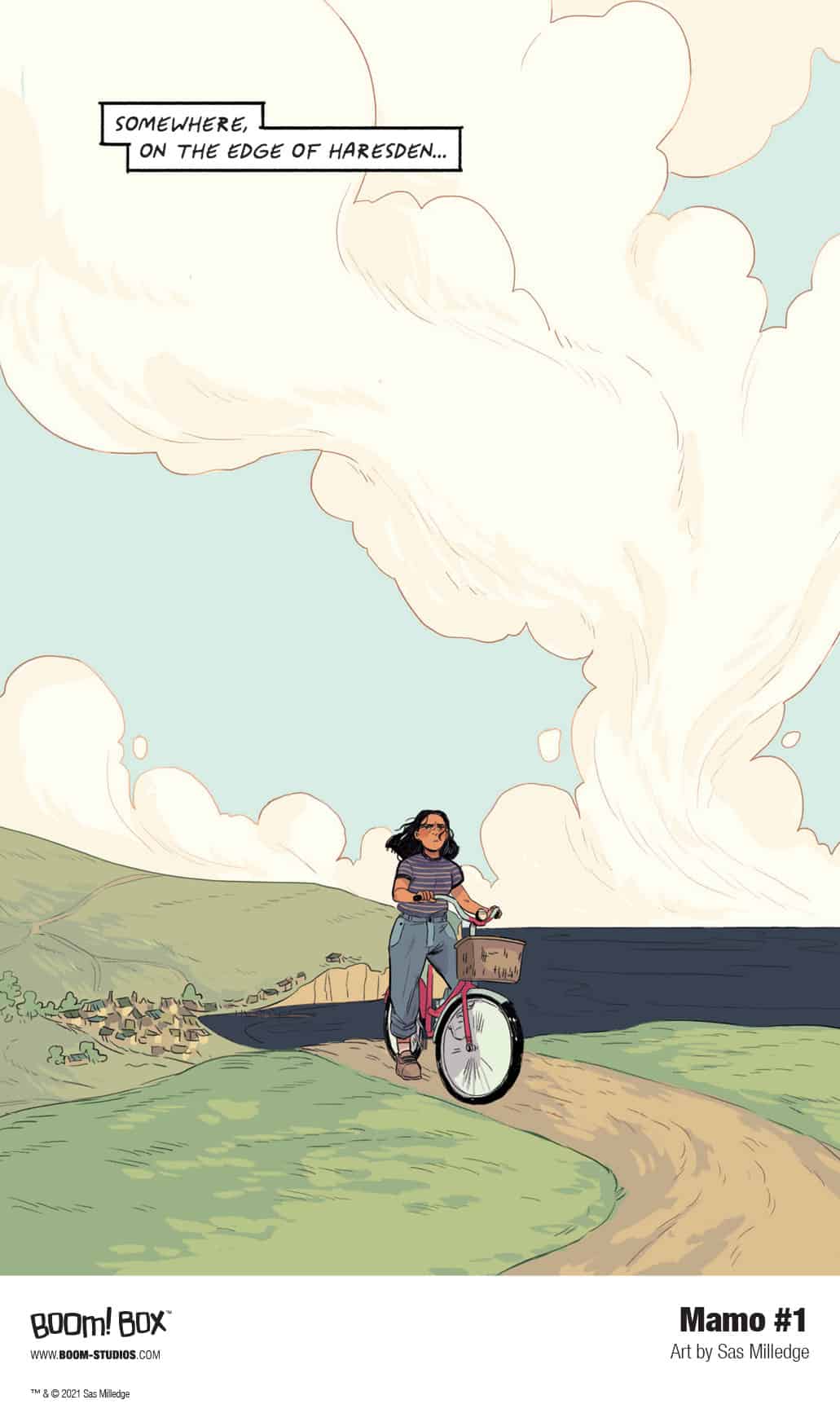 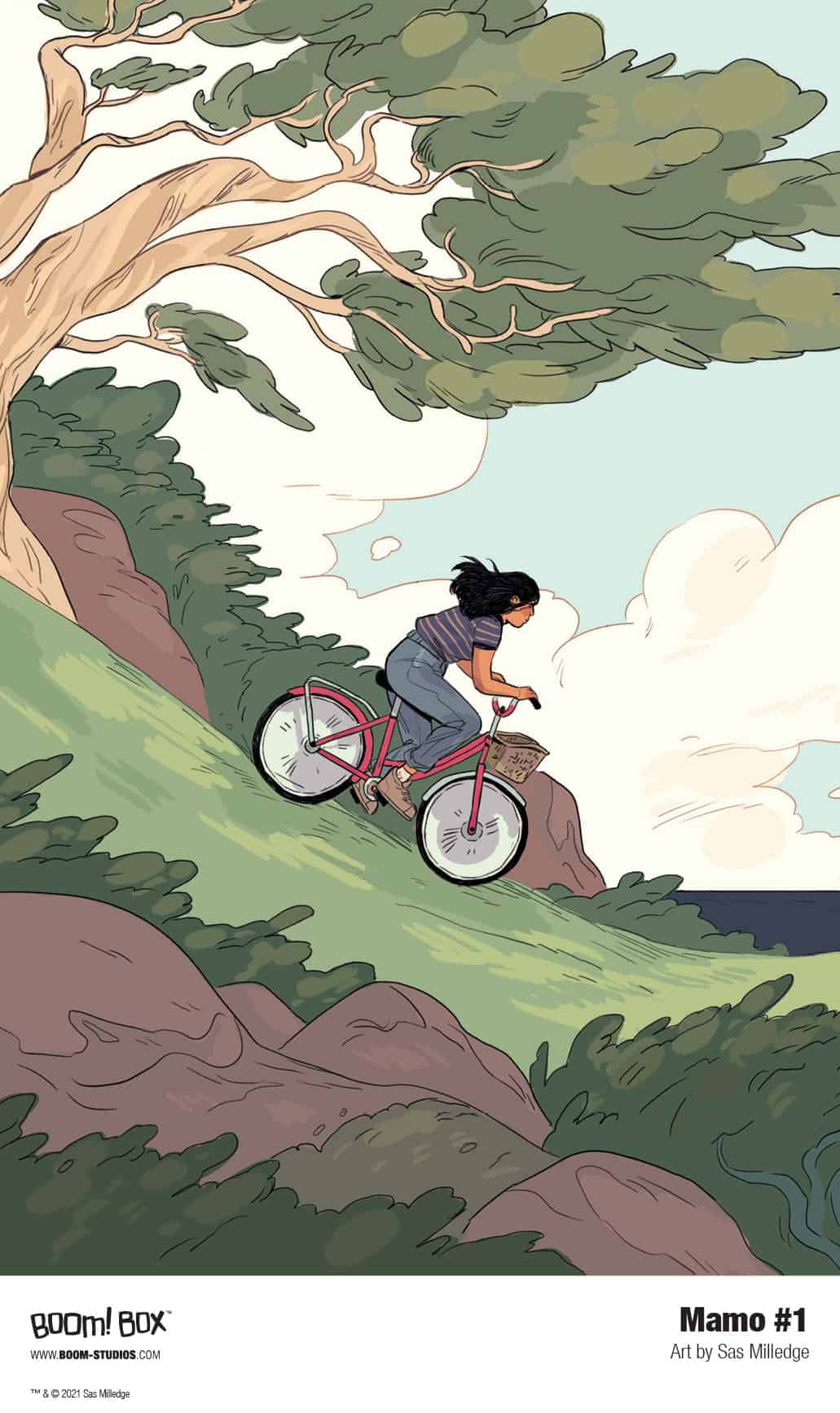 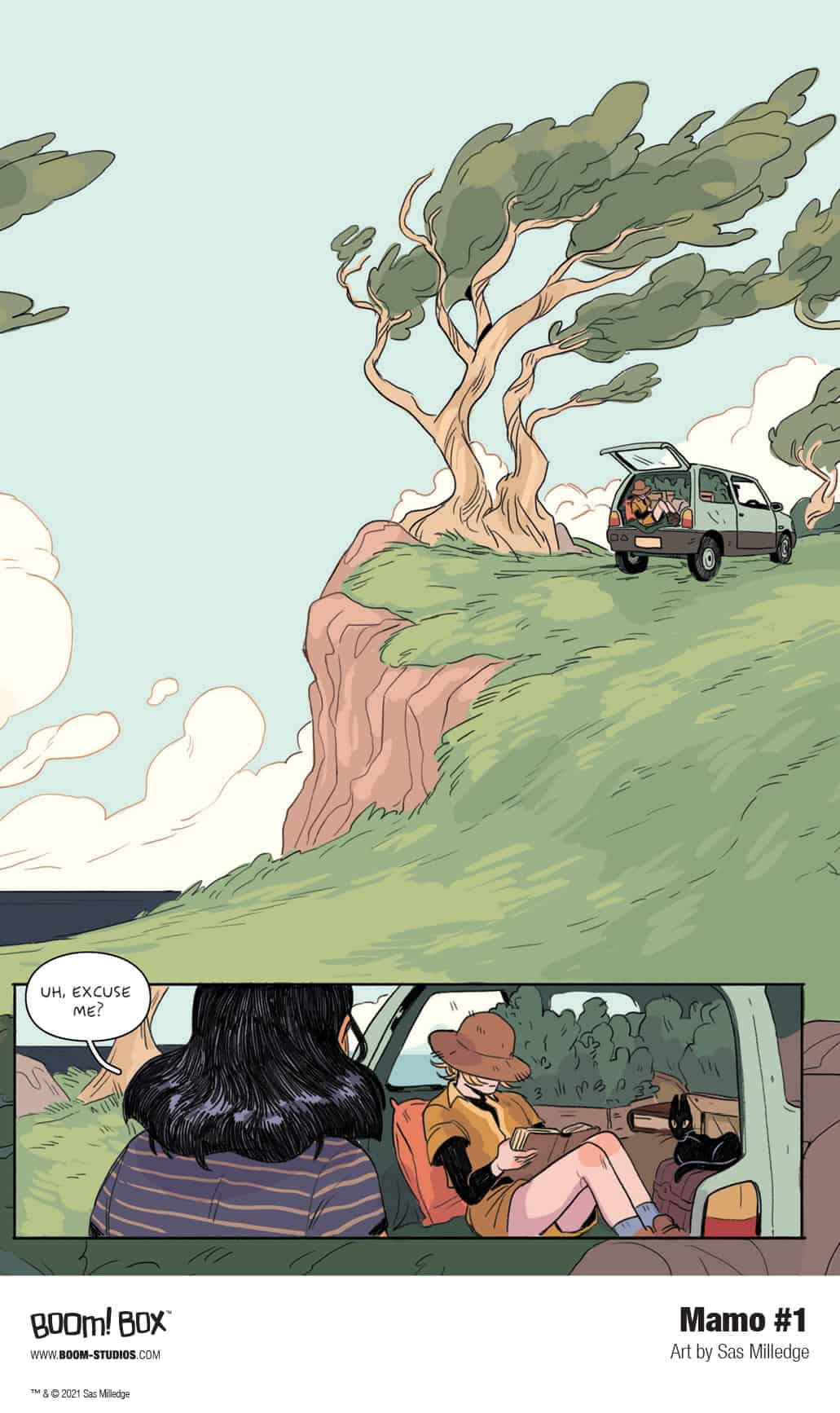 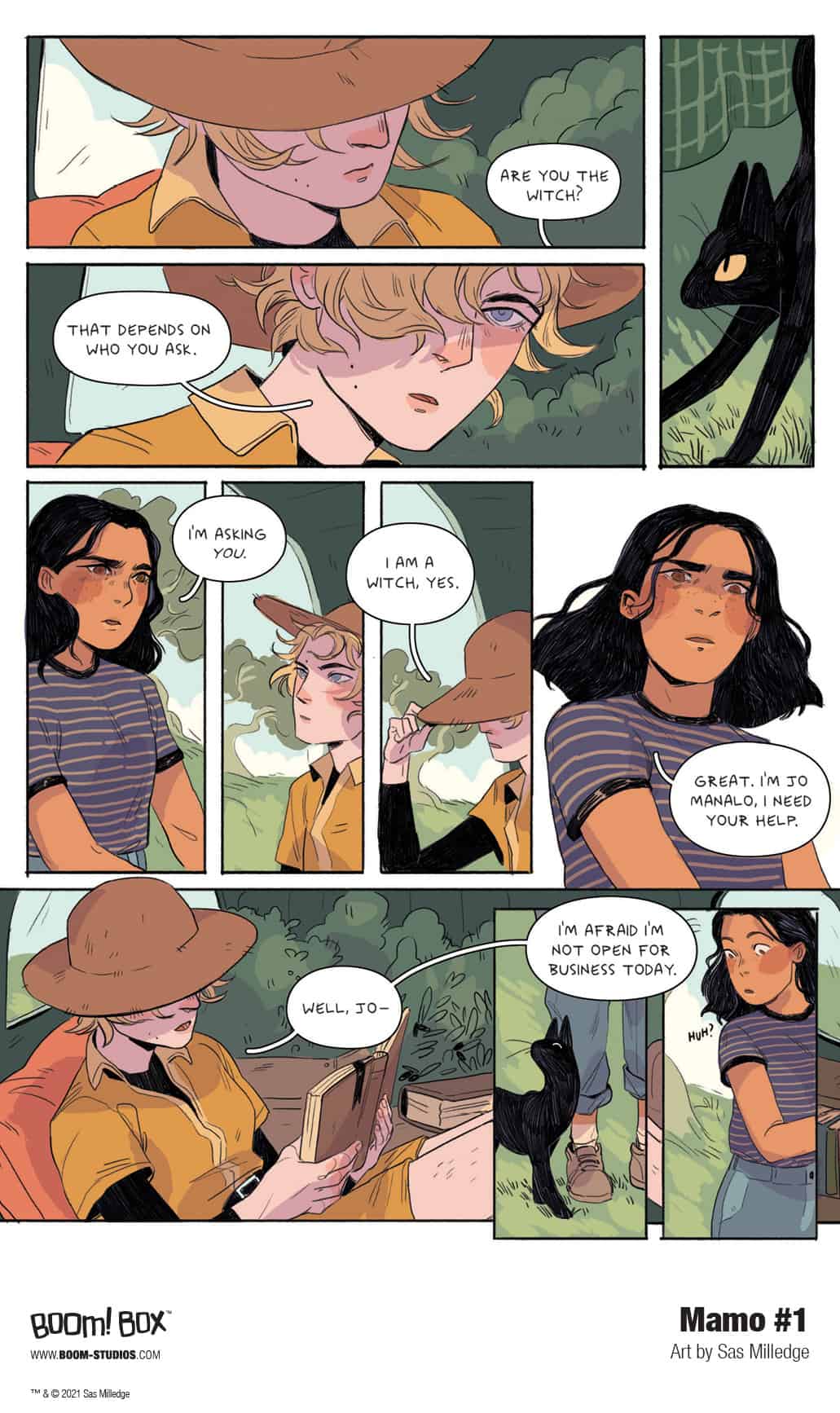 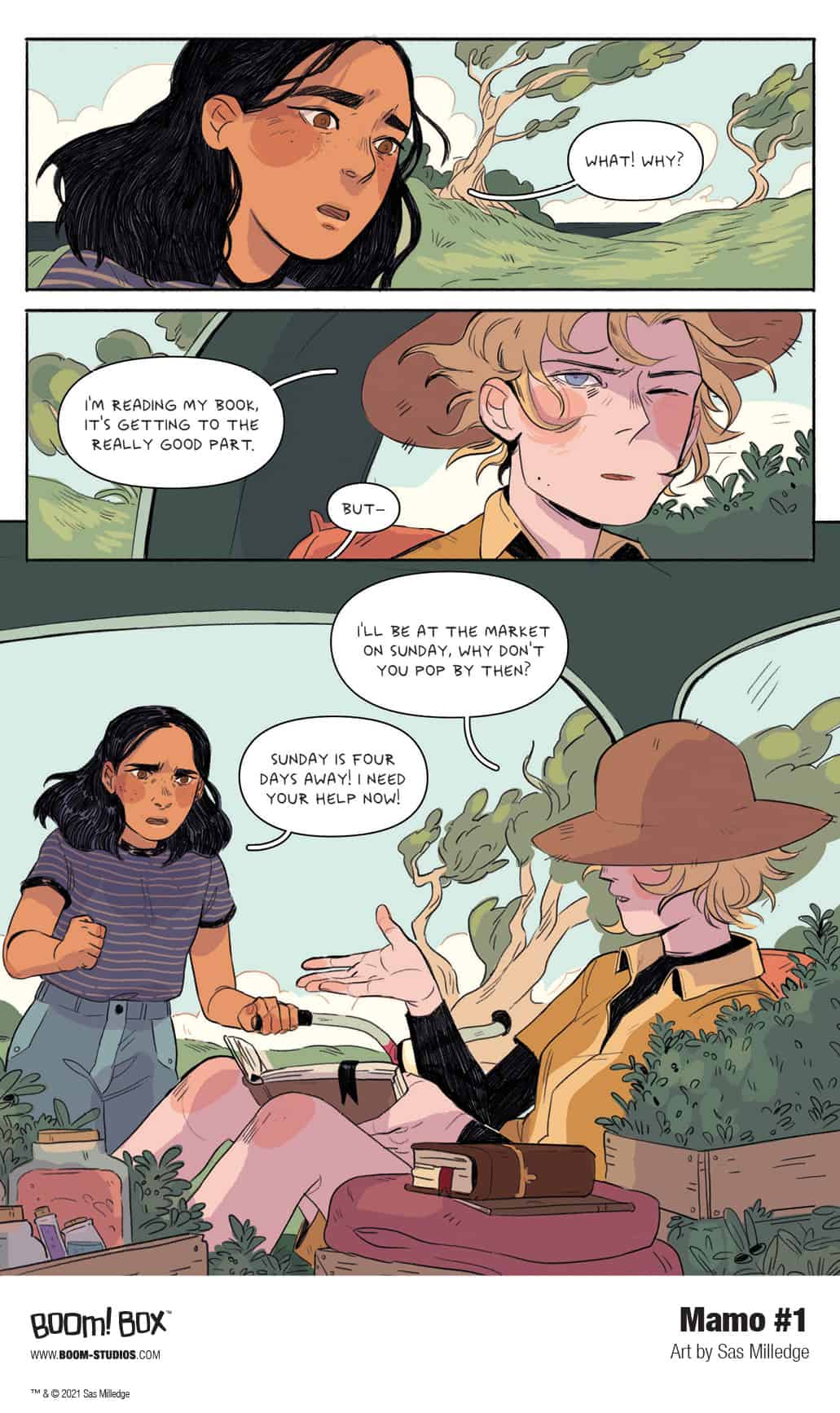 Print copies of MAMO #1 will be available for sale on July 7, 2021 exclusively at local comic book shops (use comicshoplocator.com to find the nearest one) or at the BOOM! Studios webstore. Digital copies can be purchased from content providers, including comiXology, iBooks, Google Play, and Kindle.

For continuing news on MAMO and more from BOOM! Studios, stay tuned to www.boom-studios.com and follow @boomstudios on Twitter.