STARMAN COMPENDIUM ONE RUNDOWN: Worth The Price? 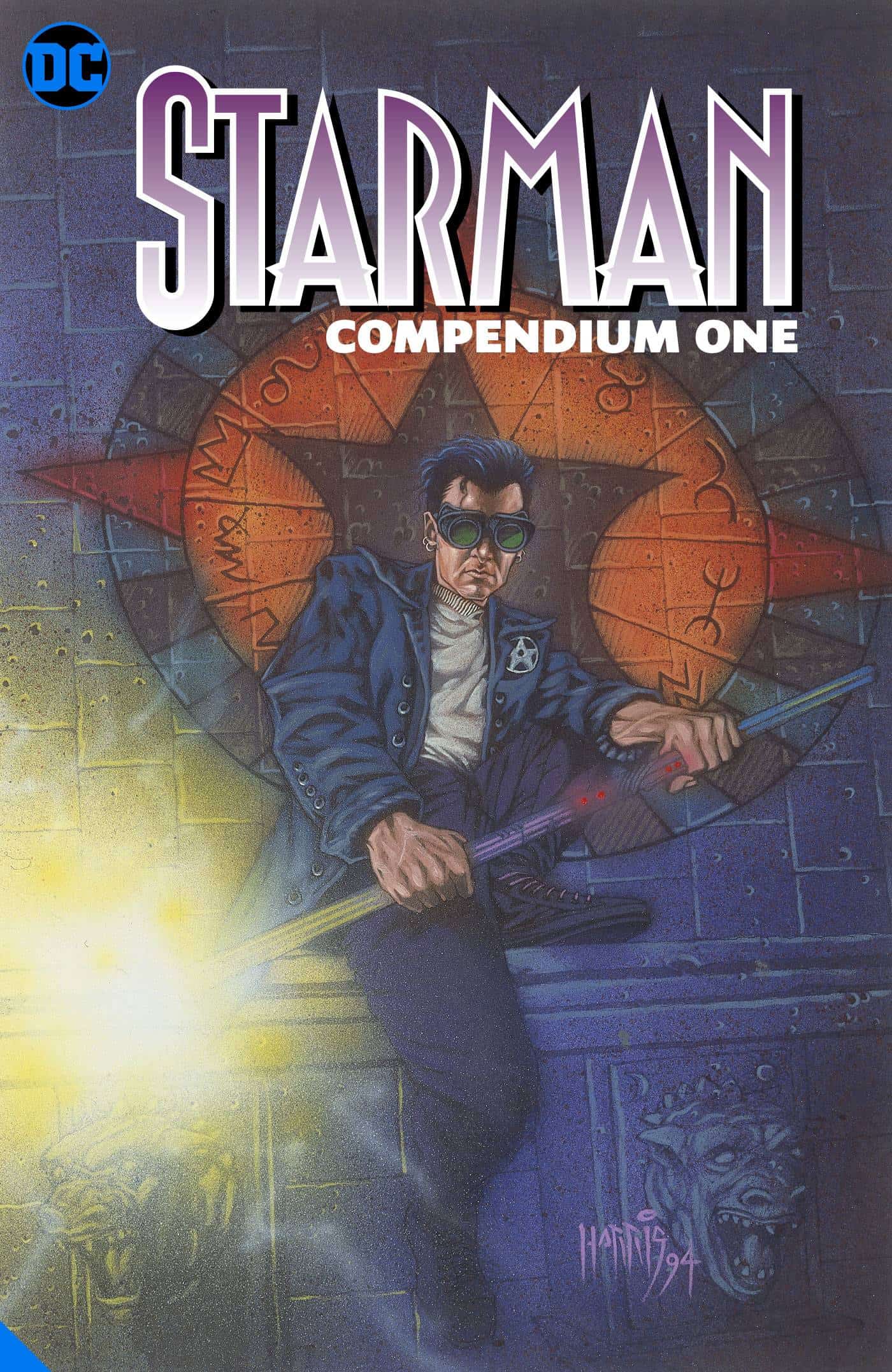 Starman Compendium One released this week, giving curious readers and long-time fans a way to read the series that doesn’t involve expensive out-of-print hardcovers, paperbacks collecting issues out of order (this practice was frustratingly common in the 90’s, Astro City did something similar), or hunting down individual issues. For $60USD, it could be an amazing bang for your buck.
Should you buy it? Read on to find out!

What is this series?
Written by James Robinson and drawn primarily by Tony Harris and Peter Snejbjerg, Starman Volume 2 debuted after the end of DC’s Zero Hour event as part of Zero Month, which recounted heroes’ origins (like Detective Comics #0), or introducing readers to new characters, as in Starman #0. It ran for 83 issues (counting #0, #1,000,000, and the “resurrected” #83 from the Blackest Night crossover), had two Annuals, an 80-Page Giant, a crossover with The Power of Shazam, and a miniseries starring The Shade.
The series focuses on Jack Knight, the younger son of Ted Knight, the original Starman. After his brother’s untimely death at the start of issue #0, Jack reluctantly takes up the duty of being Opal City’s hero.
Throughout the series, he faces off against foes old and new, teams up with heroes from many eras of DC Comics to that point (Batman, the first Sandman Wesley Dodds, two other heroes who held the mantle of Starman, Adam Strange), and learns to accept the legacy foisted upon him.

Why is it important?
Starman is regarded as a lesser-known classic in the canon of comic books. The overarching theme of the book is the nature of legacy, our relationship to the wider past and our own, and how we can become our own people while living in the shadows of others. It’s a thoughtful book, with a strong emotional core between Jack and his father Ted. There’s plenty of action and adventure, all wrapped up in a beautifully illustrated package.

Why is this collection getting printed now?
Possibly to capitalize on the popularity of the CW’s Stargirl tv show, but also it’s been a solid decade since its last reprinting. There are paperbacks available in used bookstores, but they are on low-quality newsprint, collect issues out of order, and some are much harder to find than others.
This book has had a bit of an adventure getting into my hands.
Before the Compendium was announced, a deluxe hardcover omnibus edition was announced, and then cancelled. The Compendium was announced in mid-2020, delayed in October 2020, and then released on August 31, 2021.

What’s good about the collection?
It’s 1448 pages of one of the greatest comics of the 90’s. It’s bound well, the paper quality is great, allowing the art to really shine, and it’s an enormous value for what you get. It’s every issue, arranged in the correct order, with a very straightforward presentation. If you’re looking to read Starman, you won’t find a better deal.

What’s bad?
As jam-packed as this book is, you are only getting 1448 pages of one of the greatest comics of the 90’s. If you’re looking for backmatter to enhance the experience, you’re out of luck. There is nothing besides what’s collected here—no text pieces like forewords or afterwords, no sketches or other documents, no extras at all to speak of.This is a frustratingly bare-bones collection, especially for such a beloved series.

What’s ugly?
The letterers aren’t listed in the credits pages preceding each issue, and the in-comic credits have been removed from several issues. As someone very interested in lettering and the visual design expertise required to do such a job, not knowing who worked issue to issue is a pretty serious oversight, and deeply disrespectful to the letterers who worked on the series, which includes all-time greats like John Constanza, Gaspar Saladino, and John Workman.

Final Verdict
However, even with those flaws, I can’t do anything but enthusiastically recommend this book as a must-buy for anyone interested in the series. This is the best reprint of the series yet, packed to bursting with over 50 issues worth of story and art. The lack of any extra material to make the it into a more full experience is frustrating, but being able to hold a book covering half of a hard-to-find series is more than worth anything it lacks.
If you have even a passing interest in the series and the $60 to purchase it, buy it now.

STARMAN COMPENDIUM ONE RUNDOWN: Worth The Price?