Still Bi: A Bisexual Anthology, A Wide Community Expressing Itself

The second installment of the Bi Visibility anthology, titled “Still Bi”, available for preorder after a successful Kickstarter campaign, has no less than 17 brand new stories that expand on the journey started on the first Bi Visibility anthology. The focus gets wider and the predominantly vibrating, confessional, indie art is joined by superhero comics, Victorian horror, cyberpunk levity and more. 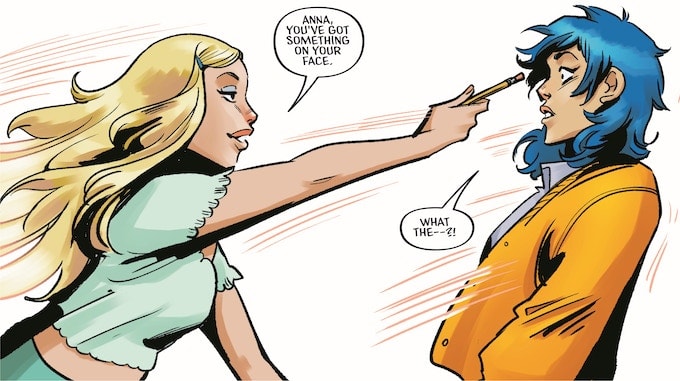 The strong suit of this second anthology is how different all the stories are and how it creates a dialogue with bisexual representation on media and on comics in particular. ‘Sparrow Annual #1’ (Phil Falco, Moy R., Charlie Kirchoff) tackles the Robin bisexual “debate” with wit, clever responses to every biphobic argument and a touch for the meta-comic style, while ‘#BiTheWay’ (Jerome C. Keith, Dominic Bustamante) in some way breaks the superhero/fantasy world veil showing the real risks of coming out as a public figure of any kind. In a similar vein, ‘Bi-Erasure’ (Wells Thompson, Lisa Sterle, Charlie Kirchoff) and ‘Slice of Life’ (Kat Calamia & Phil Falco, Valeria Peri) talk about the paradox of bisexual invisibility and show community solidarity and exclusion. The visual in those stories are particularly poignant, as the utter sadness of the panel in which Anna’s eye gets literally erased hits like a casual familiar day-to-day terror, and the beautiful show of the pan and lesbian flag in solidarity and romance at the end of ‘Slice of Life’ strikes as another part of daily life made extremely relevant. Both ‘Slice of Life’ and ‘Trinity’s Eyes’ (Pat Shand, Elena Ominetti)  come as spin-offs of ‘Slice of Life’ (the webcomic of the same name, with an enamel pin campaign running right now on Kickstarter) and ‘Destiny, NY’, enriching their respective universes with focus on its explicit pan and bi characters. 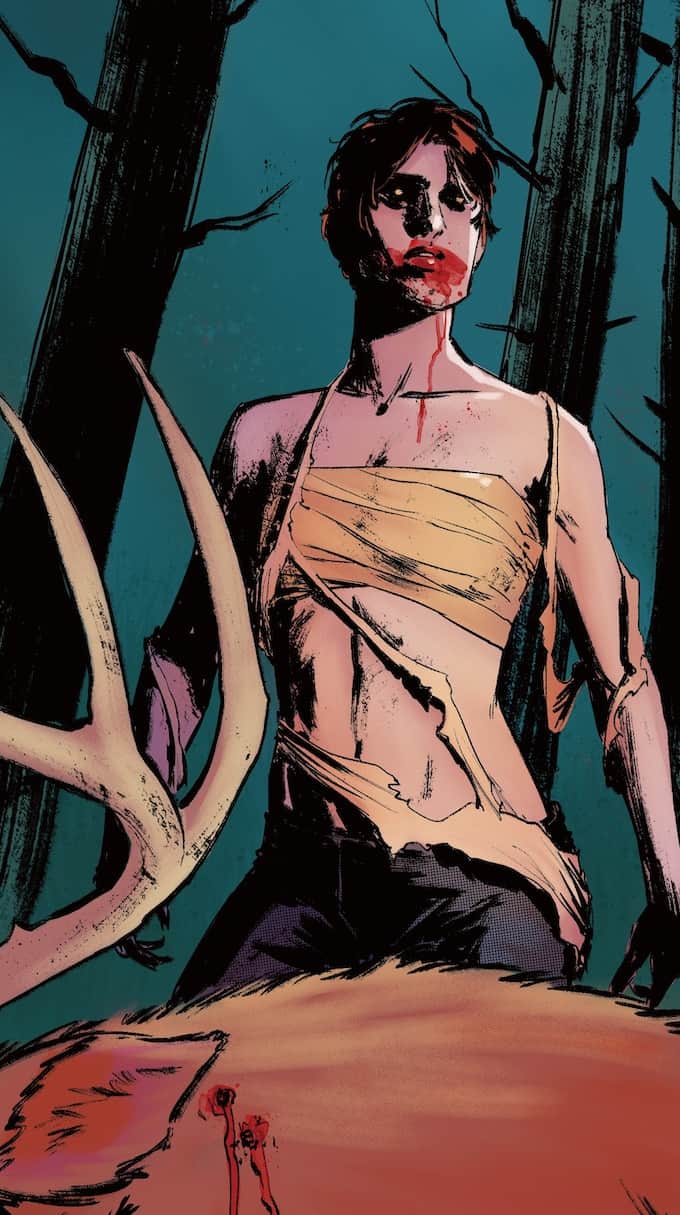 Among my personal favorites, ‘Portrait of the Vampire’ (by Dan Falco, Chris Shehan, Katlyn Gonzalez) roots in the historical realities of trans and queer people in Victorian eras (beautifully represented by myths, like the vampire, that in that era were written and pioneered by bisexual people themselves) with a dark, gloomy art that settles the mood, but also beautifully represents the characters. The way it uses painting and mirrors feels so poignant and relevant to its subject issue, that it sends chills down my spine. In a similar way, ‘The One’ (Kat Calamia, Craig Cermak) offers a bisexual polyamorous perspective, exploring feelings for two people at once and mononormativity in the context of bisexuality without reinforcing stereotypes. This story comes not at the detriment of bisexual and polyamorous people, but to the enrichment of both, and works as a criticism of the ideal of “true love” sold by those TV shows (and the pressures the shows themselves put on their protagonists), and also as an exploration of the possibility of loving two people at once in a sincere, heartfelt way. Compared to the first anthology, perspectives that are more on the margins and go against cisnormativity and mononormativity get a more nuanced representation here, like on these two examples or on the story ‘Label: Me’ (dinofries, Kate Brown), although there’s still a path for more varied stories that fall outside of those normative lines. 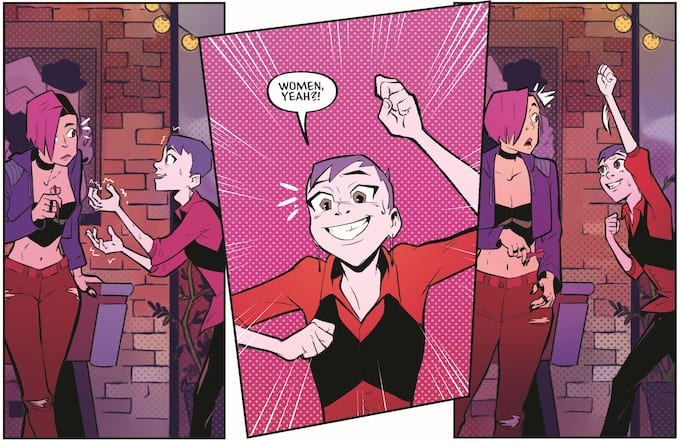 The strong suit of “Still Bi” is not only how visually engaging and bombastic it is (laced up by Taylor Esposito’s awesome lettering) but also how none of its comics feel like “the” representation but a face, a look at, a side of it. From naif self-discovery on ‘MissMatch’; (Patrick R. Hicks, Christopher Peterson, Katlyn Gonzalez) to queer people dating each other through self-discovery in ‘You’d Leave’ (Julius Dulinayan, Maru Davalos), which continues a story from the first volume of Bi Visibility ; to growth and resilience in ‘Evergreen’ (Daisy Ravenel, Gabriela Gutiérrez) with a stunning, plant-metaphor-art accompanying it; to one of the most adorable and joyously punk fuck-up stories in ‘Jeannie the Heartbreaker’(L.M. Beuthe, Zuzanna Lewandowska), this anthology has something for everyone’s queer heart.

Still Bi: A Bisexual Anthology, A Wide Community Expressing Itself