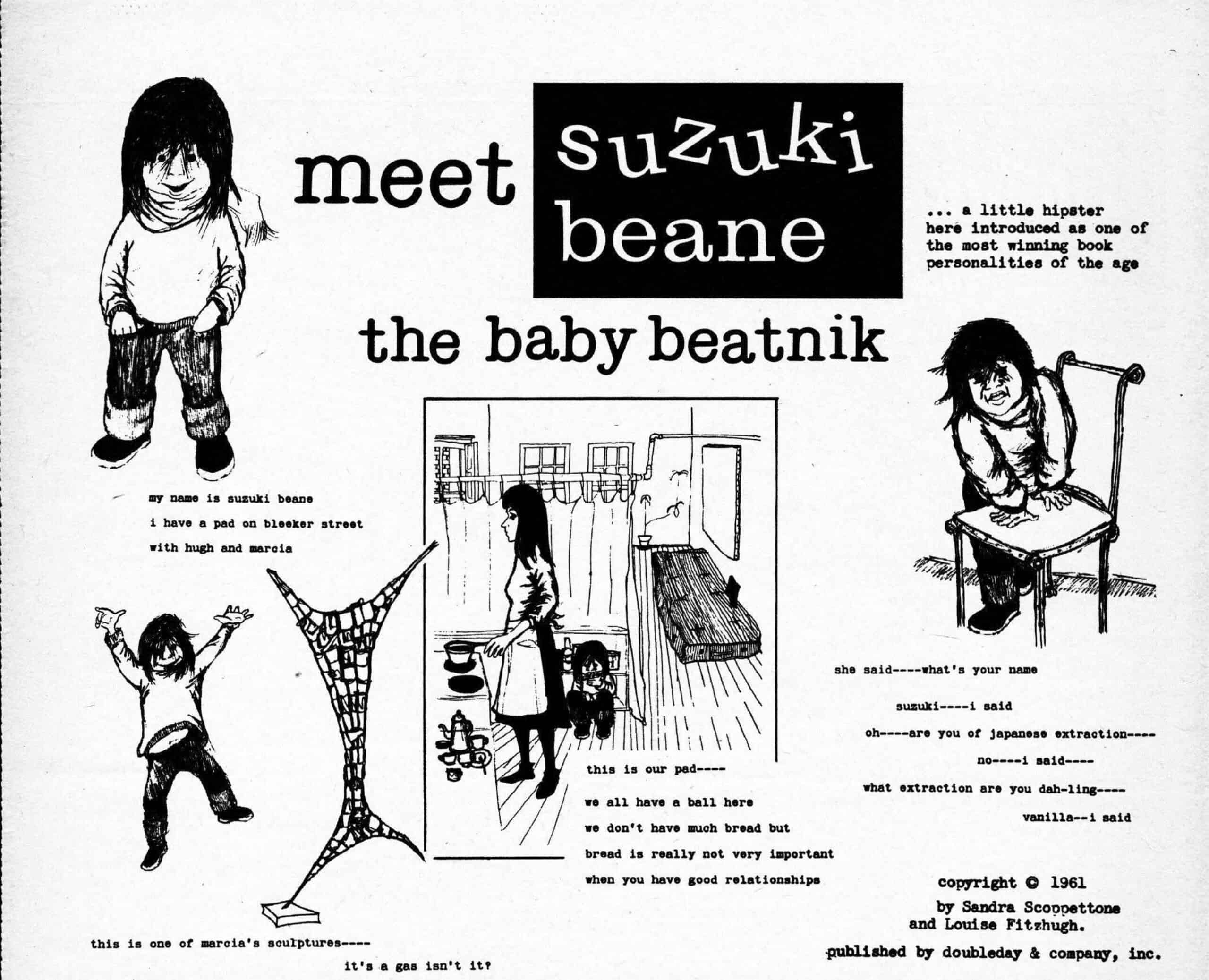 Suzuki Beane is a comic published, originally, in 1961, licensed by Desilu Studios with an eye towards a sitcom, eventually reformatting the footage to run during Victor Borge Comedy Theatre. The artist, Louise Fitzhugh (writer of Harriet the Spy and Nobody’s Family Is Going to Change), died in 1974, at the age of 46. The writer, Sandra Scoppettone (Beautiful Rage; The Late Great Me) has continued to write into the 21st Century, but sold the rights to Suzuki and her world to David Teague. Largely kept out of print, the original Suzuki Beane, a parody of the illustrated children’s books about Kay Thompson and Hilary Knight’s Eloise, which had begun publication only six years earlier, with the initial Eloise, Eloise: A Book for Precocious Grown-ups, being, as the title says, marketed to adults, and itself parodying children’s books. Like Suzuki, Eloise was and is just as aimed at children as adults. Suzuki is adult, in the sense that suicide is mentioned and Jack Kerouac, but the gag, really, is that some kids know what suicide means and some kids know who Jack Kerouac is. 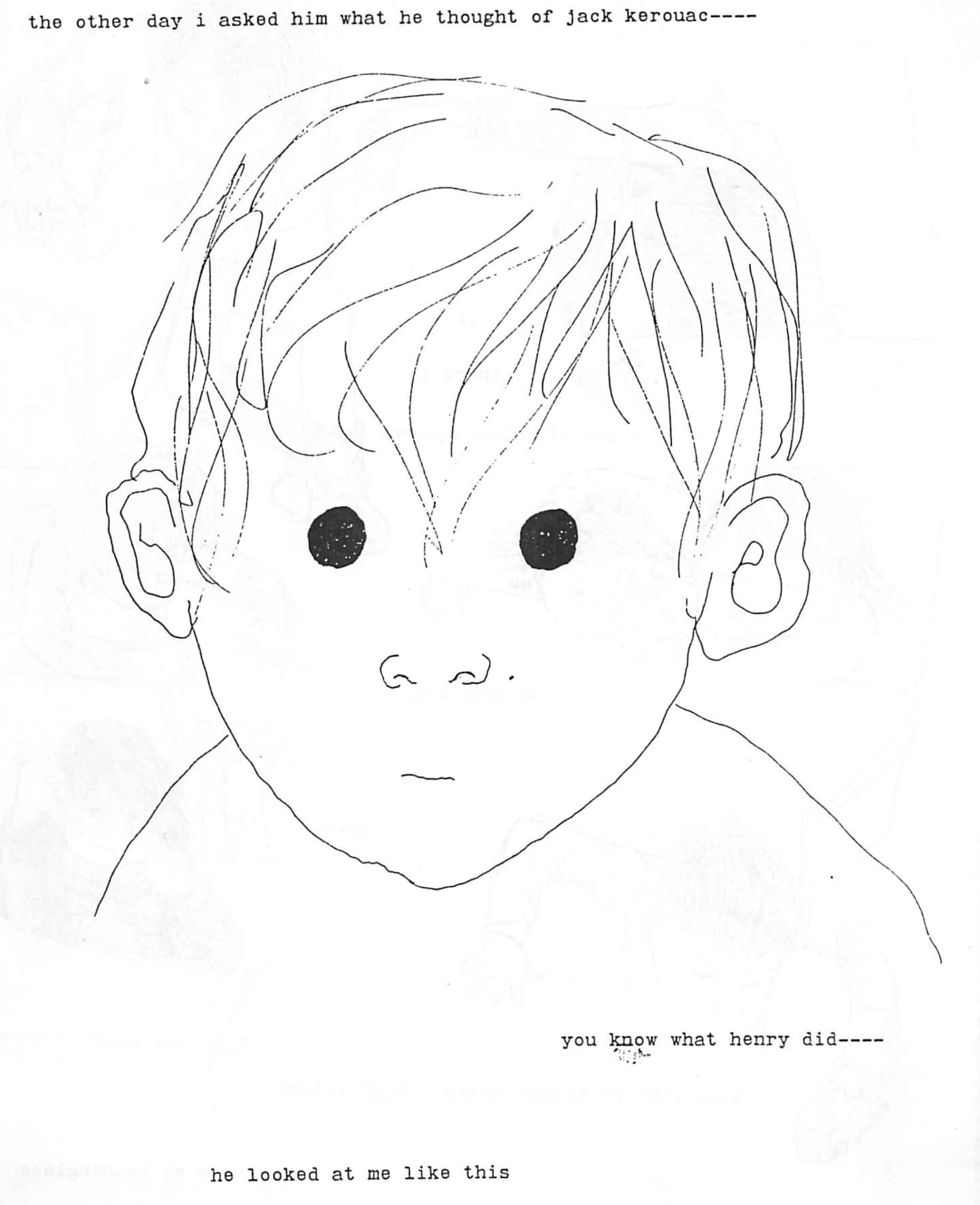 Suzuki Beane tells us about this boy in her class.

Suzuki lives with her parents in a squat, mirroring Eloise in the Plaza Hotel, and the reason I call it a comic, as opposed to an illustrated book, is that, unlike the Eloise books, it is not an artist illustrating a writer, but artist and writer working intimately to shared ends. The art is as necessary as the writing, if not more, and no scene makes as much sense without both.

While Jack Kirby and Stan Lee were making Fantastic Four #1 and launching that Marvel Age of Comics (an adjunct to the secondhand-collector market’s “Silver Age”), two lesbians were making a comic about a little girl who has deep thoughts on beat poetry, avant garde sculpture, and her annoying teacher who puts a dunce cap on her and “ought to marry pat boone.” 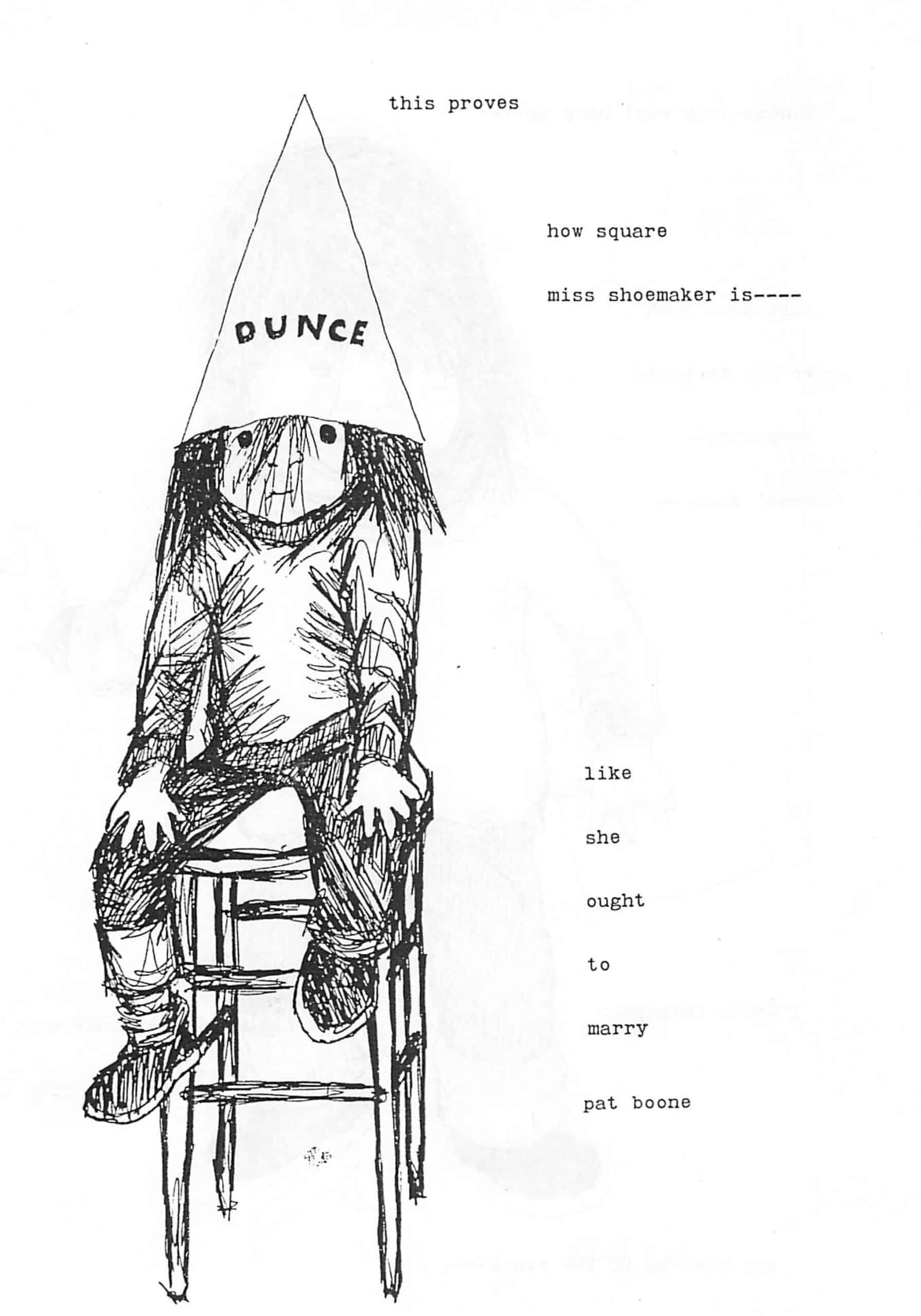 Suzuki tells us about her teacher. A real square. She ought to marry Pat Boone.

Suzuki does not use traditional capitalization. She uses capitalization for affect, and she chooses the effects she wants it to have. Her art, for most of the art is in-story by her, is always designed for the effects she wishes it to have. Exaggerations, simplifications, and focus of elements are artistic, intelligent, and consciously from the perspective of one specific child: Suzuki Beane.

Passages in Suzuki Beane address comics directly, whose parents approve, whose parents disapprove of them. Their existence and their use as a cultural currency amongst kids.

Right now, many copies of the out of print Suzuki run hundreds of dollars. Photocopied and other illicit editions are traded more freely. I leave that to you all to decide which is more in the accurate spirit, and am only noting two routes.

If the television pilot had become a series, would the book stay in print? If both happened, would there be as much bite or love for it as there is now? Love measured within individuals, not en masse? Does one matter more than any other?

Beloved by fans, well-remembered and nostalgia-bait for certain types of now-adults, Suzuki’s confessional comic can still entertain children and adults new to the book, today. There are households where a good Allen Ginsberg reference still has collateral and where your friend’s stricter parents exist. Thankfully, we use dunce caps a lot less, but a teacher who shames you? Those are not few nor far enough between. 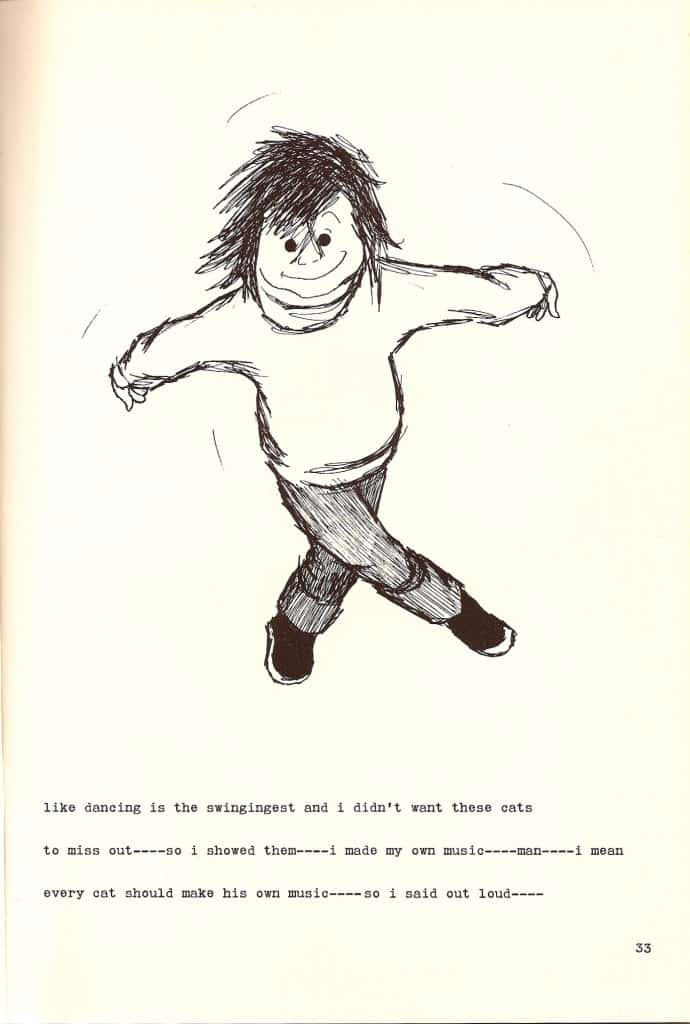 When Suzuki tells us how Henry, her friend and a local boy, responded to her disdain for television, she presents his expression growing, changing, enhancing over five pages of close-up faces before jumping back on the sixth page to show them both in the second after Henry punched her. But, more honestly, while she said television was “a product of the materialistic breadgrabbers,” what she really is saying, is that Henry’s family, his parents, are those breadgrabbers, who reflect, “the false values of the typical American.”

When his response and his mother’s response to him both annoy her, she swears, and blames the ellipsis in place of the swear on “square publishers.”

Henry and Suzuki are a trip, because the world is a trip and that was no less true in 1961 than it is now. They react to life with judgment, condescension, physical violence or self-elevation because the world does. Their parents do. The people on television. Neighbors. Their teacher.

Suzuki Beane, living on Bleeker Street years before Doctor Strange will, is as much in flux as anyone, and being a kid, still, does not change the value and temerity of the flux. The world fluxes you up.