The Bougie Life of Franklin Richards

Franklin Richards accepts Earth’s Sorcerer Supreme, Dr Stephen Strange, his big fancy home, magic powers, Asian manservant whose only real personal narrative has been the existence then death then bony dragon afterlife of a single lover. But, a Stephen Strange in a dress? Momentary discomfited.

Franklin understands planet-consuming monster gods, predatory despots, evil doubles. But, as a mutant, the only mutants he ever really has contact with are those half-adopted by his parents. 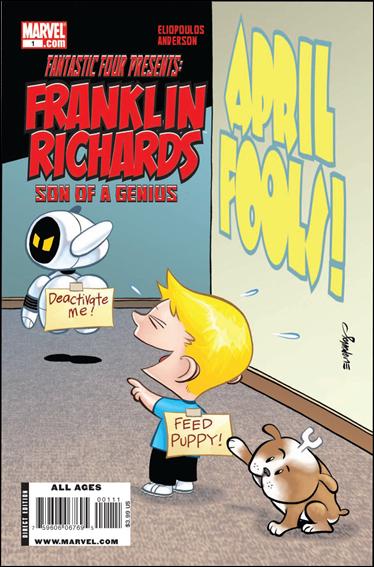 Franklin has a bohemian aunt, clearly of mixed heritage, her skin not the Anglo pink of his parents, who he pretty much never sees any more.

Franklin Richards, mutant, knows so little about other mutants, mutant communities, that in a universe his mind and memories created, Wolverine and Hawkeye might be one person.

Franklin Richards has grown up, largely, living in Manhattan, ignorant of Manhattan.

Franklin has shared a panel with more aliens than people of color.

Franklin has spent the last ten years of his youth abroad.

Franklin’s Unca Johnny, an adult with so little agenda other than fighting on adventures and partying, Franklin’s mother had to assign her brother a real job.

Franklin’s uncles are a man who lusted frustratedly for his mom even while she was engaged and a man who married the identical twin of his own sister.

Wanting a quieter life for their son, Franklin’s famous parents took him upstate and pretended to be of simpler lives and a lower income bracket.

Franklin has been kidnapped by relatives, by family friends, family enemies, and his parents have, at different times, embraced almost every one of them, regardless.

Franklin has more family friends who have hit their domestic partners than he has had on-panel conversation with different mutants.

Franklin has more family friends who have hit their female domestic partners than women who were struck by or have struck their partners.

Franklin Richards could be Woody Allen’s son in any Woody Allen production.

Franklin Richards is now older than five or six or seven, but should he be? The role he was created for was baby, a signal of real future, of progress for his parents, his uncles. He cements the comic his family most often occupy, Fantastic Four, as a family book, and while his awkwardly suspended aging has been a joke amongst fans and audiences and critics for decades, aging him to young adulthood in the Nineties, and raising him to teens now, gains us what? Gathers up what moss that justifies rolling over that stone? 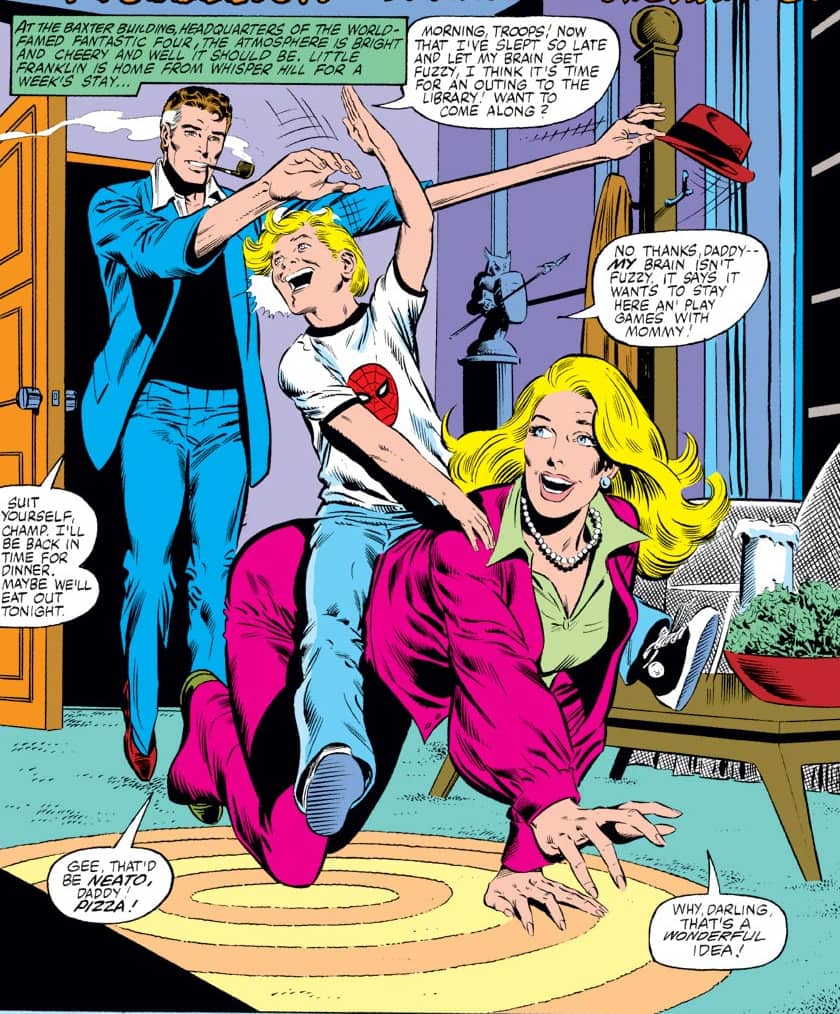 The Bougie Life of Franklin Richards