Nine months after her mysterious disappearance, Faith suddenly drops back onto the map. While the art world debates whether her absence was a masterpiece of performance art or just a publicity stunt, Faith retreats to Louis’s studio to recover from her journey into the unknown. But soon her best friend Ginny begins to realize that something is very much amiss with Faith. Where was she for nine months? And why does Faith suddenly seem so obsessed with Ginny’s son Jacob?

FAITHLESS III #1 features main cover art by series artist Maria Llovet, an incentive variant cover by Jenny Frison (Wonder Woman), and the first in a series of erotica variant connecting covers by acclaimed artist Kris Anka (Spider-Man) that will be polybagged and not publicly previewed due to sexually explicit material. Each erotica variant cover will be limited to its initial print run and will not be reprinted or collected in any subsequent formats. All issues of FAITHLESS III will continue this variant cover program with similar content, limited release, and packaging.

FAITHLESS III is the newest release from BOOM! Studios’ eponymous imprint, home to critically acclaimed original series, including BRZRKR by Keanu Reeves, Matt Kindt, and Ron Garney;  Something is Killing the Children by James Tynion IV and Werther Dell’Edera; Once & Future by Kieron Gillen and Dan Mora; We Only Find Them When They’re Dead by Al Ewing and Simone Di Meo; Seven Secrets by Tom Taylor and Daniele Di Nicuolo; Dark Blood by Latoya Morgan and Moises Hidalgo; Eat the Rich by Sarah Gailey and Pius Bak; Maw by Jude Doyle and A.L Kaplan, and Regarding the Matter of Oswald’s Body by Christopher Cantwell and Luca Casalanguida. The imprint also publishes popular licensed properties, including Dune: House Atreides from Brian Herbert, Kevin J. Anderson, and Dev Pramanik; Mighty Morphin and Power Rangers from Ryan Parrott, Marco Renna, and Francesco Mortarino; and Magic from Jed McKay and Ig Guara.

Print copies of FAITHLESS III #1 will be available for sale on February 9, 2022 at local comic book shops (use comicshoplocator.com to find the nearest one) or at the BOOM! Studios webstore. Digital copies can be purchased from content providers, including comiXology, iBooks, Google Play, and Kindle.

For continuing news on FAITHLESS  and more from BOOM! Studios, stay tuned to boom-studios.com and follow @boomstudios on Twitter. 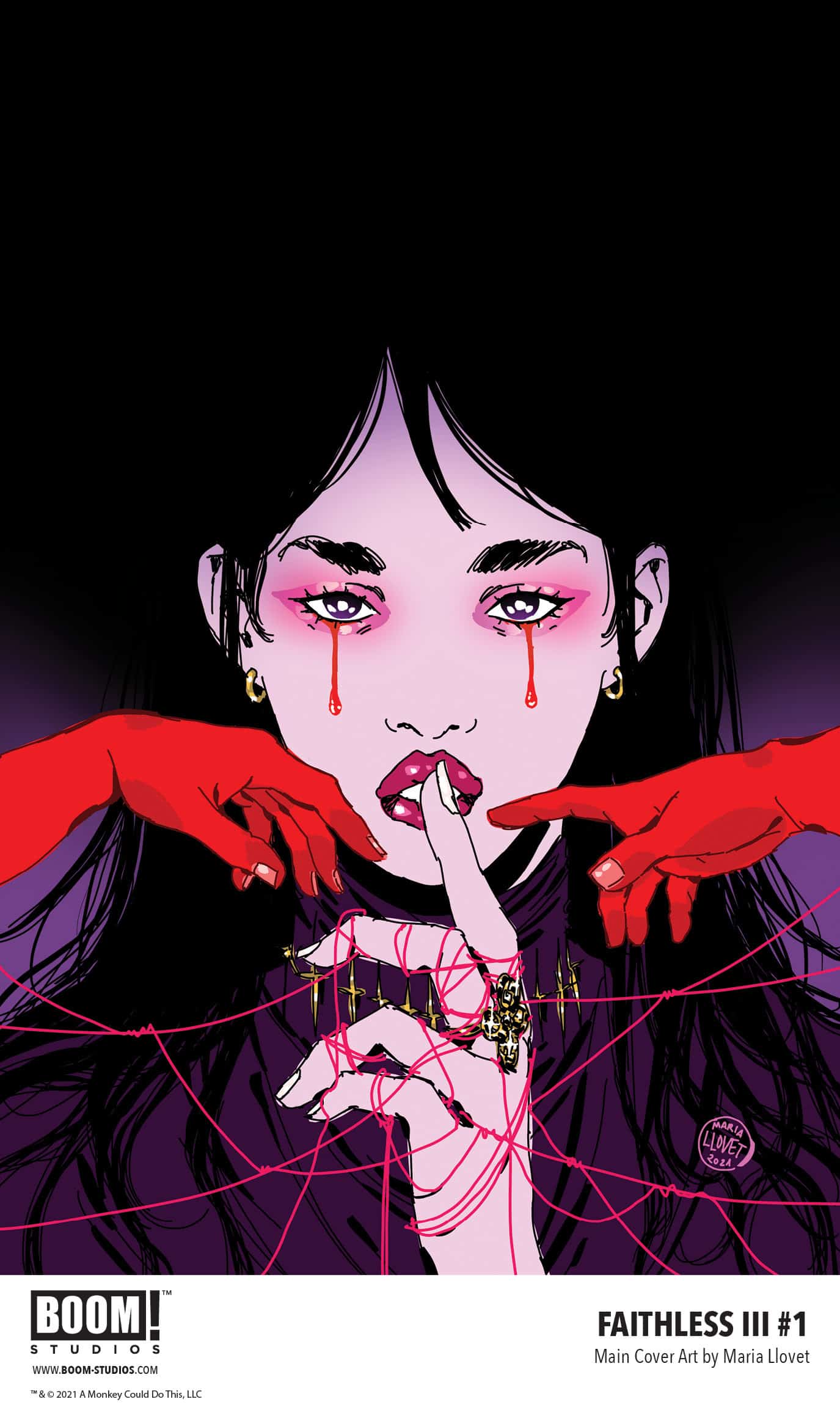 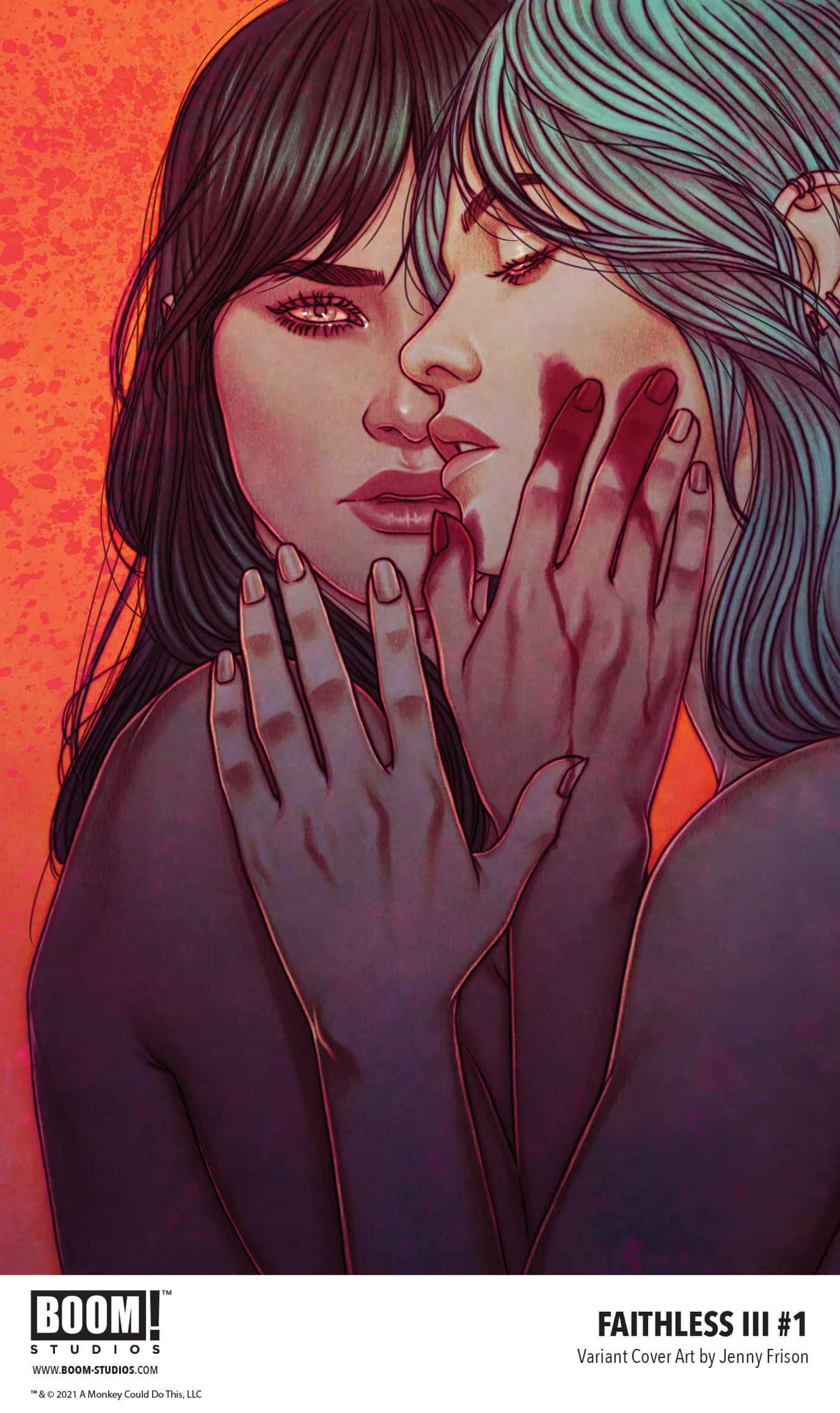 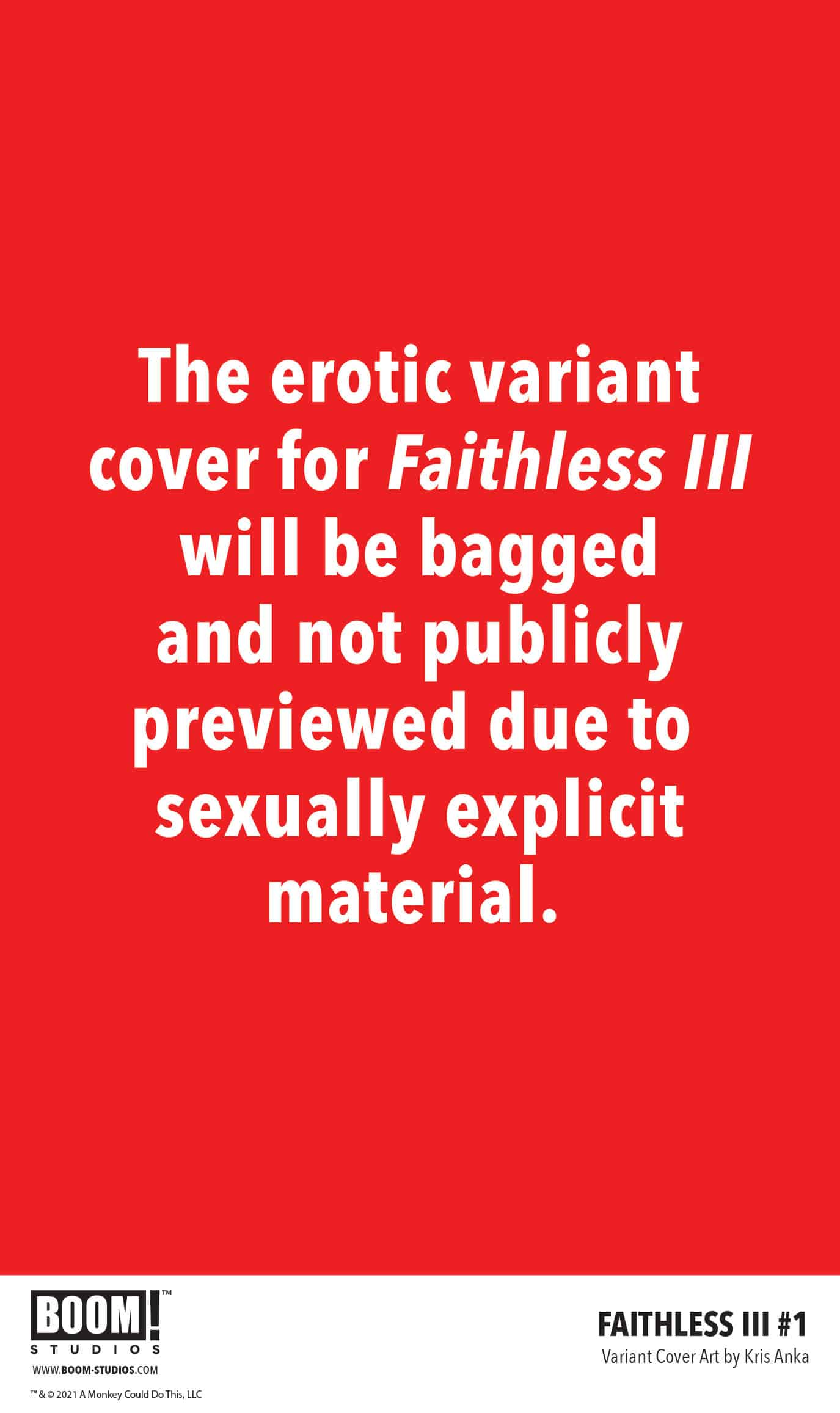 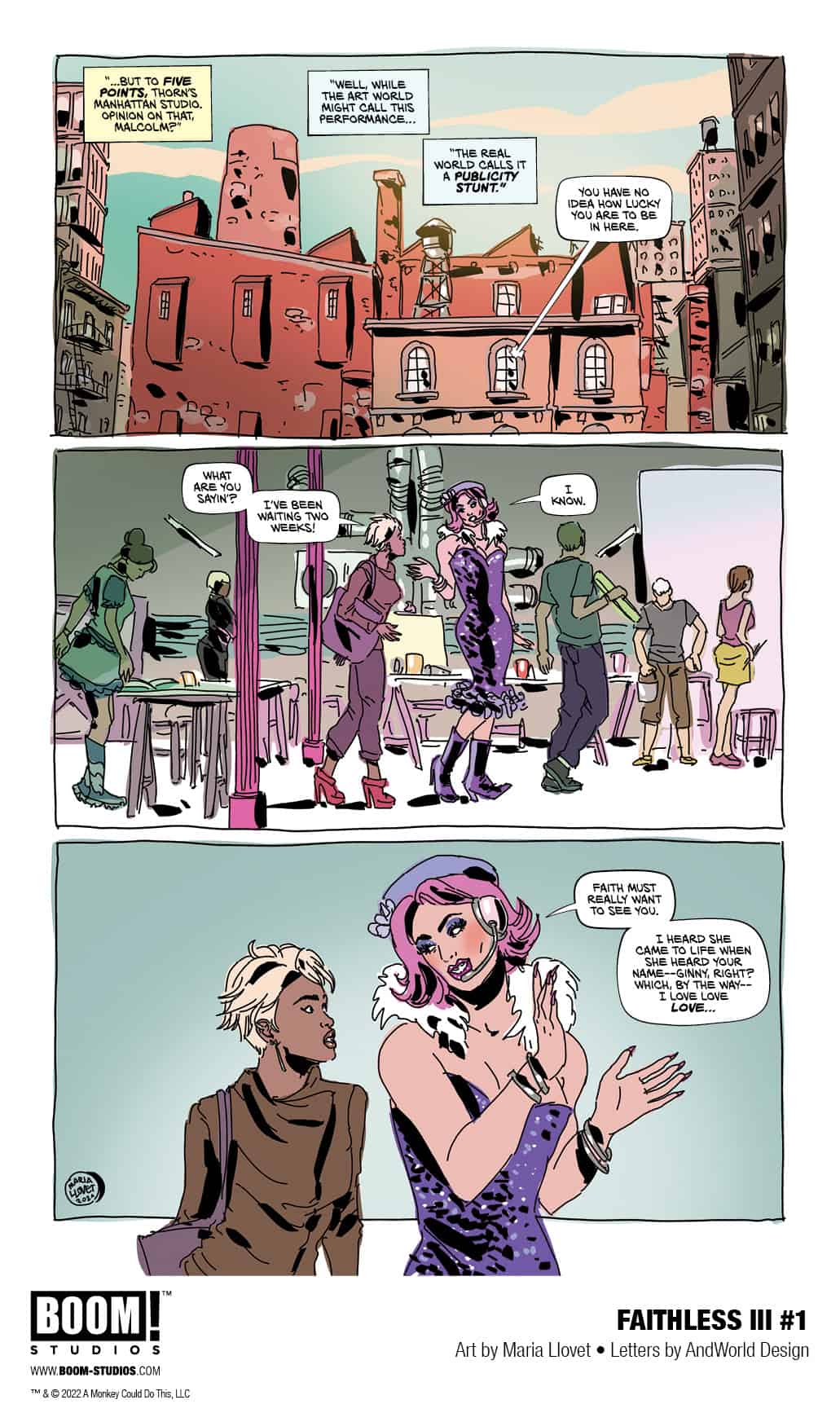 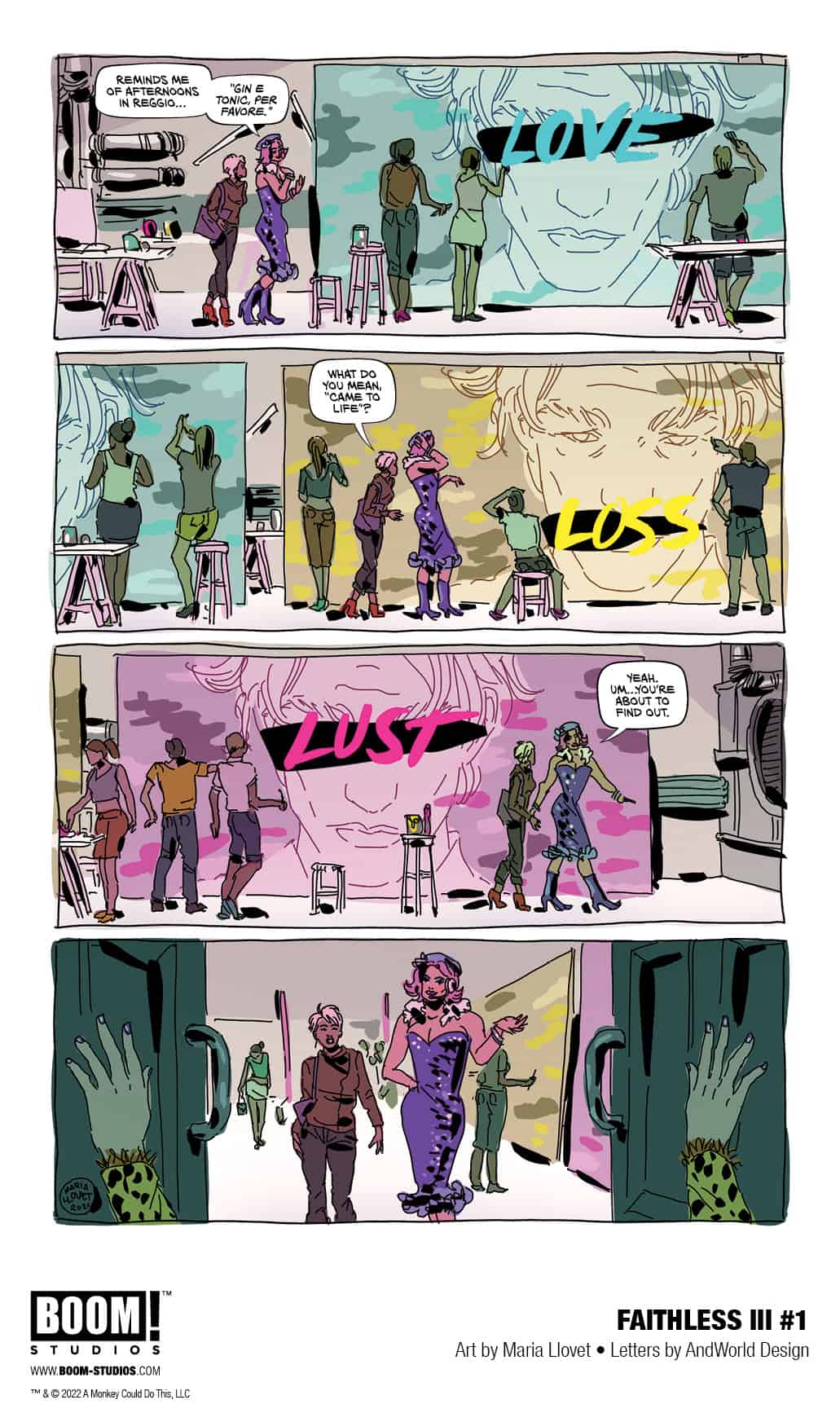 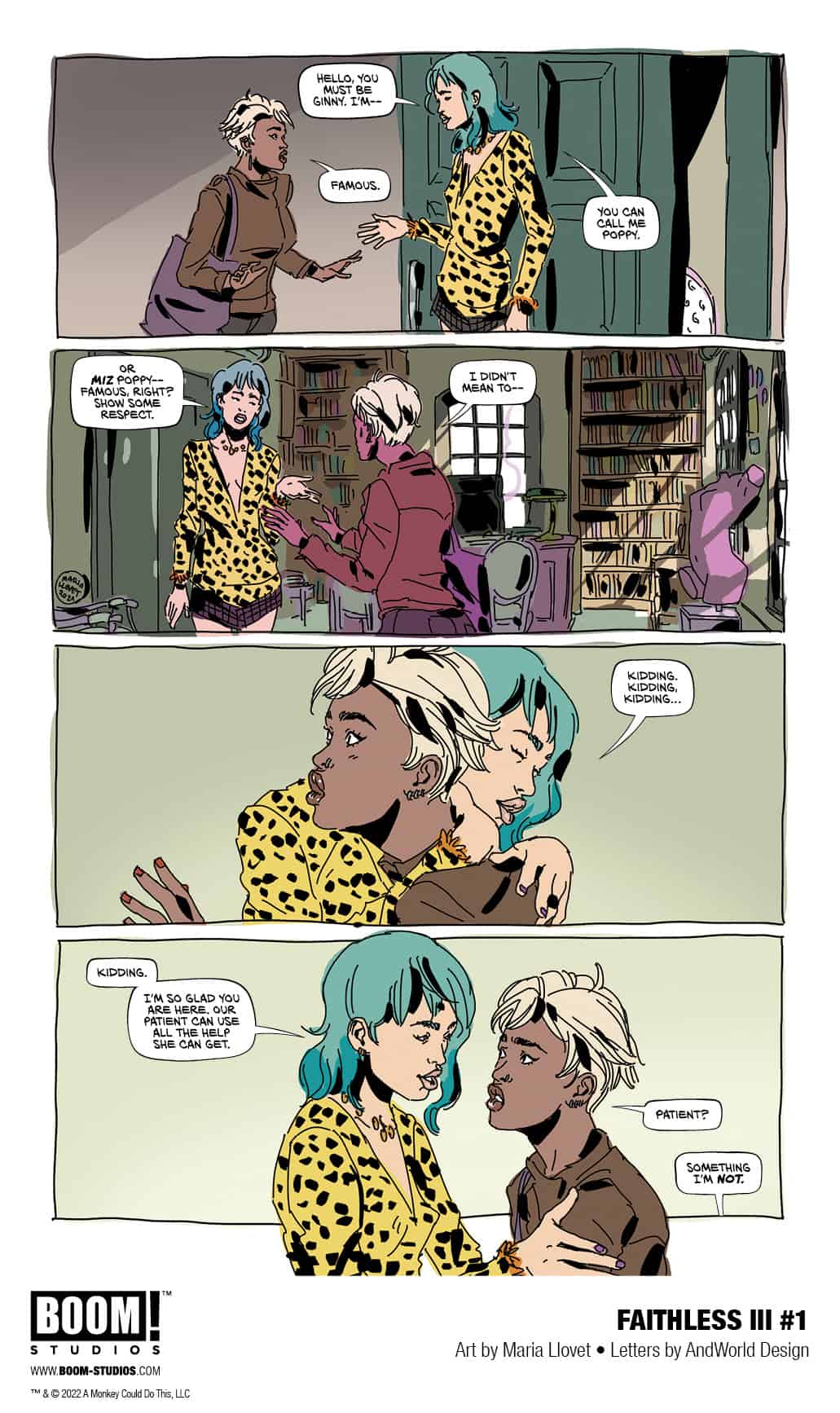 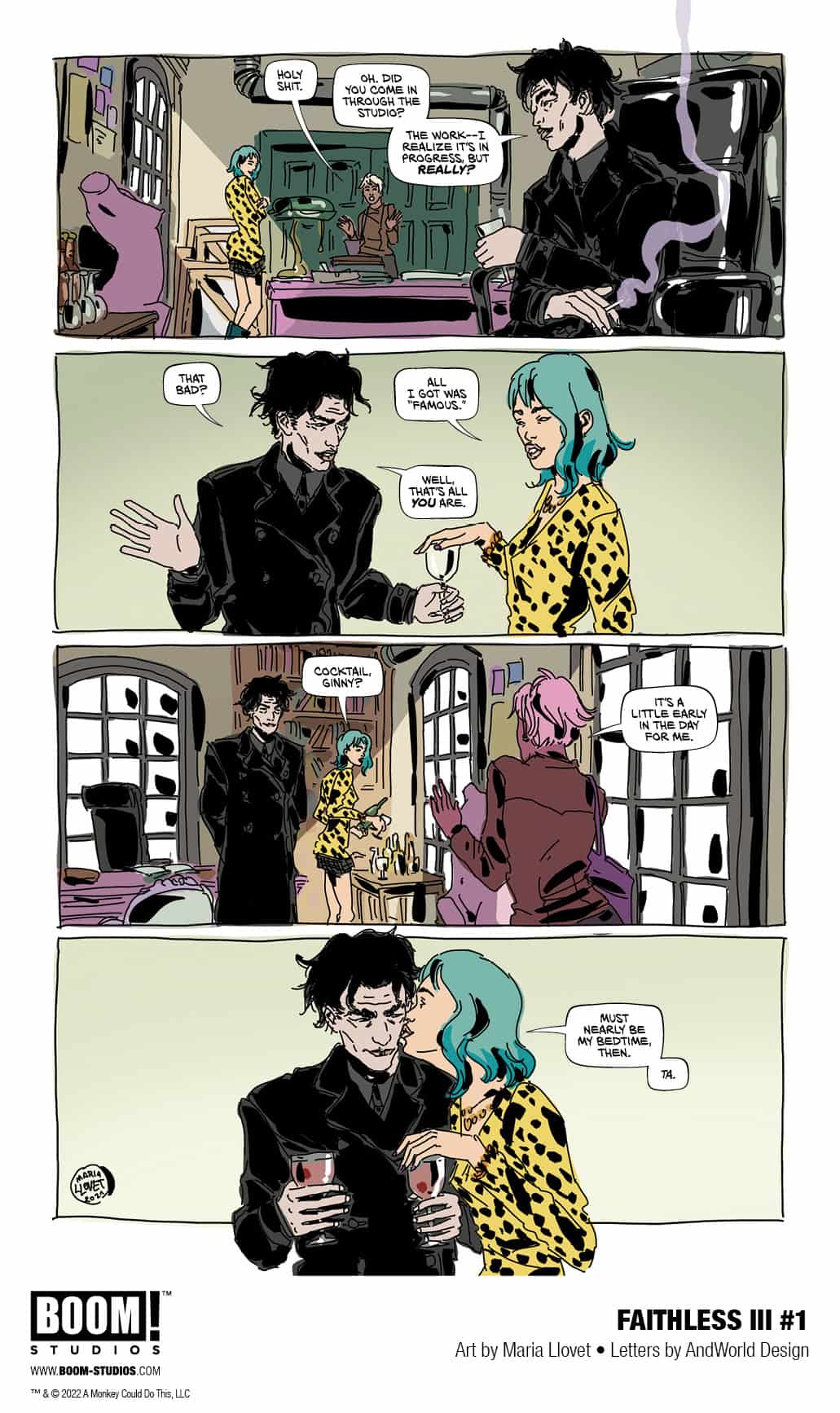 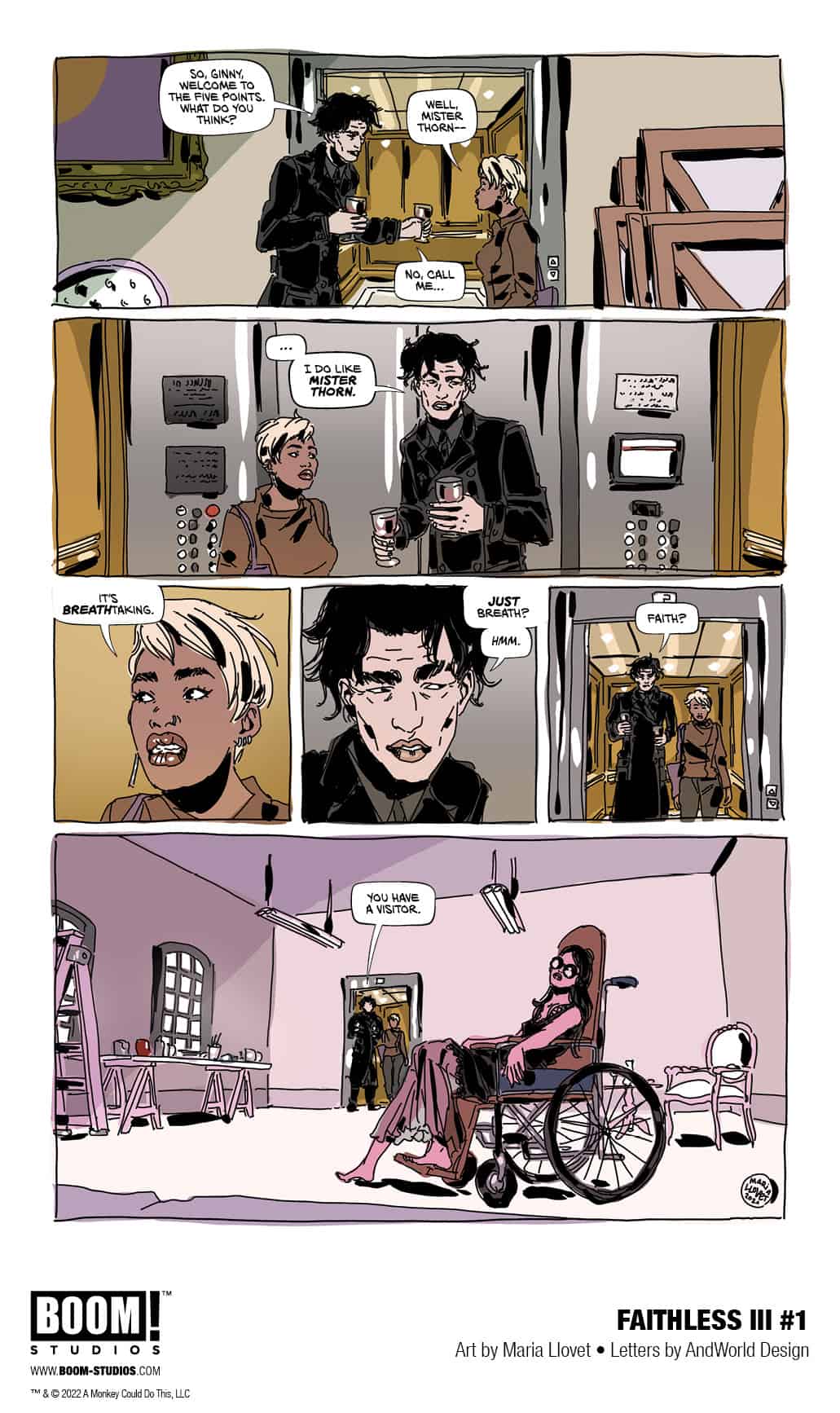