The Fourth World vi: Make of This What You Will

Hot and sweet. Gourmet and fast food. Art and kitsch. Art and entertainment. Entertainment and fun. For fun; for work. For betterment; guilty pleasures. Gilded lilies. Gilt guilt. Gold leaf cake. Having your cake and already having ate it.

There will never be another comic like Kirby’s Fourth World and if it is a comic, a cohesive set, what is in that set, even, is in consistent question. 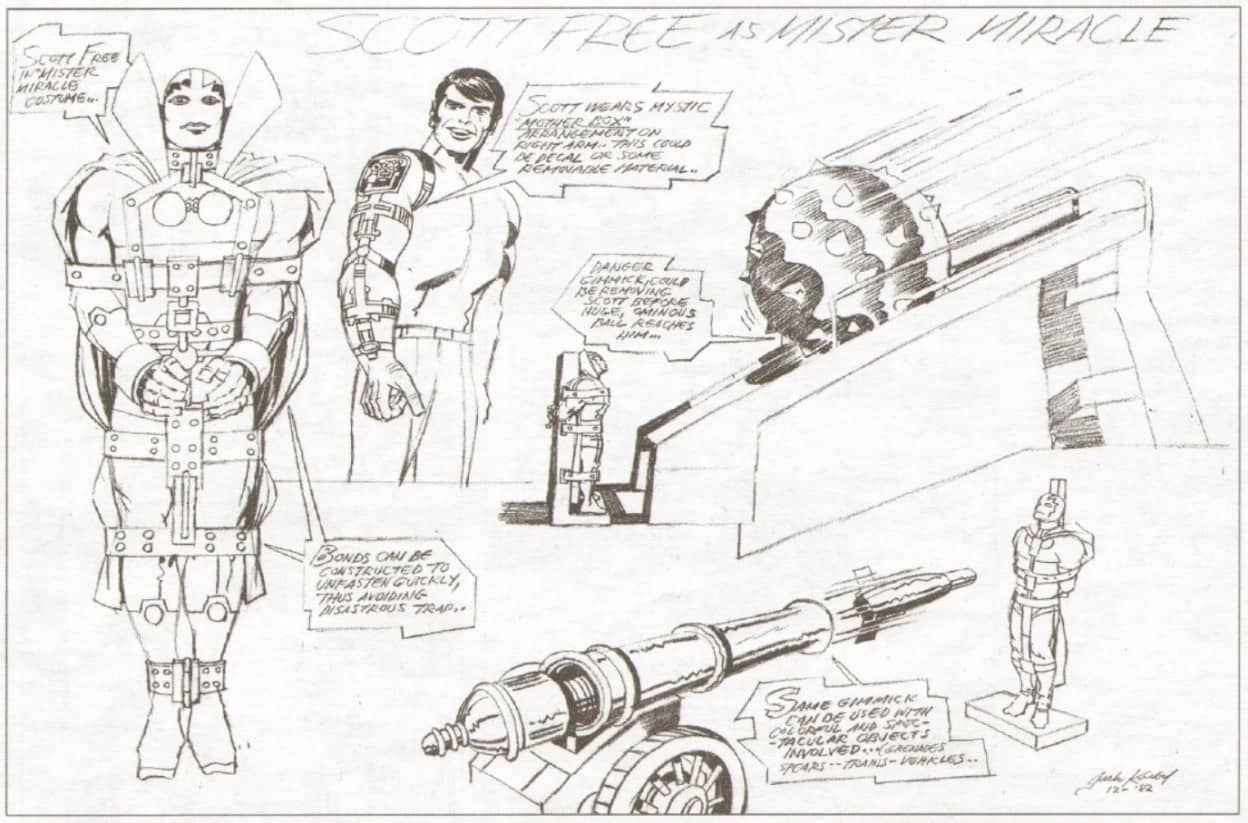 Asking for a definitive reading order is like asking for the definitive viewing order of movies set during or relating to the Vietnam War. Asking if some issues, some stories count more than others is an exercise in confirmation bias.

We talk about art and entertainment as if they are distinct from one another. They are not. 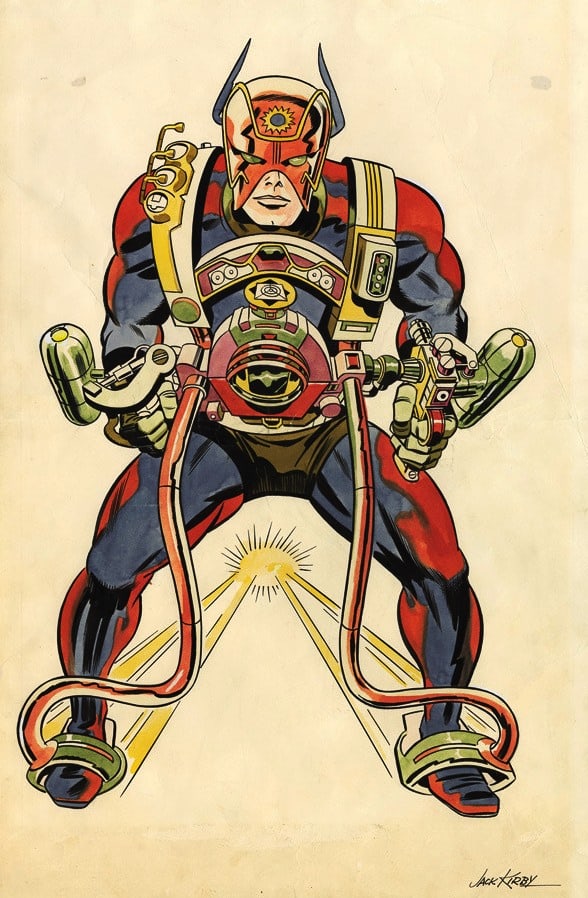 You may, around now, be wondering if I lost the thread. Do I remember that this is about living in the universe, in the narrative, and not about our external experience as audience? When did our role as audience come so heavily into these and was it right at the beginning? Did I miss my own point?

I have to be in these, because we have to be inside these. When we engage with fiction, even just thinking about it, we familiarize ourselves with a space-time continuum. A setting, scenarios, peopled and mapped as we engage. We do not have to believe in a fictional world as we believe in our own, but our engagements with it incur emotional, causal, cognitive responses. We do live in them.

Narrative flow is more than just a proxy for our perceptual flow, it teaches us how to have our flow.

A single issue of Jack Kirby’s Fourth World’s main story or backup story might be sweet, but a title or run is more hot than sweet. Taking more than one of the titles into account, together, things become very hot, but as they heterodyne and intertwine, they also become sweeter.

The Fourth World comics were made as work for hire, all of it company-owned; company controlled. Other artists, other writers, inkers, pencilers, colorists, editors, letterers than those brought in under Kirby’s time with the characters, with the world, were always going to be a factor. Always a possibility. Legally, the Fourth World has never been Jack Kirby’s.

“The song ends, but the beauty of it must never fade!”
– Izaya

How much women are sidelined, especially the women of Jimmy Olsen and New Gods, like the club manager, Terry Dean or Claudia Shane, like Mr Miracle’s Aurelie, is frustrating, it is disappointing, but how true a reflection of the media of the time and more than may be comfortable to address, our time, whenever the time is that you are reading this now? 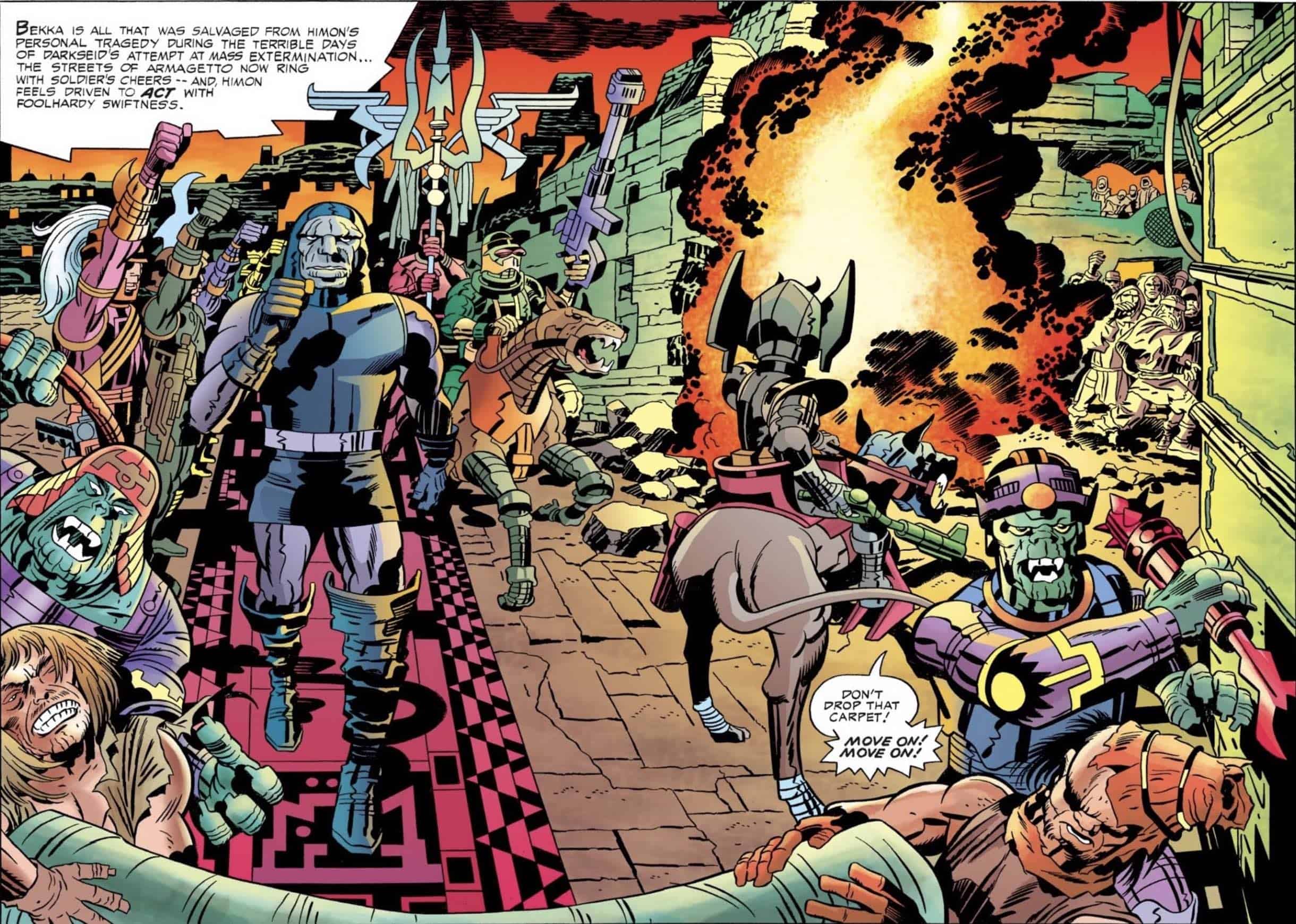 A meal is not simply what is placed into the pot or what is brought out on a tray. The politics of the meal are what is absent, what is avoided or the substitutions made. A wish sandwich is a sandwich your heart makes, but sometimes the meal someone else craves is neither born from a lack of other options or being used to a lack, but their own taste.

With the Fourth World, Jack Kirby may not have been making meals for other comics professionals, but the meals were not solely for himself, either. Or, his inkers, his letterers and colorists. Jack Kirby made meals for thousands of readers. Sometimes there was beef, sometimes a brownie. The Fourth world is a whole spread, not a single plate, one course, one dish.

Served, it is up to us what we eat off a plate. It is up to us how we chew, what we put together on the fork into one bite. When we avail of a palate cleanser. What we skip. What we send back or palm to the dog or push one someone else at the table. Some people like hot and sweet, some like sweet and sour.

Pleasure is as much an aspect of a meal as nutrition and as important to the human condition. Surprise is no more or less a reward than comfort, stability, security or predictability.

The Fourth World vi: Make of This What You Will