The Secret to Great Writing: An Interview with Tom DeFalco

Once more, from Comic Con Honolulu, Cody caught up with legendary writer and editor Tom DeFalco (Amazing Spider-Man, Thor, Thunderstrike, Fantastic Four, Archie Comics) and picked the brain of this former Marvel Comics Editor-in-Chief regarding the current state of the comics industry as well as learning the secret to writing! 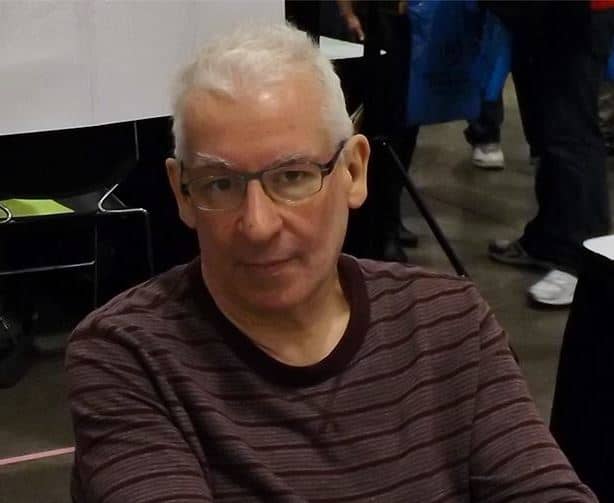 Comic Watch’s Cody White: Are you enjoying your time here so far?

Tom DeFalco: I’m having a great time in Honolulu. The weather is fabulous. The fans are terrific. Just a wonderful time!

CW: Excellent! So you are known for a great many things in comics history but one of the most prominent is your long tenure as the Editor-in-Chief at Marvel Comics. You took the company public. Profits were huge during your tenure. What do you see as your legacy of your storied career?

TD: [Tom chuckles] I know this is going to sound ridiculous. I never looked back and never thought about that sort of thing, about legacy, because I don’t think about that. I always look at each job as the thing I was 100% focused on and I was always more focused on the future than the past. When I do look back at my tenure as Marvel’s Editor-in-Chief, I’m very proud of the Masterworks because that was something I dreamed about as a little kid. The first ten issues of Spider-Man in a hardcover book! And it was just a great thing to be able to make that a reality. But otherwise, I don’t really think about legacy. Sorry about that! 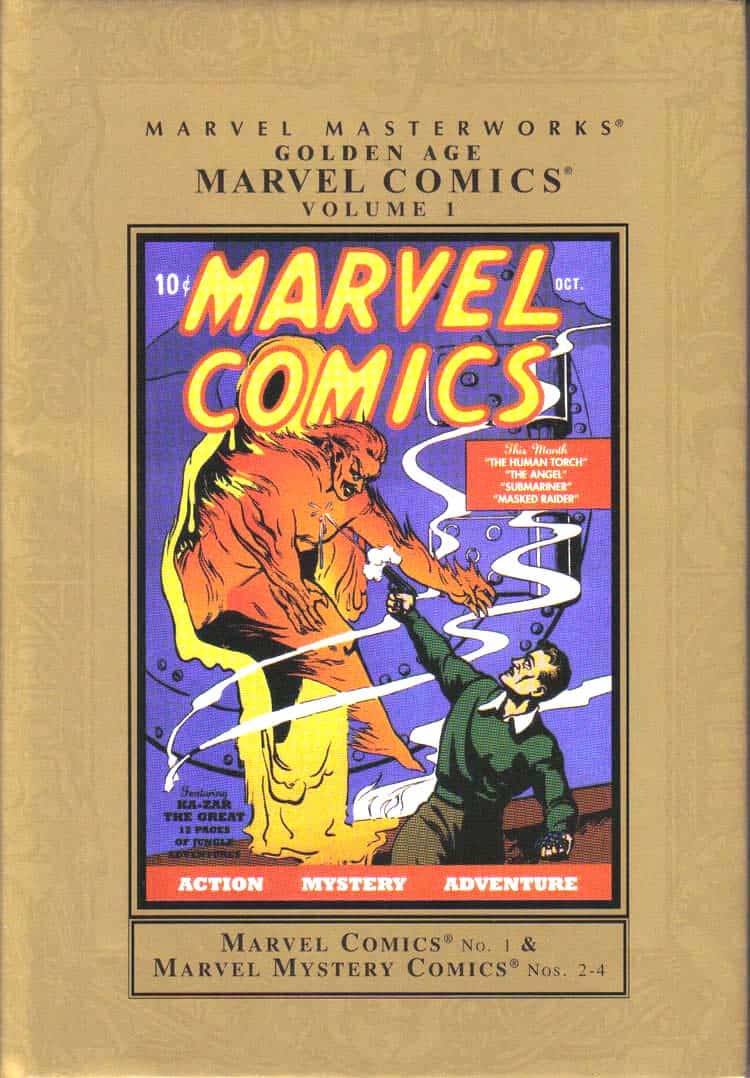 CW: No, that’s perfectly fine! Since you have been such an instrumental part of the comics industry through such major periods of growth and evolution, I wanted to check in with you about today’s industry? It seems like every day there is a new article coming out about how the industry is dying or that print comics will die out. What is your feeling about the industry here in 2019?

TD: I’m going to say a lot of things that are going to make me sound like an old fart and the reason for that is, I am an old fart. I keep hearing that print is going to go away and yet there is every indication that it isn’t going to happen. To my amazement, hardcover books are selling better these days than they have been in years. Sales on hardcover books are going up. The sales on eBooks are going down. That’s not a trend I would have ever thought I would see in my lifetime again. I don’t really know what’s going to happen with print or eBooks or that sort of stuff and ultimately, I don’t really care. The important thing is the actual stories. Stories an important, fundamental part of the human condition and comics stories have been with us at least since the time of the cavemen. So I think we’ll always have comics stories but how we produce those stories, whether or not they’re going to be on screens or paper or whatever, I’m not sure how that’s going to be, and like I say, I really don’t care. Because I think the important thing is the story. What are these characters trying to accomplish? What does their struggle tell us about the human condition? The magic of words and pictures will always be with us. 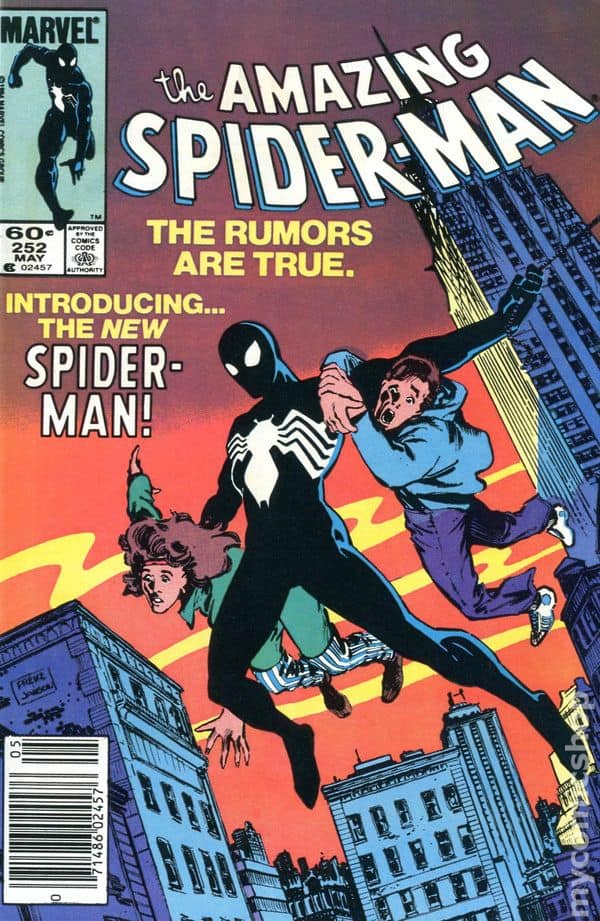 CW: I totally agree. I just don’t see the trends actually trending in the direction of the elimination of print, but what do I know, right?

TD: Who knows? I mean, comic books sales these days are not what they were when I was [Editor in Chief] and I think some of that has to do with the actual material. Back in my day, we’d have one or two-part stories but even when you had a two-part story, you had a complete unit of entertainment, even though it was part one. I remember I did a story, “Nobody Gets Out Alive” with the Fantastic Four. It was six parts and yet every issue had a self-contained story in it even though they all end up in one big story. In comic books today, a lot of time you’ll get one issue and you haven’t even met all the characters yet. I think some of the comic books just move so slowly that people are losing interest and I think that’s the problem. People will say to me that it’s the modern way of writing and I think, okay, I’m an old fart. Maybe I don’t understand the modern way of writing? But I do understand the classical way of writing and I see it for comic books, I see it for novels, I see it for television, I see it for movies, I see it for everything except modern day comics. If you look at other media, everything else is speeding up except for comics which are slowing down. If you’re writing a movie today, you have one minute to have an exciting thing happen. Think about the last time you saw a James Bond movie or any kind of action movie. Within a minute, something big has happened. In a comic book, it’s about 1:35 before something big happens. But what do I know?

CW: Well, I wouldn’t underestimate your knowledge and understanding of the medium, for sure. What does the future hold for Tom DeFalco? Do you have anything in the works right now or are you “retired”? 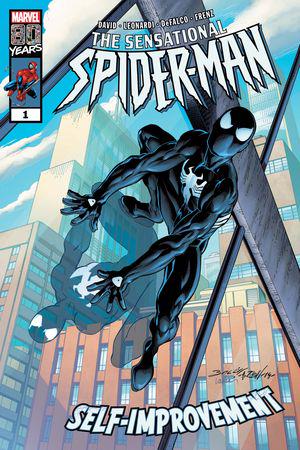 TD: [chuckles] I keep trying to convince people that I’m retired but nobody buys it! I recently did a one page thing with Ron Frenz for Marvel [Comics] #100 and a ten page Spider-Man story for something called Spider-Man: Self Improvement. And I don’t know why it’s called that because nobody gets improved in my story. And that could be the end for in comic books but who knows? Next year I might get a call and think “why not? Sounds interesting.” I grew up writing outside of comics but this is about comics so let’s talk about comics! I will tell you one thing—and this is important for anybody who wants to write comics or anything—there is one secret to writing. Just one little secret to writing and it’s so obvious but I keep having to tell people this. And that secret is you have to care about what you’re writing. When I sit down to do a Spider-Man story, I really care about Peter Parker and I really want things to work out for Peter. I really care about Peter and every other character in that story and that’s the secret. You have to care. Even though I care about Peter, I try to make his life as miserable as possible because otherwise, why would you be interested in reading? But you really have to care. Whether it’s a one-page gag that you’re trying to sell to Archie Comics or a five-page mystery story or a 22-issue epic story, you really have to care about what you’re writing. And if you don’t care, neither will your readers.

CW: Words of wisdom from a legendary talent in this industry! Be sure to check out Spider-Man: Self Improvement or any of the other books in the vast volumes

The Secret to Great Writing: An Interview with Tom DeFalco

Skybound Wants to Give You a Second HEART ATTACK
February 4, 2023
Recent News & Reviews