There Is More Yet to Learn: An Interview with Phillip Kennedy Johnson

Comic Watch’s own Nicholas Osborn recently had the opportunity to catch up with the writer of DC’s Black Label series The Last God, Phillip Kennedy Johnson. Check out the full interview below to take a true deep dive into the upcoming 12-issue epic The Last God: Book 1 of The Fellspyre Chronicles…

Comic Watch: To start, The Last God feels like something completely fresh for DC Comics even in their more adult-oriented Black Label initiative. Can you give any insight into how this story came into existence?

Phillip Kennedy Johnson: My editor at DC, Amedeo Turturro, is a passionate D&D [Dungeons & Dragons] fan, and asked me if I’d be interested in writing a horror story in a high fantasy world. That sounded EXACTLY like something I’d always wanted to do in comics, but I’d assumed it would be too ambitious. For epic fantasy to feel authentic and compelling, it takes a TON of worldbuilding… what I had in mind wasn’t something I would want to confine to a 4-5-issue miniseries. So we put together this epic 12-issue story, pitched it to DC, and they were all-in right from the beginning.

CW: There have already been a few interesting releases related to The Last God outside of comics, including samples of original music to five different excerpts from the journals of Lord Romm, First Commander of the Knights Eldritch. What can you tell us about this approach to world-building for the series and how it will satisfy fellow “lore hounds”?

PKJ: When I find a book, movie, game, etc. that consumes me, I LOVE deep-diving into it and finding every little detail, and the best stories always hold up under that scrutiny. It was important for me for The Last God to have that same depth. Because the world of The Last God is too big to fit into a series of 22-page comics, every issue is going to be 28 pages, with space at the back for a ton of bonus materials. This will include in-world journal entries, in-world folktales, in-world music written in in-world notation, maps, epic poetry, sacred texts, additional artwork, everything you could want. We’ve recorded music from this world and are including it in trailers, YouTube videos and social media posts. 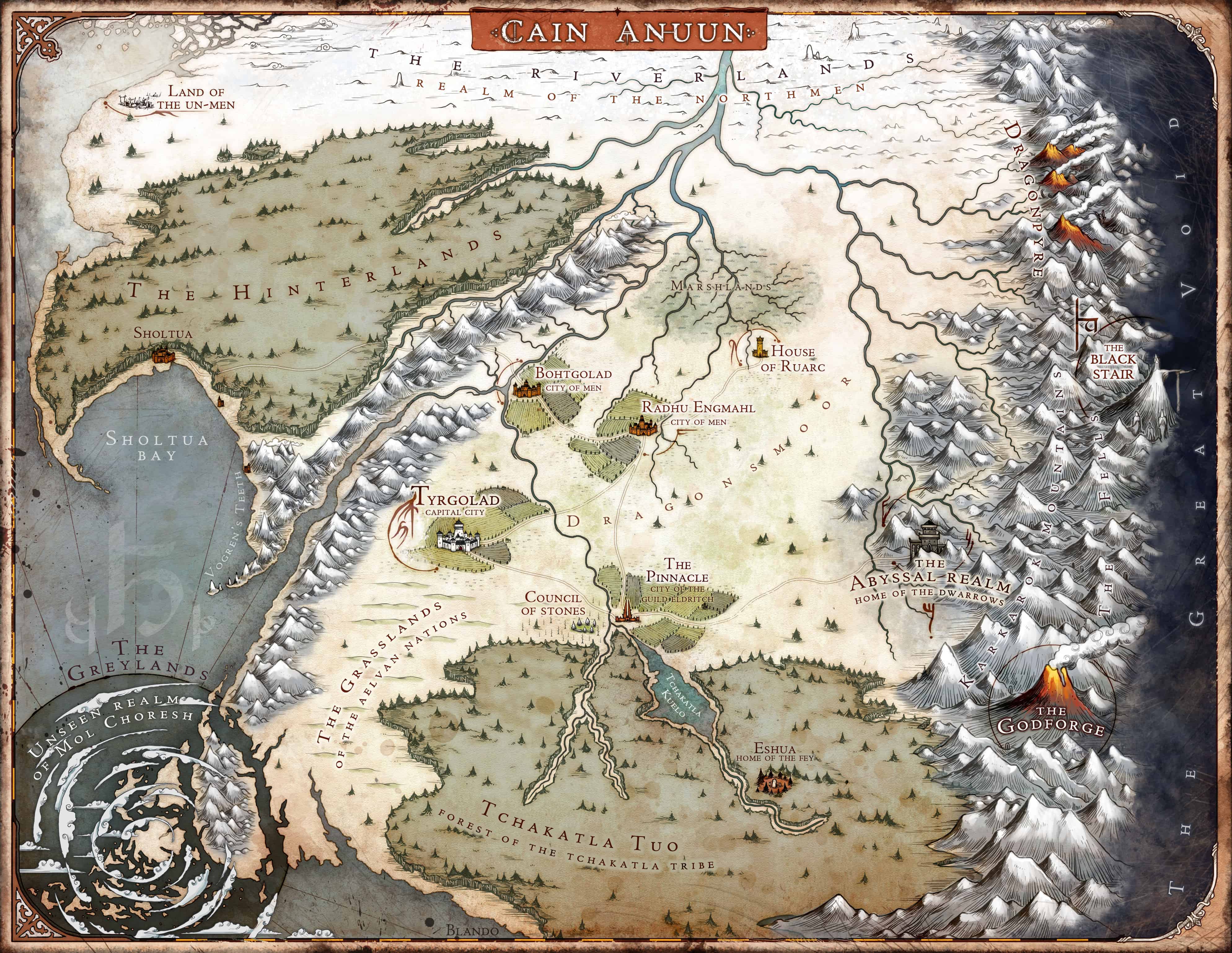 CW: From what we know so far, the story will span multiple generations and delve into a conflict rooted in a terrible lie that’s lasted for over 30 years. Is this lie passed down from one generation to the next a theme that will be explored throughout the series?

PKJ: A theme at the root of The Last God, an idea I wanted to explore, is the son’s attempt to redeem the father, to succeed where he failed. In the world of The Last God, our heroes failed us, lied to us, tried to get away with it and hoped it would be enough. But when their crimes are revealed, another cast of characters get swept up in an attempt to redeem the sins of their predecessors and undo what was done. But as well-meaning as they are, the First Fellowship began with all the same good intentions.

CW: The Last God is being described as both a horror and a fantasy, so were there any difficulties that came from merging two such distinctive genres?


PKJ: I actually think horror and fantasy are a perfect pairing. As I write this fantasy book, I don’t have to remind myself to keep it rooted in horror… I think it would be harder not to. The sheer creativity that goes into an epic high fantasy world offers ideal opportunities for mind-blowing horror, and whenever a fantasy story I’m reading/watching/playing starts to lean into horror elements, those are always some of my favorite parts of the story. I knew that if I had an opportunity like this, I would want to keep the horror elements at the forefront throughout. 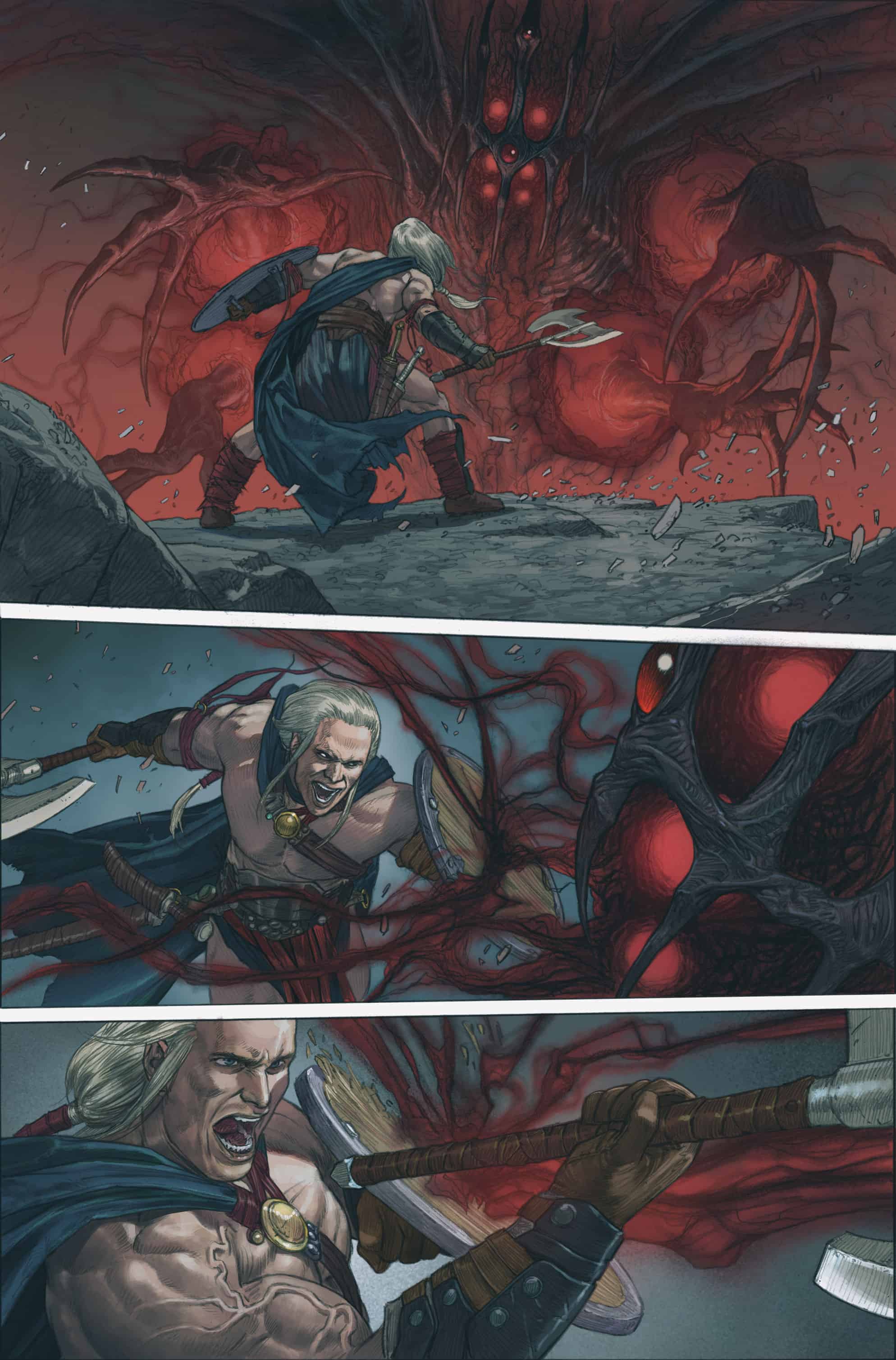 CW: What were some of the most influential inspirations that went into this project from a writing perspective?

PKJ: For the worldbuilding, Tolkien’s The Silmarrillion and [George R. R.] Martin’s Song of Ice and Fire. For the style and tone of the book, the works of Robert E. Howard, HBO’s True Detective Season 1, and video games The Last of Us and Dark Souls. True Detective also influenced the form of the series, since we follow two casts of characters through two different time periods.

CW: What was the creative process like for the comics working with such a talented team of artists including Riccardo Federici, Sunny Gho and Tom Napolitano?


PKJ: Being part of a team in which everyone is bringing SO MUCH to the table is one of the factors inspiring me to make the worldbuilding so all-encompassing. I spend a ton of time on every script, making sure it’s my best work, making sure every detail is rooted in a long and interesting history. Then, when Riccardo [Federici] has seen the script, he sends his breakdowns and concept drawings, which is always revelatory. The designs always come back looking different than I imagined, and are always way, way cooler. I consider myself a pretty visual writer, but I simply don’t have the capacity to visualize monsters the way Riccardo does. When we have the finished pencils from Riccardo, Sunny [Gho] and Tom [Napolitano] do the colors and letters independently. Sunny worked with Riccardo before on Aquaman, and they work extremely well together. Riccardo always has ideas on color palettes for scenes and environments, and Sunny is sensitive to that and has been a terrific collaborator. Tom Napolitano does the best and most creative sound effects, balloon designs and music effects I’ve seen, and we’ve given him a ton to do on this book. Especially with all the music and iconography that appears in the book, he’s really come through for us… the book never feels finished until Tom gets his hands on it.

I also want to give a shout-out to Steve Wands, who’s been doing the design work for backmatter in every issue. Steve’s doing an INCREDIBLE job on design, making the supplemental pages feel like a cohesive part of the book, incorporating Riccardo’s artwork wherever possible, bringing the music notation I’ve designed to life. The book wouldn’t be the same without Steve’s contributions.

CW: With this already being such an expansive series packed with exciting lore, I have to ask, is this a world that you would like to return to after the 12-issue series of The Last God wraps up?

PKJ: I would LOVE to tell more stories in the world of Cain Anuun. As you might have guessed, with all the talk of worldbuilding, there are already plenty of other stories we could tell, and a couple of those I’m already dying to tell. The Last God will end at 12 issues, but if fans want more The Fellspyre Chronicles, more they will have.

CW: Lastly, without delving too deeply into spoilers, is there anything you can tell us about the epic journey ahead that readers should be getting excited about?

PKJ: People think they know what elves, dwarves, knights, wizards, fairies and dragons are “supposed to be” in fantasy literature, but that rulebook has been thrown out in The Last God. In every issue, we’ll pull back the curtain on another big part of Cain Anuun. You’ll keep discovering new parts of the world, new races and cultures, new monsters, all designed and executed by our resident genius artist, Riccardo Federici. You’ll learn what the Flowering Dead really are, and if you read the bonus material, you’ll learn exactly where they came from. You’ll see that the short, human-like creatures most humans in Cain Anuun call “dwarves” are nothing like the real thing, the terrifying Dwarrows of the Abyssal Realm. You’ll learn how humanity’s origins are tied to the origins of the dragons, how humanity survived the dragons, and if dragons are really gone. And above all, you’ll learn what REALLY happened at the Black Stair that set the events of The Last God in motion.

“The Last God is the next stage of high fantasy storytelling, with the expansive worlds of Tolkien, the grit and false heroes of Martin, and an echo of the contemporary struggle that’s one part Bulgakov and one part Ludlum.” –Steve Orlando

Wow. There it is folks, the fantasy rulebook you think you know has been thrown out with The Last God. This is sure to be one truly thrilling experience. Be sure to pick up your copy of The Last God #1 when it hits shelves on October 30th! And as always stay tuned to Comic Watch for all your comics news and reviews. 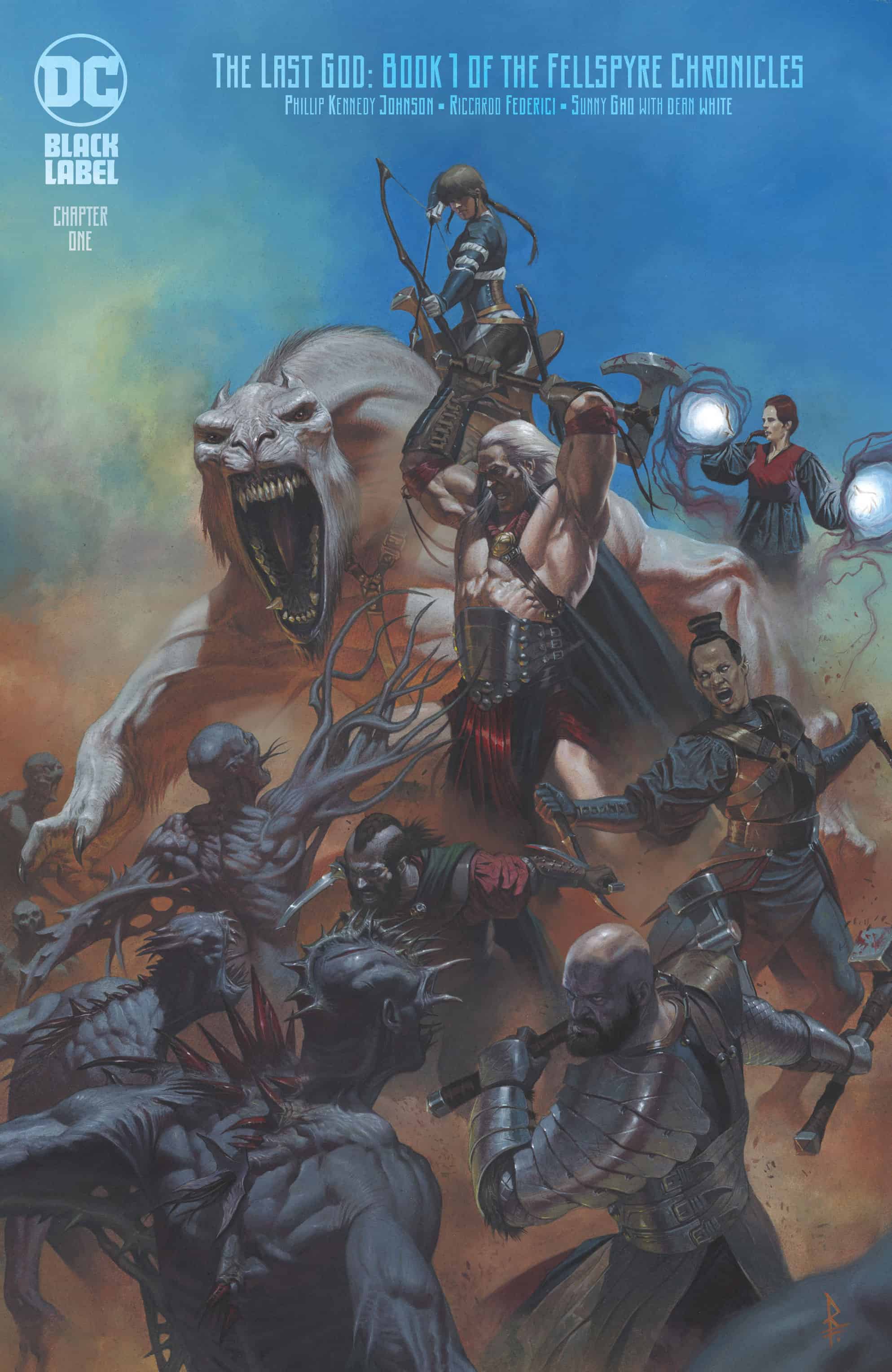 There Is More Yet to Learn: An Interview with Phillip Kennedy Johnson