Transformative Justice And Survivorship In Comics: An Interview with Cara Ellison about ‘The Final Girls’

Cara Ellison is the writer of The Final Girls, a series that tackles transformative justice within a superhero context surrounded by dark humor and noir style, and that you can read right now at Comixology. She’s also a narrative designer of videogames (including Dreams and Void Bastards) and a journalist (and author of Embed With Games: A Year On The Couch With Game Developers). A couple of weeks ago, our own journalist Duna Haller got together to chat with her about The Final Girls, abuse survivorship in the media, LGBTQ+ representation, imagining new abolitionist solutions through creativity, and even where her future works might go, and the result video is right below this article.

In it, Cara expresses how she wants The Final Girls to arrive to women and marginalized people, and especially those “who feel alone, cause a lot of abuse happens in close communities, and like, places where you feel like you might depend on people a lot”, but in a way that also is not retraumatizing, and it’s presented as “something that helps them cope, and it’s funny, interesting”. With the goal of dreaming solutions for real situations of abuse, The Final Girls tackles its subject matter with resources around restorative justice put together by Cara and editor Katie West. 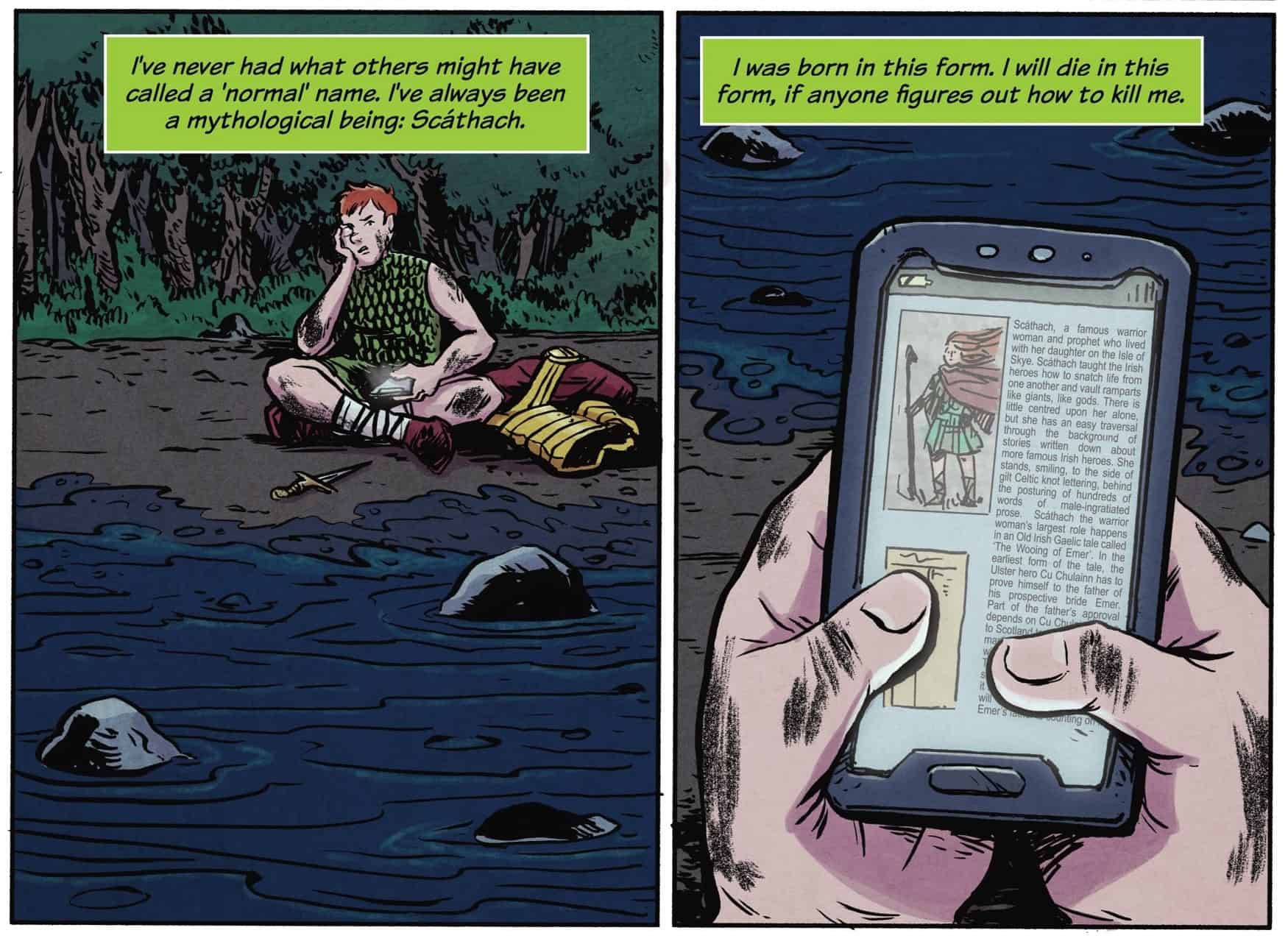 The survivor of the sexual assault in the story, Scáthach, is a character based on a Scottish deity from Irish mythology, who teaches other deities and is described as the most powerful woman in the world, being kind of a Wonder Woman-like figure, pointing out that “sexual assault isn’t around your physicality in any way (…) Brendan Fraser came out recently to talk about his experience in Hollywood, and obviously Brendan Fraser is a physically powerful man, but this is a structural power thing, it’s not about how strong you are, because if you make a fuss about anything in that structure that we have now, which is very capitalist, then you might not ever get work again.”

The story also shines a light into how cultural representations of sexual assault shape how we define it and harm survivors, as well as issues related to lateral violence and accountability. The Final Girls plays with readers’ expectations, preconceptions and tropes, like revenge stories that, usually, “in comics written by men, a woman gets hurt and then a man does the revenge for her (…) it’s kind of a ridiculous trope at this, and I really wanted to kind of get away from that (…) I wanted to tell a different fantasy where women just dealt with the whole thing by themselves”. 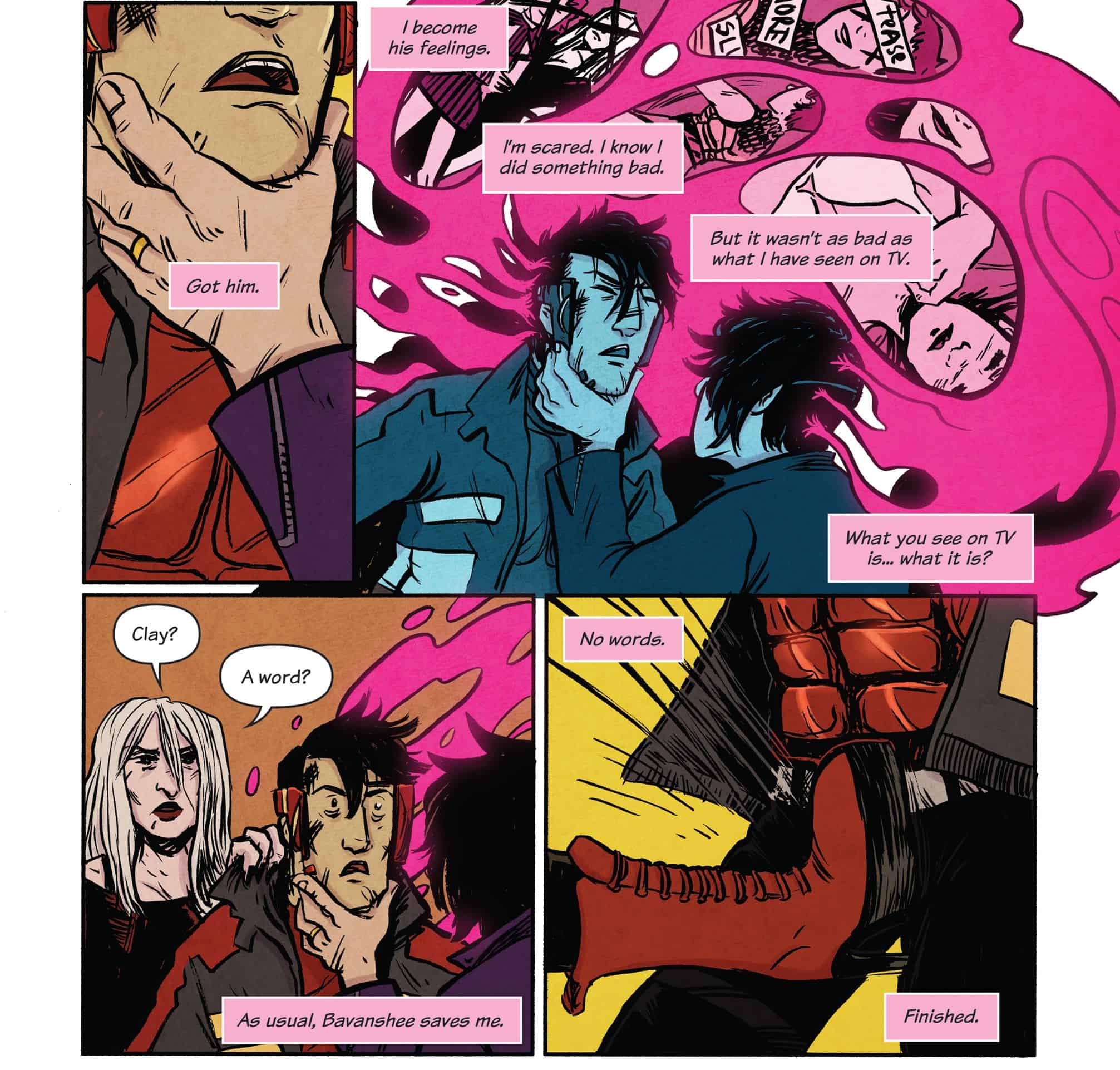 The main relationship of The Final Girls is between two women, Kogarashi and Bavanshee, and starts with Ko seemingly cheating on her ex-husband. Cara talks about the decision of making this relationship feel like a real story even against the pushback that LGBT+ stories often suffer, “because media and politics have pushed so hard against LGBT+ people, because of queercoding and villainization, what’s happened is queer people and queer characters now have to be perfect”, and she very explicitly wanted to defy this with a love story between two girls that are not perfect, that are flawed, but is still the “central relationship of the whole comic, it binds everything together, and it’s also so normalized within the comic mainly because they’re married, they are happy”.

Other themes that Cara talks around in the conversation include Scottish representation in pop culture and within this comic, the collaboration with the other creatives of The Final Girls, as well as her future projects and some of her videogame work (she’s working right now on a comic for League of Geeks), like Void Bastards, which is also an prison abolitionist narrative work. 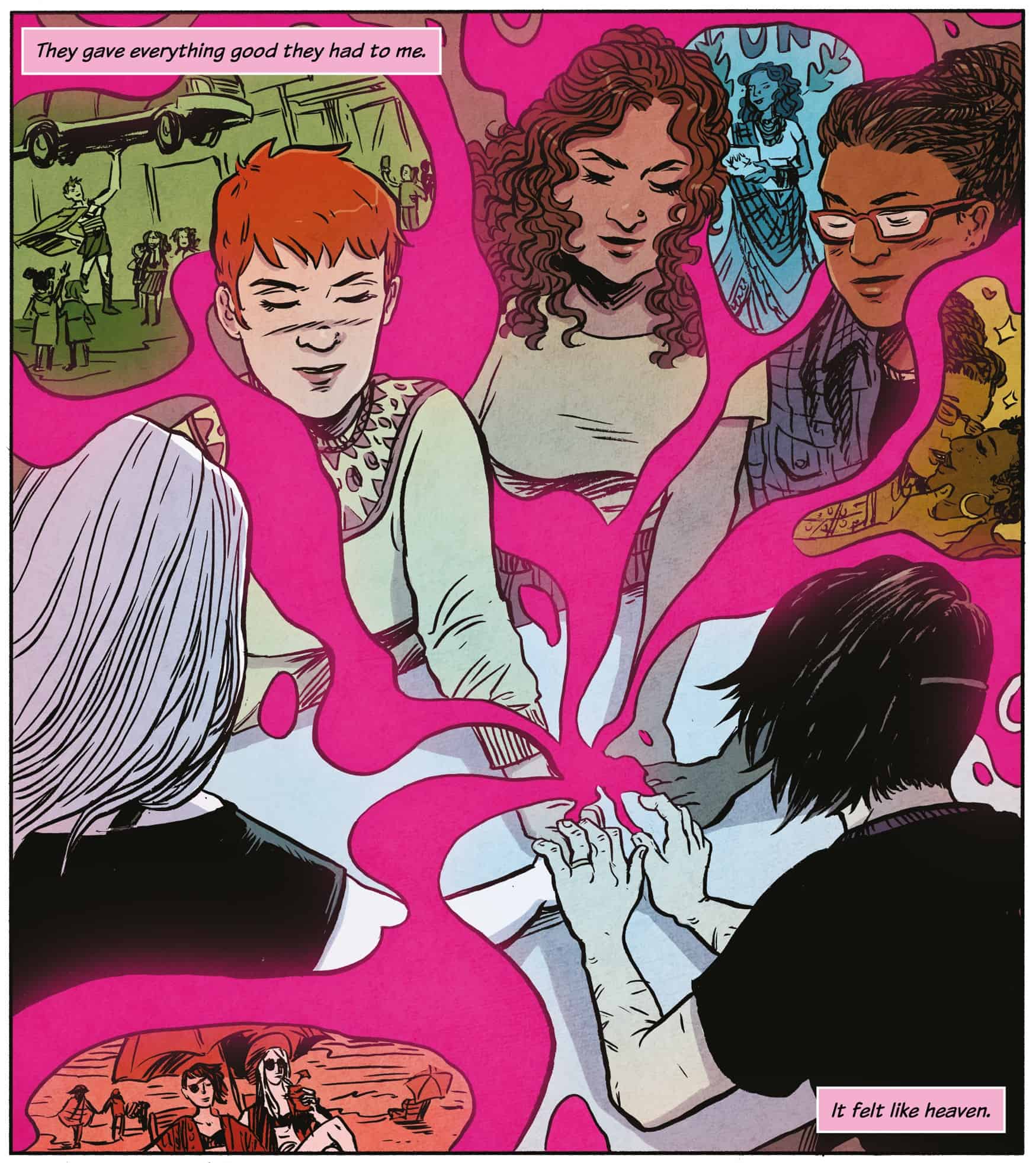 When tackling the hopeful resolutive ending of The Final Girls, Cara dives into her inspiration from Ursula K Le Guinn stories and words, and how they channeled what she wanted to put in this book, “writers and creators should be thinking about how we can create a better way, because if we imagined it, then it can’t be that far away. The harder thing to do, instead of a revenge story, would be to imagine how we could get better, and what we would like to see happen in that kind of situation (…) I think everyone is so obsessed with the cop story, y’know, these are the good guys and these are the bad guys, and how we deal with them is we kick their ass, and that’s cool and everything and I enjoy (reading) those stories… but I don’t think we can see a way out of that mentality, and I wanted to imagine that.”

Transformative Justice And Survivorship In Comics: An Interview with Cara Ellison about ‘The Final Girls’