In anticipation of his upcoming graphic narrative, Twilight Man: Rod Serling and the Birth of Television, Comic Watch’s own J.A. Fludd, our resident Twilight Zone expert, had the opportunity to ask Koren Shadmi a few questions. See below the interview for the official Press Release as well as a preview of the book, on sale now!

Comic Watch: If I’m not mistaken, this is your first work for Humanoids. What can you tell our readers about working with such a legendary international publishing house?

Koren Shadmi: It is my first book with them, and I’m honored to be published by such a great publisher with a rich legacy. Humanoids were originally a French publishing house, and they published some of the best science fiction comics ever made, including The Incal by Jodorowsky and Moebius. I was first exposed to their books when I was a teenager and tried to get my hands on some – then hard to get – Moebius books.

CW: In writing the dialogue and narration, were you satisfied with the way you captured Rod Serling’s “voice?”

KS: I think I did a pretty good job, I tried to use some of his favorite words, like ‘Particular’ and ‘Palpable’ as well as some of the more dated terms he used like ‘Johnny-come-lately’ – that being said, those are very big shoes to fill, and Serling was an incredibly well-read and sharp writer. I think my narration is maybe a tad simplified compared to some of his intros in the TZ.

CW: Did you refer to speeches and interviews that he gave to get a sense of the way he really talked?

KS: Yes I did! Luckily some interviews were recorded. He was also a great public speaker and there are some speeches he gave at college graduations. I also listened to his excellent narration of ‘The Undersea World of Jacques Cousteau.’ The TZ narration is definitely dramatized and exaggerated compared to the way he usually talked.

CW: How did you first become involved with The Twilight Zone as a fan?

KS: I discovered the Twilight Zone very late in life, when it first became available to stream on Netflix (I grew up in Israel where the show never aired).

When I watched the episodes I felt a strong connection to the material and visuals, and felt the show was way ahead of its time. I was also curious about the enigmatic host and creator of the show, who would sometimes introduce the show with an eternally lit cigarette in hand. Once I started reading about Serling’s life I realized that there’s a lot of potential here, and it would make for good material for a nonfiction Biography.

CW: What is your favorite episode of the series and what makes it so special to you?

KS: I would say it’s definitely “Eye of The Beholder”. In addition to being the most visually arresting episode of the entire show, I love the anti-segregation message, and the twist at the end is probably the most perfect TZ twist ever done.

CW: What, in your opinion, are the elements of theme, plot, and character that make the perfect Twilight Zone story?

KS: That’s a tough one, I would say that one of the main themes of the show is Anxiety, but also a compassion for human beings and individuals. As far as plot, they are usually a one or two act structure. They lead you into a strange scenario and then flip that scenario and take the rug from under you. I think this all contributes to the strange feeling you can get when watching the show; it’s very subtle in the way it makes you feel uncomfortable.

KS: I don’t really think it could be restricted to one genre. It’s a genre crossing show: some episodes are Sci-Fi, some are Horror, and some are Fantasy. You also have a few episodes that are almost just straight-up drama, which is what Serling originally did before he got into the TZ. So I can’t say I can categorize it as anything specific other than an Anthology Show – a format that I’m happy to see is coming back with brilliant shows like ‘Black Mirror.’

CW: We know that Rod lost creative control over Night Gallery, which he’d previously had on The Twilight Zone.  How would you say Night Gallery compares, in terms of story quality, to The Zone?

KS: I know some people love Night Gallery, but I’m not in that camp; I think it’s a vastly inferior product from top to bottom. I didn’t watch all the episodes but I watched a few that were on the top 10 lists on the web, and even those were not especially good. Serling had very little say on the creative side of this show, and even had his own scripts changed or rejected.

CW: You find yourself in the interesting position of both teaching illustration as well as putting out work yourself. Do you have any words of wisdom for budding artists and writers you’d like to share?

KS: It’s tough out there! The art schools are spewing out more illustrators and cartoonists than ever, and some kids are very talented. You have to be really dedicated and truly love what you do in order to succeed.

Celebrate the 60th Anniversary of THE TWILIGHT ZONE

with TWILIGHT MAN: ROD SERLING AND THE BIRTH OF TELEVISION

There is a fifth dimension beyond that which is known to man. It is a dimension as vast as space and as timeless as infinity. It is the middle ground between light and shadow, between science and superstition, and it lies between the pit of man’s fears and the summit of his knowledge. This is the dimension of imagination. It is an area which we call The Twilight Zone.

2019 marks the 60th anniversary of The Twilight Zone’s debut on CBS. Shot entirely in iconic black and white, the trailblazing anthology series aired from 1959 to 1964 and changed the history of television with its clever twist endings and sharp social criticism. The Twilight Zone was the brainchild of Rod Serling, the show’s ambitious and sharply dressed tour guide, whom the entertainment business had once regarded as the “Angry Young Man” of Television. This October, Humanoids, the publisher of some of the world’s most iconic and groundbreaking science fiction and fantasy graphic novels, will celebrate The Twilight Zone’s 60th Anniversary with the publication of internationally acclaimed cartoonist Koren Shadmi’s dazzling biography TWILIGHT MAN: ROD SERLING AND THE BIRTH OF TELEVISION.

Before he became the revered master of science fiction, Rod Serling was a just a writer who had to fight to make his voice heard. Both on and off the screen, Serling was active in politics. He vehemently challenged the networks and viewership alike to expand their minds and standards?rejecting notions of censorship, racism and war. But it wasn’t until he began to write about real world enemies in the guise of aliens and monsters that people started paying attention. Serling pushed the television industry to the edge of glory, and himself to the edge of sanity. He operated in a dimension beyond that of contemporary society, making him both a revolutionary and an outsider.

Koren Shadmi is an award-winning illustrator and cartoonist, whose acclaimed books include biography (Rise of The Dungeon Master: Gary Gygax and The Creation of D&D ), science fiction (Highwaymen), and urban horror (The Abbadon). Shadmi found inspiration both in The Twilight Zone’s bold genre storytelling, which ran the gamut from science fiction, fantasy, horror to psychological thriller, and in Serling himself. “In my late twenties, when I was first exposed to the original Twilight Zone I felt a strong connection to the themes and visuals,” said Shadmi. “Years later I became curious about Serling, the enigmatic, chain-smoking creator/writer/presenter of the show. As I began to read about him I saw an incredible life story unfolding right in front of me; he was such an interesting character and lived at such a tremulous point in history. I quickly realized that it would make for a powerful graphic novel biography.”

TWILIGHT MAN: ROD SERLING AND THE BIRTH OF TELEVISION is an imaginative and irresistible exploration of a Hollywood legend. Koren Shadmi’s cartooning evokes The Twilight Zone’s dreamlike storytelling, while highlighting Serling’s life off camera, from his military career as a paratrooper to his family life. And at the book’s center is Serling’s commitment to creating a show unlike any other, one that would transport viewers to another time and space, causing them to reflect on the world around them.

Humanoids will publish TWILIGHT MAN: ROD SERLING AND THE BIRTH OF TELEVISION in bookstores on October 8 and in comic stores on October 9, 2019. The book is already generating acclaim ahead of publication:

“Having experienced The Twilight Zone and Playhouse 90 first hand, I fancied myself as pretty clued in to the Rod Serling legacy, but I admit I learned a lot from Koren Shadmi’s unexpectedly poignant and cleverly observed graphic novel treatment of Serling’s life and career. It’s a unique take on the lasting work of a complicated man who found his greatest success when coding the messages of his socially conscious narratives into ‘a wondrous land whose boundaries are that of imagination’”—Joe Dante, Director of Gremlins and Twilight Zone: The Movie

“Koren Shadmi expertly takes us into a dimension of incredible imagination. The life of Rod Serling is a great American story of determination and invention – and the perfect stuff of a graphic novel.”—-David Kushner, Author of MASTERS OF DOOM

“I’ve read any number of Rod Serling biographies, but Shadmi’s inspired choice was to tell his story framed in black-and-white panels, capturing the intimacy and simplicity of 1950s television. TWILIGHT MAN is a respectful but clear-eyed tribute to one of the most important and influential dramatists of the 20th century.”—Alan Brennert, Nebula and Emmy Award-Winning Writer

We invite you to join Koren Shadmi and Humanoids in celebrating the life and legacy of one of our most important and influential storytellers, as we return once again to that fifth dimension: The Twilight Zone. 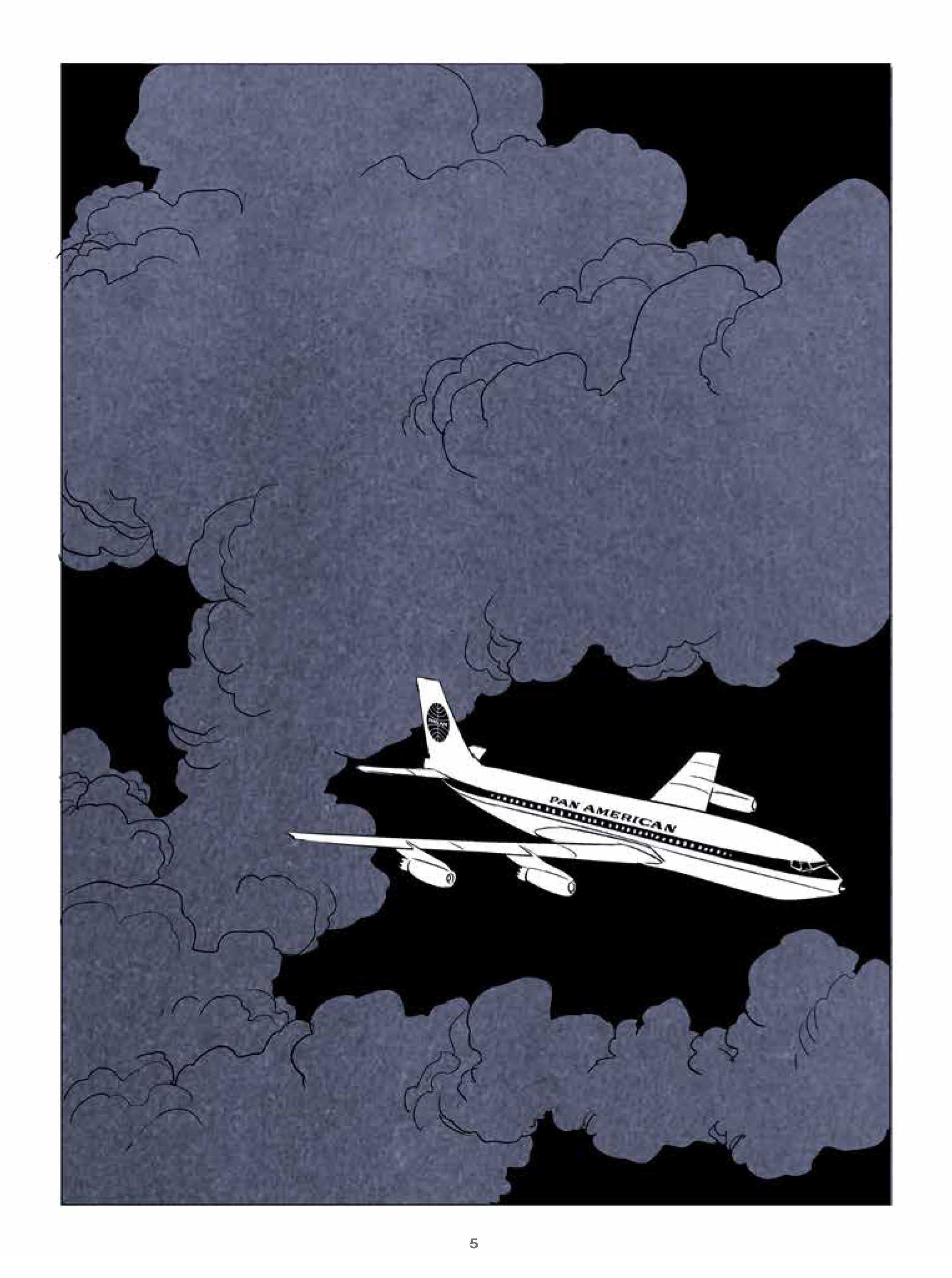 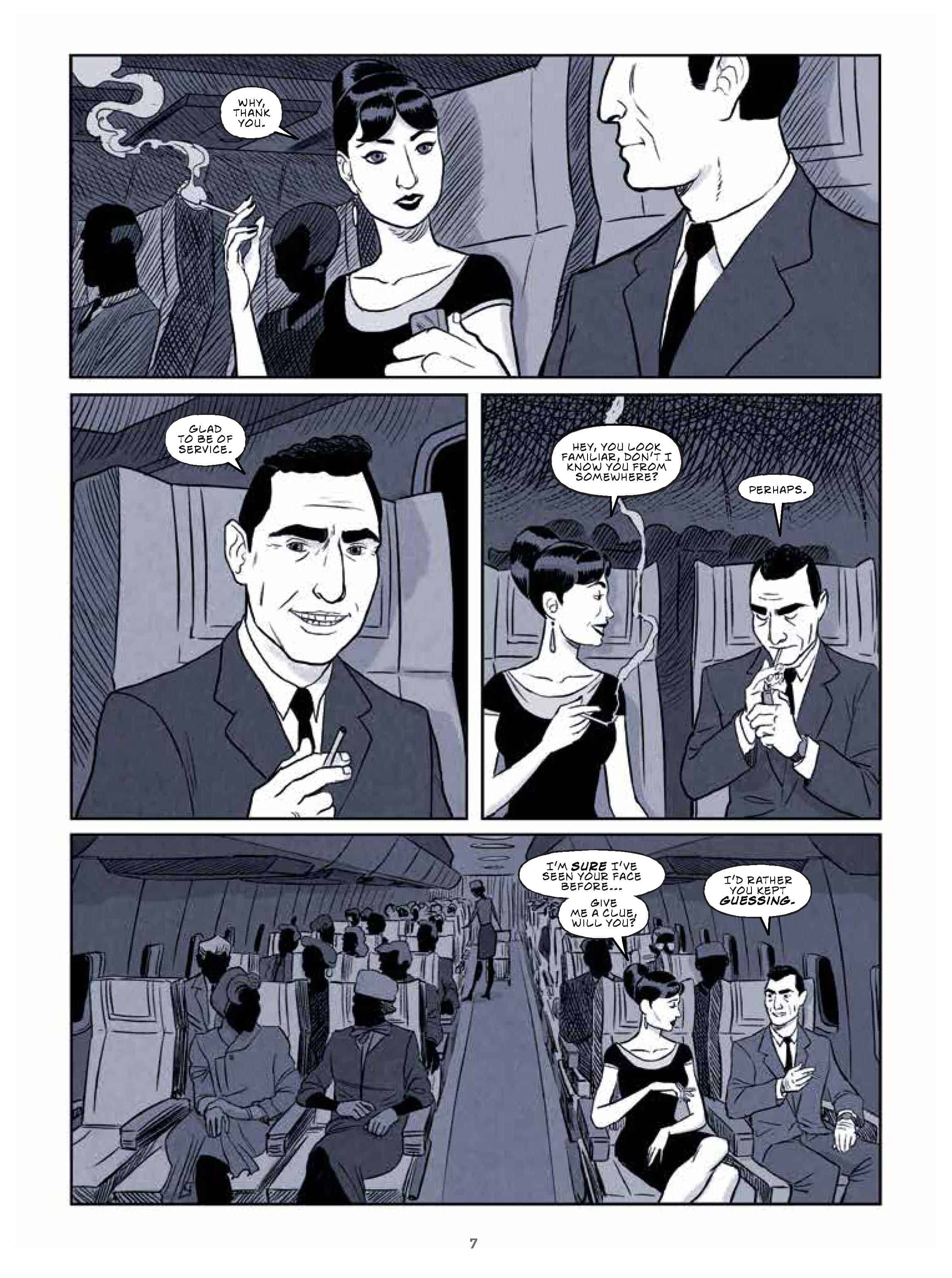