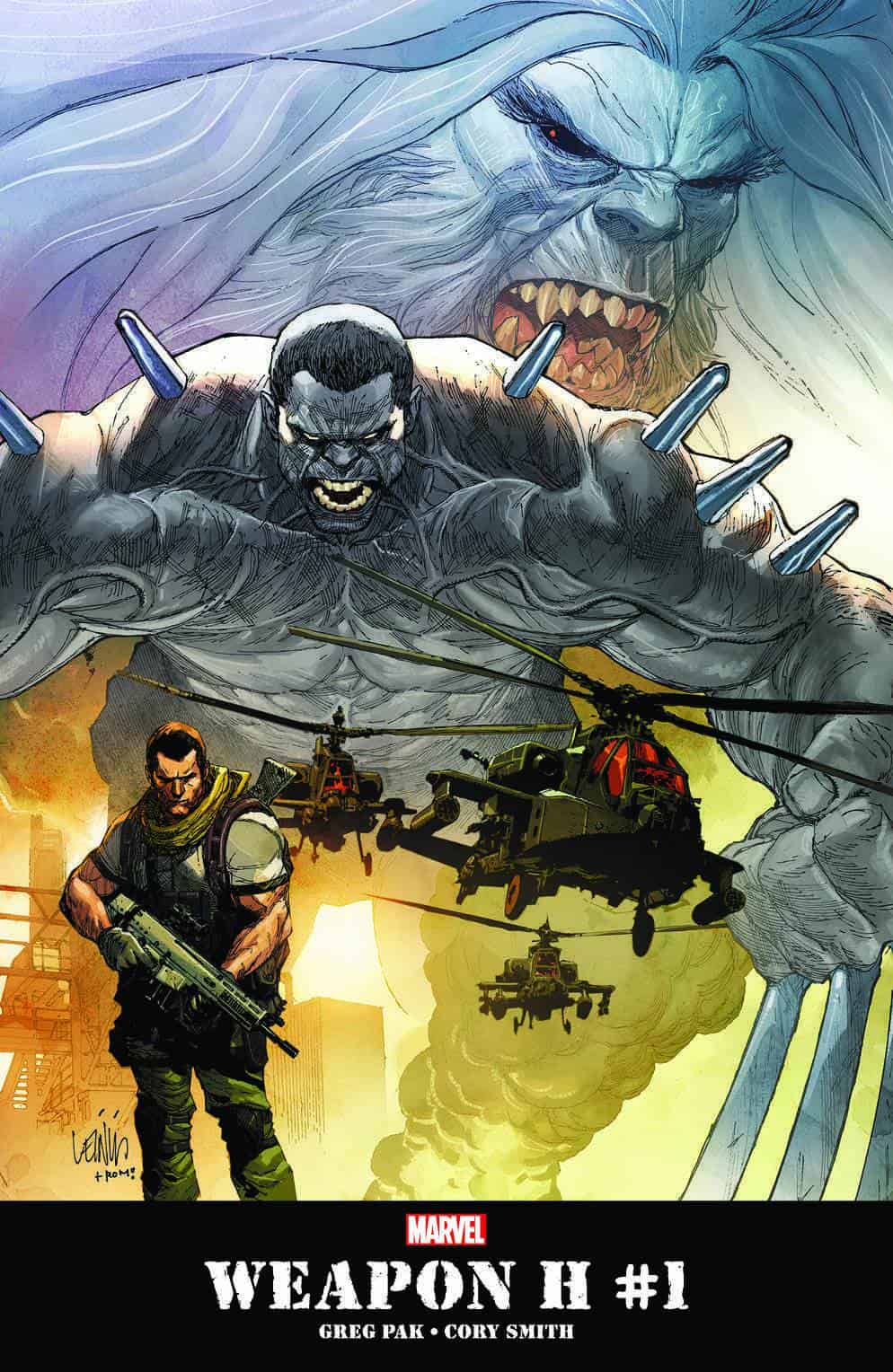 Since the N.Y.C.C. in 2017, rumors and speculation have abounded regarding  the hybrid beast, Hulkverine.  Now, it’s confirmed, the creative team made public,  and Marvel’s newest mutant killing machine, Weapon H, is set for a new ongoing series slated for March 2018.

Beginning in the pages of Totally Awesome Hulk and Weapons of Mutant Destruction: Alpha, and the ongoing story arc in Weapon X, we have seen the Hulkerverine, Project/Weapon H in action! Marvel’s crossover event, dealing with this Wolverine-like Hulk hybrid, Hulkverine, cooked up in the current Weapon X labs by the Reverend Stryker and then set loose in Weapons of Mutant Destruction: Alpha, was built mixing the best elements of Hulk with the healing power and Adamantium laced skeleton and claws of Wolverine, and possibly the DNA of other mutants captured by his creators.  He was specifically designed to be a lethal killing machine, capable of killing all mutants on Earth.  Marvel is planning a new ongoing series for Weapon H, the Hulk/Wolverine hybrid.  The series will add another clawed hulking character to Marvel’s growing cast of both Hulks and Wolverines.  Marvel has amassed numerous versions of these two characters specifically, and sometimes it works, as we have witnessed with X-23, and sometimes these attempts aim high but fall short, missing the mark completely.  This being said, fan response to this variation, Hulkverine, has been great enough to warrant ‘Weapon H’ receiving his own title.  Marvel released their intention of taking ‘Weapon H’ to the next level, but the creative team to be involved wasn’t mentioned until recently, and it seems Marvel has big plans for Weapon H when you read the press on the  creative team behind Weapon H in this Marvel press release.

The Weapon X program has done it, at the cost of their own destruction: they’ve completed their biggest and most dangerous experiment yet, a hybrid of Hulk and Wolverine DNA known as WEAPON H. Now, he’s ready to take on the world – and he means business.

Series editor, Darren Shan, shares his thoughts on Weapon H’s creative team,  “ Greg Pak wrote one of the biggest and most action-packed Hulk stories ever in Planet Hulk…[ so this]… only made sense that he brought those same sensibilities to Weapon H,” and as for the future of what we can expect, Shan added, “We’re going to pit him against the biggest threats of the Marvel Universe that you can imagine, starting with a new kind of Wendigo! And then Cory Smith is going to multiply that times ten and smash the hell out of it with his incredible art! Whether you read his first appearance in Weapon X: The Hunt for Weapon H or not, you’re going to find that we only scratched the surface of this bombastic new character!”
This could turn out extremely well for Marvel, and as a personal fan of Greg Pak’s Planet Hulk’s story arc,   this fan is hoping to see the same style of creativity and big bang for your buck!  Weapon H is on his way! 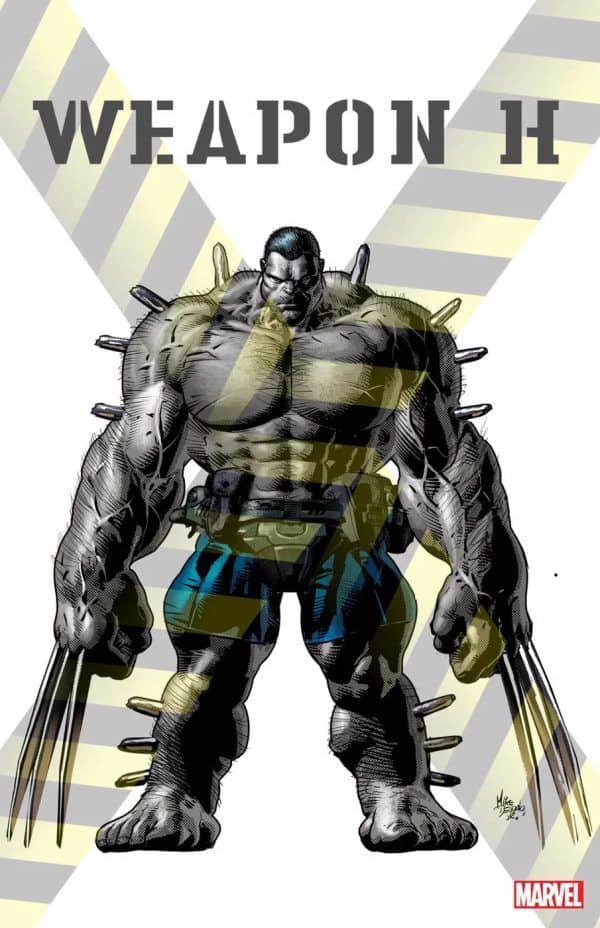 GET READY!, WEAPON H is slated to be on the shelves of comic hits in March.