How to Make a Comic (Wolverton Thief of Impossible Objects Spotlight, Interview and Review)

My goodness I found this so remarkable I just had to write about it! This group of guys full blown made a comic! No publisher, no distributor full on kickstarter funded insanity! A shining beacon of what can happen if you have a goal and stick to it! If you’re impatient (like me!) you can buy their fancy indie comic Wolverton, Thief of Impossible Objects here!

I had a nice talk with writer Michael Stark about the comic:

JJ (ME!): What made you decide to make a comic?

MS: Wolverton started as an original screenplay that was set up at a major studio. When it went into development hell, every studio bean counter afterward told us it had to be a comic book first. They couldn’t risk making a hundred million dollar movie based on –GASP!—original material! After hearing this over and over again for about a year, we thought how hard could it possibly be to make it a comic book ourselves? Well, like any great cautionary tale, we soon learned it was pretty damn hard. But, the finished product was well worth pulping a few trees over!

JJ: In your words how would you describe the comic to an interested reader?

MS: Think of it as The Escapist meets The League of Extraordinary Gentleman with a soupcon of Hellboy thrown in. The other guys don’t like my usual tagline – It’s a Noel Coward hero in a Deadpool world. But, that’s exactly what it is: over the top action set pieces paired with nonstop, classy banter!

Here’s the gist: In the turn of the century London, Jack Wolverton, gentleman thief, specializes in stealing the arcane, the accursed and the occult. With war about to break out, only he can stop the world’s most powerful artifacts (The Monkey’s Paw, The Hope Diamond and the Portrait of Dorian Gray) from falling into the wrong hands! There’s only one slight hiccup — he really, really hates magic. 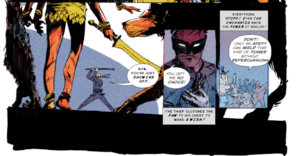 JJ: How did you nail down the setting and character design?

MS: This is where I ask your readers to all kick in generously to Wikipedia because it helped us research our world-building tremendously. I’m a sucker for period pieces. And, a gentleman thief, these days, probably couldn’t charm his way into a modern day, sophisticatedly guarded museum. So, OK, we had to make it a period piece for the concept to work.

Our artist, Derek, meticulously studied Edwardian Era architecture and costumes. He nailed the look. I had him look at 1930s and 40s matinee idols like Errol Flynn for inspiration. One thing we decided was to give Wolverton a hyperkinetic style – that every inch of him would be in motion at all times. You can see that in the ties of his mask as they’re constantly flailing fervently all about. Pretty much every hair on his head never gets a breather.

JJ: How did your team come together?

MS: Quaint as it might seem, I met Terrell at church. Hey, we live in the south. People meet quaint here. He was praying for a screenwriting mentor and I appeared on his doorstep like an answer to prayer. Let that be a lesson to be careful for what you pray for. We wrote about a dozen scripts together, and, who knows, we might continue to reverse engineer them into more comic books.

Originally, we had a now pretty famous artist (not saying whom) enlisted for the first issue, but they became way too busy with their graphic novel to get involved. We found Derek on DeviantArt. He got what we wanted to do. A throwback, but a not complete throwback. Something familiar, but still somewhat fresh.

JJ: How have you tackled distribution? I’ve heard without Diamond it’s really tough.

MS: Like most indies, we did not get into Diamond and we’d probably have gotten lost with a tiny listing if we had made it. So, with trying to somehow break even as the great motivator, I’ve gotten over my shyness and began marketing the book myself. As I live in Atlanta, I’ve Willy Lomaned the book all over town. I’ve queried stores around the country via email and cold calls. We’re in a dozen or so places. I’m hoping fans will petition their local comic book shops to have them stock us. Also, you get a copy direct from us via our website. (again, HERE (JJ))

JJ: What advice could you give to someone looking to do what you did? Self-publish a comic?

MS: Let us be a cautionary tale. It wasn’t easy. It wasn’t cheap. I don’t know if Stan Lee existed for months on Imodium and Tums like I did while we put out the first issue. For a bunch of naïve- about- the-business-guys, somehow we put out a spectacular book.
And, as we live in Atlanta, we had it finished just in time for Dragon Con to show off. Also, we live where they film the Walking Dead and all the Marvel movies, so we’ve been harassing stars with copies the past two months!

Many of my former classmates at NYU film school went on to jobs at Marvel and DC. There were a few people I could have asked advice from but never did. Guess deep down, I didn’t want to be talked out of it. So, that’s my advice to anyone who wants to go our route. Don’t be talked out of it!

Start building your web presence first. Do a Kickstarter. Start annoying people for blurbs and reviews. You may lose your hair, but you’re gonna have something that lives on forever. I’m old enough to worry about posterity. I made money in Hollywood, but nothing ever got produced. Now, I have something tangible that you can read in the bathroom!

JJ: How hard was it to get it to print? Did you ever consider going digital?

MS: We never thought about only going digital. It just didn’t seem real without the smell of ink and the risk of papercuts. Plus, the price really isn’t that high to print. We went with Kraken. The guys were super swell and held my hand the whole process

Thanks for chatting Michael, again, buy the comic here, this is a story that deserves your support, not to mention the comic is pretty good too! 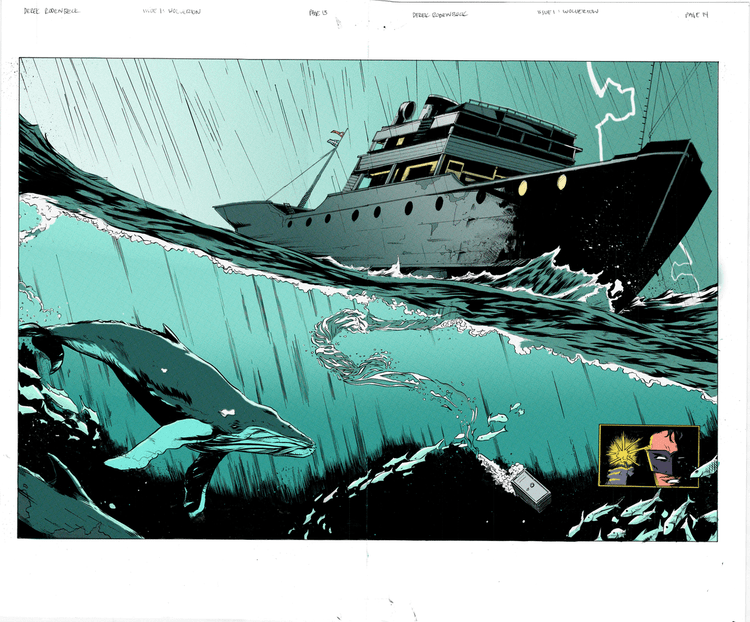 Wolverton Thief of Impossible Objects is an epic tale set in turn of the century England, the sea near it anyway… Jack Wolverton is a young, agile cat burglar looking to regain magical artifacts lest they fall into the wrong hands, the downside is he really hates magic. (as someone in his situation should) The setting is played out pretty organically with the hold of a ship bucking and rolling in a squall being the primary location we see in the book. I really love some of the items we see in the hold, and the hostile environment is dynamic and dangerous.

Likewise, the villain of the first book is totally believable for what he is and doesn’t seem out of place for a second, his crew totally feels like an early 1900s crew of a shady ship might be. I really like that the magic angle was present but didn’t totally derail the story with a bunch of McGuffin level storytelling. (e.g. magically resolving all the hero’s problems at the end of a story I’M LOOKING AT YOU SPIDER-MAN ONE MORE DAY!) 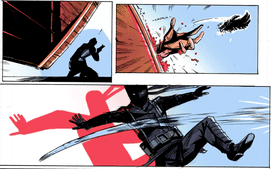 As Michael said the protagonist is constantly in motion and very acrobatic. (slightly reminiscent of the stellar noir-inspired late 2000s Catwoman series and its lively heroine) I really enjoy his attire and attitude, and the legendary magical artifacts are all household names, but more relegated to classical books than comics, definitely ripe for storytelling.

The comic has a wry humor about it, coupled with a fiery intensity from the antagonist for an excellent tone that just works. This comic is begging for a movie or series. Pick up your copy today!

Seriously, buy this comic, it’s so good, and the guys are rad. I hope they do a followup and I can’t wait to see this story unfold in whatever form it chooses to take.

If anyone ever wants to contact me, look me up in my facebook group for the love of comic books , I also have several comic pages dedicated to my various true loves, Batman, Spider-man, Marvel, Oldie Goldies and Hats! (Long story on that last one haha) or on Twitter @johnbatusijack