Women of Marvel #1: A Celebration

Women of Marvel #1 delivers thirteen stories from a collection of talented creators both known and new to Marvel Comics. Much like the original Marvel Voices #1, this anthology provides comics that range in both tone and size (the longest being seven pages while five stories are told in a single page, respectively). Their only common thread is the strong women highlighted both on the pages and behind the scenes. Despite the stories’ differences, there is still cohesion and pacing presented by the editorial staff. What follows will be only an overview of the stories while other reviewers far more qualified to analyze and relate to these topics gather their thoughts. 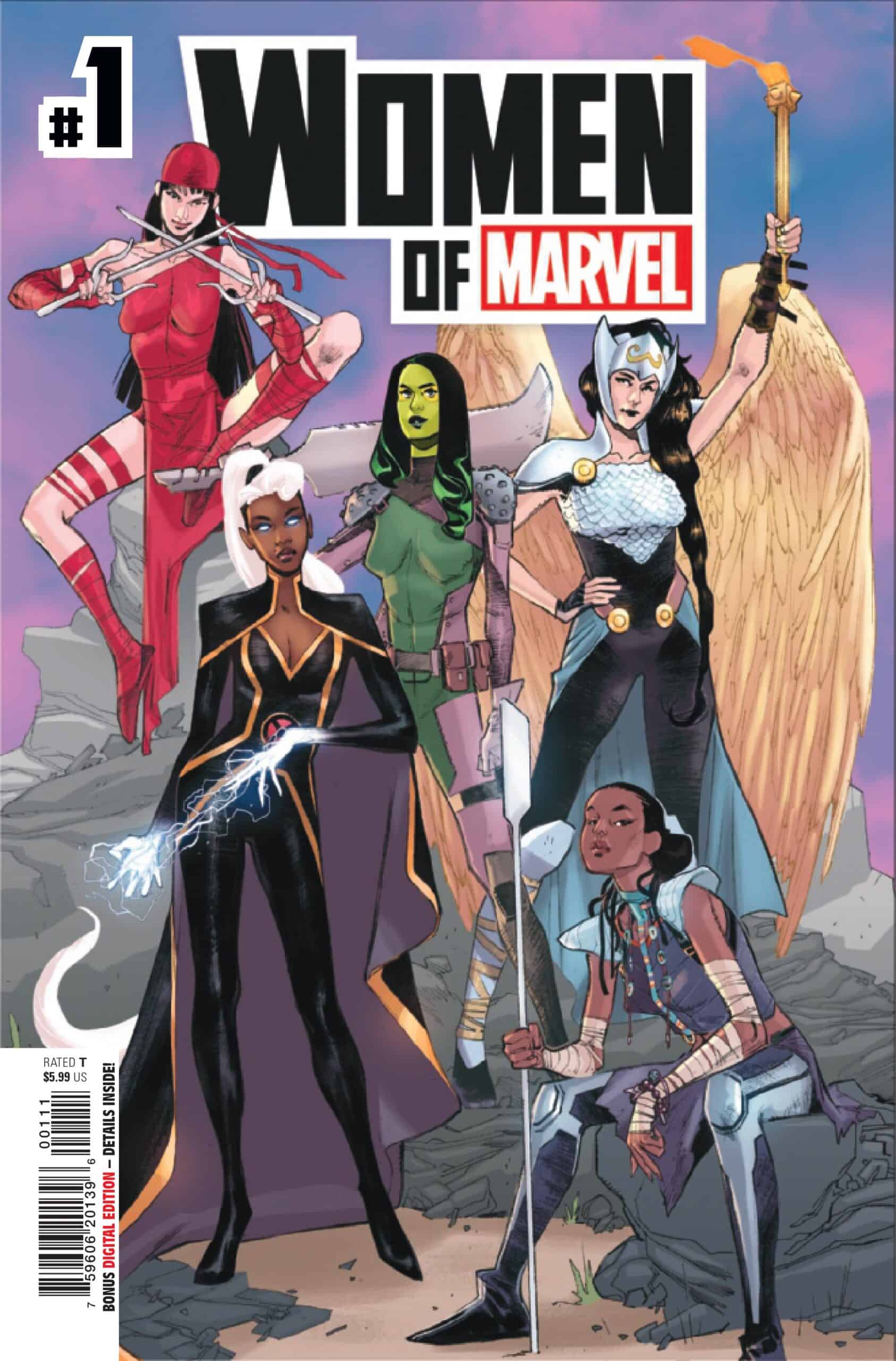 “Saturday Morning in Harlem” by Anne Toole, Kei Zama, and Ruth Redmond uses a tale of Misty Knight solving a mystery to speak of the connectivity that may go unnoticed. The story both starts and ends with this connectivity. Misty Knight comes forward to help a member of her community when the cops had failed to do so and receives unexpected help in the end in turn.

The point is driven further in “Give a Cat a Bone” by Sophie Campbell, Eleonora, and Triona Farrell when they showing how even the most jagged heart can be softened when that connection is brought to light. We get to see a different side of these two characters, Marrow and Feral, with that connection being used to drive the growth.

“Cretaceous Flirtatious” by Natasha Alterici, Joanna, and Irma Kniivila portrays love between a mother and a daughter. While Mystique’s relationship with Rogue is frequently toxic, the setting of the story in the past allows for a more innocent-seeming exchange between the two.

In “Date Night” by Zoraida Cordova, Maria Frohlich, and Rachelle Rosenberg, we see a different kind of love as Gamora examines what love means to her. Which, considering that she is the most dangerous woman in the galaxy, happens with an action-filled backdrop. 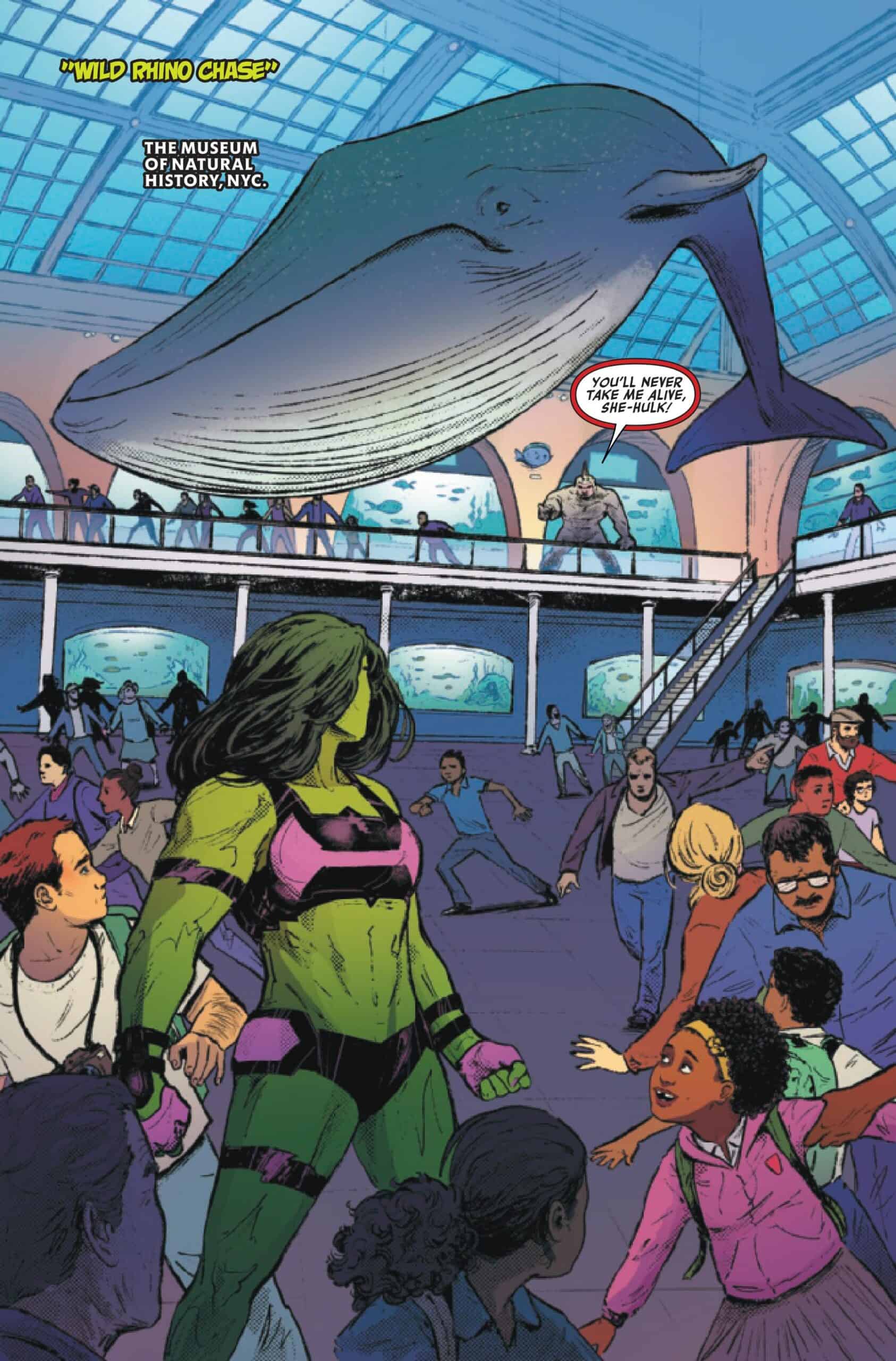 Mariko Tamaki dials up the fun in five one-page stories, depicting a quintet of powerhouse characters in humorous everyday vignettes. The placement of these stories serves to break up the other longer stories a provide a scene change to the next.

Each artist team matches the tone of the narrative the writer is trying to tell. Their different styles working together instead of clashing. Likewise, the lettering by VC’s Ariana Maher keeps the tone consistent while still allowing for adjustments to match the shorts.

“Operation Spyglass” by Elisa Sjunneson, Naomi Franquiz & Brittany Peer shows Captain Peggy Carter trying to save a spy working undercover in WWII France. But Lilliane is not looking to be saved. While Captain Carver defends Lilliane’s choice when her superiors try to use her disability as a sign of diminished capacity, at no point is Captain Carter portrayed as a savior. Lilliane is a powerful force on her own. The art backs up the narrative providing power behind every panel. (Editor Note from Comic Watch’s Duna Haller: Naomi Franquiz’s art feels like the absolute star for me in this issue, like it makes me wish we had more books at Marvel looking this good, modern and expressive! and the second story being about fighting Nazis was a great choice!) 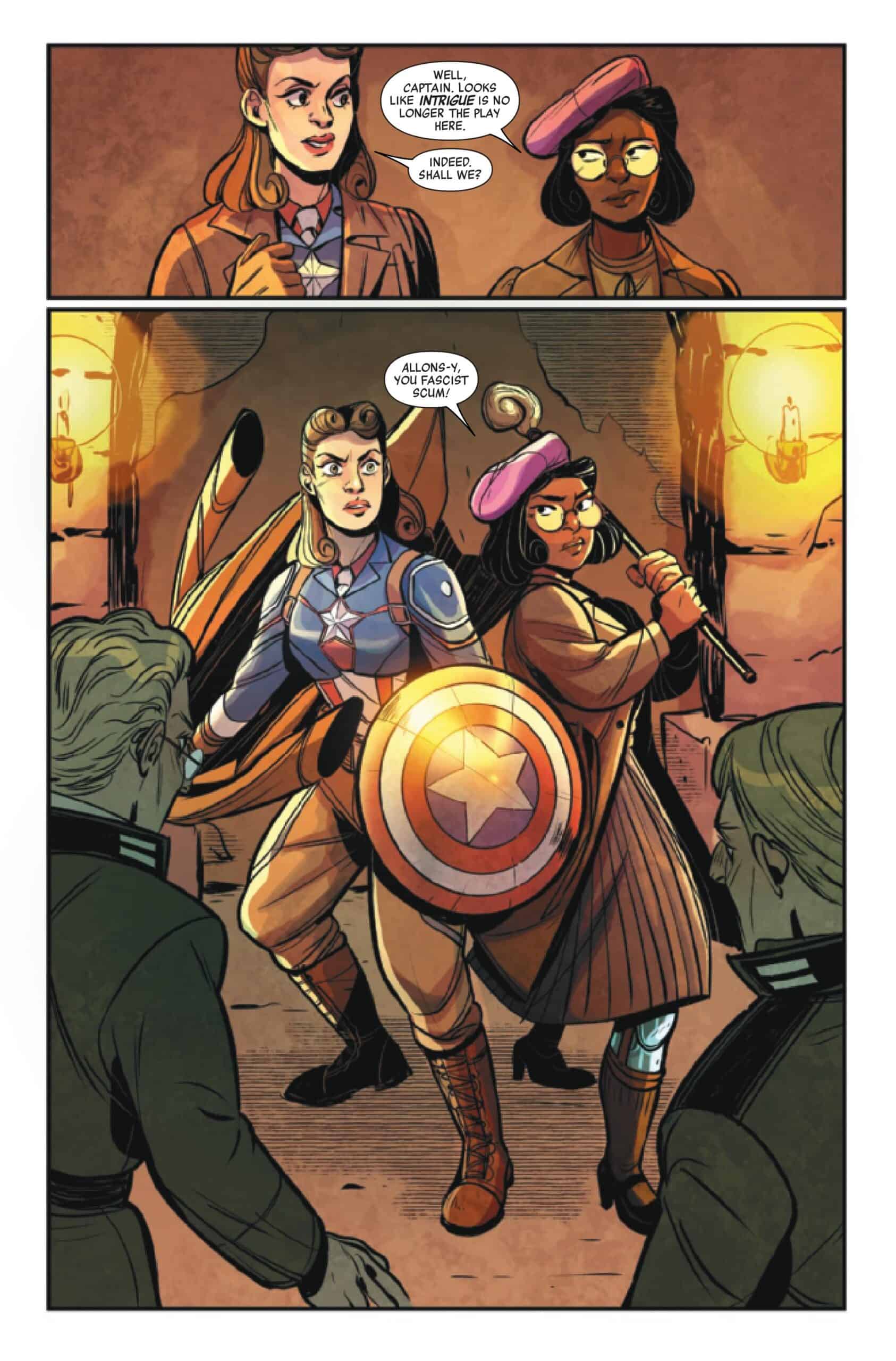 Women of Marvel #1: A Celebration