It’s finally here! Wonder Woman turns 80 years old, and to celebrate DC is going all out for the amazing Amazon! I was lucky enough to grab a few moments with the writing team behind Wonder Woman’s current adventures Michael W. Conrad and Becky Cloonan! They just finished their first arc this month, and we were given old villains, new villains, new love interests, and new friends! CW: Wonder Woman means a lot of things to a lot of different people. What was it about her character that originally drew both of you to her? How excited were you when you got that call to begin chronicling her adventures? 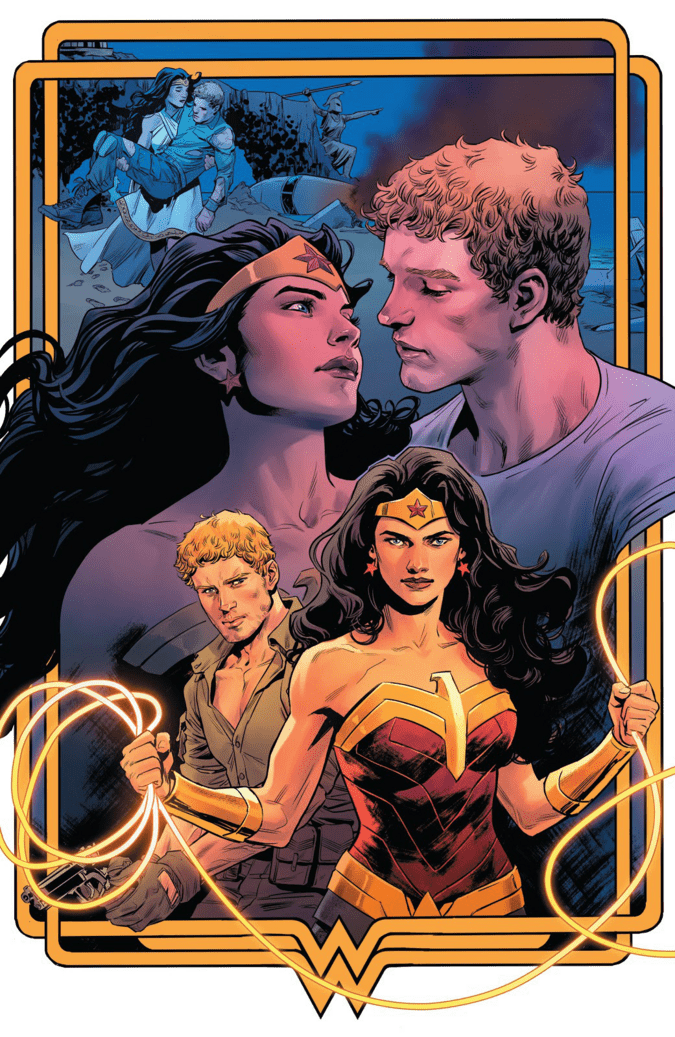 Michael: Wonder Woman has achieved a level that few superheroes achieve, one that transcends media and lives in a collective understanding, a modern myth. Wonder Woman, unlike many other major comic characters, isn’t an American, or even raised in our world. To me this is very special, someone who doesn’t need to be a hero, who doesn’t need to suffer the ills of society, choosing to be here for us because she cares.

When we took on Immortal Wonder Woman, I couldn’t have dreamed that it would lead to us taking over the ongoing. We were informed right before doing an online panel for a major convention… it left me feeling winded, at a loss for words, but ready! Becky: I never thought that I’d be writing Wonder Woman, so when Jamie S. Rich asked if we wanted to take over, I was speechless. As a character, Diana has such a wild history, but her core values have always remained steadfast– I think that’s why she’s endured for 80 years! There is a Wonder Woman book for everyone. Knowing where to take her next was a little daunting at first. With each issue we want to challenge her, surprise readers, and honor the legacy. Easy, right? 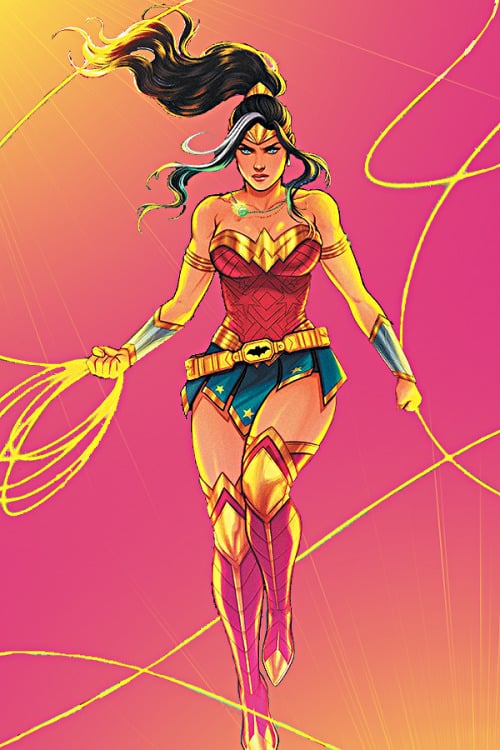 CW: When people think of Wonder Woman’s rogue galleries, people think of Ares, Cheetah, and Circe, despite having a veritable smorgasbord of gems and potential diamonds in the rough. Are there any dark horse villains you’d like to use to show the comics world just how amazing they are?

Michael: Oh yeah, we have lists of them, but I wouldn’t want to spoil the fun by showing our hand quite yet! Obviously we have already put Doctor Psycho, aka Edgar Cizko into what we’re doing– one can expect to see him as a greater problem here on Earth. Cizko is far more dangerous when he isn’t psychically projecting his consciousness across the Multiverse.

Becky: Cizko quickly became my favorite villain of all time. He’s so dastardly, and an absolute blast to write. I think it’s obvious you’ll be seeing more of him in the future– and who knows what kind of friends he’ll call to help him with his evil plans!

CW: You’ve just ended your first major arc on the book through the multiverse, and you’ve introduced a lot of interesting new things to the Wonder world, including a new love interest, villain/s, and a new lasso. What made you want to add them to Diana’s world?

Away from home, in uncharted territory, suffering from a brief bout of amnesia, it was important for us to show that Diana will always end up Wonder Woman. This is less of a Nature vs Nurture thing, rather, this is deeply coded in her, by fate, or by genetics. Giving Diana some interaction with unexpected players was critical to express this concept in narrative form.

Also, it’s just great fun to add more ingredients to the stew! Be it Siegfried, Ratatosk, Deadman, Janus, whomever, it’s always fun to see relationships born, how they grow, and in some cases the consequences that result.

Becky: Michael put it so beautifully. We did have some familiar faces, like Dr. Cizko, Deadman, the Greek Pantheon– there were so many easter eggs and juxtapositions that longtime readers could dig into, but we also wanted this first arc to be an easy introduction for new fans! She had died saving the multiverse, so letting her loose on an adventure through the place she saved was too good of an opportunity to miss.

I’d also like to mention how at the end of the Afterworlds arc, Diana is reborn– not from some outside force, but through her own will. There aren’t many self-actualized gods out there, and having Wonder Woman basically create herself was our way of showing just how strong she truly is.

CW: Not only are you an amazing writer, but also an amazing artist as well. How does being an artist change your approach to writing?

Becky: Oh goodness, thank you! It’s probably unsurprising that I’m a visual thinker. I try to play to the strengths of the artists we work with– and we’ve been so lucky to have so many incredible artists on Wonder Woman. I try not to think about how I would draw a scene, but envision how the artist might do it instead.

CW: There’s a very long legacy of creators to work on this book, and character. How do you envision your take on Diana, and is it similar or different from what we’ve become accustomed to over the last 80 years?

Michael: I would like to not try to replicate what has come before, that stuff exists and I love it with good reason, because there is so much great stuff there. That said, it exists, and hopefully people will continue to access that work for years.

So rather than try to channel Perez, or Rucka, or any of the greats that came before, I wish to be well informed by that work and that continuity, while allowing us some room to further develop things. If you look at Batman, it would be foolish to expect the same kinds of stories they were doing in the 80’s, or even 10 years ago. We want to establish this as the norm for Wonder Woman too. She is very much alive in these pages, and as such, if we do our job well, she will be allowed to further develop and reflect the ever changing world around us. This will keep her vital, and make sure that Diana is still important well after we have finished contributing to that generational story.