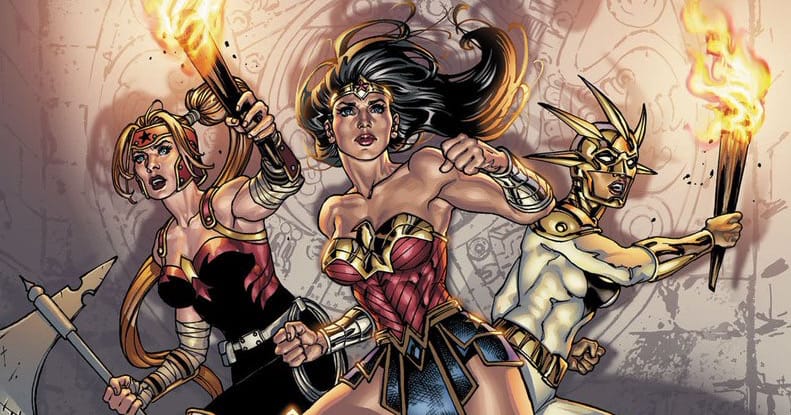 CW: You’ve had a fan favorite run on Wonder Woman, how did it feel when you were offered the chance to chronicle her adventures?

SO: It was a huge honor! When I was offered WONDER WOMAN 51, at first I thought that was going to be it — one issue. So you better believe I put everything I could into that issue, since I may not have ever gotten another chance to work with Diana’s main book. And I remain incredibly proud of that debut issue. In a lot of ways, it says everything I hoped to say about Diana. And as future runs evolved, it was a gift to get a chance to examine those ideas in a much deeper way. She’s a challenging character, and her legacy is monolithic. So, to be able to add even a brick to that monolith was one of the highpoints of my career.

CW: What was your biggest highlight from working on Wonder Woman?

SO: I’m especially proud of being the lead writer on his landmark 750th issues, there’s no question. But beyond that, I was so excited to be able to do a disaster relief one shot, since that’s something close to my heart, as well as feature my friend, the iconic Jan Duursema, on its interior art. The same goes for being able to feature Ramona Fradon in the 750th issue. I’m also very proud especially of THE ENEMY OF BOTH SIDES storyline, as it features the unique type of resolution you can only get from Wonder Woman. ANY time I get to combine Diana and Artemis, and show how they can both shine, will always end up being one of my favorites. 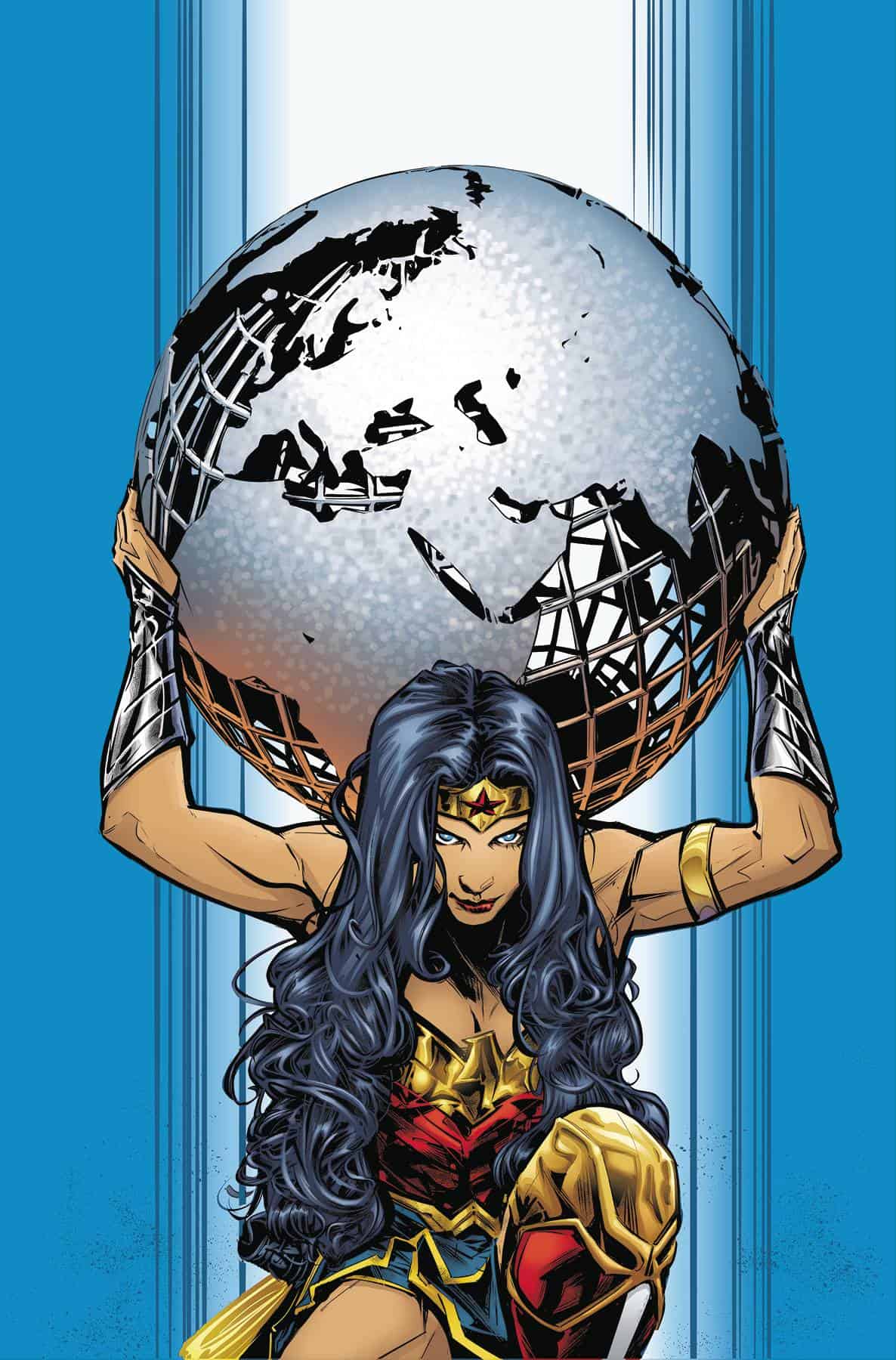 CW: When you think of Diana, what are some of the things you associate with the character, and her world? What did you want to incorporate that had been long forgotten over the years?

SO: You mean besides kangas?

The core of Diana to me is the warrior for peace dynamic. For her, violence is a last resort. But when called for, she’s swift, deft, and impossible to overcome. But the idea of compassion for her enemies, of finding a resolution where all can win, if possible. To me that’s what makes Diana unique. She fights just as hard for justice as her peers, but there’s an extra step, the follow up, that differentiates her. We saw that in WONDER WOMAN 51, where yes, she brings an enemy to justice, but is ALSO invested in that enemy’s story. That was my allusion to TRANSFORMATION or REFORM ISLAND, a concept from the Golden Age, where Amazons would help the evil reform themselves with the teachings of love. Of course, things aren’t that cut and dry, but I think it’s core to Diana still – it is more radical, more dangerous, and more heroic, to care about your enemies even in the face of them wanting to strike you down. That doesn’t mean letting them win, but it remains as a concept that even I, as a human being, am not sure I can grasp outside of the confines of comic book space. 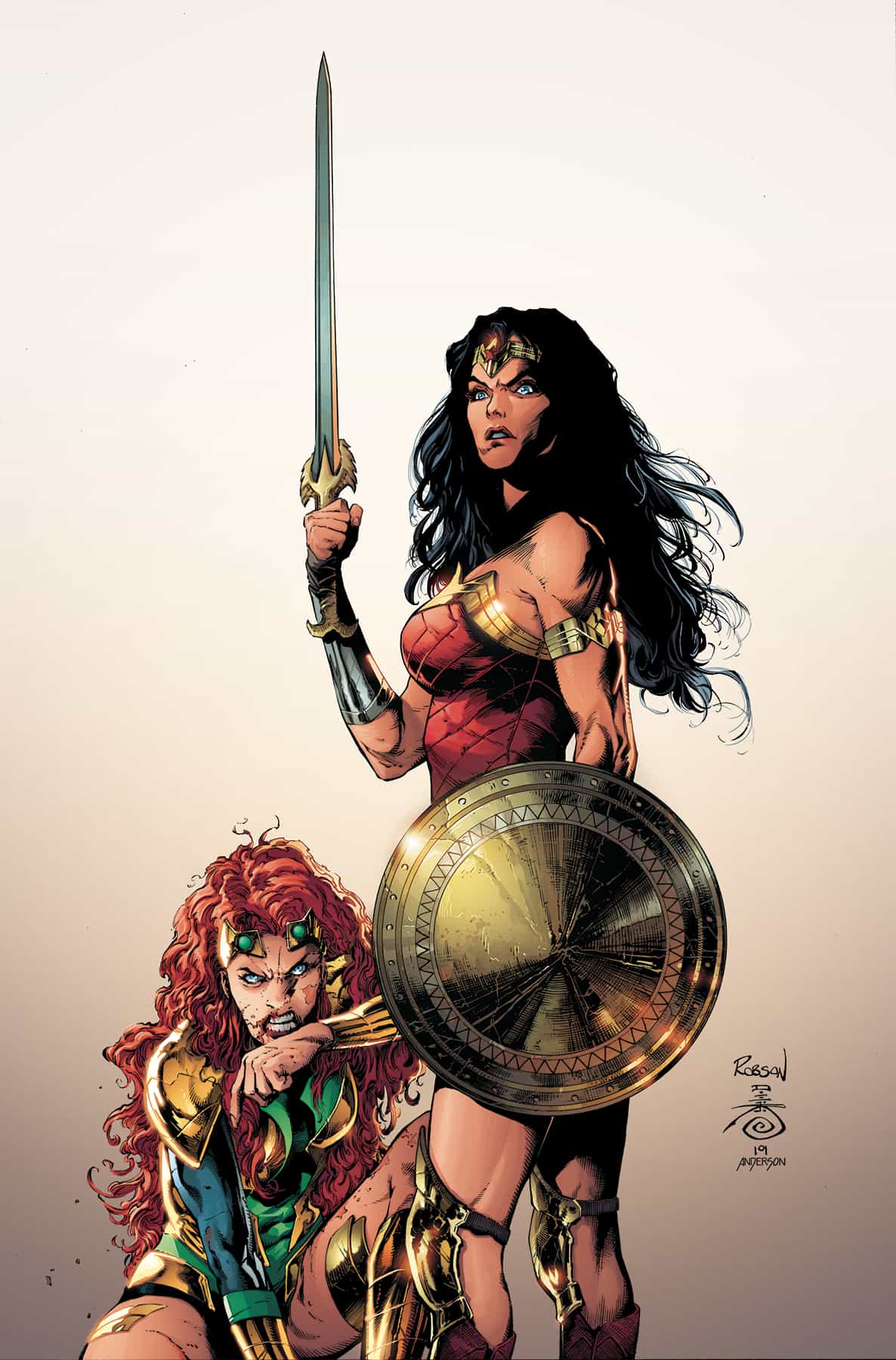 CW: Diana has become a queer icon for several decades, and the Amazons have dealt with queer coding for decades, until Rucka finally had Diana exit the closet. how did it feel having the chance to work on such a historically important queer literary character?

SO: As I said above, it was an honor! Diana has long been a queer icon, among her multi-faceted appeal to a variety of cultures. The challenge for me coming onto the book was to remain dedicated to my job as a storyteller, versus as a lifelong fan of the character. They’re not mutually exclusive of course, but it’s easy to fall into forgetting that these are characters that must be challenged, that must overcome, that must feel their faults and grow from them. From that, I took the story of Diana’s standing side by side with Maxima to fight for Maxima’s love, as well as reveal the truth that Almerac was founded by two women warriors in love, instead of a man and a woman, as the planet’s power structure would have its people believe. Diana has long been, has always been, an icon for truth. I think that’s one of the major reasons she is such a queer icons — we know she is uncompromising when it comes to truth, and we know she’d fight for us, and defend our right to live our own truths, to her last, if need be. CW: You’ve become a fan favorite writer, especially with the LGBTQ community, and you’re about to begin writing the Marauders title at Marvel, with your creation, Somnus, joining the team. The X-books have been host to lots of queer coding with their characters for decades, with very few confirmed being LGBTQ. what are your thoughts on adding an openly gay mutant you created to this book? Do you plan to address the queer coding of other characters?

SO: Creating Somnus for Marvel was an opportunity I could not pass up. One of the quickest decisions of my career! And adding him to MARAUDERS was even more exciting, because it offers us a chance to spend real time with the character, and cement his place in the Marvel Universe as well as on Krakoa. When it comes to adding new LGBTQ+ characters to these worlds, I’m in a very lucky spot. In most cases, I created, or repackaged at least one if not more of these characters in every book I took part in over my time at DC. So at Marvel, and always, the challenge for me is to say something new, address something that Big Two comics have not addressed when it comes to LGBTQ+ characters before. For DC PRIDE for example, that was our comic book lens on historical straightwashing. For MARVEL VOICES: PRIDE, it was a look at queer elders, queer aging, and the struggles and compromises of past generations that we are lucky to no longer face (though of course, we still have our own unique struggles to covercome). Somnus offers something unique to the world of X-MEN. As a mutant, and as a gay man, his generation missed this relative utopia. So now, as a member of the Marauders, reborn in his prime for a second chance at utopia, Somnus views everything as fresh and new. For a world where the fantastic has become the mundane, he’s a wonderful character to remind us of the awe and wonder of our present, and that’s something I’m truly proud of.