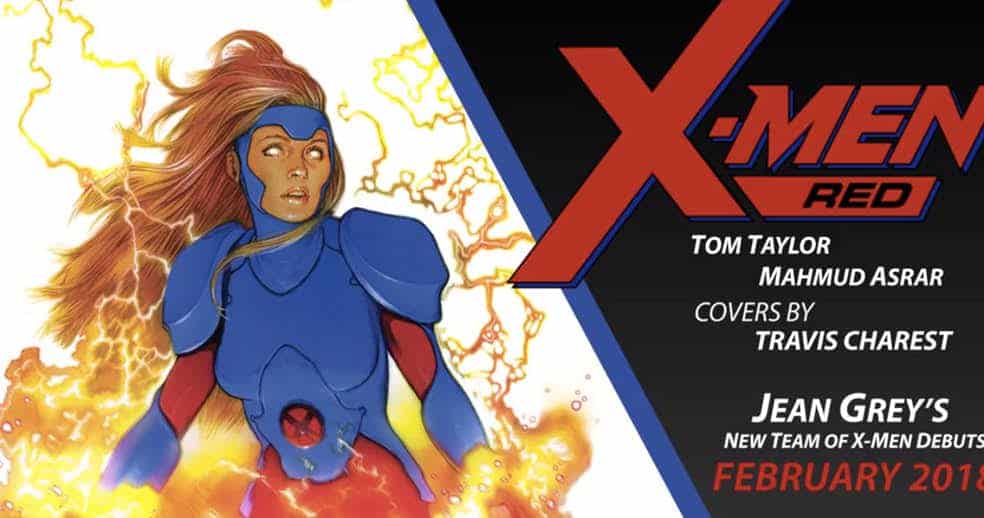 Fresh off the news of Jean Grey’s Resurrection and rebirth in Marvel Legacy, Marvel Comics has announced a new ongoing title Starring the original X-Woman!

Coming in February 2018 we will be adding a new color to the X-book spectrum with X-men Red. This will consist of the newly reborn Jean Grey and a team of undetermined characters.

The return of Jean Grey has been teased and is now upon us! In a Video released today by Marvel that shows the various stages and costumes of Jean throughout the eras, the final image was that of a new costume for Jean. This most closely resembles the 90’s “Jean Grey” Costume that was most commonly seen in the X-men Animated series, but this one is a Blue and Red version rather than Blue and Gold. Taking us to the new frontier of X-books with the release of X-men Red.

We don’t know much at this point other than the creative team consisting of Tom Taylor (All-New Wolverine) and Mahmud Asrar (Wolverine and the X-men) with covers by Travis Charest.

Rumors are circulating that she may actually be in possession of the Phoenix Force, and leading a team of her own.

X-Men: Jean Grey Through the Years