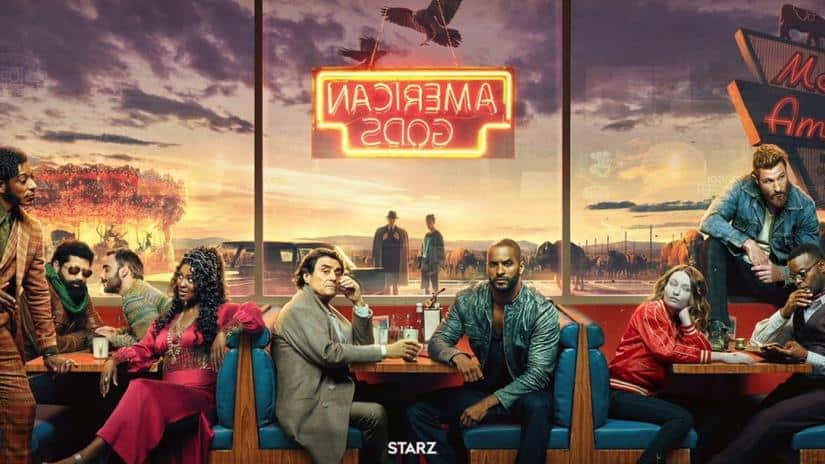 Shadow has been taken hostage in the aftermath of a revenge attack by Mr World. Sending Laura and Mad Sweeney on the hunt, Wednesday prepares for battle, rallying his allies with promises of vengeance for the death of a beloved Old God. In his captive state, Shadow encounters an associate of Mr. World and we learn something of his childhood as Mr Town ‘goes to Town’ and delves into his memories. All the while being trailed by Laura and Mad Sweeney, who are thrown together on their own journey of self discovery as they chase Shadow's diminishing light. 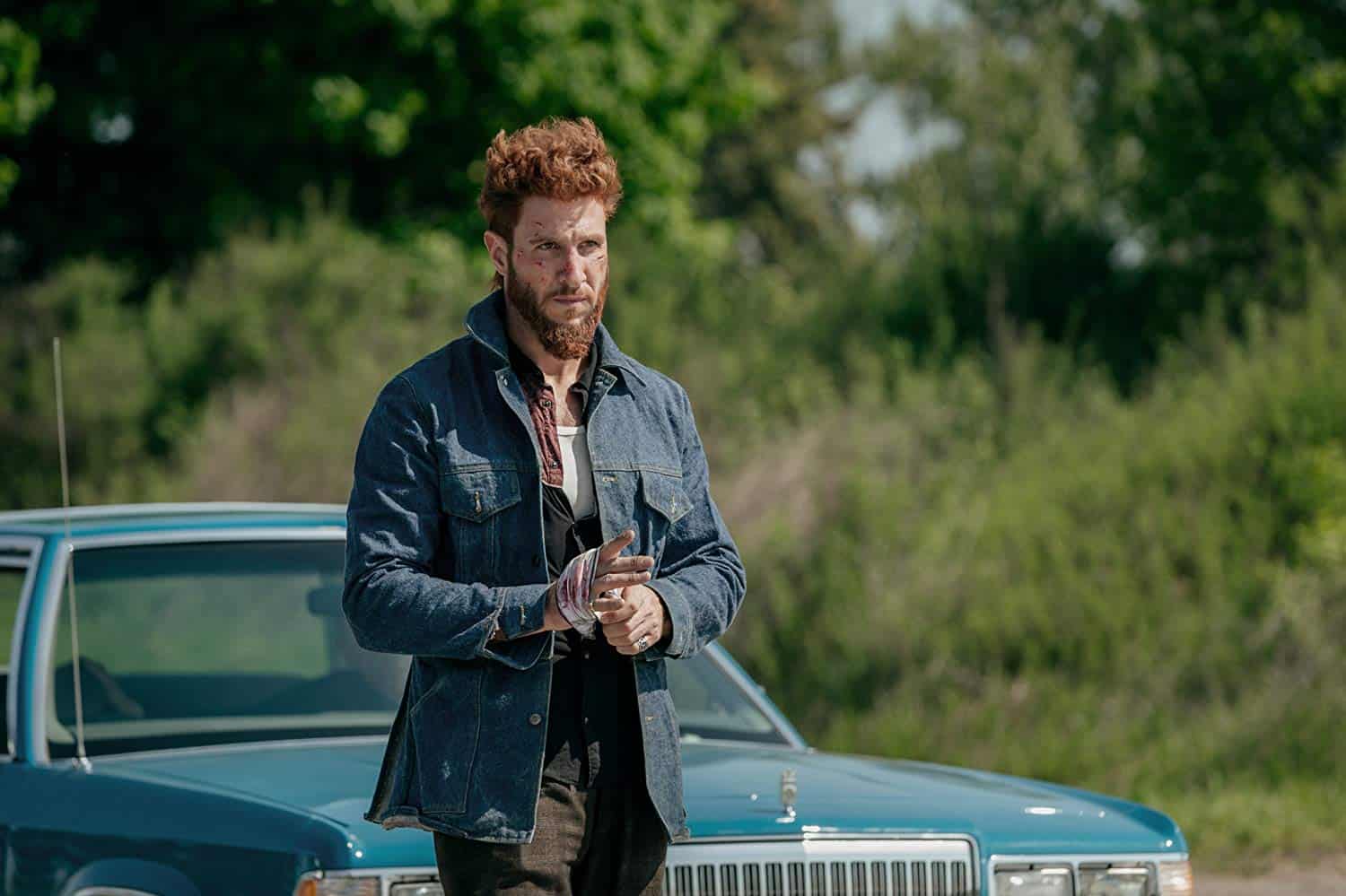 Season two of any show can sometimes be a let down, but this is not the case here; instead this show goes from strength to strength. The pace is kept up and there is no lag as we continue Shadow’s journey of discovery. In fact, it is difficult to even ascertain that this is the start of another season at all. It simply keeps up the pace right from the crazy finale of the last. There is no longer any doubt Shadow is on an epic journey that promises many wondrous sights and sounds. The speculation as to the veracity of Wednesday’s claim to godhood is also cast aside and both Laura and Shadow bear witness to the ongoing saga. And as they are now joined by another mere mortal in the shape of Salim, they are all swept up in the encroaching war. It is worth noting that this episode sees the three human spectators divided and in the company of separate mythical beings as the story takes a different turn for each and the writing is engaging enough to enable us to follow each thread completely. 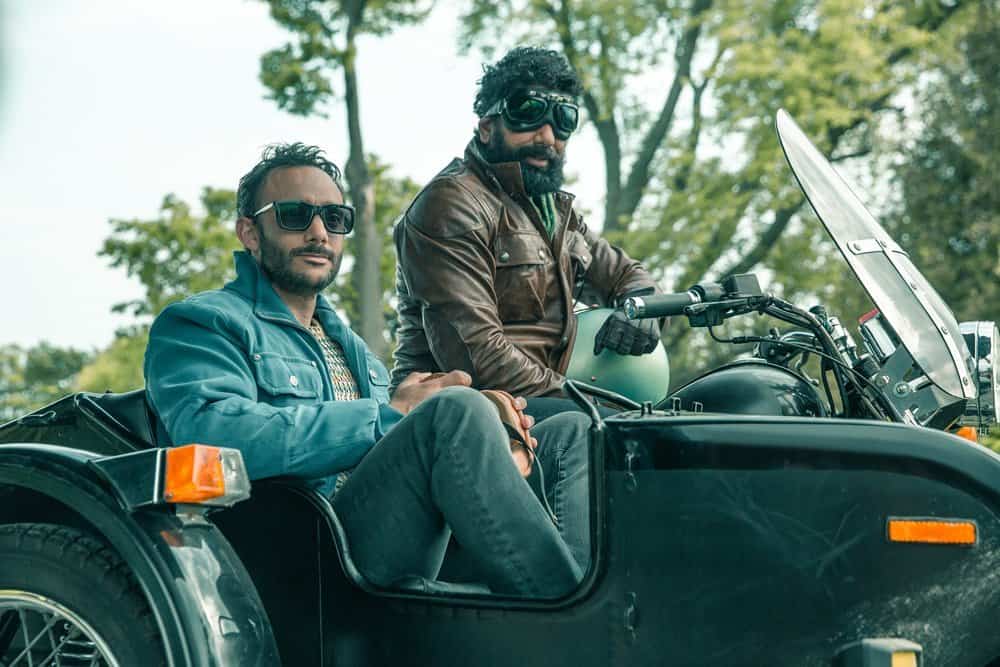 All of the cast are giving it their all, to include the secondary and minor characters. Orlando Jones, for instance, is a wonderful addition as he plays the character of Nancy (Anansi) perfectly, giving the right amount of sass as well as the much needed comedic edge to a very dark segment to things. And Sakina Jaffrey as Mama-Ji (Kali) delivers a fierce portrayal and makes for an intriguing inclusion. In her dowdy disguise as diner waitress she is not to be ignored or taken for granted and in her short time on screen she steals the limelight from even the most interesting of the main cast. 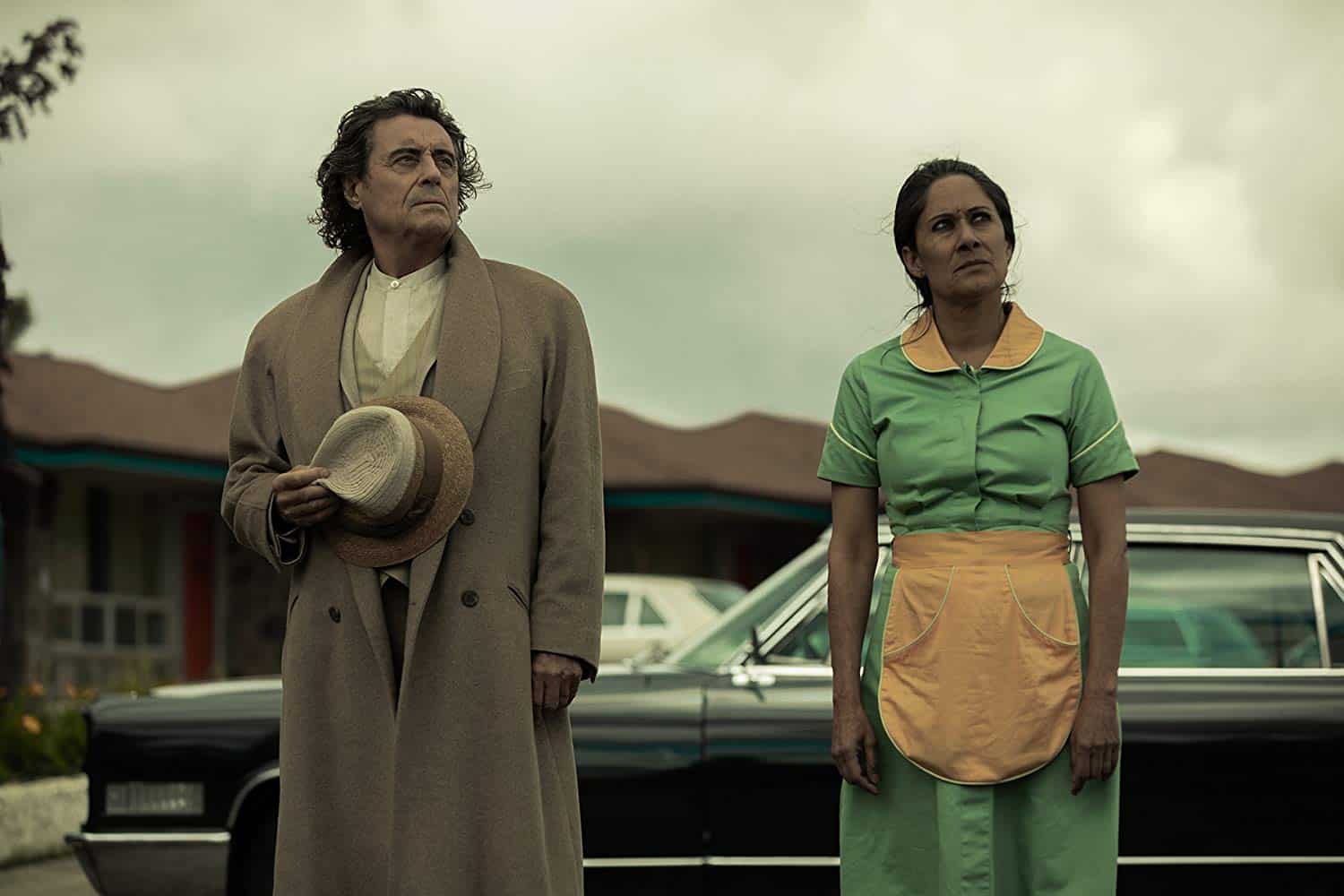 The introduction of the first season was full on and we have not been let down by the continuation. And overall this has been borne out by the production value of the show itself. The opening episode of this season delivered a dizzying visual with the carousel ride behind the known world at the House on the Rock. And no sooner do we open with the aftermath of the tragedy of last episode than we are thrust into some strong imagery with naturally religious undertones. The sight of Shadow hanging prone and crucifixion style is decidedly biblical as we see him in the company of the new gods. 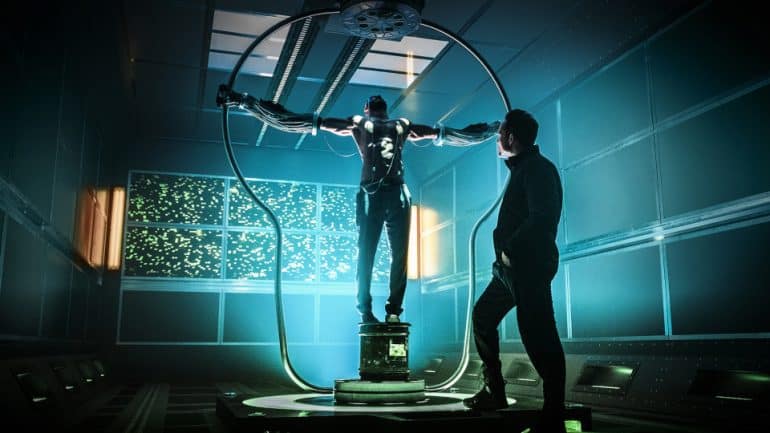 The plot itself has been intriguing from the start, even for someone familiar with the original source material. The fact Neil himself is executive producer of the show goes a long way to ensuring this is the case and was a source of great comfort to many, myself included. And each character is rich in believability and personality, no small task considering the subject matter. Also seeing Hugin and Munin trailing Wednesday, Czernobog and Nancy is a revelation in itself and is a great touch for those in the know. As the episode closes I am already chomping at the bit for the next. 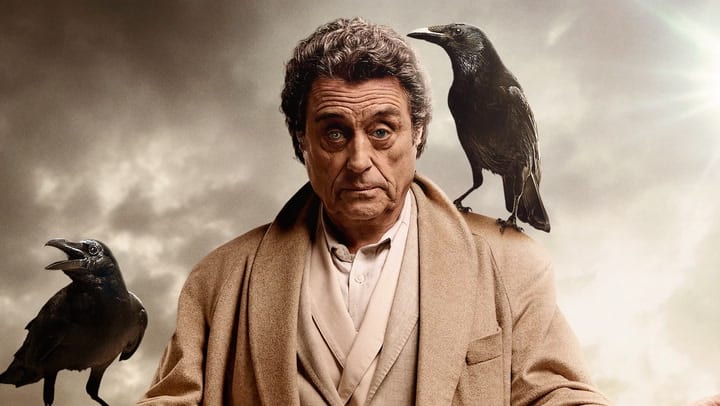 And though the overall vision is starkly different from how I imagined things in the novel this is a natural by-product of any adaptation. From the outset this series has been far from a disappointment in that regard. Instead it has dazzled and illuminated. Not least with the bright visuals of the opening credits, the imagery alone fits perfectly and fleshes out the overall feel. With it’s blend of religious iconography melded together with trappings from the modern world, it screams out the story and deliberately and unapologetically informs us what we are letting ourselves in for. Literally announcing itself with a neon sign. And the powerful theme also combines the two opposing forces within the story. As it couples the loud and brash synth rock of the slick new era with the lone chorister belting out the haunting wailing sound in such a heartfelt refrain. Giving a voice to the old order and the new pretender it mixes the old and new together irrevocably.

Even knowing the story I am still amazed by the visualisation and turn of events here and am vastly enjoying this fresh look at an old favorite.