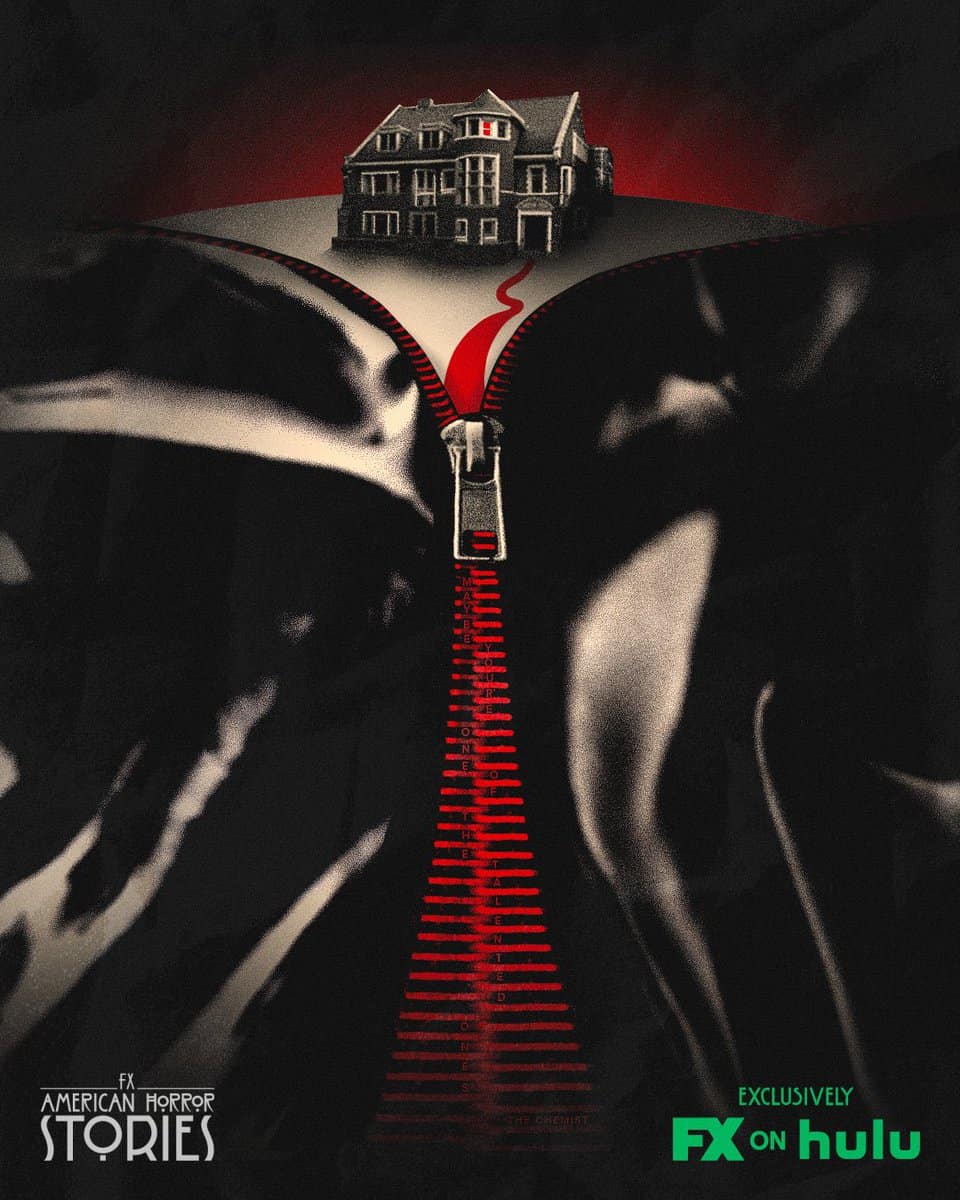 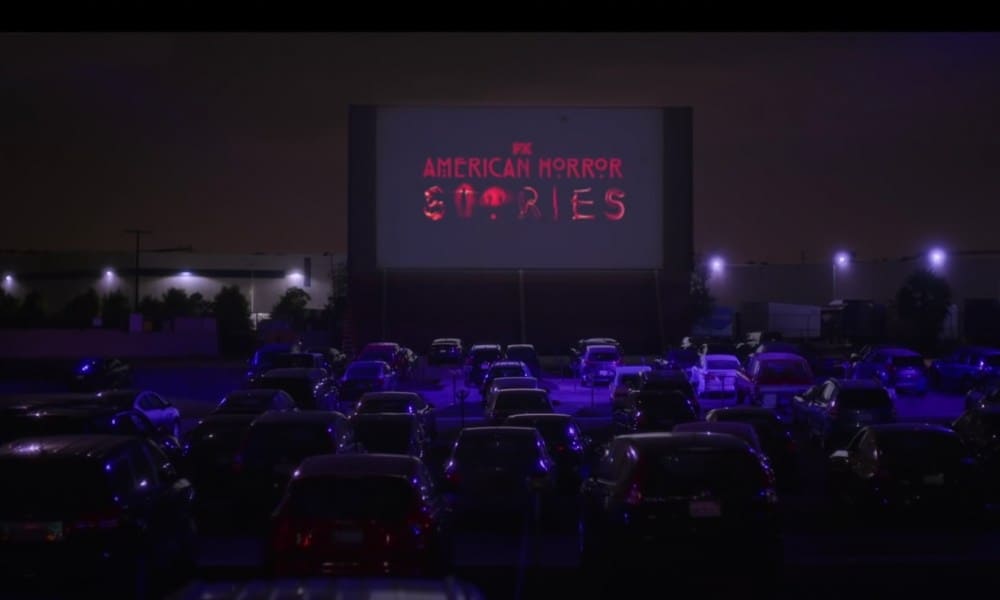 When American Horror Story premiered in 2011 with its first story, “Murder House”, it was a smash hit. It was a breath of freshness and originality and, oh yeah, a lot of scares! To my knowledge this was the first time an anthology show did a season long story. It featured Dylan McDermot, Connie Britton, Evan Peters, Taissa Farmiga, and, in a co-starring role, Oscar winning actress Jessica Lange. Also featured was Sarah Paulson (1996’s American Gothic). The show brought stardom to both Paulson and Evan Peters and jumpstarted Jessica Lange’s career. Ryan Murphy also used the show to bring back an old style mostly used in theatre…that of the traveling acting troupe. There was a rotating group of actors that starred each season. Jessica Lange returned to star in season two’s AHS: Asylum, season three’s AHS: Coven and season four’s AHS: Freak Show. Each of those seasons also brought back Sarah Paulson and Evan Peters in larger roles. Other multi-season actors were: Kathy Bates, Angela Bassett, Emma Roberts who all arrived in AHS: Coven, Matt Bomer and Lady Gaga (AHS: Hotel), Dylan McDermot, Lily Rabe, Denis O’Hare, Taissa Farmiga. Francis Conroy, Adina Porter,  (AHS: Murder House) and late comers Leslie Grossman, Billie Lourd, Cheyenne Jackson, and Billy Eichner. Then, in AHS: Apocalypse, Ryan Murphy raised the bar again by revealing that all the stories, despite all these actors playing multiple parts, were set in the same universe! 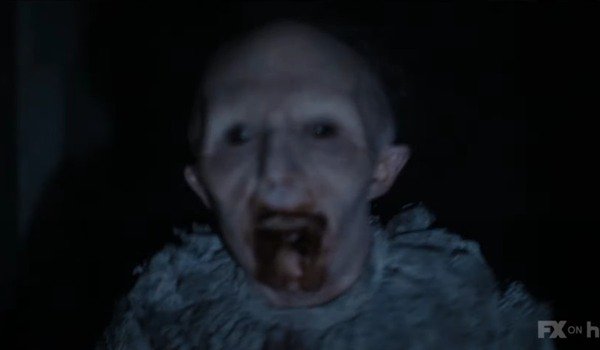 So, when the new spin-off was announced that would drop the season long arcs in favor of single stories, fans naturally wondered if it would carry the same feel, the same scary vibe as the original series. After viewing the first three episodes I would say the answer is yes…and no. The first 2 episodes, which were, ironically, a two-parter, “Rubber(wo)Man” definitely feels like American Horror Story. It returns us to where it all began…Murder House. It also brings back the series’ most popular villain, Rubber Man (sans Evan Peters). Gay dads Michael (Matt Bomer) and Troy (Gavin Creel) move into Murder House with their teen age daughter Scarlett. 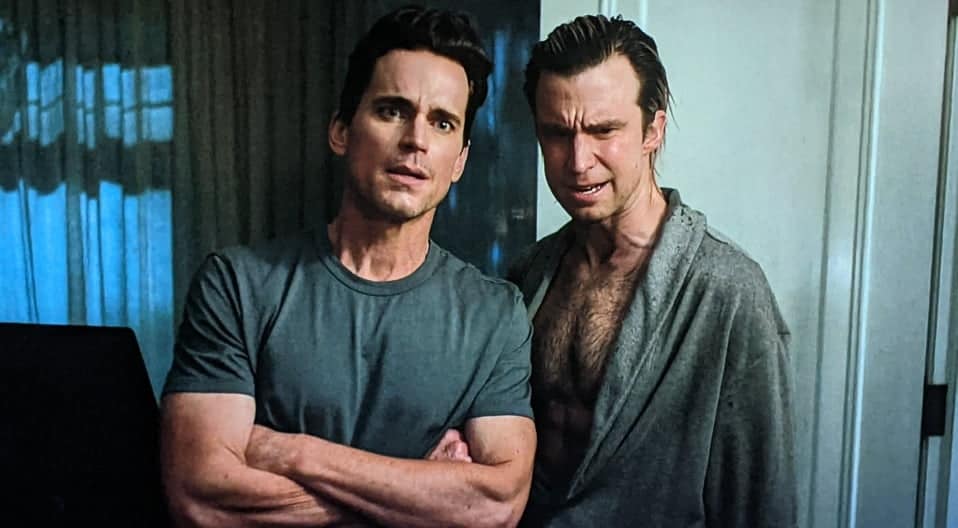 The guys have plans to turn Murder House into a B&B and tourist attraction. They believe in science, not ghosts. And at this point Murder House is just spilling over in the ghosts of everybody who has died in the house. 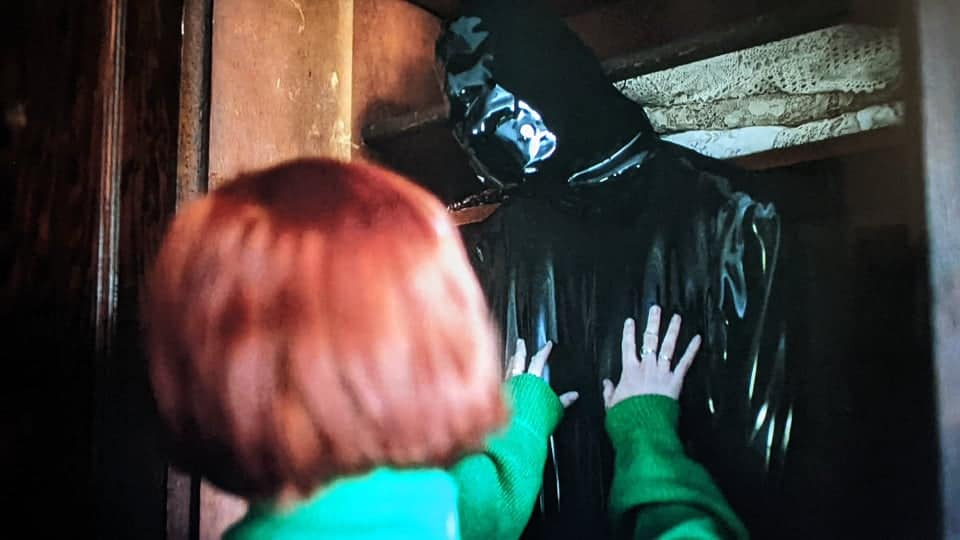 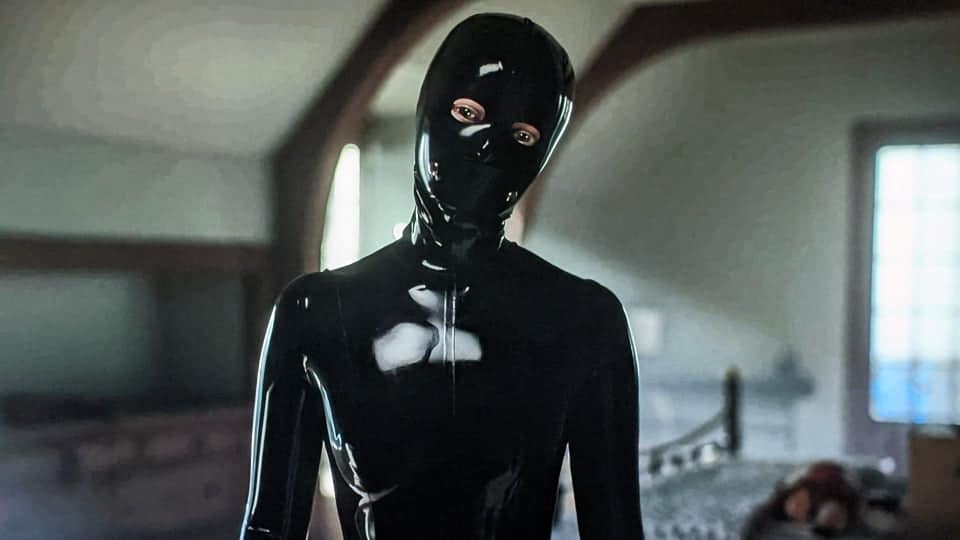 Daughter Scarlett is your typical, angst ridden, rebellious teen ager. But the girl, who identifies as a lesbian, has a dark secret: she’s turned on by extreme S/M, pain, violence. So, of course, she would be the one to find the Rubber Man suit (first brought into the house years before by another gay couple). When four girls from school invite Scarlett to a slumber party and pull a very cruel and vicious prank on her, Scarlett is set on revenge. 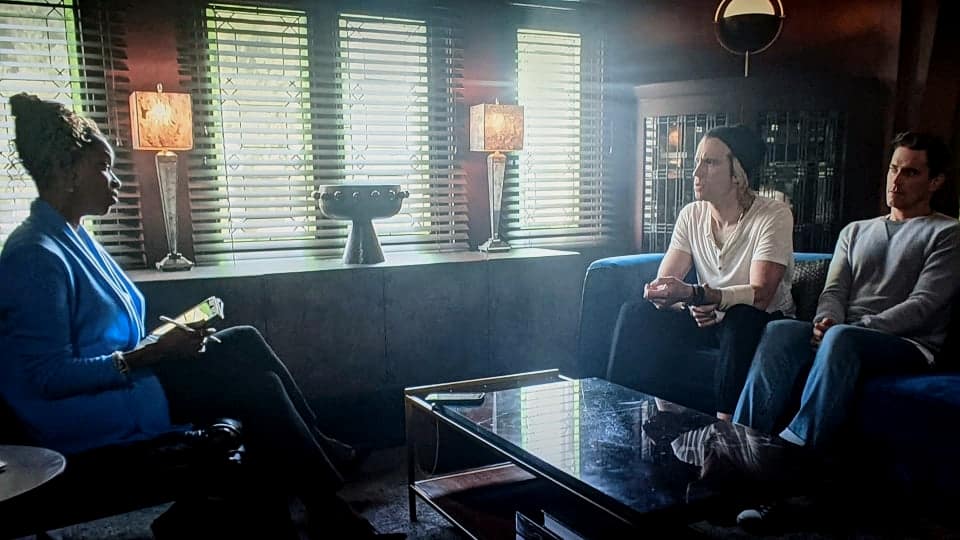 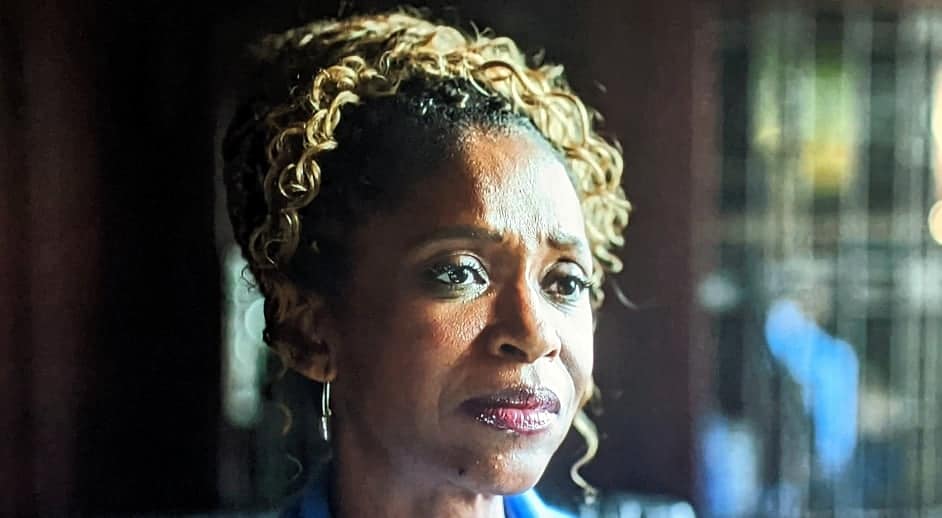 Much of “Rubber(wo)Man” is predictable especially for those who have seen American Horror Story. We do get some “Easter Eggs” in the form of some of the house’s previous ghosts like the little ghost monster with the red ball and even a quick flash of Piggy Man. My favorite part was the family counselor who visits then gets murdered but continues counseling the family when she can arrange time with the house’s other psychologist ghost–a reference to Dylan McDermot of season one. The second half of the story drops a notch though, mostly due to the sudden change in the narrative to Ruby, Scarlett’s ghostly new girl friend. 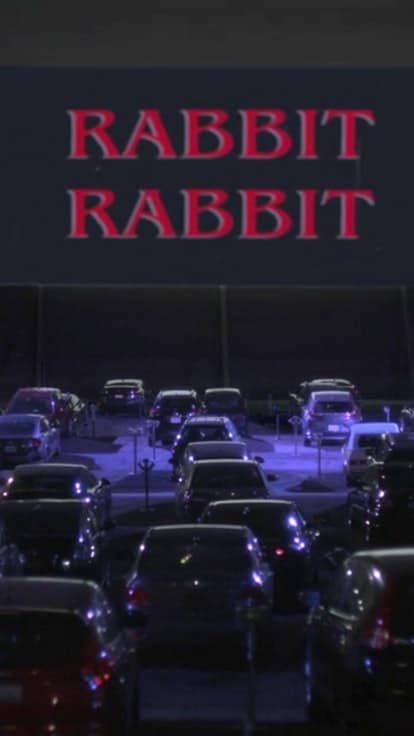 Episode 3, “Drive-In”, was sort of a let down to me. I felt it lacked originality in its tale of some high school kids and a cursed film. John Carrol Lynch is the returning actor for this episode having previously played Twisty The Clown in AHS: Freak Show and the camp killer in AHS: 1984. Here he plays the creator/director of “Rabbit, Rabbit”, a film that had only one showing which caused the theatre goers to turn into crazed killers. The highlight of this episode is definitely Adrienne Barbeau who is fantastic in everything she does. 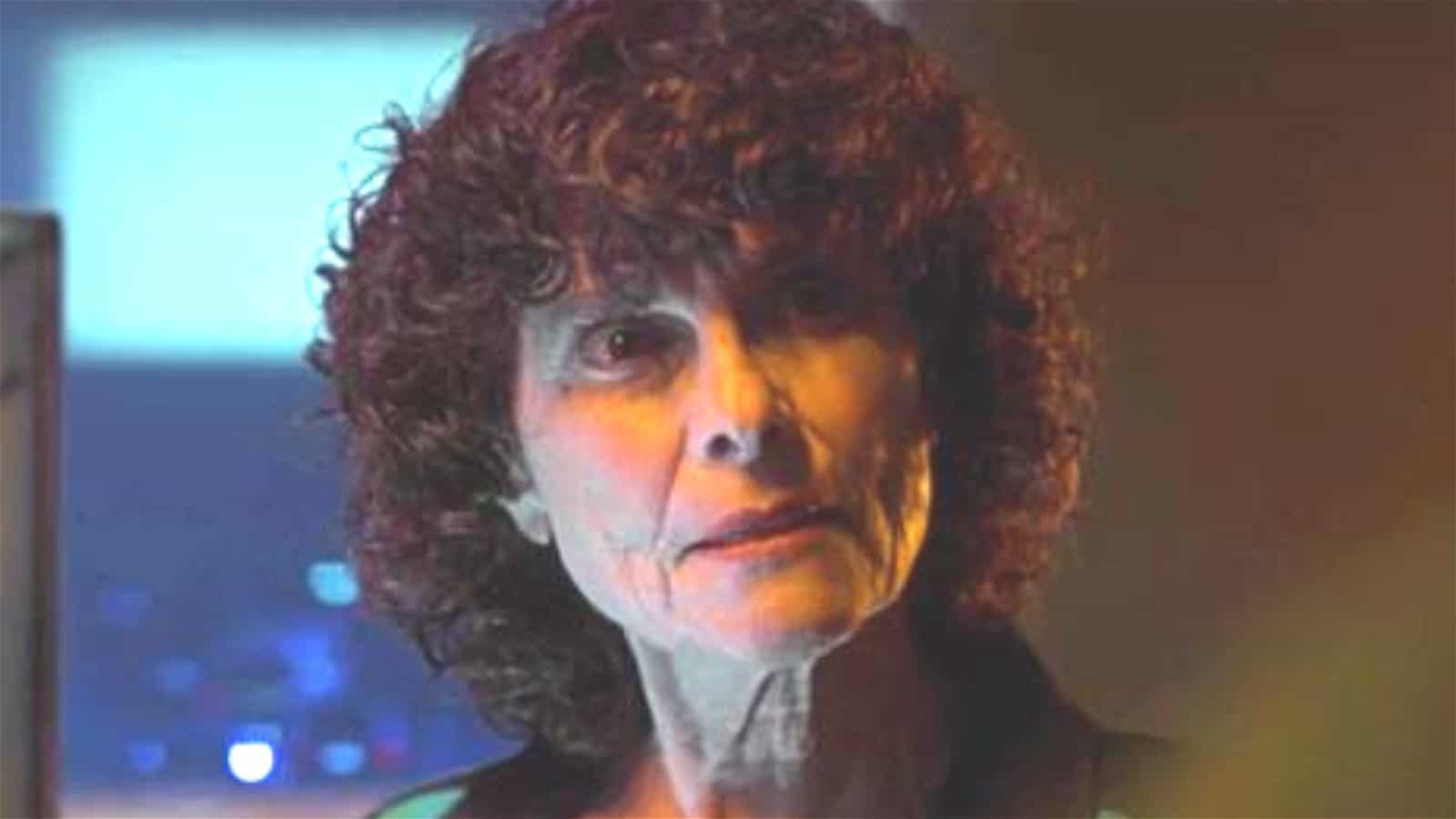 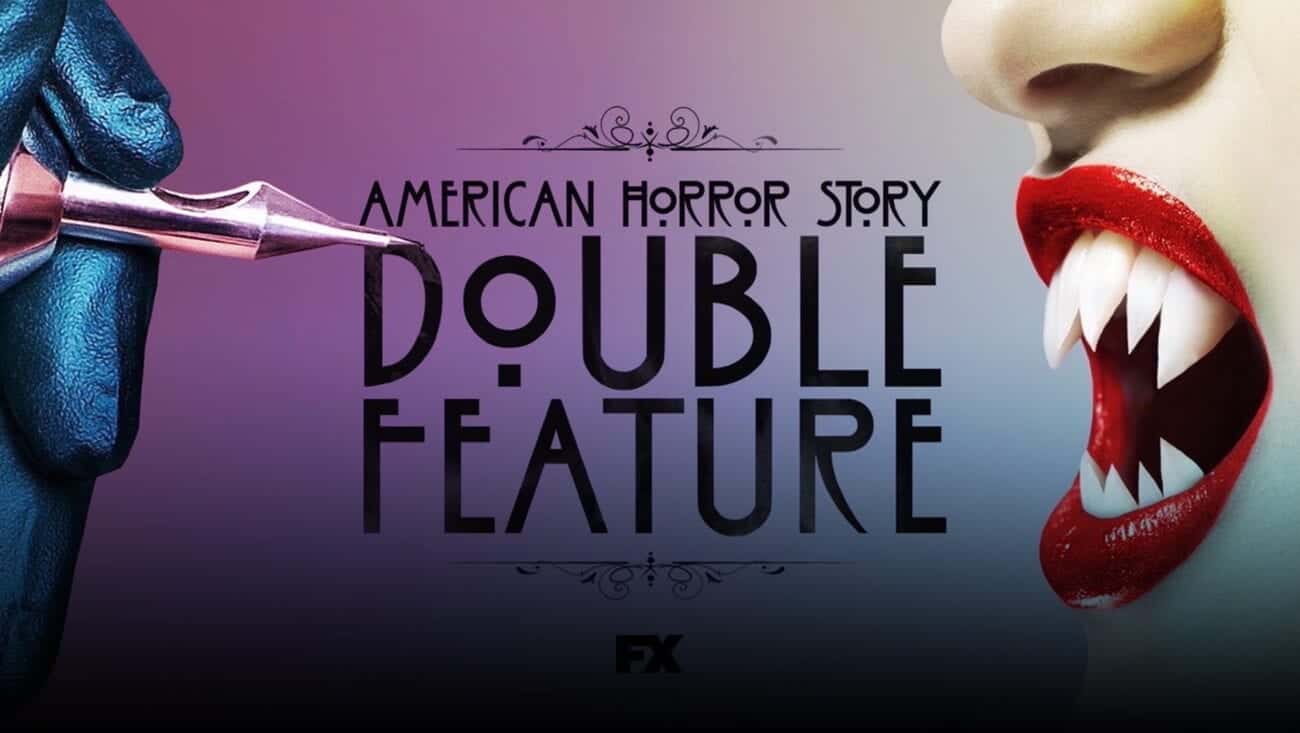