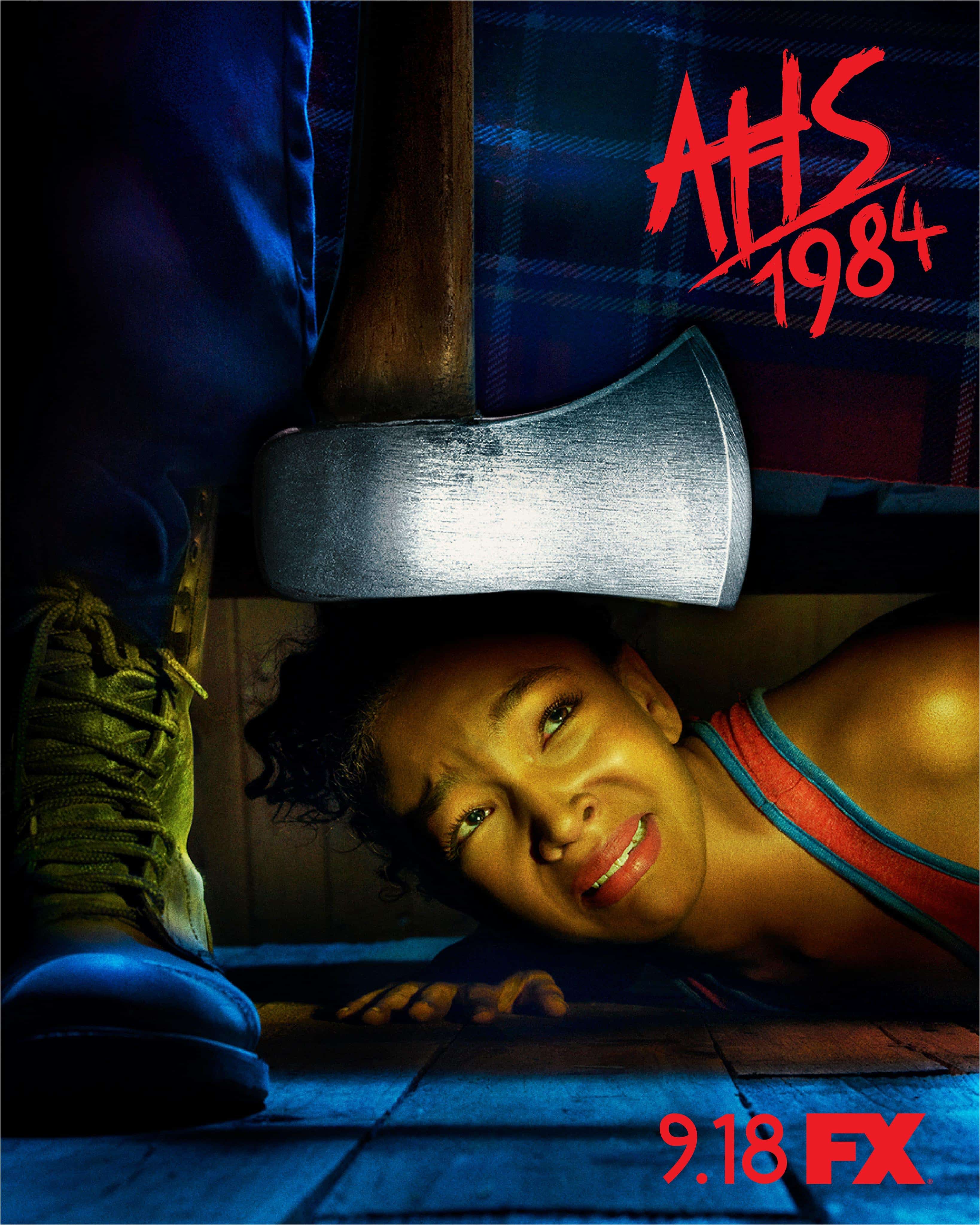 Last year we saw two seasons of American Horror Story (Murder House & Coven) mash up and take on the Anti-Christ and the Apocalypse. Afterwards Creator/Producer Ryan Murphy promised something "lighter" for season 9. 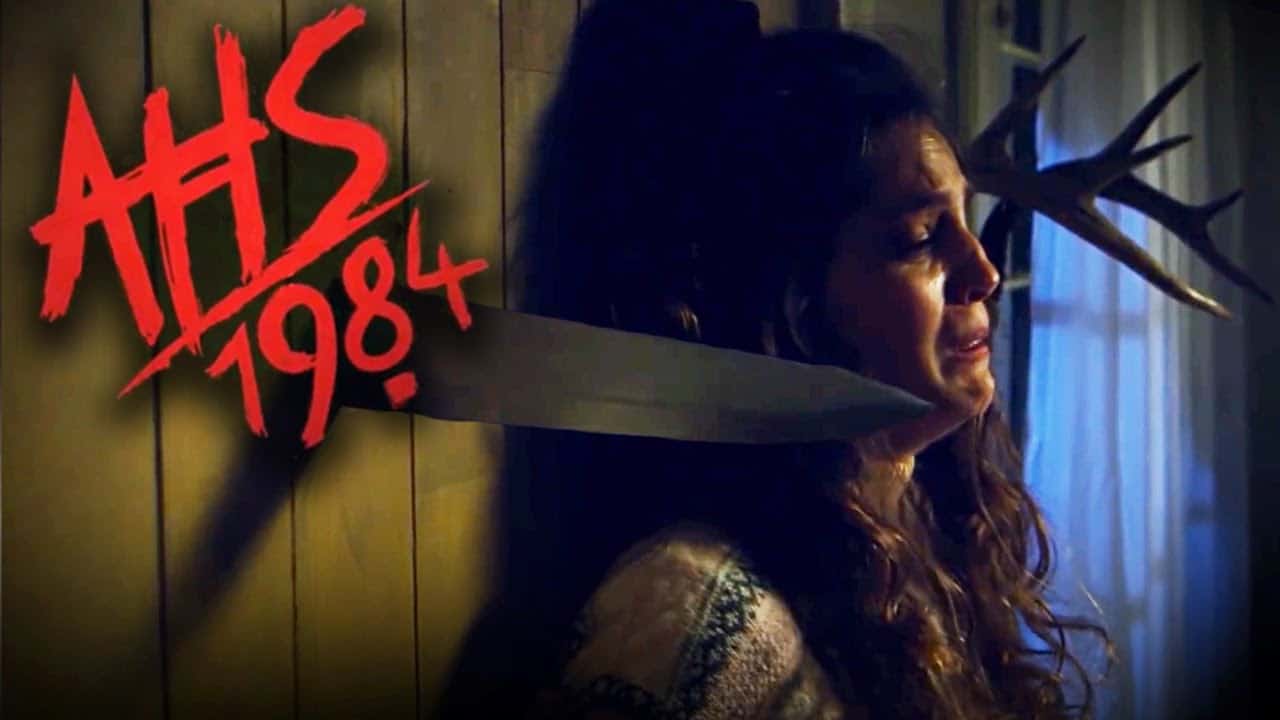 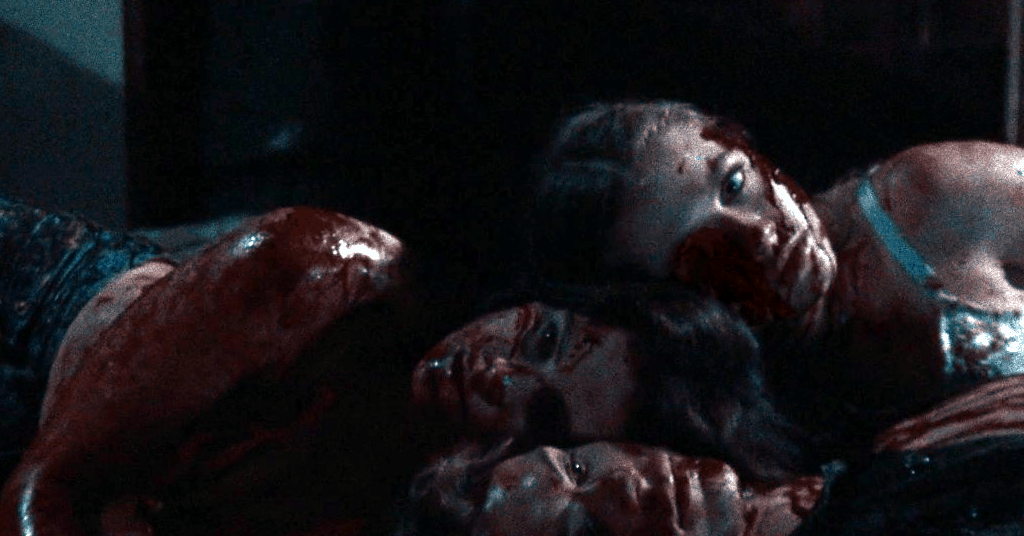 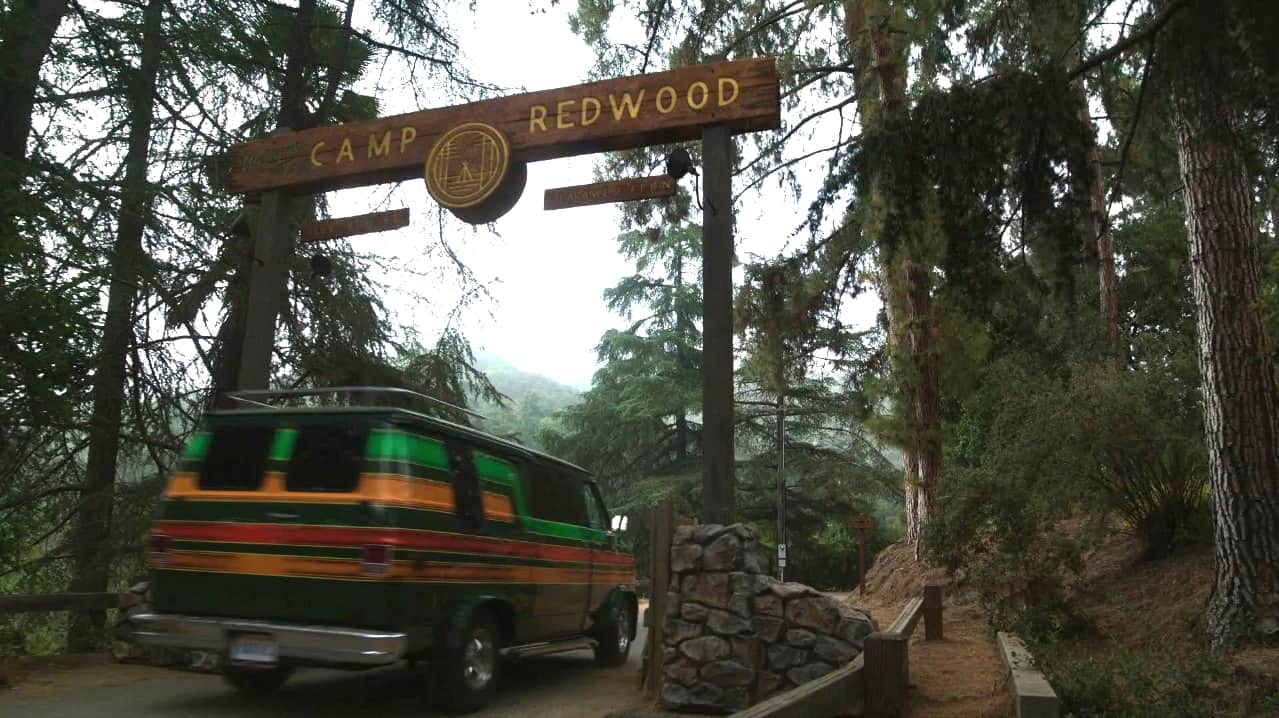 As AHS 1984 opened we saw a blood and gore soaked first five minutes of the show which continued through the episode. Is this really a “lighter tone”? The answer is “Hell, yes!” The story plays out seriously as though it were just another slasher film of the eighties. It’s not a parody the likes of Airplane or Scary Movie. But while we may be tense, biting our nails at the edge of our seat, screaming “Don’t go there, girl!” most of us are laughing our asses off in the back of our mind. 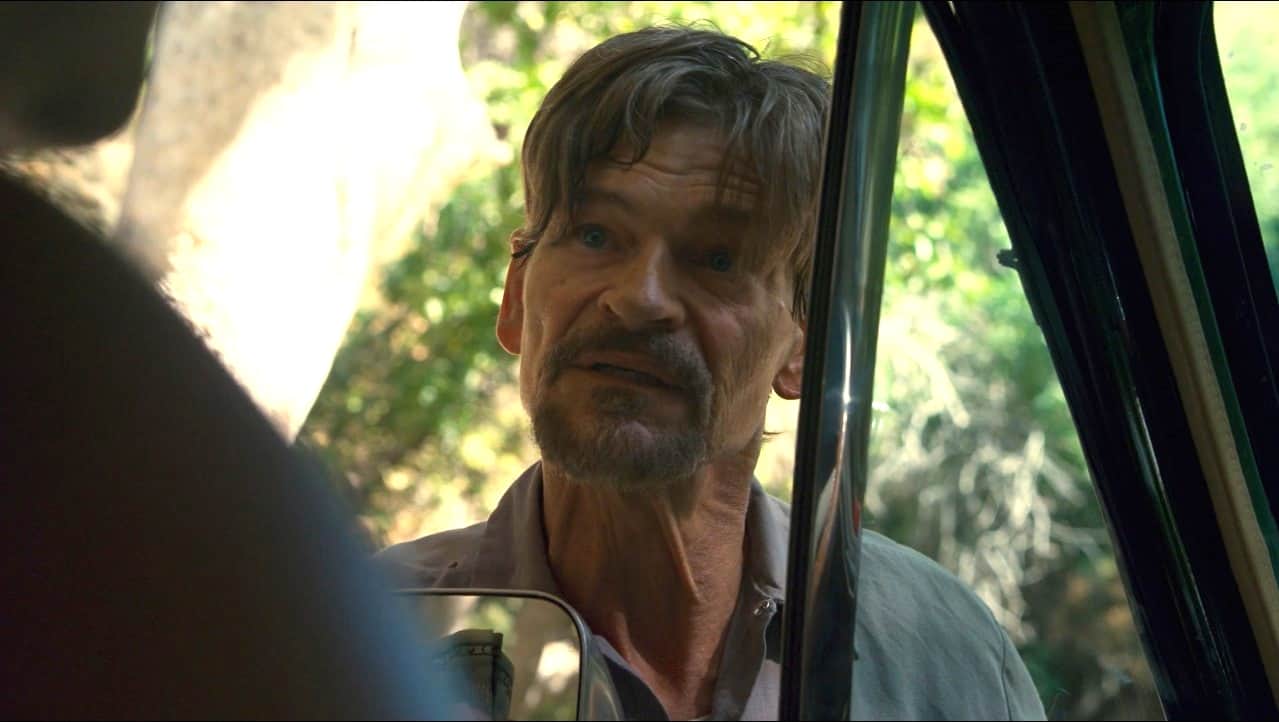 That’s because Murphy and his crew have cooked up the ultimate homage to all those eighties/nineties slasher films from Halloween and most of all the endless Friday The 13th films from which the framework of AHS 1984 is built upon.This season is like a gift to all who have watched this sub-genre of movies from the hay day of the beginning (Halloween, Friday The 13th) until they eventually burned out with each new sequel/reboot delivering diminishing returns and scares. 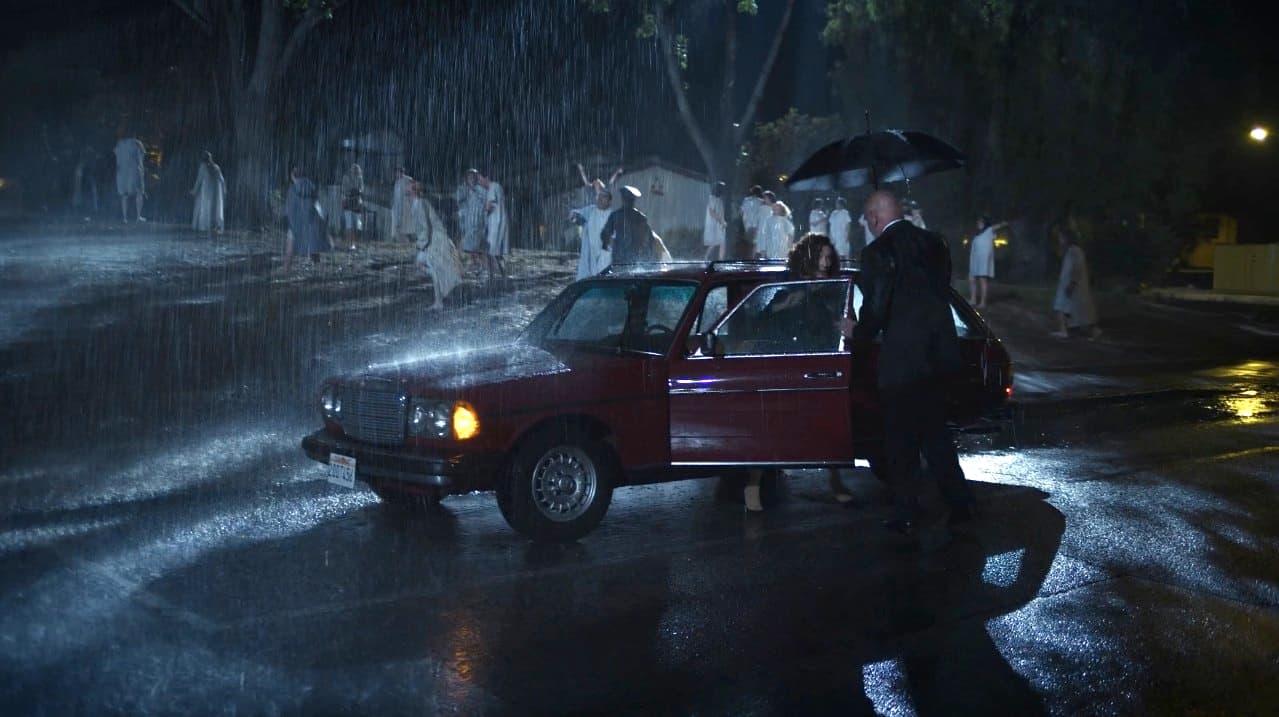 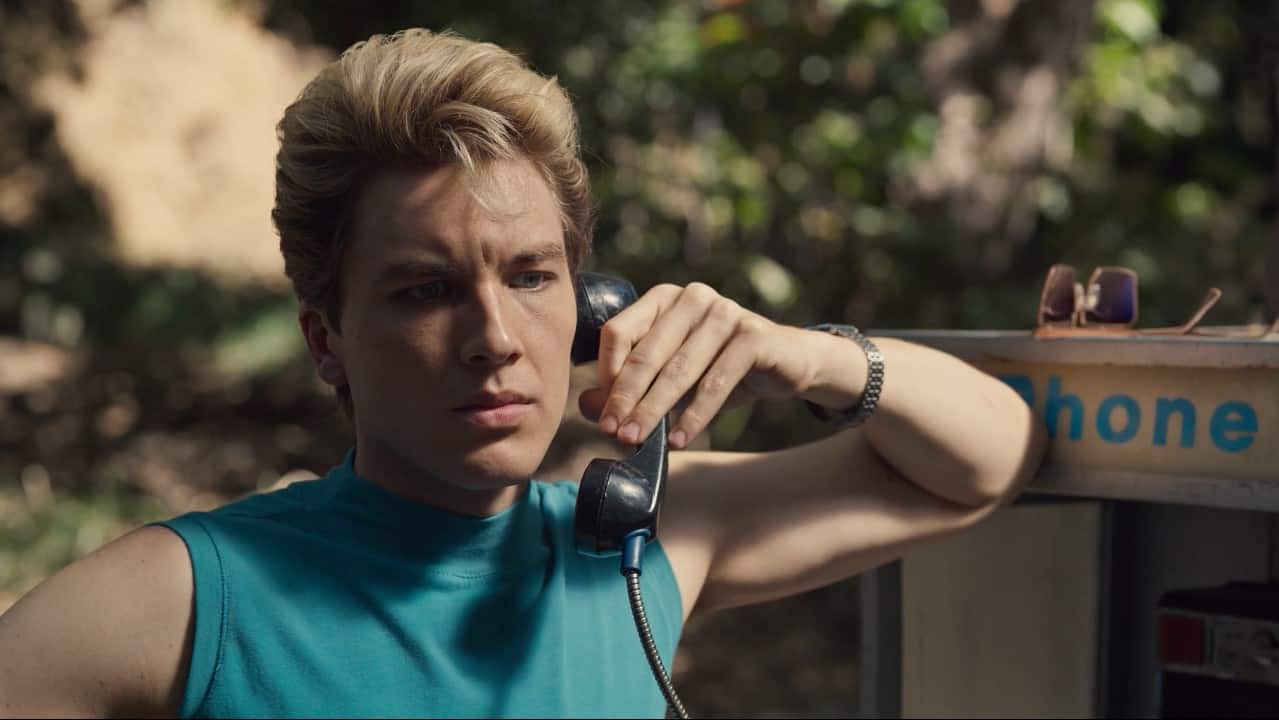 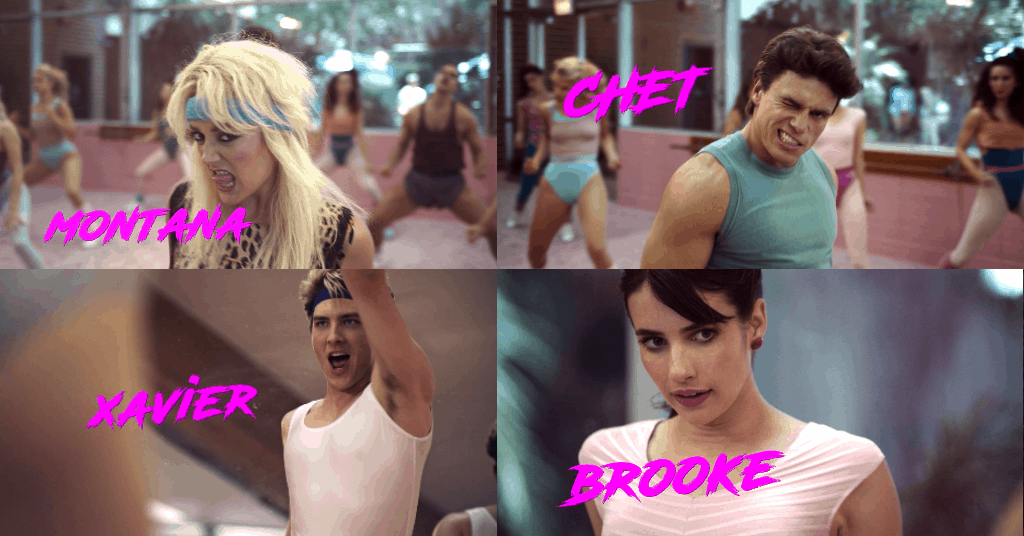 The most familiar names from American Horror Story are sitting this one out. Gone are Sarah Paulson, Evan Peters, and Kathy Bates. It’s rumored that Paulson will make a guest appearance this season in AHS 1984 but she is currently shooting Ratched for Ryan Murphy and Netflix. She will play the title character in the series which Netflix has ordered two seasons of. The show will detail Nurse Ratched’s (the character from Once Flew Over The Cuckoo’s Nest) descent into a murderer. Also starring are Sharon Stone, Rosanna Arquette, Charlie Carver and American Horror Story alum Finn Wittrock. 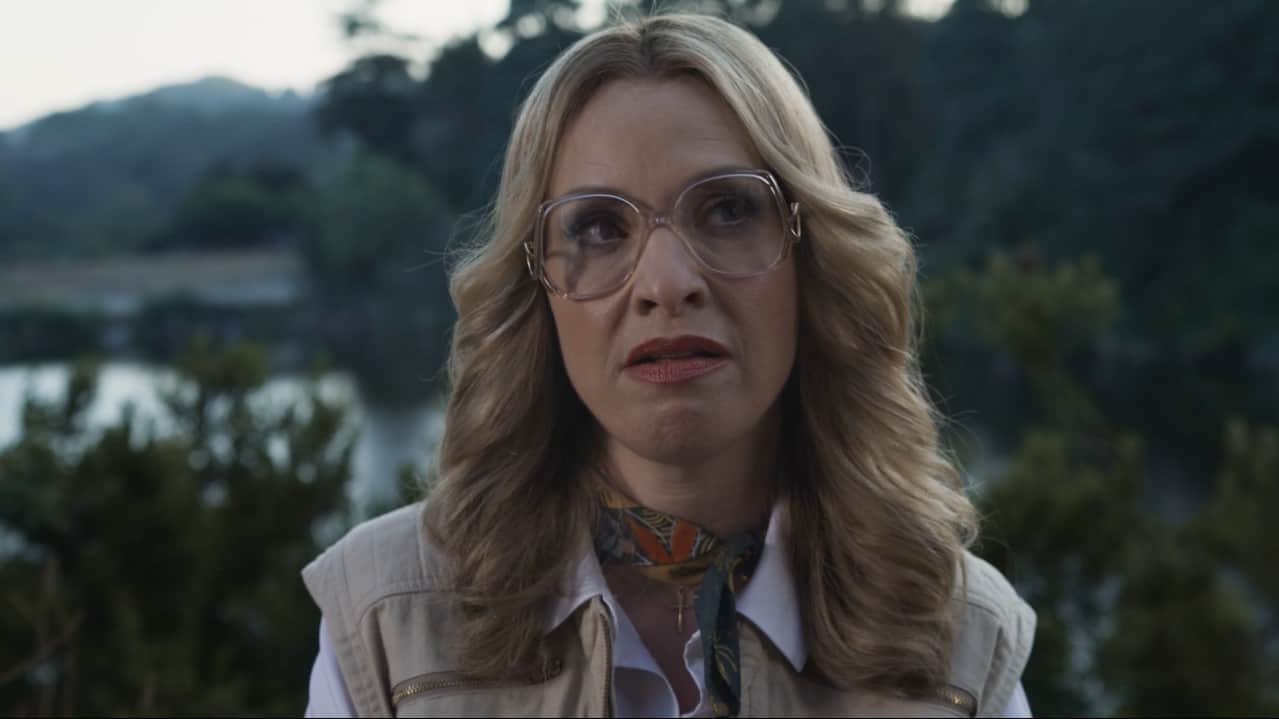 Returning to American Horror Story this season are Emma Roberts as Brooke Thompson, the “good girl” which is a sharp contrast to her character in Coven and Apocalypse…Billie Lourd (Carrie Fisher’s daughter) as Montana Duke an aerobics enthusiast… Cody Fern who debuted last season as the Anti-Christ, as Xavier Plympton…Leslie Grossman as Margaret booth, owner of Camp Redwood and religious nut. 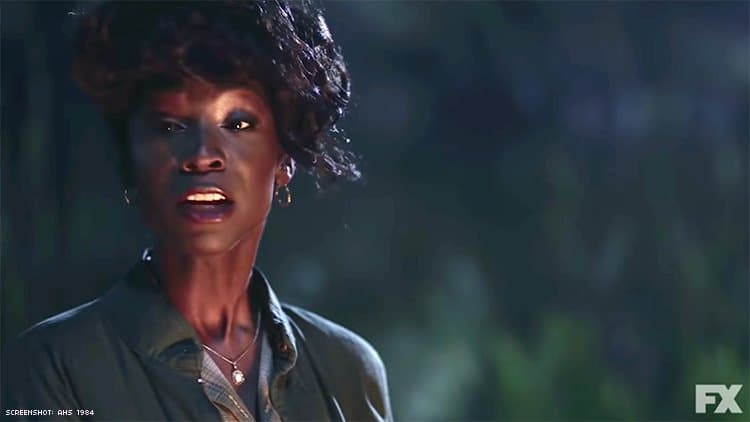 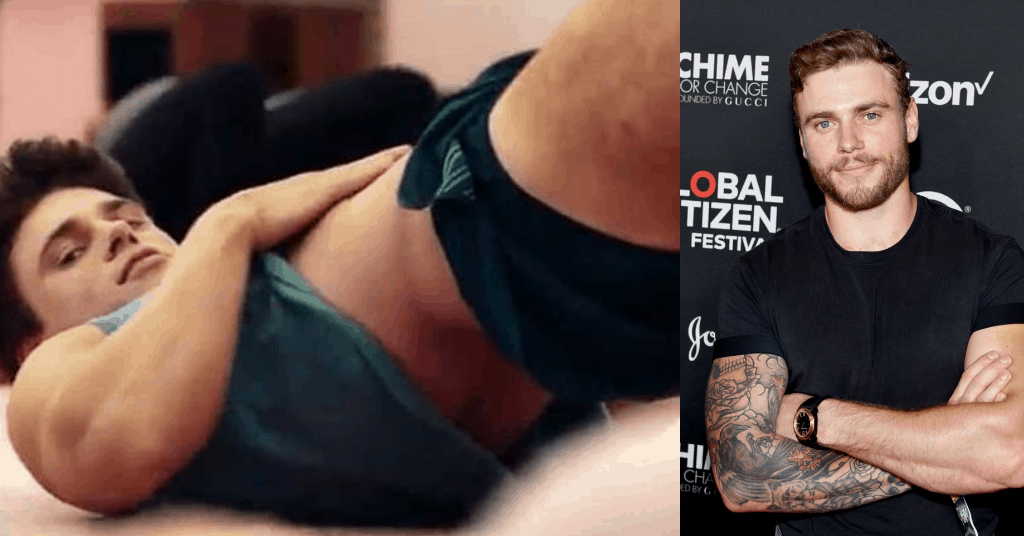 Newcomers include Pose actress Angelica Ross as Nurse Rita…Matthew Morrison from Glee as counselor Trevor Kirchner who once appeared in a Jane Fonda Workout video but was cut due to his rather large endowment…and Olympic Ski champion Gus Kenworthy as Chet Clancy. Kenworthy received some harsh criticism for being gay and playing a straight character on the show which is utter nonsense because an actor plays the role he is given and because he is gay in real life doesn’t mean he can only play gay characters. It’s not like other roles like a disabled person for instance which could be played by a disabled person. 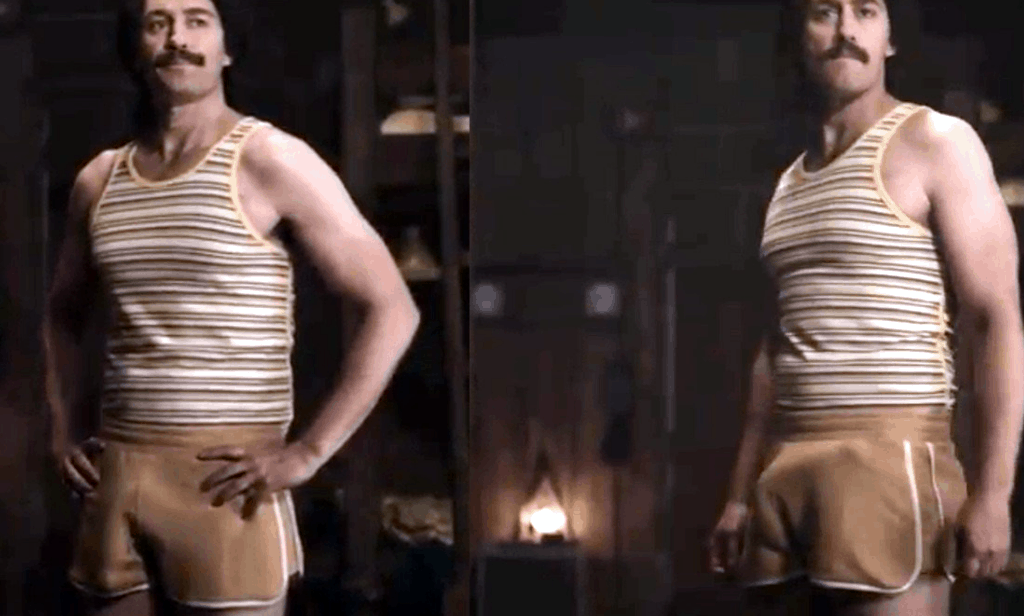 Matthew Morrison has stirred up some controversy himself by people who can only see him as Glee teacher Mr. Shue. Some have called to boycott the show because of the large outline of his penis beneath his shorts. There are a lot of people who feel if they are offended by something they see on TV then the show itself must be taken off because they don’t like it. It never ceases to amaze me that these people are so intent on forcing their point of view on everybody else that they don’t know about the little feature on their remote controls that will actually change the channel so they don’t have to look at it. 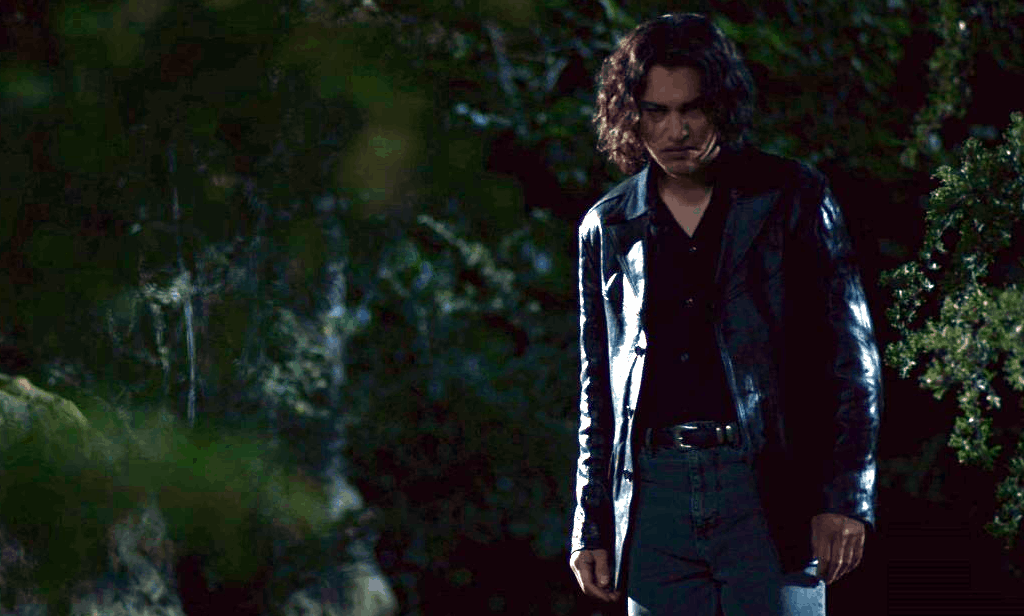 As we know by now, all the seasons of American Horror Story are linked together. And this season is no exception as we see Richard Ramirez “The Night Stalker” make an appearance when he breaks into Brooke’s home. Ramirez was seen the “Devil’s Night” episode of American Horror Story Hotel. The Night Stalker’s reign of terror serves as the impetus for the cast to get out of town and play camp counselors at Camp Redwood. Another strictly trivial point is the gas station attendant, Ed, is played by Don Swayze who is the brother of Patrick Swayze. 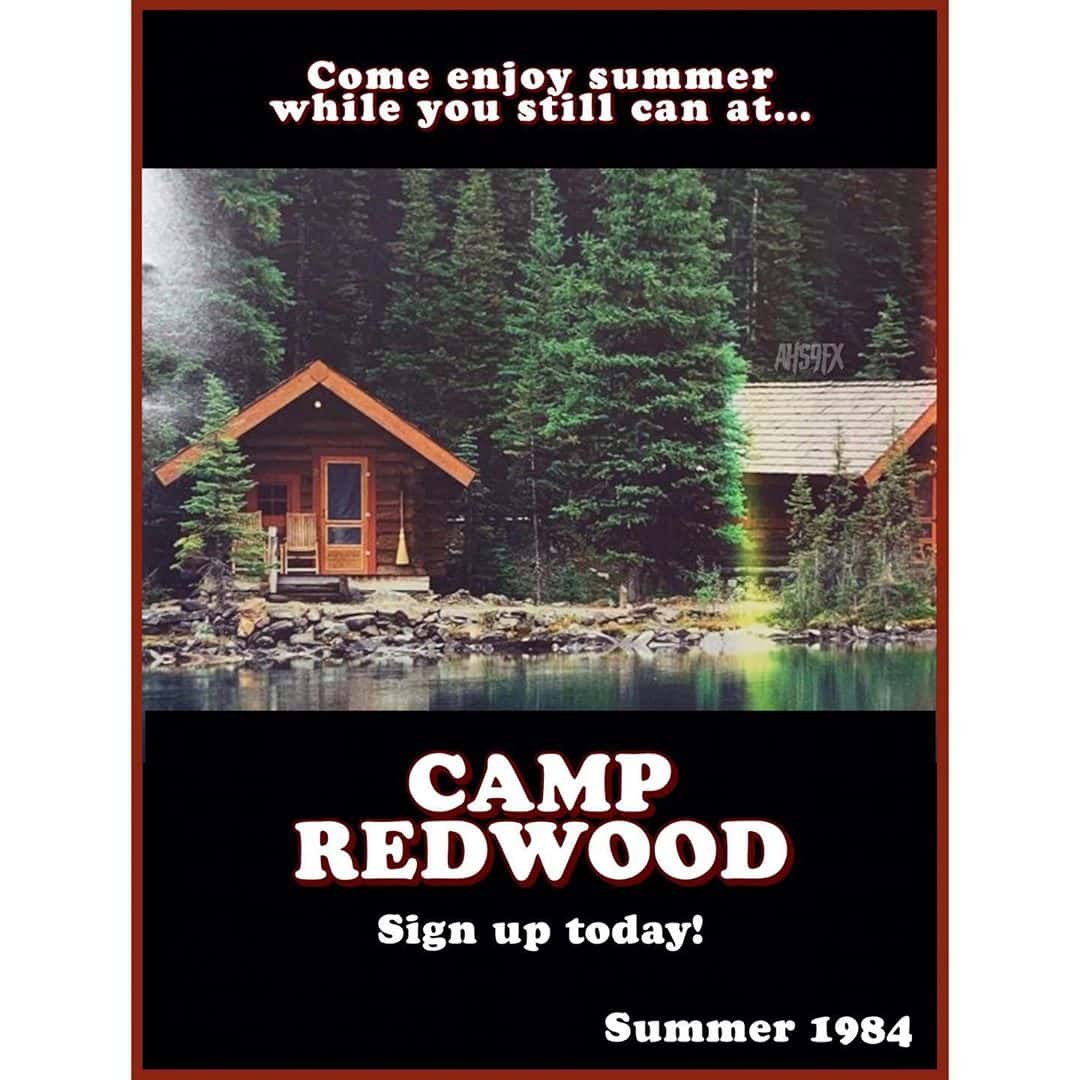 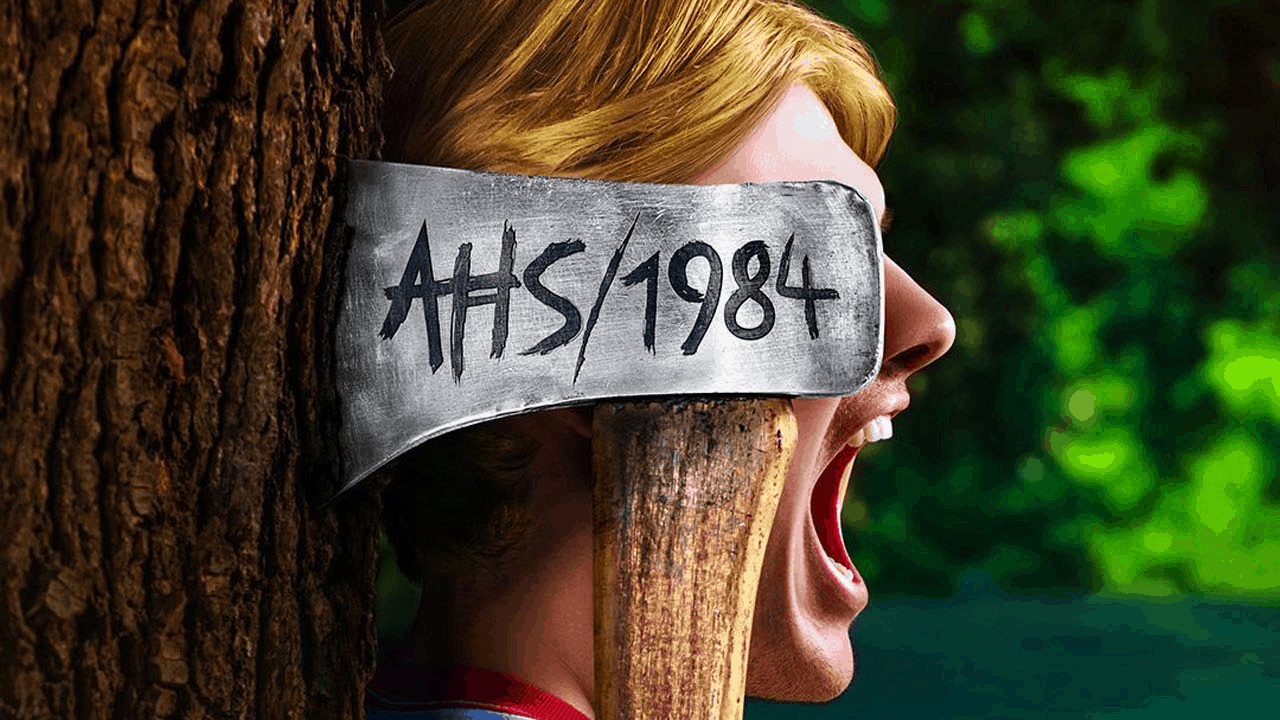 The ratings for the first episode premier were the lowest of the series however it garnered a 95 on Rotten Tomatoes. Hopefully viewers will be drawn back in as this season looks to be a bloody good ride.