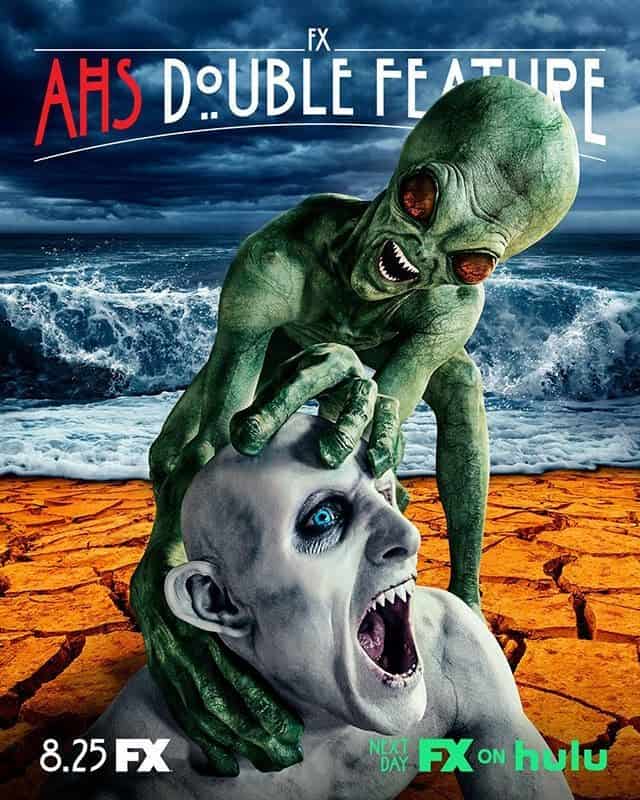 Episode Title: Take Me to Your Leader

In 1954, President Eisenhower deals with a crashed alien vessel, while in the present, four college friends have their own close encounter.

Slightly changing formats in season 10, American Horror Story: Double Feature split the show into two separate storylines.  The artistic vampire tale, Red Tide, and the alien invasion story, Death Valley.  In 1954 Albuquerque, New Mexico, President Dwight D. Eisenhower (Neal McDonough) is called to the site of a crashed flying saucer.  An alien presence is soon made known to the president where he attempts to come to an understanding with the invader.  Jump ahead to the present day.   Four friends, home from college, decide to forgo their electronic devices and go on a camping trip to Death Valley.  A strange incident prompts them to flee home, but on the way, they are detained by a strange white light.  What was the arrangement the President made in 1954?  What will become of the four friends?  Tune in to find out!

I am enjoying the shortened storytelling format they have introduced in Double Feature.  Sometimes I feel that shows stretch a plot out to fit the needed number of episodes, and this new streamlined show works well for me.  There is never a shortage of weird and bizarre in American Horror Story and that remains consistent in this season.  I very much enjoyed the first half of the season and based on the first episode of Death Valley, I feel like I will enjoy the second as well. 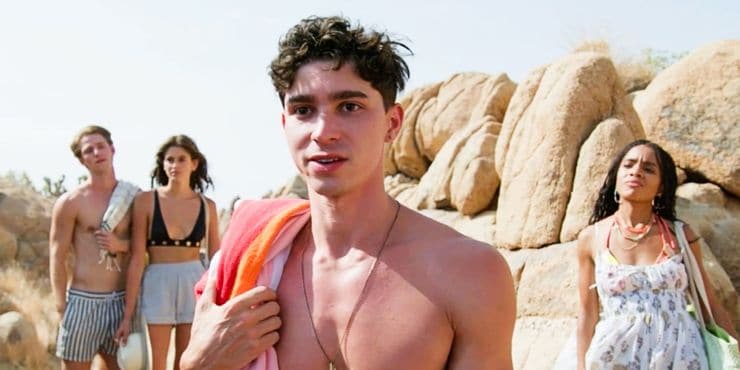 The episode is well written, and the plot is engaging.  First episodes can often feel like they are hitting you over the head with exposition, which often makes the dialogue feel forced, but AHS has always been great at giving you enough information, so you don’t feel lost and to get you hooked without sounding disingenuous or forced.  The rhythm of the episode felt smooth and even with the time jump between 1954 and the present they story flowed well.  The visual effects are all believable, although some of them are a bit gross.  The actors were all great, Neal McDonough does a great job as Eisenhower, and the brief appearance of Sarah Paulson as Mamie Eisenhower just shows how much of chameleon she is.  Her two roles this season are a harsh contrast to each other, and yet, in both she is barely recognizable as herself.  The four friends, Kendall (Kaia Gerber), Cal (Nico Greetham), Troy (Isaac Cole Powell), and Jamie (Rachel Hilson) were all well portrayed, but we will see how long any of them last.  It is nice to see some new actors come into the ensemble mixing with the returning favorites.  I look forward to seeing the next episode and enjoying how this story unfolds.  I am sure there will be many twists and turns.

As a whole, the episode is intriguing and well written.  The show was well cast, and the characters are compelling and empathetic. I look forward to seeing how the story unfolds.