Andor: The Birth of a Rebel 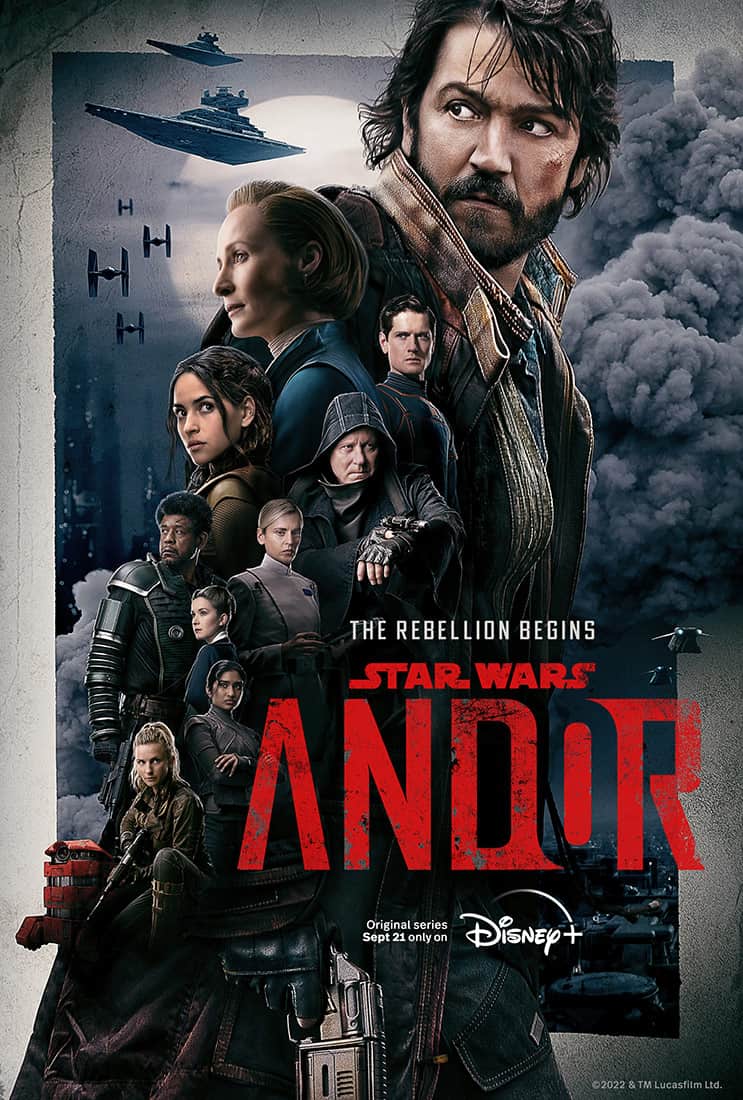 The story of how Cassian Andor goes from thief to Rebel Spy.  The story takes place five years prior to Rogue One.

Andor is a prequel to the 2016 movie, Rogue One: A Star Wars Story. In that movie, Cassian Andor and Jyn Erso attempt to foil the plans of the Galactic Empire and their planet destroying weapon, the Death Star.  The events of Rogue One lead directly to Star Wars: A New Hope, the 1977 movie that started it all.  This new twelve-part series on Disney+ gives the audience the history of Cassian played by Diego Luna, presenting the story of how a common thief becomes a spy for the newly forming Rebel Alliance. Cassian Andor is a man searching for his past, as he was taken from his home world when he was just a child, leaving behind a younger sister.  On one such information seeking mission, he gets into a bit of trouble with Imperial forces and in his attempt to gather funds to escape his misfortune, he becomes acquainted with Luthen Rael (Stellan Skarsgård).  Andor is helped by his adopted mother, Maarva (Fiona Shaw) and ex-girlfriend, Bix (Adria Arjona).  Andor’s childhood is depicted in memory flashbacks that help us piece together how Cassian got separated from his sister to where he currently is. Disney+ released the first three episodes all at once, with the remaining nine episodes to be released weekly through November. The show has a much different, darker, grittier look than a lot of the Star Wars Universe installments and is more reminiscent of the film it is a prequel too, Rogue One.  It has a noir type of feel and is purposely trying to separate itself from its predecessors.  There aren’t a lot of non-humanoid aliens and the setting is more industrial.  Although we do not get a bunch of heavily latexed or computer generated aliens, we do get the compulsory droid.  B as he is referred to, is an older model, and like an old dog is loyal and faithful, even if he isn’t as useful as he use to be, we love him even more for all his quirks and faults. 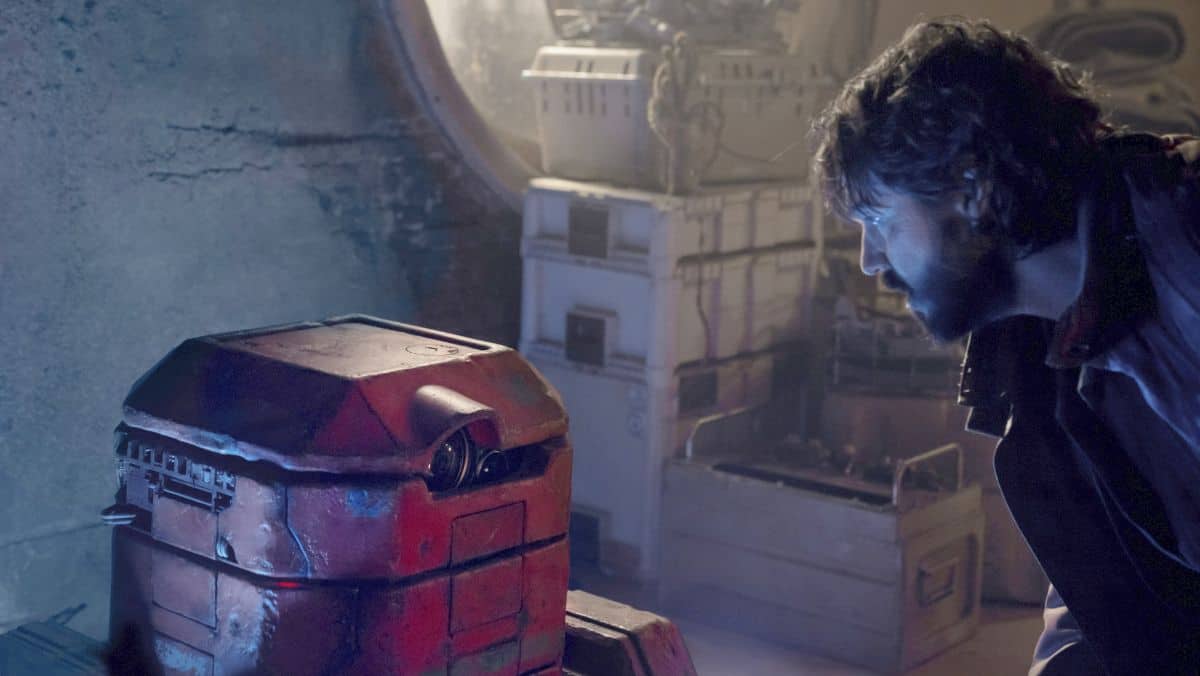 The hero, Andor, is more of an “everyman” character, not a Jedi or related to any of the Skywalkers, but just a man, and this is the story of how an ordinary person, goes from a thief to a leader of the rebellion.  The shift in tone may be hard for some to take, and it did take me a bit to adjust.  But the visuals of the series are stunning, and the cinematography is beautiful.  The originally composed music adds so much to the tone and feel of each scene. Diego Luna is amazing as Andor along with the rest of a very accomplished cast.  Luna has a way of showing great emotion with a single look, but more than that, each look is layered with subtext and complexity.  At first, I felt the storytelling went a bit slow, so the pacing could have picked up a bit, but by the third episode, it had found it’s rhythm.  I will have to wait and see if it can sustain its pacing through the rest of the nine episodes.

This series may not be for everyone, it has a different feel and tone than your normal Star Wars story.

Andor: The Birth of a Rebel