Around the World in 80 Days: The Clock is Ticking! 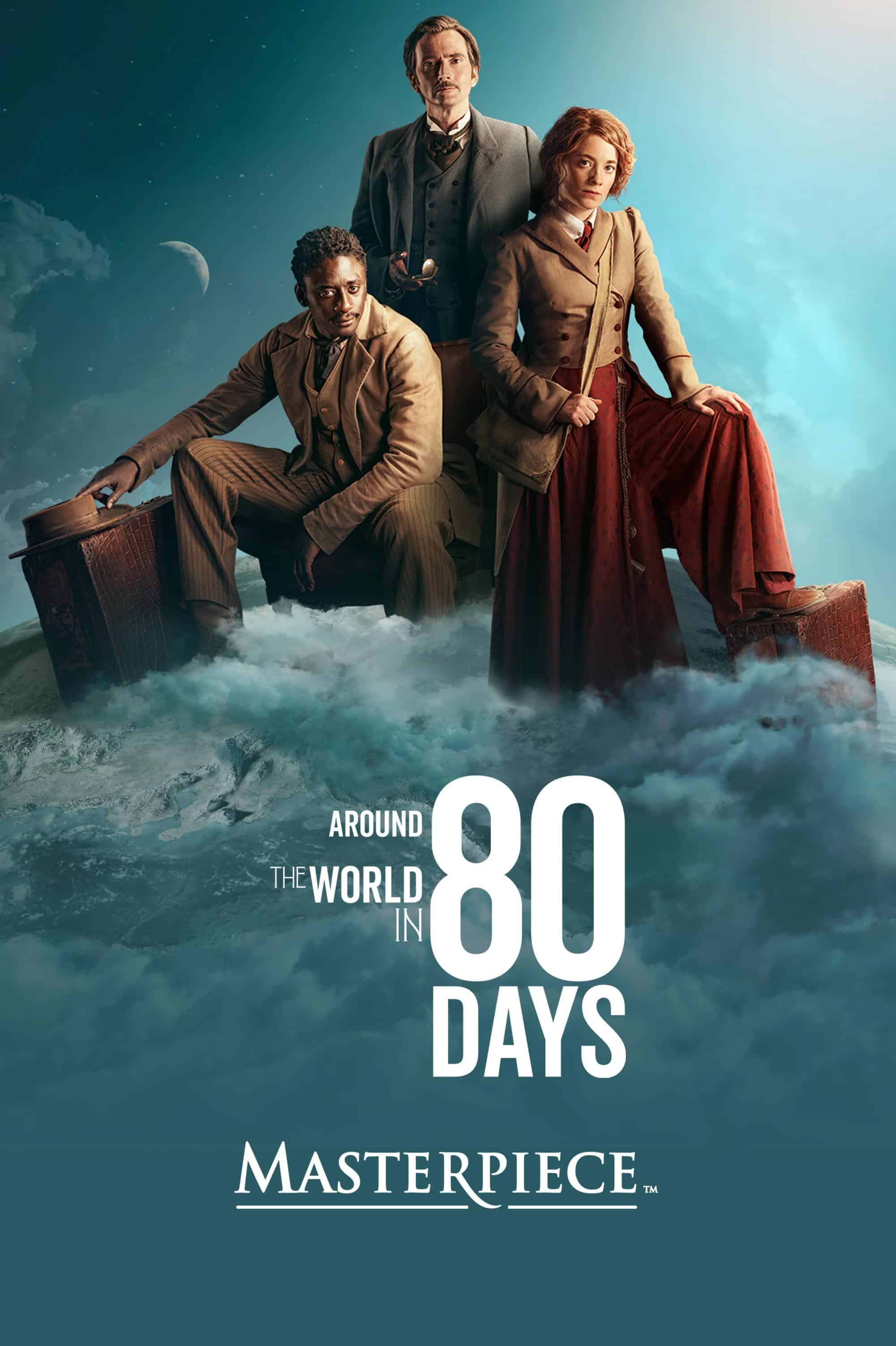 Making a bet that he could travel around the world in 80 days, Phileas Fogg and his companions race the clock to circumnavigate the globe.

The current record for circumnavigating the globe in our own atmosphere was set in 1992 by Air France in a Concorde plane. It took 33 hours. The International Space Station circles the Earth every 92 minutes and Elon Musk believes that one day he will be able to take passengers anywhere on the planet in under an hour. In today’s world, information travels in the blink of an eye and air travel is common place. But it was not so long ago, that there were no planes and traveling around the world was a very extended journey (It took Magellan in 1521 three years and most of his crew died), and the idea that it could be done in eighty days or less was pure science fiction. In the newest adaptation of Jules Verne’s 1872 novel Around the World in 80 Days, David Tennant as the fastidious Phileas Fogg, attempts to do just that.  Set to be a homage the World and its infinite variety of locals, the eight-part television series takes some liberties with the characters from the book, but the basic plot remains the same. 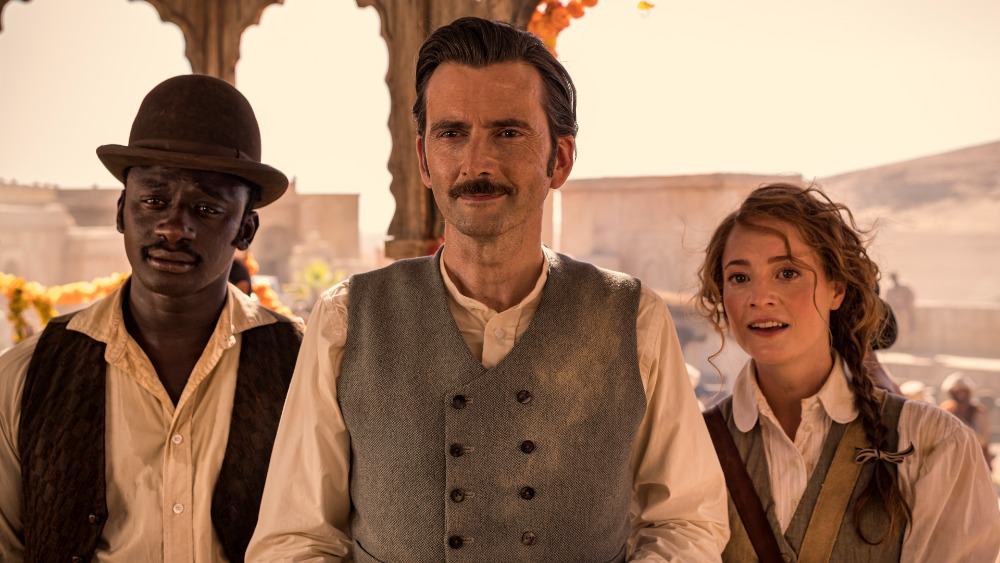 In 1872, Phileas Fogg lives a solitary life as a wealthy Englishman who is very set in his routine. Adventurous would not be an adjective used to describe him in any way. He receives a post card of a clock, with a single word on it, “Coward”, which greatly disturbs our hero. Phileas arrives at the Reform Club, where he eats the same meal he always eats and participates in discourse with his fellow club members. An article has just been printed in the newspaper, The Daily Telegraph, which claims that with the opening of the railway in India, it is not possible to circumnavigate the globe in eighty days. This spurs a debate between Phileas and Nyle Bellamy (Peter Sullivan) ending in a bet of £20,000 that Phileas will not be able to do it. Joined by his new French valet, Passepartout (Ibrahim Koma) and journalist, Abigail Fix Fortescue (Leonie Benesch), the trio set off that very evening for their first stop, Paris. 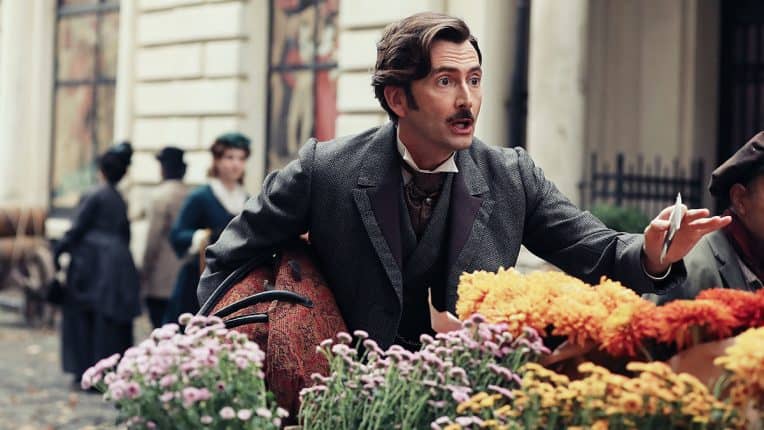 The first thing that caught my attention from this updated adaptation was Hans Zimmer’s beautiful music. Scoring of any series or movie is so vitally important and many productions in todays world depend too heavily on pop or pre-recorded music. But a well composed score, adds so much more to what we see on screen. It sets the pace and rhythm, manipulates our emotions, and accentuates the plot. From the very start of this show, the music lets you know that this is going to be a glorious romp around the world.  In addition, the use of the sound of a ticking clock in several scenes, added to the notion that not only is time ticking away on the bet, but that Phileas’ very life has been ticking away too.  The beautifully crafted opening credits pulls you right in to the story and the characters, who are performed with perfection by a stellar cast. Leading the way is David Tennant as Phileas, who is no stranger to time travel, having played the 10th Doctor on Doctor Who. The character is a bit updated, not so “OCD” and more a sheltered and bumbling man, who fears the world a little too much. Ibrahim Koma as Passepartout, who is given a much more complex background then I remember him having in other versions of the story. The character uses the bet to escape London where he may have a bit of legal troubles and rounding out the triumvirate of leads is Abigail Fix played expertly by Leonie Benesch. She is a woman reporter, who is also the daughter of the Newspapers owner. Gumption is a good word to describe her character, as she is a force of nature, as she is trying to survive as a woman in a man’s world. 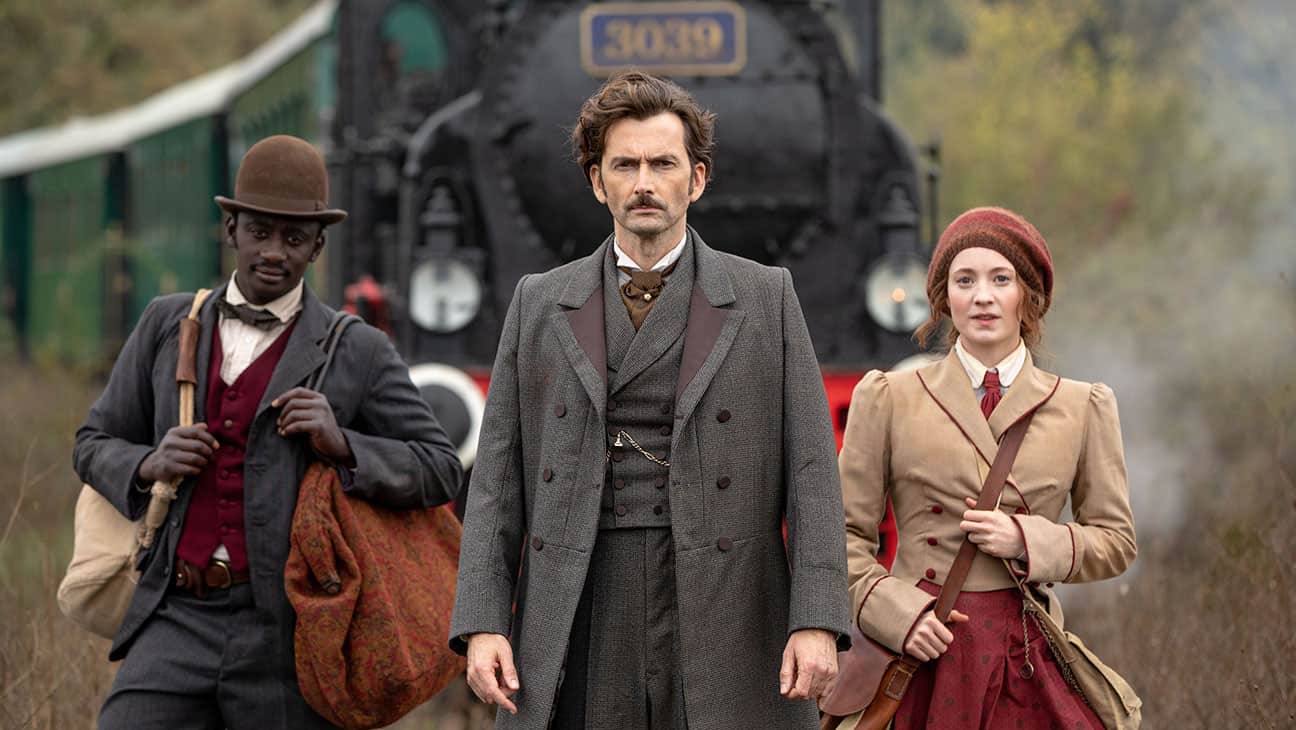 The story starts off a bit slow, while the series establishes the world in which these characters live. What was nice, and a bit of a change from other adaptations I have seen, is that the screen time was shared equally by all three characters. All three of them will carry the series instead of just Phileas. Once the travelling started, and they arrive in Paris, the pacing picks up and the adventure really begins. The script is well written, although purist to Verne’s work, will have a hard time with the character updates. The settings and scenery are wonderfully done, evoking both the boring, stodginess of Fogg’s life and the very excitement of the political upheaval in France. The overall production value is very high and extremely well done.

Overall, a very well done update and adaptation of the Novel, with wonderful acting, gorgeous music and adventurous locals.

Around the World in 80 Days: The Clock is Ticking!

Firebite: Something to Sink Your Teeth Into
January 1, 2022