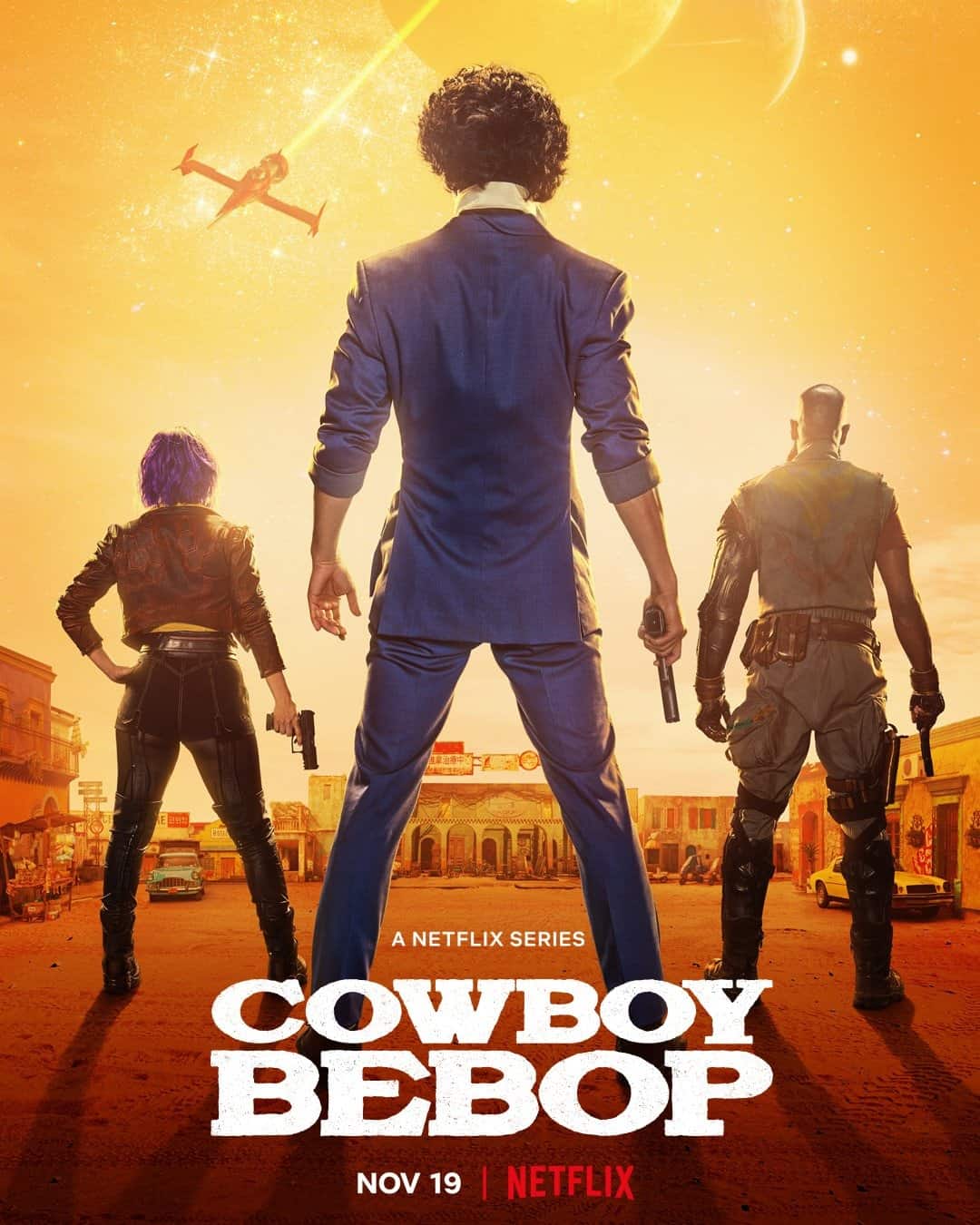 Creators/Showrunners: Developed by André Nemec based on Cowboy Bebop by Hajime Yatate

In 2171, a ragtag group of bounty hunters travel the galaxy trying to escape their past and survive their future.

When one thinks of Anime, especially in America, Cowboy Bebop is one of the shows that jumps to mind.  At least in my circle of friends.  The original is now 22 years old and has quite a cult following.  The story of a ragtag group of bounty hunters in the year 2171 after the “Fall” of Earth, that travel around the galaxy trying to escape their past and survive their futures; all told in a neo-noir style with a 60s jazz vibe.  And it is now a live action adaptation on Netflix.  The thing about a cult classic being remade, is that the fans of the original are almost like religious zealots.  Deviation from the “bible” could be a cardinal sin, depending on how far the deviation goes. 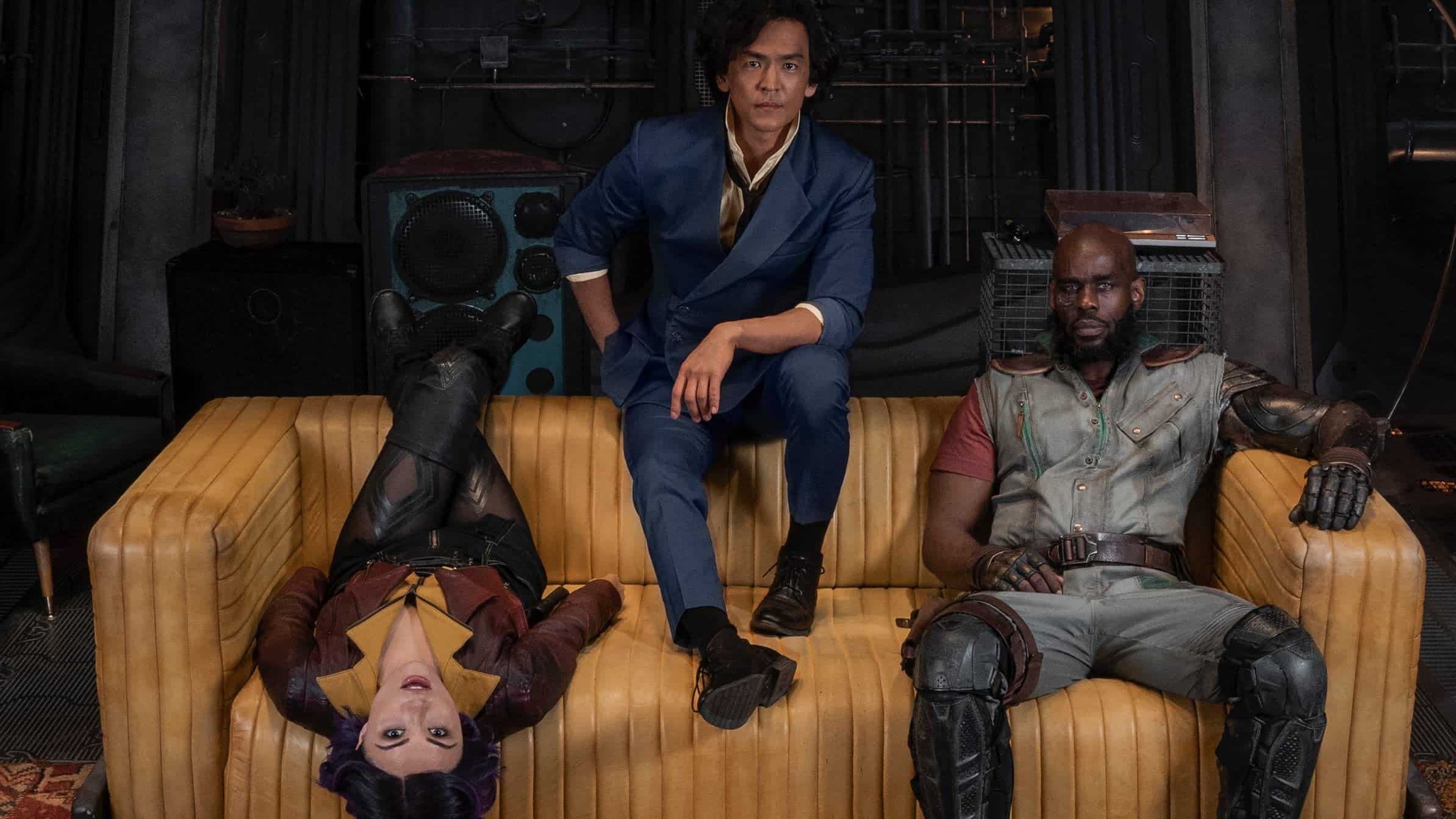 Full disclosure, I have not seen the original anime series and have only watched the first episode of the live-action remake, but in preparation to write this review, I watched the first episode of both.  And maybe that is a good thing that I am a stranger to this story, as I can judge the new series on its own merits and not as a copy that could never live up to the holy of holiest original.

The brief comparison I can make, is that many of the scenes from the first episode are very similar with the same vibe.  So often in remakes, the actors they cast, strike no resemblance to the character they are supposedly bringing to life, but not in this case.  John Cho’s look is remarkably close to Spike Spiegel’s look in the animated series.  In fact, every character closely resembles its drawn counterpart.  The one deviation I noticed, and actually liked, was the Syndicate’s costumes, were almost like uniforms in the live action show, but they were more common everyday clothes in the episode I watched of the animated series. Everything seemed to be a direct representation or heavily inspired by the cartoon.  The space ships, the buildings, and the actors all bare a resemblance to the drawn creations.   And in a stroke of utter genius, Netflix was able to get the original composer, Yoko Kanno, to do the music and the music is almost the star of the episode.  It really added to the overall tone and feeling of the series.  It captures both the film noir aspect, with the jazz flare, and I think helps broker the divide between the two shows. 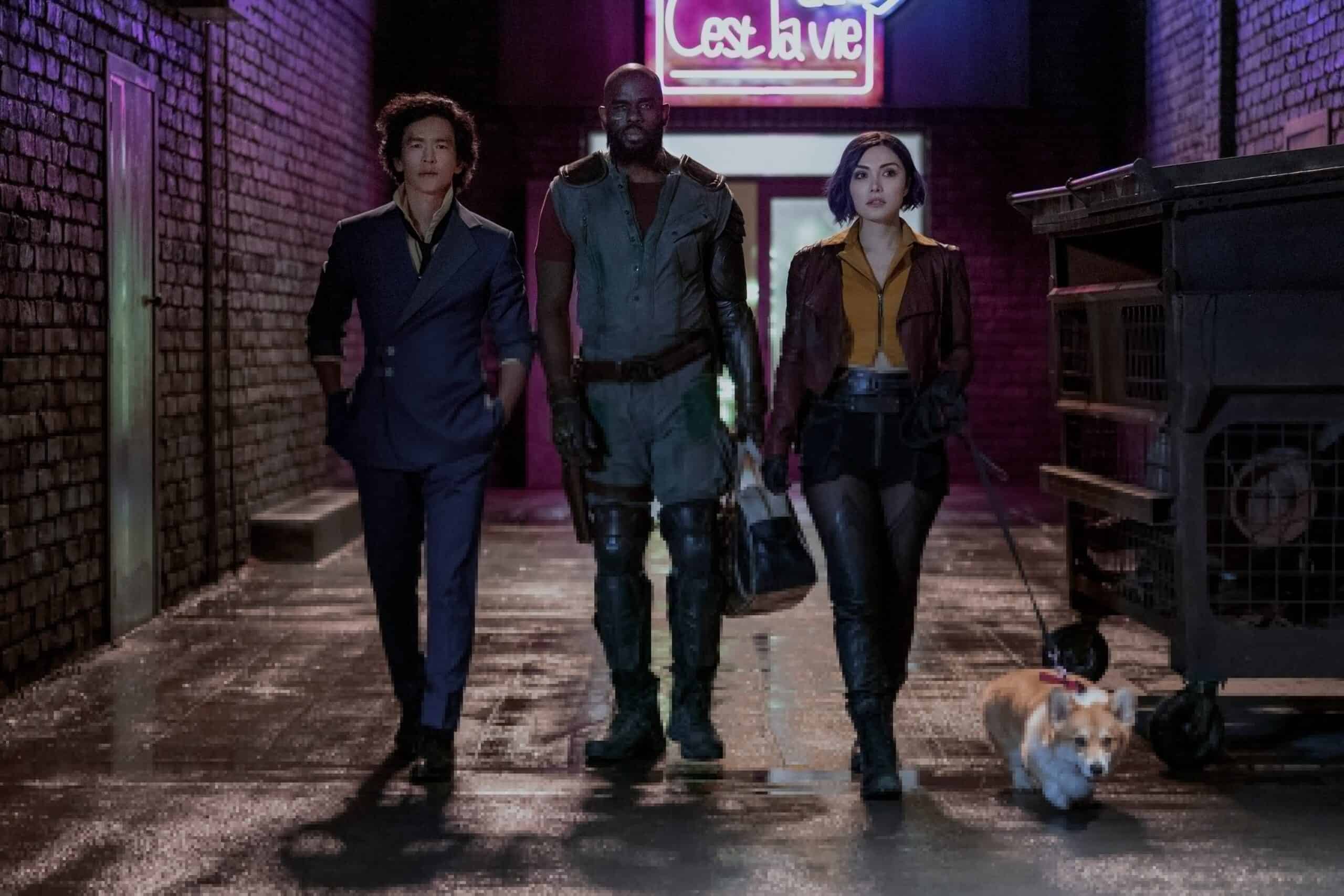 The actors are all very well cast.  Cho is able to bring a certain melancholy and black humor with a witty repartee to Mustafa Shakir’s Jet Black.  Daniella Pineda as Faye Valentine, another bounty hunter and con artist adds to the comic banter between the crew.  It is the scenes with these three that really shine.  This is not a family friendly show, and there is quite a lot of violence and if you are offended by harsh language, you may want to pass on watching.  There is a lot of bloodshed and gun play, but nothing over the top gross or disgusting.  And there are quite a few nicely filmed scenes with some great imagery, much of which is inspired by the animated series. The story line is compelling and interesting, with bits and pieces of each character’s past being hinted at, but not right out exposed in the exposition, leaving room for future exposure and character growth.  The special effects are passable, but with nothing that jumped out and made me say “oooooh” or “ahhhh”. 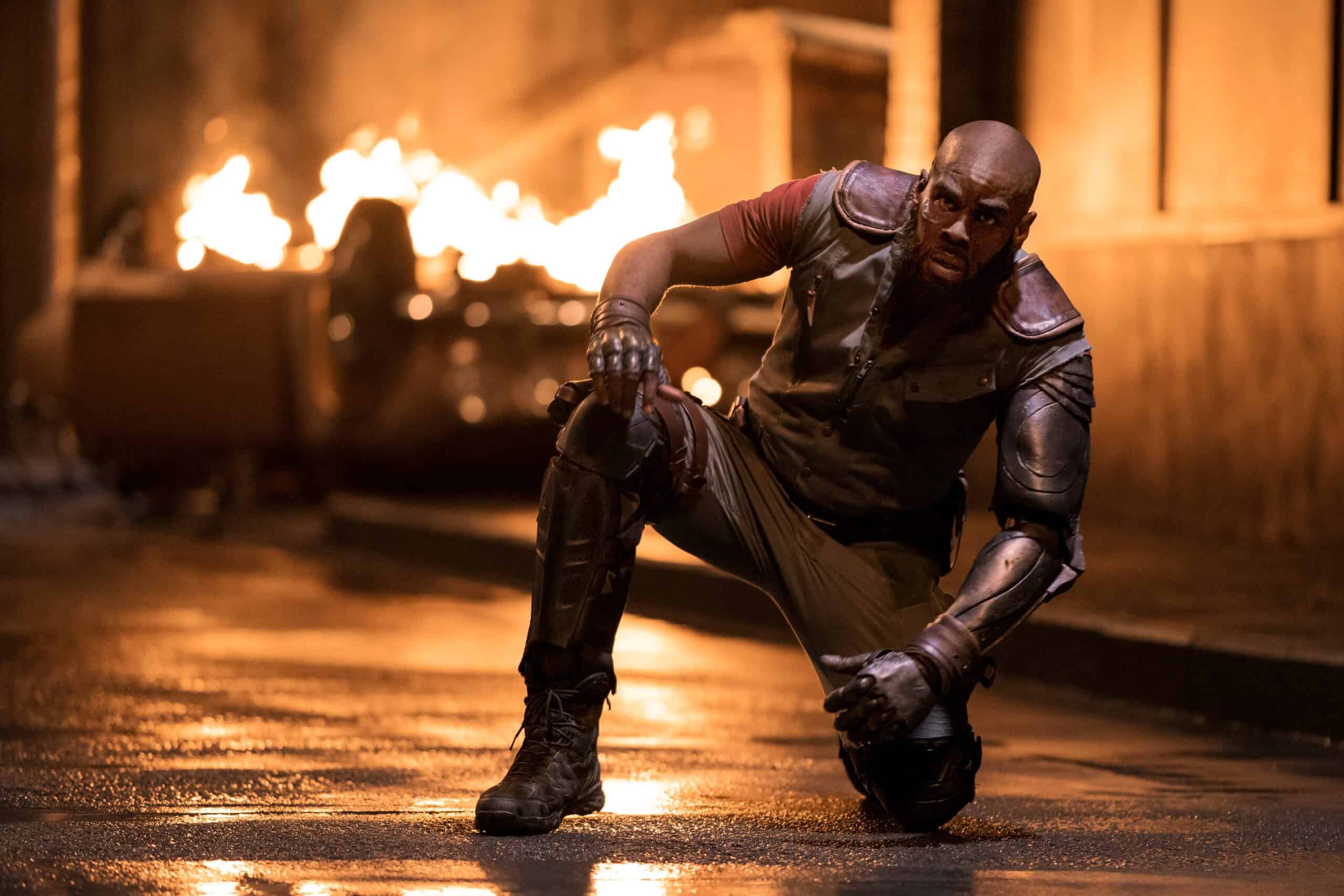 In all, it was a fun and exciting show that was well written with an interesting story and characters that you instantly like.  But, there is no way this show is going to live up to the expectations of its fan base.  There is a certain magic captured in the source material, and we see glimpses of sparkle here and there in the live action, with similar tones and themes, it just doesn’t have the “soul” of the original, but it may have its own spirit. And it may build its own fanbase.  Who knows?!

I liked the show, and I hope that those who are fans of the anime series, can let go of preconceptions and take the show on its own merits.  It does not have the soul of the original, but maybe it has its own spirit!