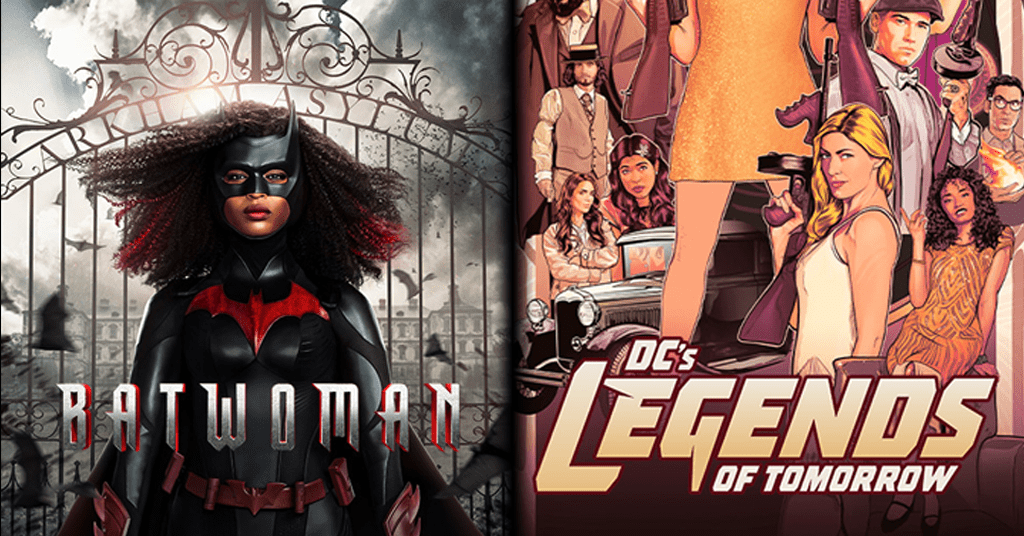 Episode Title: Mad As A Hatter / The Bullet Blondes

This week features season premieres of some of the popular DC Comics-based shows on The CW: Batwoman (Season 3) and DC’s Legends Of Tomorrow (Season 7). I must admit that I’ve seen some of the first season episodes of both shows but I haven’t kept up with them except for some vague references I’ve seen in the news and social media. So I was curious to see how the shows have developed over time and what I would think of them without following all of the previous episodes to know the bigger, developing story of the show. And I have to say, I found this experience to be… interesting. 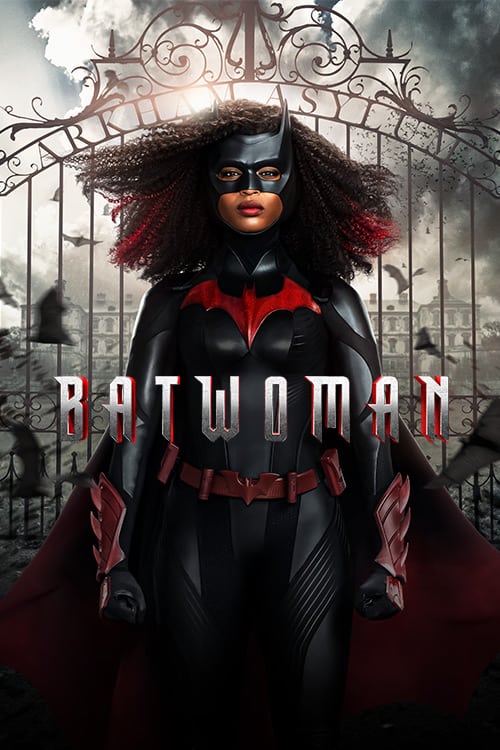 In the premiere, we find that the series’ main villain, Alice (Rachel Skarsten) is locked up in Arkham, receiving mysterious postcards from her father in Metropolis (who is also imprisoned as well?). Batwoman (Javicia Leslie) and her crew are in the midst of cleaning up the various and still powerful “Batman trophies” of his most dangerous adversaries after they have somehow escaped storage. Batwoman’s alter ego, Ryan Wilder, is still struggling to come to grips with her familial past (left vague here to refrain from spoilers), and her crime-fighting partner, Luke Fox (Camrus Johnson), is still trying to figure out why his tech suit keeps malfunctioning during battle. A new Mad Hatter (Amitai Marmostein) is on the loose, wreaking havoc in various places in Gotham in an attempt to carry out his idol’s work, Alice. Reluctantly, Batwoman breaks Alice out in an attempt to stop the Mad Hatter in exchange for her freedom. By the end of the episode, Batwoman is forced into a surprising partnership to help locate the remaining Batman trophies.

The director and writers did a good job of recapping where the previous season left off without getting too much into the weeds but I felt like I understood enough to enjoy the rest of the episode without the constant need of looking up what happened. Just like the rest of the DC/CW shows, Batwoman has the usual episodic structure of creating a dangerous conflict inside a frame conflict that keeps moving the season forward, so you get the usual action, drama, and suspense that the shows provide. I thought the writing for this episode was a little sloppy when we got to the second act of the show. There’s a scene in the episode (again, being vague to avoid spoiler alerts) where the timing of everything doesn’t make sense as there is just no possible way that Batwoman could travel fast enough from one point to another and back again and still be able to save the person in danger. There were a couple of scenes where I thought Leslie’s acting could have improved but overall her performance was great, and the rest of the cast did a great job.

This was the second time I’ve seen the Ryan Wilder/Batwoman story (my first time was briefly watching the Season 2 premiere) and I have to say that I really enjoyed this episode and that I will continue to watch this show. There are some great stories being told here that are definitely great stories that live inside of Batman’s world without it being a repackaged story. DC and CW can count this writer as an instant fan of the show. 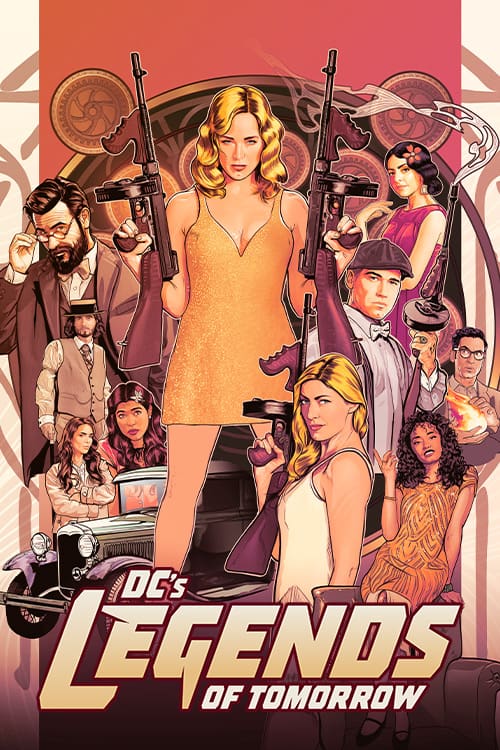 Continuing from the end of Season 6 after the Zaguron Invasion in Odessa, Texas, the Legends head back to the Waverider only to witness it being destroyed at the last second by another ominous and mysterious Waverider-like ship. The team tries to keep the timeline together by going into town and explain to people what they saw was part of a circus show, but then spontaneous interactions make the matter worse. Astra (Olivia Swann) attempts to use one of Constantine’s spells to resurrect the Waverider but fails, injuring herself in the process. The team decides to try to fix the timeline by finding the inventor of time travel who is alive in 1925, Dr. Gwyn Davie. Ava (Jes Macallan) was first reluctant to do this but then agrees after Sarah (Caity Lotz) promises that they will go back and fix everything. The Legends’ presence at the home of Gloria (Alexandra Castillo) is putting her mother in the crosshairs of J. Edgar Hoover (Giacomo Baessato), so the team decides to take on the persona of a bank-robbing gang on their way to New York so they can lure Hoover away from any suspicion of Gloria and her mother. Thus, the season’s adventure begins.

The last episode of Legends of Tomorrow that I watched was from Season 2 so there was a lot that I missed in the 4-5 seasons in between. So as a new watcher, I was lost and had no idea what the Zaguron Invasion was except that it was probably a race of aliens and was a threat to the Legends (and maybe earth?). The only character I recognize from the show is Sarah Lance, but it seems that her character has gone through a radical change. She used to be a very serious, tormented character in trying to redeem herself and control her bloodthirst from her Lazarus pit resurrection, and now, she seems almost like the comic relief and almost goofy. She has some somber moments in the episode, but her personality has changed a lot. I can’t fault the show for this because I haven’t seen the seasons in between so it may be a natural development, but it’s something I noticed. Overall, I found the episode to be uninteresting. It felt like they were trying to pack in a lot of things to try to explain why the team had to go to New York, some of the acting fell flat and unconvincing to me, and it’s not one that I will probably continue to watch after this premiere.

Overall, Batwoman seems like a developing hit for me and is a show that I think anyone will enjoy, especially if you are wanting to hear a different kind of "Batman's world" story. I think this has great potential to be a familiar-yet-unique story that can run for as many seasons as Green Arrow. As for DC's Legends Of Tomorrow, this doesn't seem as exciting of a show as it used to be, and I'd be okay if this was their final season. But to be fair, I haven't seen the previous seasons before the premiere, so take this opinion with a grain of salt and definitely try to watch the other seasons before agreeing with me here.