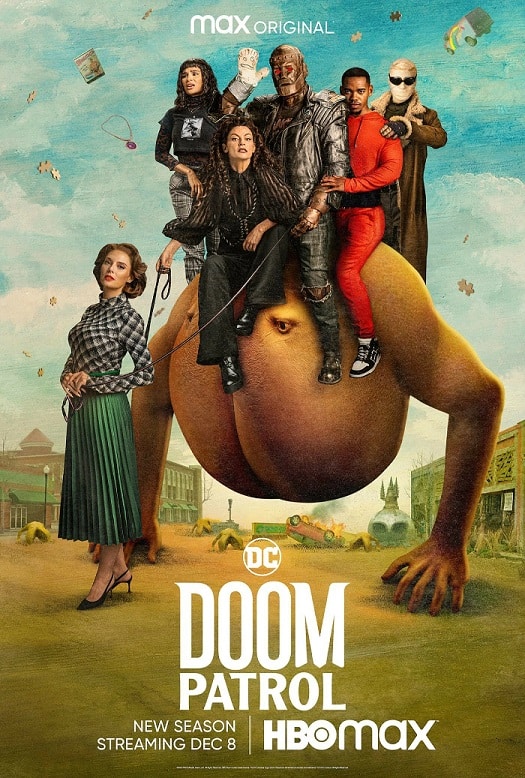 A rag-tag superhero team sees a glimpse of a distopian future and must figure out a way to stop it before it happens.

Sometimes as a reviewer, you are assigned a task that your know is not going to be your cup of tea, which makes reviewing the subject troublesome.  There is a balance that must be achieved between personal opinion and technical specifics. A review, after all, is just one person’s opinion and should be read as such. So, I have this dilemma in reviewing Doom Patrol season 4 episode 1, knowing that I am not a fan of the show and need to keep the review as unbiased as possible. 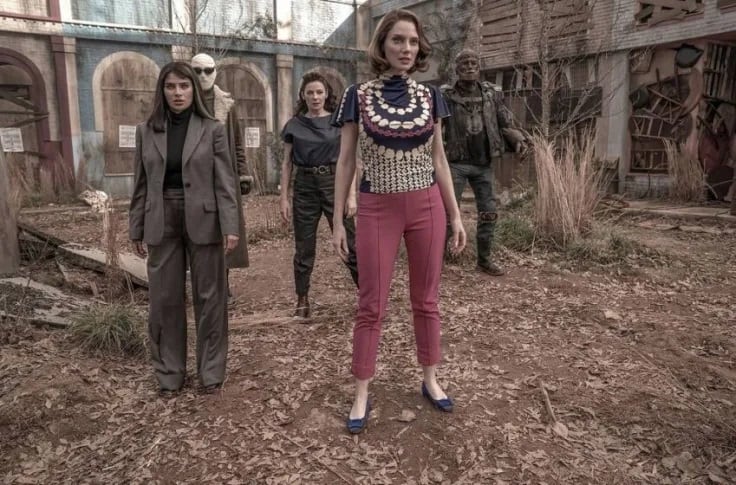 Season 4 opens with Rita (April Bowlby) trying to lead the team in their new roles as superheroes, but the rest of the team don’t really respect her in a command position, although they have succeeded on several missions while under her lead. Their most recent is a battle against the supervillain named “Cod Piece” (Joseph Aviel) who has a giant phallus like gun strapped to his pelvis.  Although their mission is successful, each team member is still battling some inner and outer demons.  Vic Stone (Joivan Wade) who was Cyborg is trying to adjust to no longer having his cybernetic implants and Cliff Steele (voice: Brendan Fraser/physical: Riley Shanahan) is trying to get use to his rebuilt robot body as well as his progressing Parkinson’s Disease. When Vic and his father build Cliff a new arm that will allow him to feel, the team decide to use their time machine to travel to Florida five minutes into the future, so that the first thing that Cliff feels is the touch of his grandson, but things go awry and the group sees a glimpse of their future, and needless to say, things aren’t going well 20 years from now.  Can the team pull together to stop the end of the world?  Watch and find out! 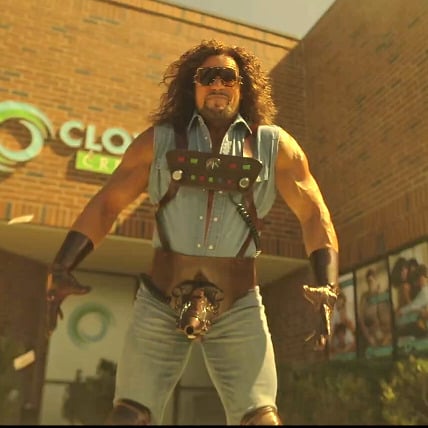 The show has a very strong cast with no real weak link.  Every single person plays their part well mixing good comic timing with heartfelt emotions. The production value is high for a television show with the special effects being well blended into the story without it being overwhelming but isn’t at the same level as a blockbuster movie.  The costumes and aesthetics are well conceived and executed.  The storyline is intriguing with a kind of wonderful absurdity highlighting the more bizarre aspects of comic books.  The music is well composed and enhances the mood of each particular scene.  So, with all this going for it, why do I personally not care for the show? There are two primary reasons.  The first is, I don’t particularly like any of the characters.  The team is always squabbling and fighting, and I just don’t connect with any of them.  If I don’t connect with any character within a television program, then the emotional impact is completely lost.  The second reason is the vulgarity, although I did enjoy watching “Cod Piece” and the not-so-subtle dialogue laden with sexual inuendoes, but the “butt” zombies and the constant swearing is just a bit much for me.  Believe me, I am no prude, I am a Navy veteran and swear like the sailor I am, and I know there are people who quite literally drop the “F” bomb every 3 seconds, but on television it becomes a major distraction, for me.  I want to reiterate, these are my personal issues with the show, and I have many friends who love it, and I fully support their love of this program.  It just isn’t for me.