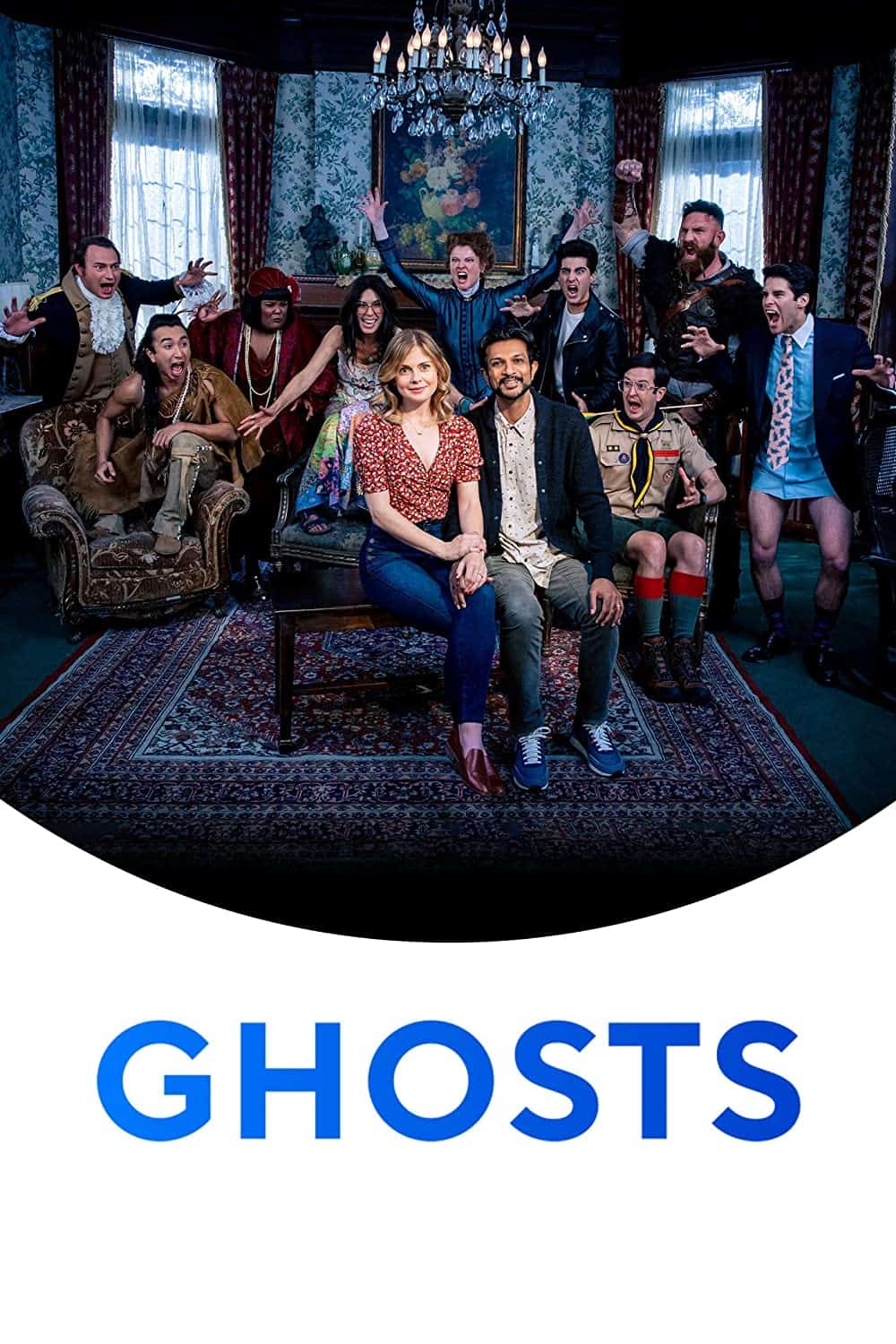 Samantha and Jay are trying to turn a large estate they inherited into a B & B, but the house is haunted by the people who have died on the property over the last 300+ years, and Samantha is the only one that can see and hear them.

Samantha (Rose McIver) inherits a large country estate from a distant relative and convinces her husband, Jay (Utkarsh Ambudkar) into renovating the dilapidated house into a bed and breakfast.  Only problem, the house is haunted by several ghosts, who by a freak accident, can only be seen by Samantha.  This is the plot of the new CBS sitcom based on the British (BBC One) sitcom of the same name.  The ghosts include Sasappis (Roman Zaragoza) as a Native American, wall street tycoon, Trevor (Asher Grodman), stoned hippy Flower (Sheila Carrosco), closeted revolutionary war officer Isaac (Brandon Scott Jones), cod obsessed Viking Thorfinn (Devan Long), boy scout leader Pete (Richie Moriarty), jazz singer Alberta (Danielle Pinnock) and the prim and proper Hetty (Rebecca Wisocky) who was a previous house owner and distant ancestor of Samantha.  In addition, there is a basement full of cholera victims who have become experts on the ancient heating system of the house.  None of the ghosts can leave the premises and are in the appearance they were in when they died.  Depending on how you died, some of the ghosts, do have the ability to interact with the living, but ever so subtly. 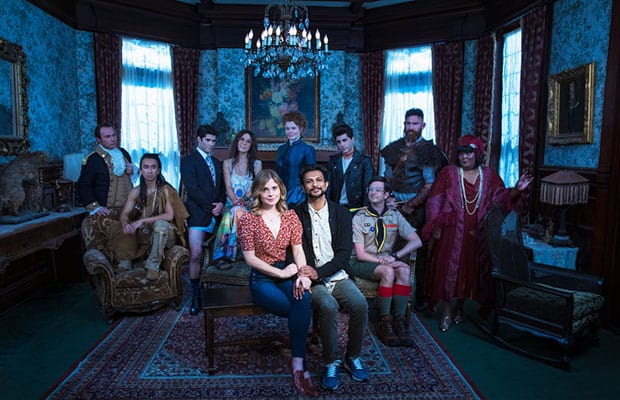 I am a big fan of British Television and normally find the British versions of shows that Americans remake to be superior.  So, I checked out an episode (Season 2 episode 1) of the British version.   I love the opening to the British show and lament the fact that American television has moved away from extended opening sequences.  But, I have to be honest, I preferred most of the American characters to the British.  This is purely preference.  Both series were very well performed with great comic timing and loads of laughs.  The main characters are likeable and charismatic.  There were changes made from the original to fit more into American history, and I was surprised that I found those changes more relatable (again, I normally don’t, so this is a big surprise to me). 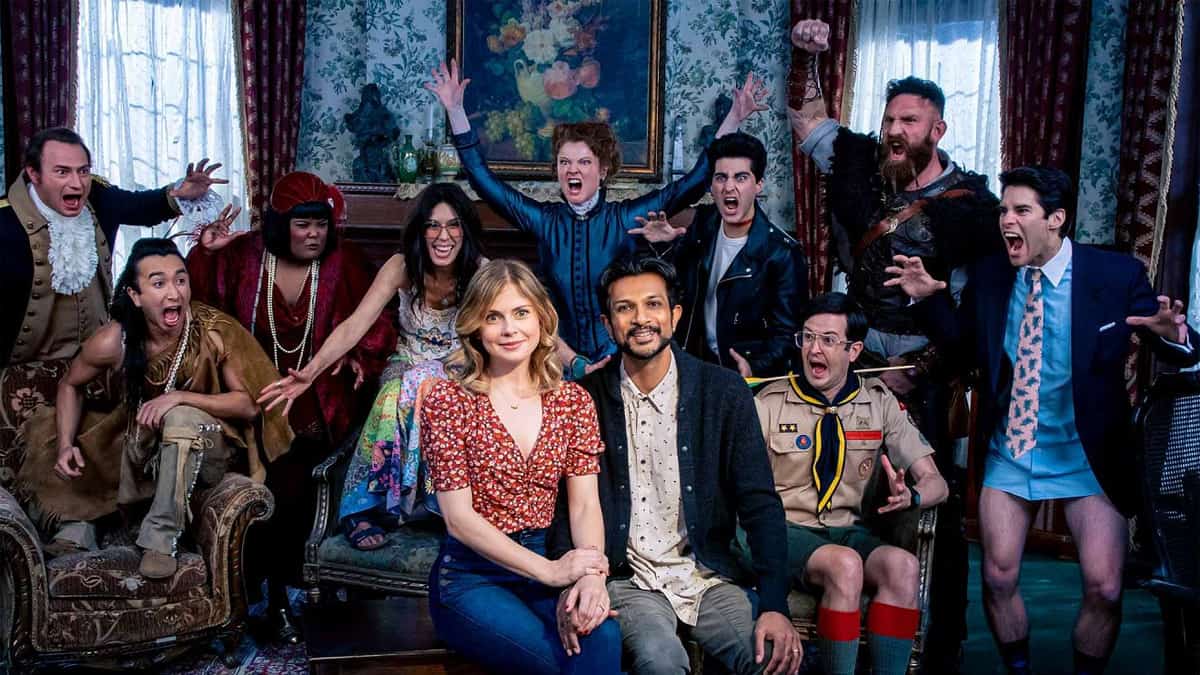 The notable exception to this was Utkarsh’s Jay.  I didn’t feel a lot of chemistry between Jay and Samantha, and to be honest, his performance in the pilot was a bit stiff and a bit overdone.  He did warm up to me in the second episode, but there still wasn’t a lot of chemistry there. In addition, the change from the British Mary’s ability to create a smell of burning when someone walks through her (burned at the stake for being a witch), to the American Isaac’s foul stench (died of dysentery) lowered the level of humor to please a baser crowd.  I don’t particularly like “potty” humor and prefer the British plot point.  But, Brandon Scott Jones’ Isaac is wonderful as the slightly effeminate rival of Hamilton.  Other standout performances were Rebecca Wisocky’s prudish Hetty, Sheila Carrosco’s Flower, and the cod obsessed Thorfinn, played by Devan Chandler Long.  Rose McIver as the bubbly enthusiastic Samantha really grounds the show and pulls it altogether. 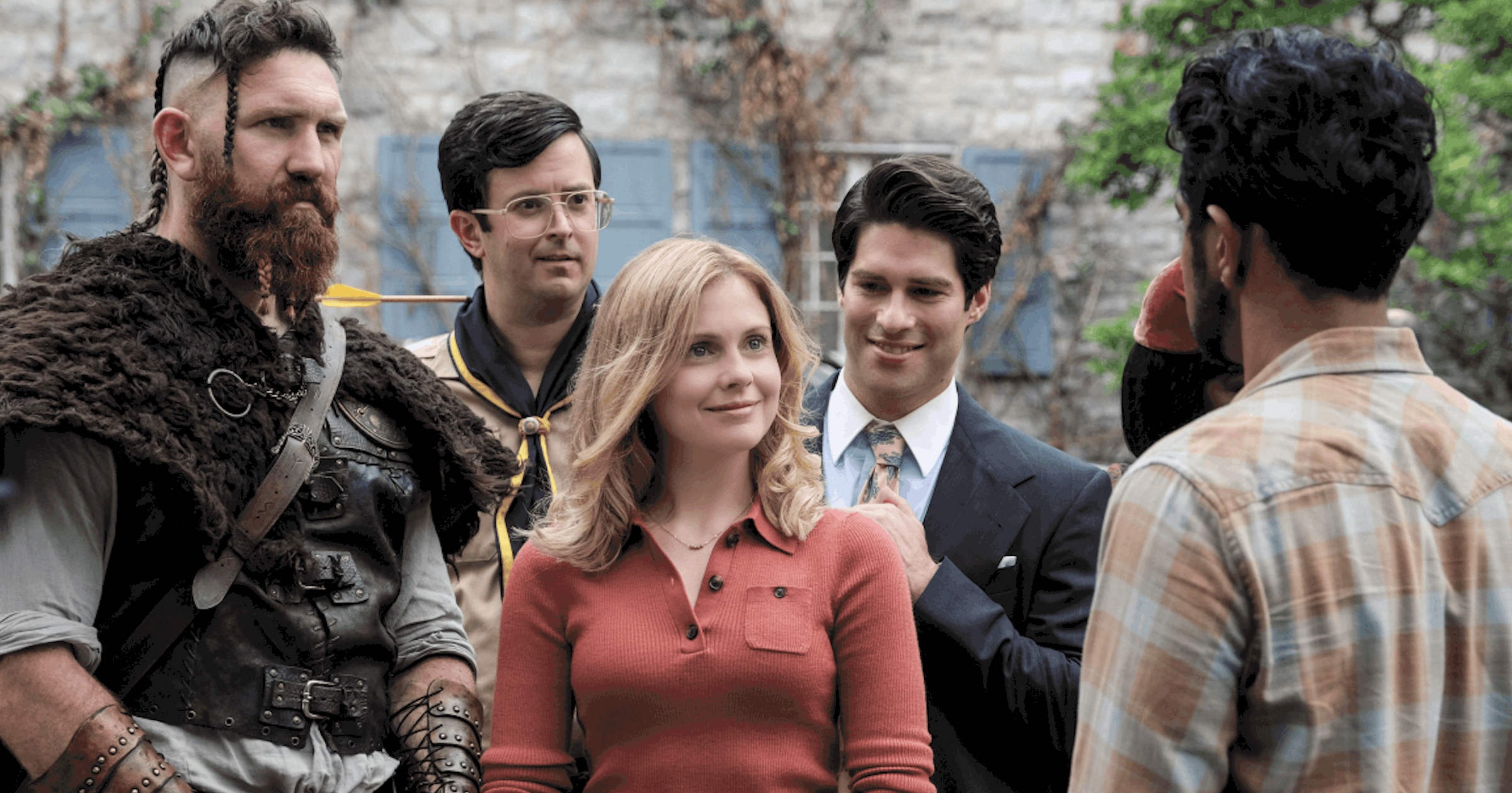 Ghosts have long been a staple of humor on TV with two of the older series being Topper and The Ghost and Mrs. Muir.  Topper was a 1954 comedy based on the 1937 film series with a similar plot.  Cosmo Topper buys a house haunted by the previous occupants and a St. Bernard dog.  Their antics bring joy and excitement to Topper’s otherwise boring and stogy life.  A remake was attempted in the 70s.  The 1968 series, The Ghost and Mrs. Muir again based on a 1940s movie, saw a widow rent a seaside cottage with her two children and discover that it is haunted by previous owner, sea captain Daniel Gregg.  Central to its story is the romance between the living Carolyn and the spirit of the captain.  There is a long list of shows about mediums who can speak to the dead and solving crimes or helping them move on.  Some of them comical and others more dramatic or horror based.  (Medium, The Ghost Whisperer, Dead Last, Saving Hope, Deadbeat, Marley’s Ghosts, and A Gifted Man just to name a few)

I don’t have time to watch a lot of sitcoms anymore, but it has been quite sometime since I laughed at a show as much as I did watching Ghosts.  I may have to rearrange some things in my schedule and put this on my “must see” viewing list.