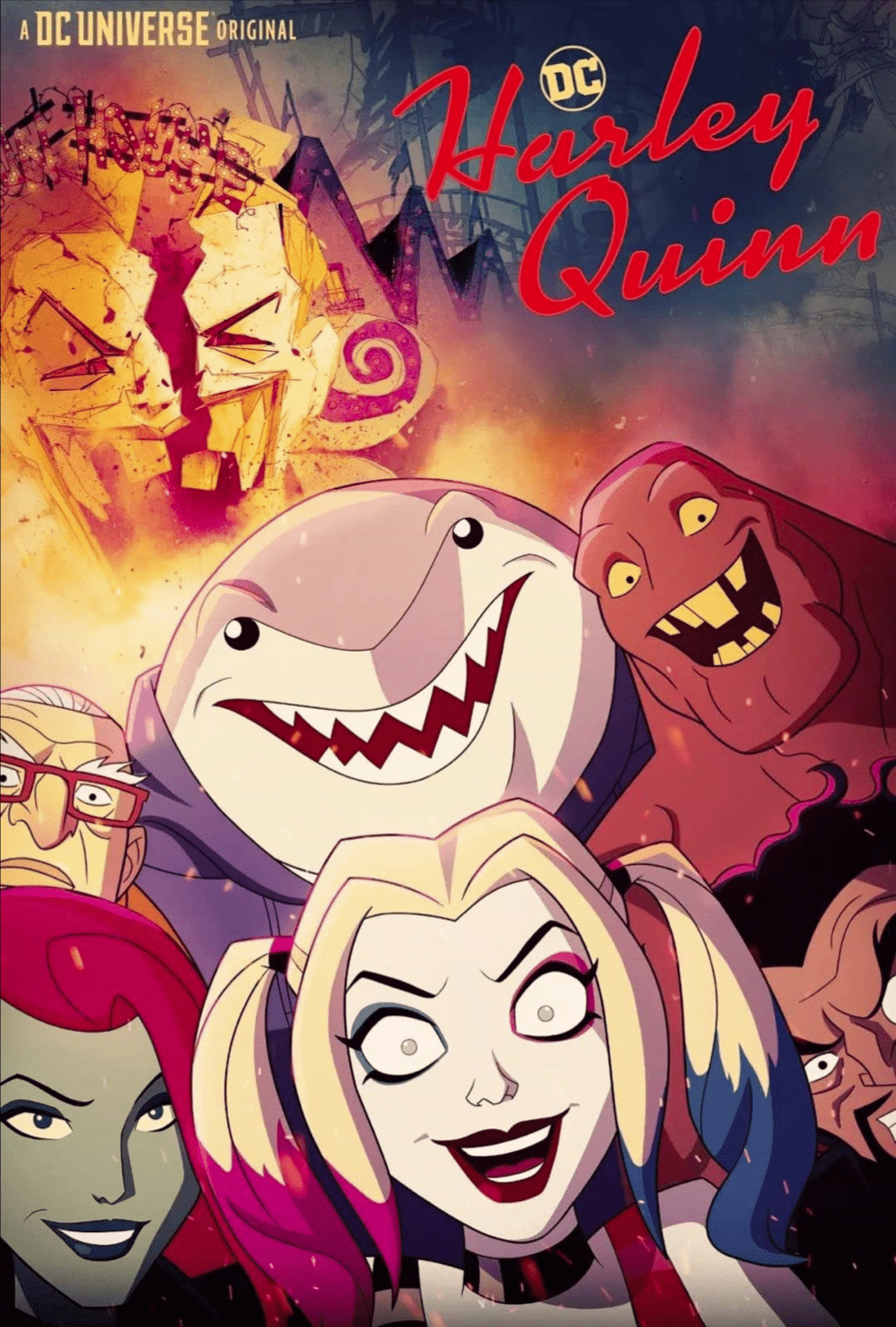 Harley Quinn and Poison Ivy (also known as their villain couple name "Harlivy") run away together after Ivy and Kite Man breaks off their wedding. They kick off their romantic affair by going on a pseudo honeymoon, committing crimes, creating diabolically evil plans, solving Riddler's fatal escape room with the Bat Family, and getting nominated for best couple in the 83rd Annual Villy Awards!

Because of the pandemic of 2020, we have waited for over two years to get the next season of the smash hit series Harley Quinn. I know as an avid fan of the series, I’ve been waiting for the third season to drop since then so when I heard the news, I made sure to have it on my calendar so I wouldn’t forget to watch it first thing in the morning (there’s no need to get up at 3 AM EST to watch a series when you’re a full time working adult, spouse, and parent – waiting a few hours is just fine by me).

So when July 28th came around, I opened up that HBO Max app and launched right into the 3 episodes (yes, 3!) that they dropped on opening day.

And it felt like driving a car you left in the garage for too many years: it was a slow start, but it was back to normal by the second episode. 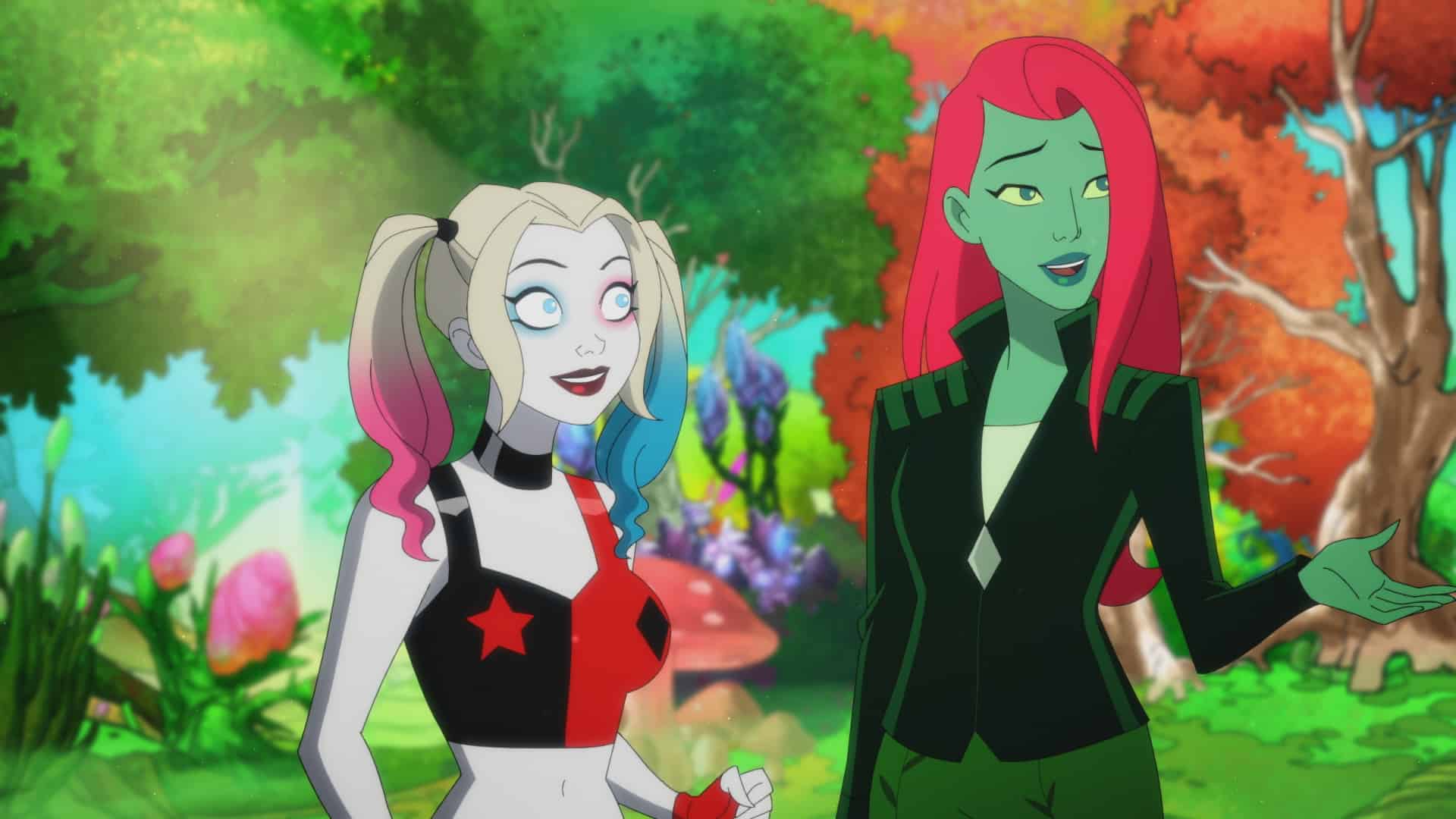 Episode 1, Harlivy, was an awkward episode for me. It dealt with that initial, honeymoon stage of the relationship (both literally and metaphorically) between the titular couple, and Harley was over the top with her emotions on Poison Ivy. She resembled that overbearing, can’t-live-without-my-lover-for-one-second attitude that made you feel uncomfortable. To be clear – this isn’t an issue with the writing or the acting. This was clearly purposeful for the character development of the couple and I think it made a lot of sense to do it this way. But it just didn’t make it less awkward for me, personally. That said, it still wasn’t a bad episode; just not one of my favorites.

By the way, do you remember that controversy about DC telling the showrunners how Batman couldn’t do that thing to Catwoman on the show? Well, it looks like the showrunners had their fun about that moment in more ways than one! 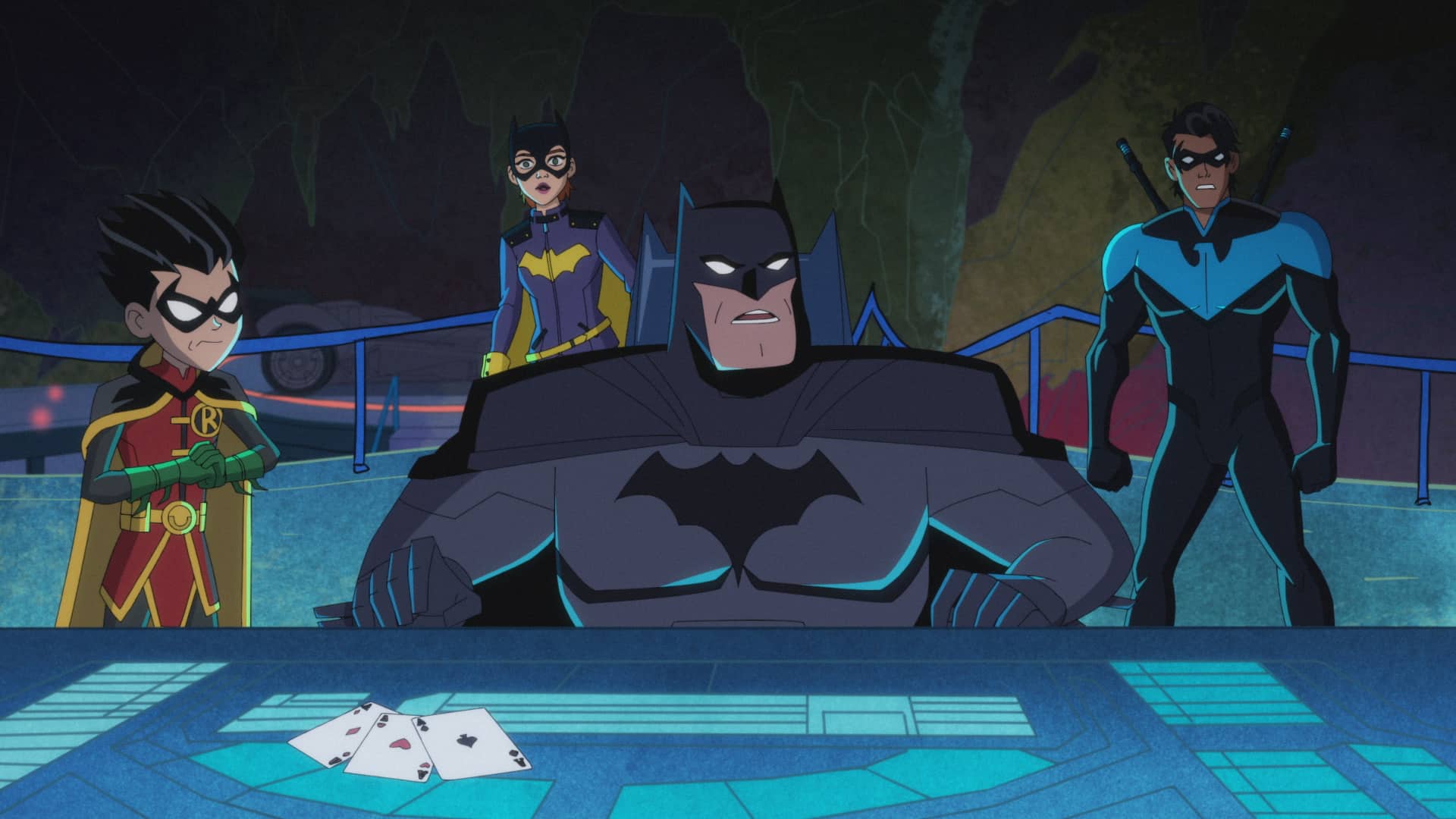 Episode 2, There’s No Ivy in Team, was probably the best episode of the 3 in my opinion. We finally get the appearance of Dick Grayson as Nightwing, and he gangs up with the Bat Family, with overcompensated egos in full check all around the Batcave. One of the best things about this show is how they make fun of their own characters, and this episode does a great job of keeping that up. The tension between Nightwing and the Bat-family is comical, and I hope they continue this in the season!

The Bat family in this episode teams up with Harlivy and the gang, both in desperate need of teambuilding camaraderie. I won’t share what happens in this episode, but I’ll end with this: the episode is nonstop laughter from start to end, and it is one of the wittiest, snarkiest episodes I’ve seen and I absolutely love it. 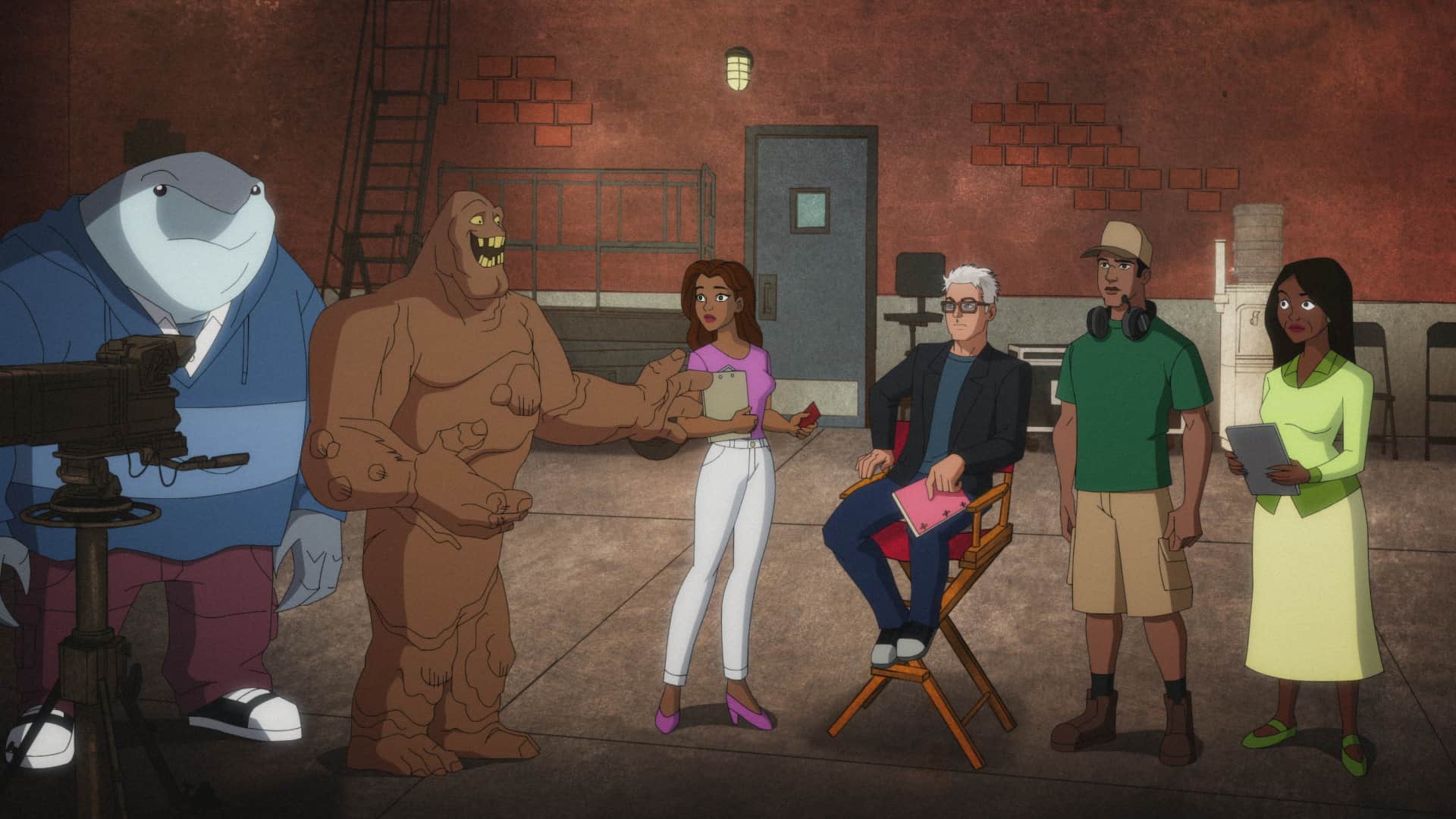 Episode 3, The 83rd Annual Villy Awards, tones down the comedy a little bit (but still has some great laughs) but makes up for it with very moving and endearing moments in the episode. Ivy attends the Villy Awards with Harley after they were nominated for best couple. This is clearly not Ivy’s thing but she wants to support Harley, and the event floods everyone with past memories and trauma that everyone faces and works through. It is one that is well-written for a comedy show that makes those heartfelt and sincere moments authentic and real. It’s very difficult to pull that off in a comedy show without making it feel corny but the creative team did a fantastic job of this.

Now, if you know me, one of my favorite characters in the show is Bane. Not only is this one of my favorite characters to cosplay as, but the show has done a fantastic job of taking this serious and dangerous villain and making him a comical bit that is just hysterical to see a bodybuilder portray that kind of character. In Season 3, he is still around, still bringing the hilarity and nonstop laughs that never gets old, and they always tell a fresh story that will always make you enjoy him whenever he’s on-screen!

This season is already off to a great start. Yes, Episode 1 was a little tough at first, but it did what it needed to do to set up that character development between the main characters, and it has taken off from there. Add this show to your list of shows to watch when the newest episode drops because you don't want to miss this!