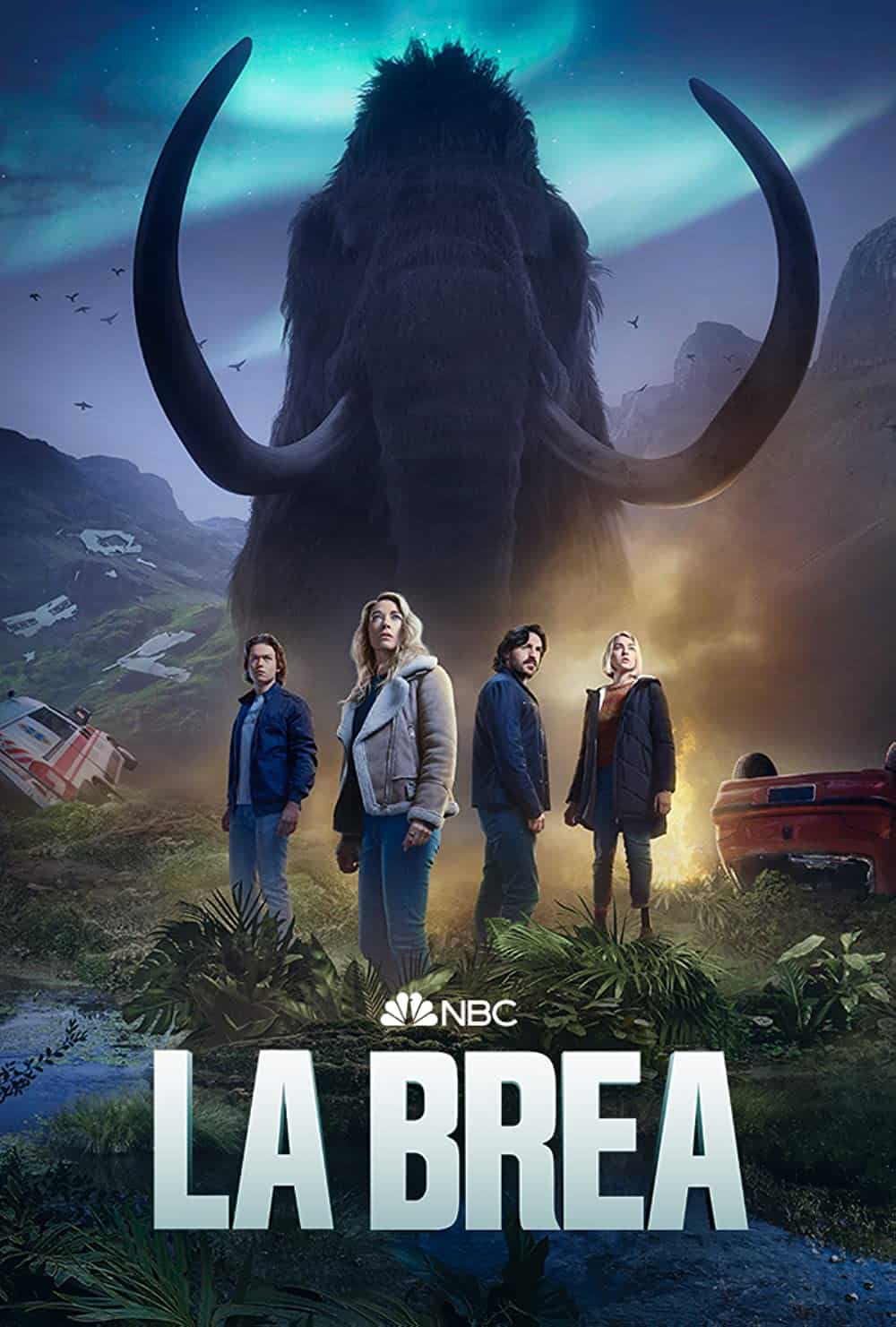 Episode Title: The Next Day

At first glance I was not sure about La Brea. How does anyone survive falling into a sinkhole, let alone everyone that fell in? How is there a whole world under the surface of the planet with sunlight? Where did the dinosaurs come from? Why is the show called La Brea? I had so many questions, and all of them were answered in the first two episodes of season one. So, what does that leave for season two...?

La Brea has it all: time travel, murder, drugs, alcohol, and large prehistoric mammals. If you are looking for a show to check off all those boxes, then look no further! When I originally went to look the show up to watch the first season and saw the score of 37% from Rotten Tomatoes, I kept my expectations low; however, La Brea exceeded my expectations and I actually found the show to be quite enjoyable. The musical score for this show  keeps the pace and set the mood and really, I can’t ask for much more than that. The acting has been fantastic considering more than one actor is new to television. The sets are wonderful and as far as I can tell are shot on location. The special effects are decent, especially for non-cable TV. The story is more than a little convoluted but entertaining. In all honesty the first season could have probably been two or three more episodes longer and just been a one season show. I feel like we may be heading into a Lost situation without starting as strong.

So far from season one, we know that the sinkholes lead to time travel portals that take you back to 10,000 BCE. The dad, Gavin, is from that world and has to save the modern world with the help of his future/soon to be ex-wife, Eve, because if she doesn’t get him to go through the time rift then their future kids will cease to exist. There are two kidnapped kids from the present and one of the girls, Lilly, has to go through a sinkhole time rift to the ’80s to help Gavin save the present. 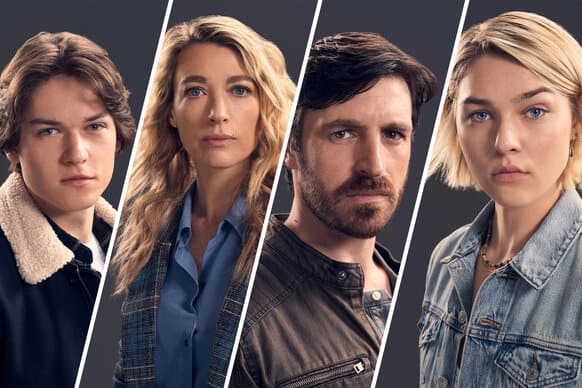 Season two picks up exactly where season one left off. There is at least one new group of people in the time portal. We find out a little more of how the time portals work. And we also get some closure on some loose ends from season one. 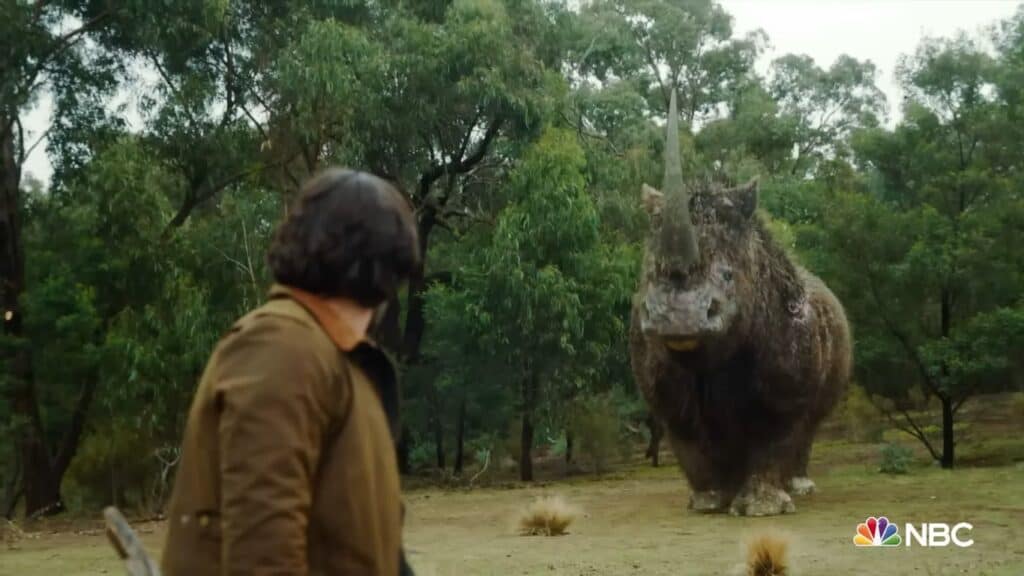 I have to say the woolly rhino CGI is considerably better than the giant land sloth of season one. The sloth CGI was so laughably horrible but was still not my biggest complaint. 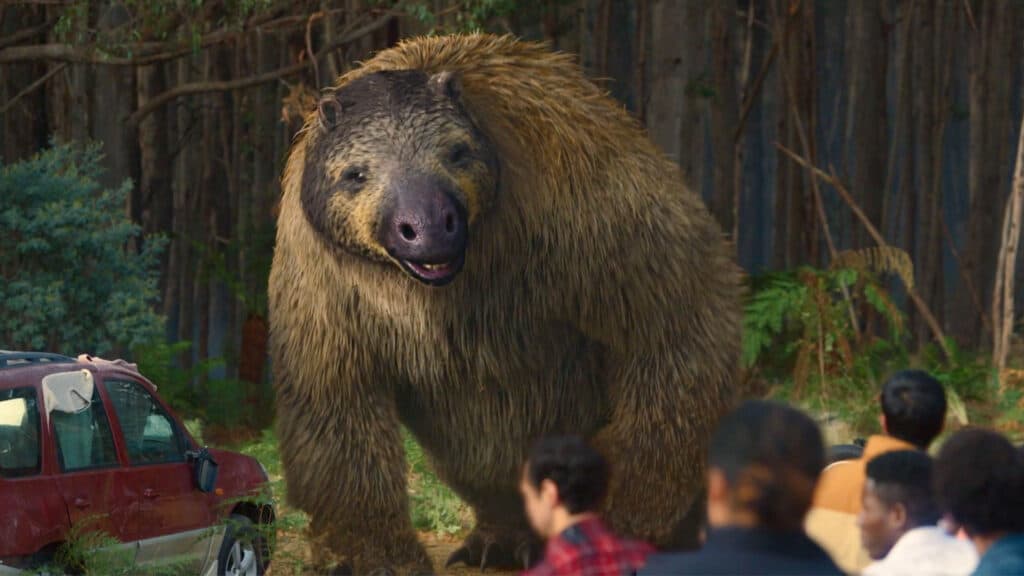 Eve Harris is played by Natalie Zea who has been in Justified and The Following. She plays a woman who is at a crossroads in her marriage and is separating from her husband and trying to start new with her kids. Gavin Harris is played by Eoin Macken who has been in Merlin and The Night Shift. He plays a man that has suffered a traumatic injury in combat and is seeing images that he can’t explain. The images cause him to start drinking and that is what breaks up his marriage. Eve and Gavin’s children Izzy and Josh Harris played by Zyra Gorecki and Jack Martin, both of which are new to acting but do a wonderful job at playing angsty teenagers without overdoing it and becoming petulant. The supporting cast is various and talented with compelling backstories. Unfortunately, there are just too many people to keep up with for an extended amount of time and if characters don’t start getting killed off or otherwise written out soon, it’s just not going to be manageable. 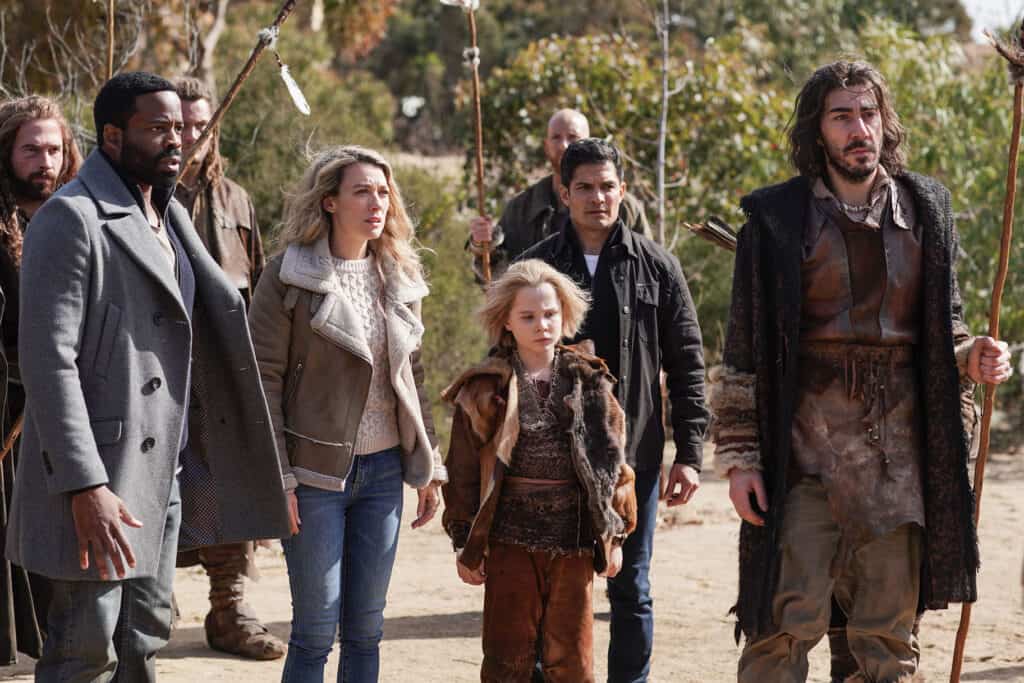 Overall, the series is not bad. I came into it with low expectations and so far, the show has exceeded them. This show could have been a one season series with just a slightly longer first season and I will be surprised if there is a third season unless something completely crazy happens to freshen things up without coming off as a cheap gimmick. I for one am kind of hoping for something completely crazy and a thinning out of the cast.

La Brea is entertaining and overall has an interesting plot happening. I think the show is worth the watch but you may want to wait for episodes to stack up on Peacock to binge-watch it. The cast is great, there is just too much cast which means that there are too many side stories happening. I will continue to watch the show but mostly because I need to see if the cast thins out and if anything crazy happens to warrant a second season.