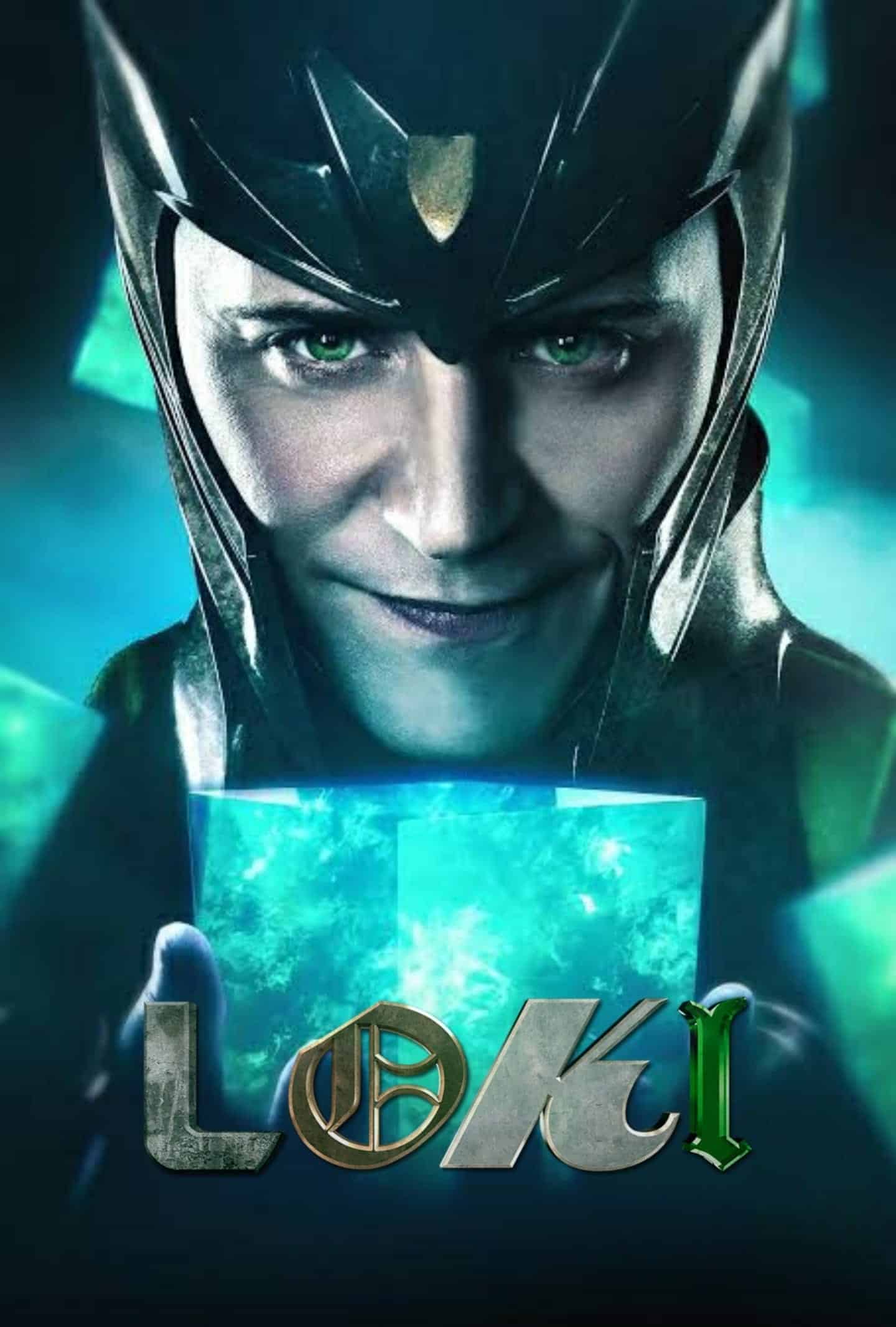 I was never much of a fan of Loki in the comics. When I began reading comics, Loki was this cackling imp constantly challenging Thor, always trying to become King of Asgard, etc. It wasn't until the first Thor movie and Tom Hiddleston's stellar performance that I fell in love with Loki. He is without doubt the best villain yet in the Marvel Cinematic Universe and, indeed, any Marvel movie or TV series period. 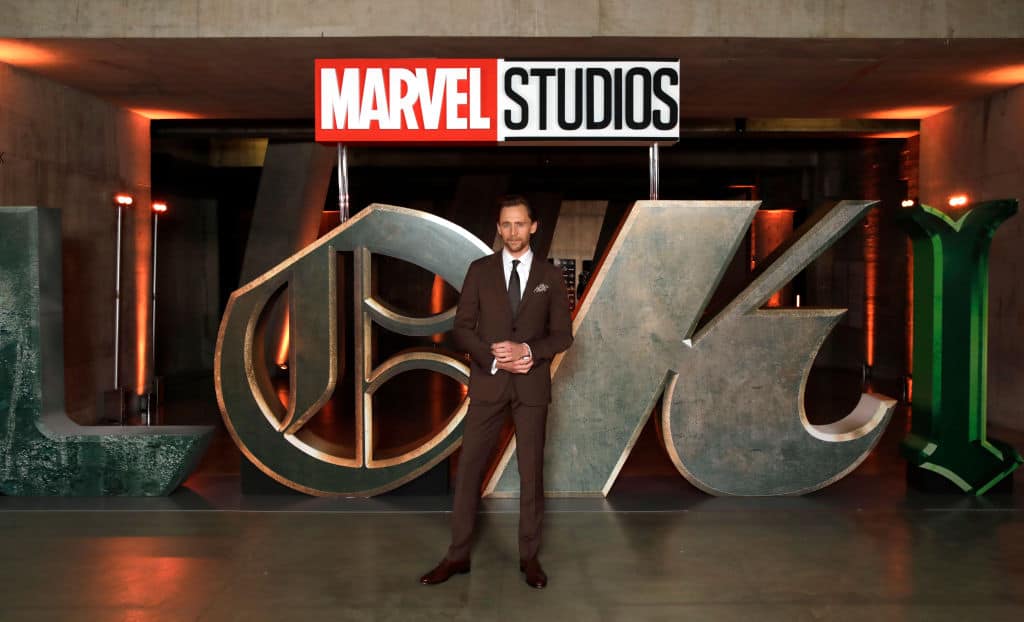 Loki has appeared in Thor, The Avengers, Thor The Dark World, Thor Ragnarok and Avengers Infinity War. In Thor, Loki tries to usurp the throne of Asgard after Odin banishes Thor to Midgard (Earth) until Thor can learn humility and be worthy of his stature once more. When Odin falls into the Odinsleep, Loki finally gets his wish to sit at the throne of Asgard.  He travels to Earth and tells Thor that the strain of their argument has killed the All-Father and Thor’s mother, Frigga, has banished him from Asgard forever. But once Thor proves himself worthy again he returns to Asgard to confront Loki and the two end up battling it out on the Rainbow Bridge, the Bifrost. To keep Loki from destroying Jotunheim, home of the Frost Giants and Loki’s own birth realm, Thor uses his hammer, Mjolnir, to break the Bifrost and Loki is seen falling into the Abyss. 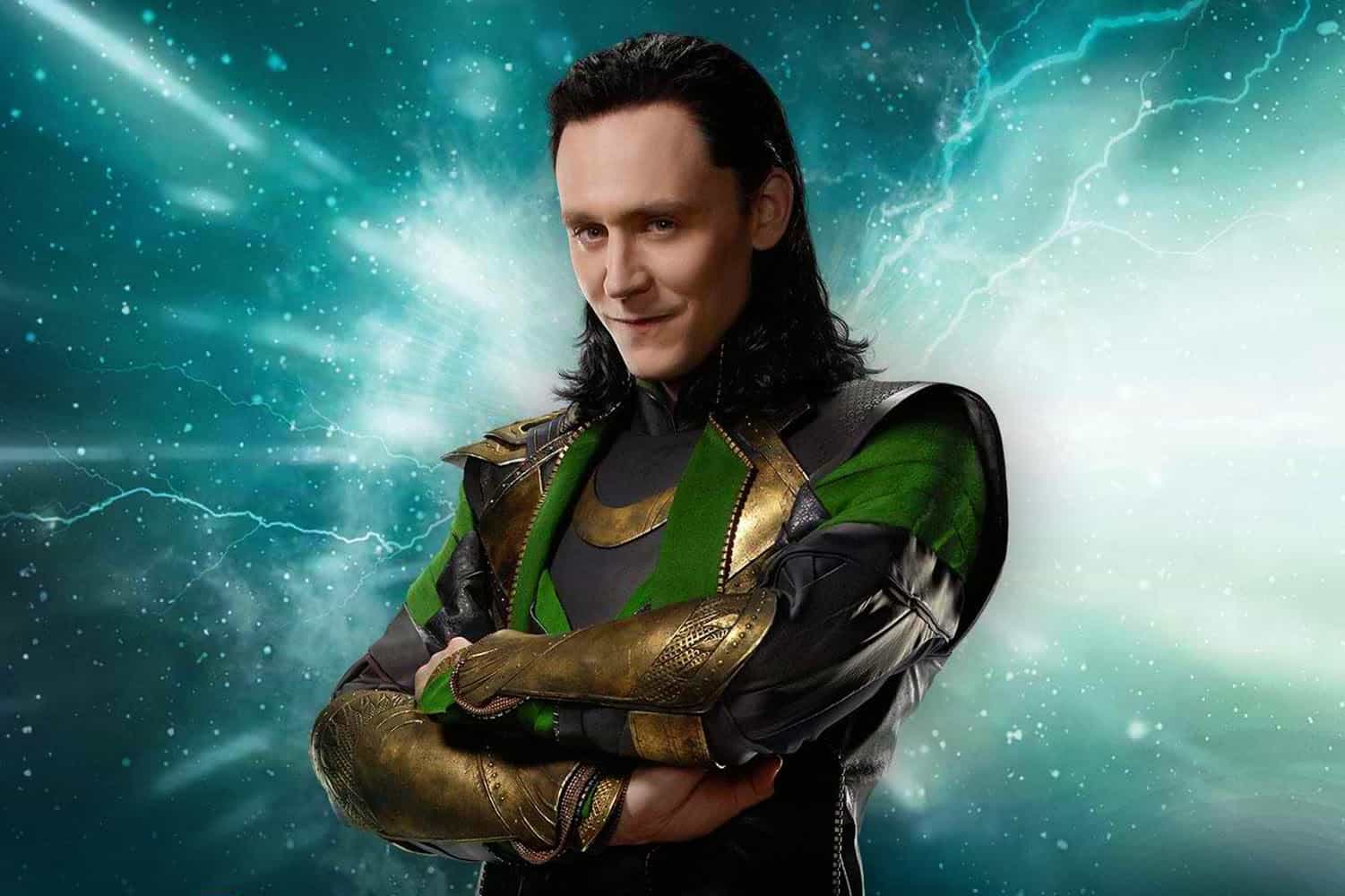 But you can’t keep a good trickster down and Loki makes his first miraculous return in The Avengers working with the alien Chitauri whom Loki doesn’t know are minions of Thanos. Just as in the comics, albeit through different machinations, Loki is responsible for the formation of Earth’s Mightiest Heroes…The Avengers.( In a totally unnecessary and, frankly tacky, retcon, it was revealed that Captain Marvel inspired The Avengers Initiative and the name “Avengers” came from Carol Danver’s plane “Avenger”). After defeating the Chitauri, Thor takes Loki back to Asgard in shackles. 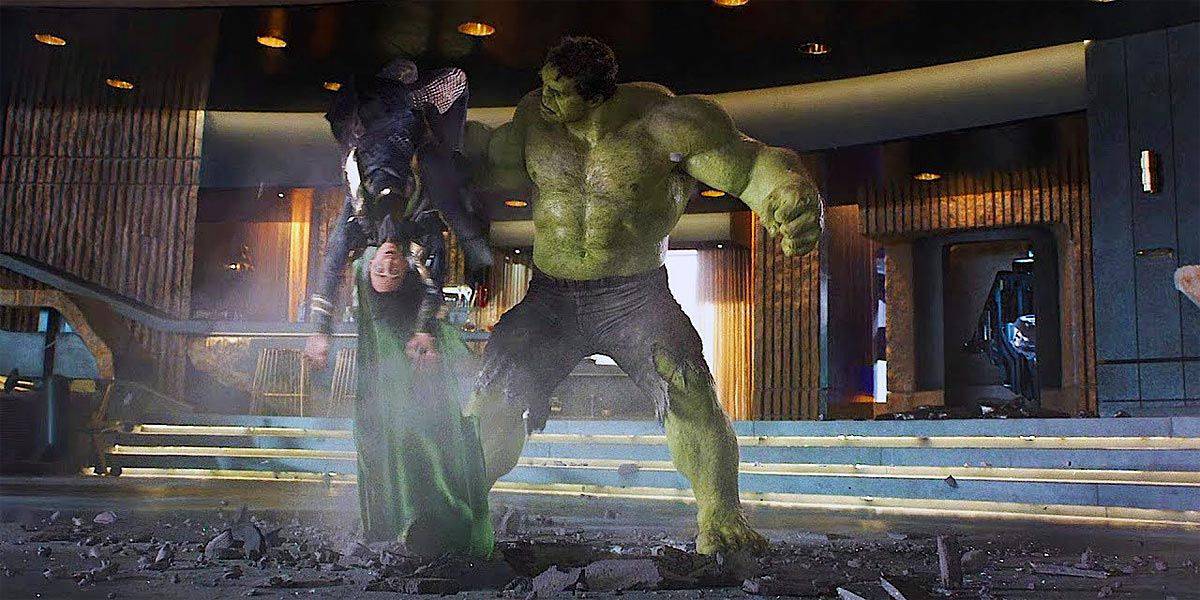 Loki returns in Thor The Dark World locked in an Asgardian jail cell. When Malekith and his Dark Elves arrive and begin ripping Asgard asunder, Thor breaks Loki out to aid him in this horrific battle. During a fight with Kurse, Loki is killed again defending Thor. Of course, in the tradition of all great villains, Loki returns again in Thor Ragnarok. But in the opening of Avengers Infinity War, in an act of unselfishness and concern for his brother, Loki is finally killed by Thanos. But when the Avengers go time tripping to undo Thanos’ “snap” which killed half of all life in the universe, Loki of 2012 who is about to be taken back to Asgard for his crimes in The Avengers, unintentionally gets his hands on the Tesseract and escapes. As the opening of Loki episode one we see these events played out again and also where Loki has gone…the Gobi desert where he is promptly taken into custody of the Time Variance Authority (TVA). 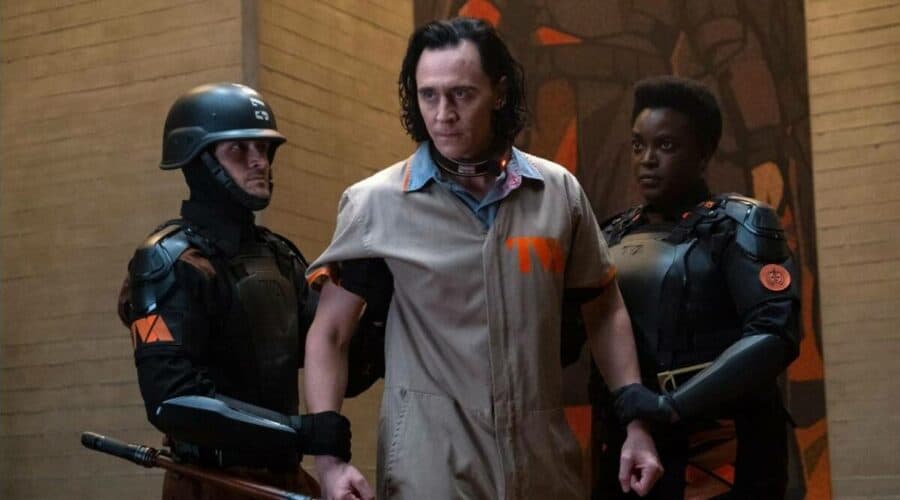 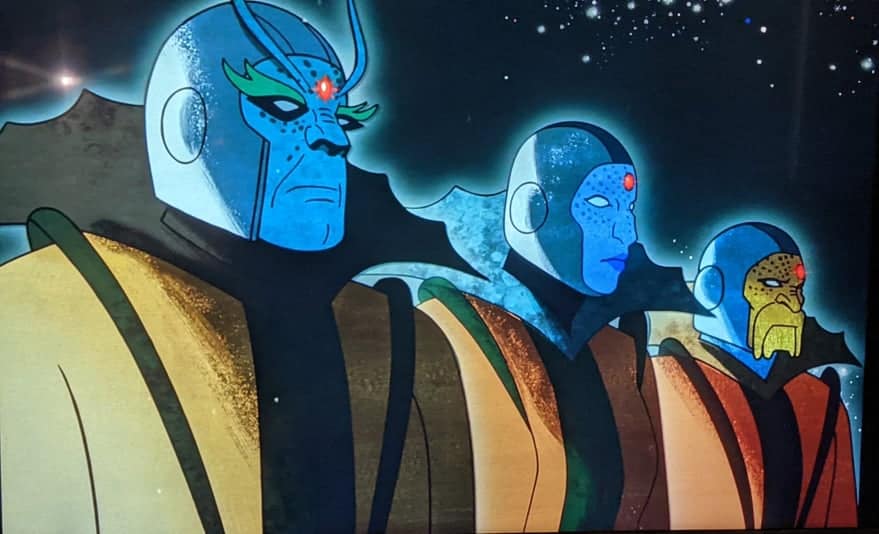 An old style cartoon tells how a long, long time ago the multiverse was in chaos with various timelines at war battling for supremacy and it almost destroyed, well, everything! Then the Time Keepers arrived and reorganized the multiverse into a single timeline…the Sacred Timeline. Now, the Time Keepers protect and preserve the proper flow of Time. But sometimes people like Loki veer off the path the Time Keepers created. These people are called “Variants”. Veering off the path creates a Nexus Event which could once again throw off the multiverse and start another war. The Time Keepers created the TVA to step in and put the Timeline back on its predetermined path. Now Loki must stand trial for his offences against Time. Loki argues that it was The Avengers that broke the Time laws and is told that was supposed to happen. Loki’s disappearance from his original path was not. 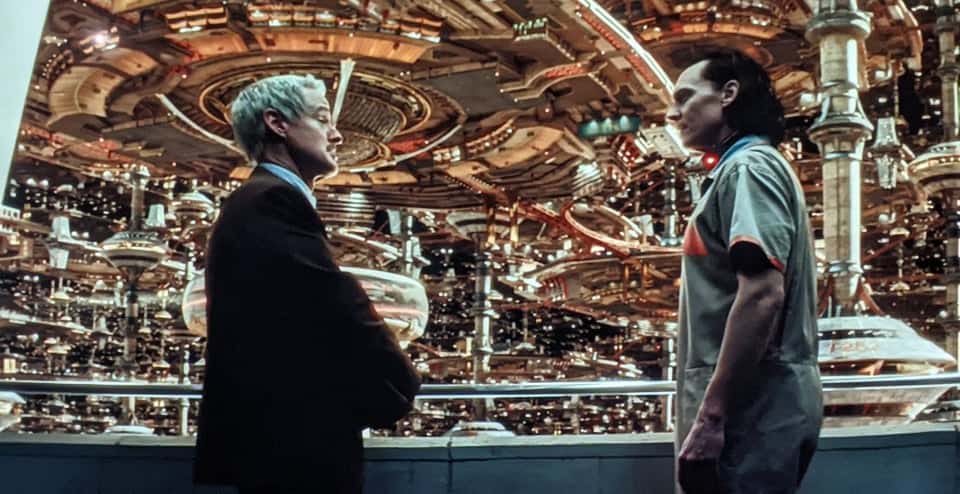 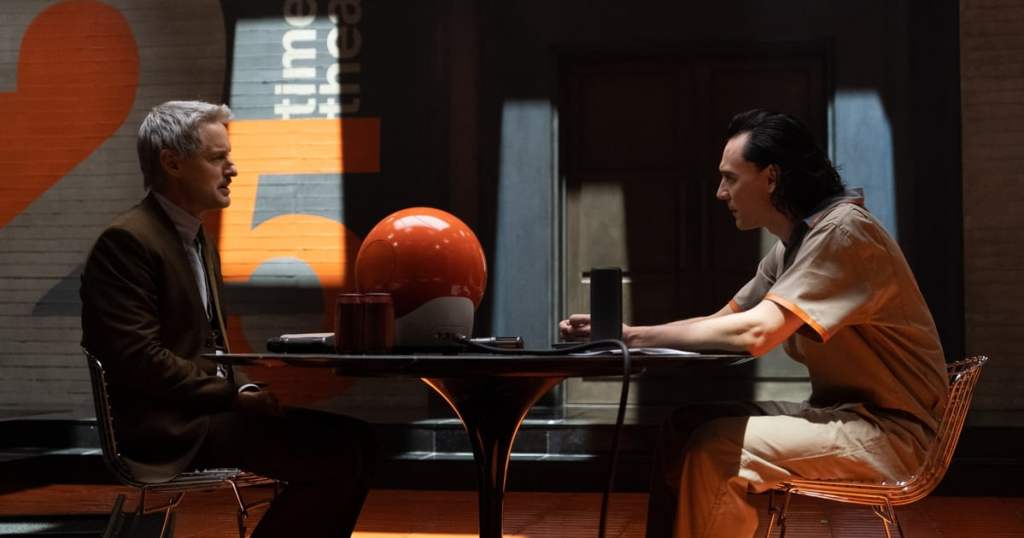 Owen Wilson plays TVA Agent Moebius who takes an interest in Loki. He wants to know why Loki does the things he does…what does he want? Their interactions come off like some sort of demented psychotherapy session. When he manages to elude his captors and then finally see what awaits him on his predetermined path… the death of adoptive All-Father Odin, the end of Asgard and finally his own demise, Loki realizes he can never return to his own Timeline. And for once he isn’t going to be able to trick himself out of anything. Finally, the God of Mischief is humbled. 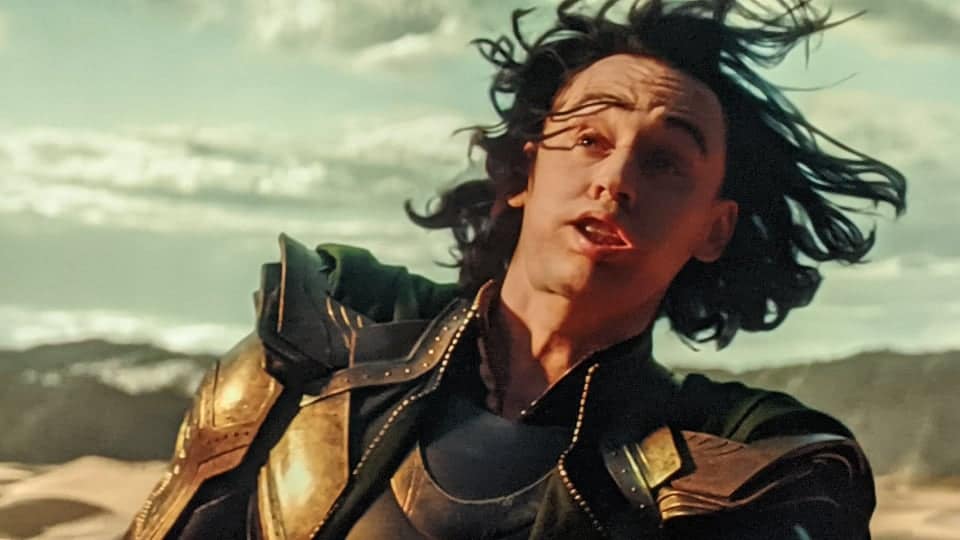 I really wasn’t ready for another show, especially from Marvel, vibing off of Dr. Who. We’ve already gotten this in DC’s Legends of Tomorrow. The first episode of Loki–which is actually 1/6 of the series–was very static; that is, it was mostly comprised of cartoonish exposition (literally), flashbacks and psychotherapy. Most of the comedic moments felt awkward and just not that funny. Like Loki getting slapped in slow motion. While bringing Loki to a point of remorse and humbleness, it seemed to go too far in unempowering the character. Loki is truly one of the best created characters in the Marvel Universe. First they dismantled Thor and turned the once proud God of Thunder into a buffoon. They demolished Asgard, callously murdered the Warriors Three and now their sites seem aimed at doing away with one of Marvel’s best villains. Apparently Disney has a problem with villains…as also seen in their recent Cruella movie. Cruella–a woman whose future was the theft of 101 Dalmatian puppies she wanted to skin and turn into a fur coat–is suddenly being portrayed as a sympathetic character. A hero. Now Loki must trade his horned helmet in for a hero’s hat and help the TVA track down a Variant who is going around killing Time Cops. Oh, and the Variant is Loki. Huh? The shadowy, cloaked figure at the end of the episode looked more like The Red Skull from Endgame…which I’m sure is already got audiences theorizing. If it is Loki, what? Is it female Loki? Kid Loki? Oh and there is also a picture of a devil in the show so why not dust off those Mephisto theories from WandaVision.

While I wasn't bowled over by the first episode of Loki, I am not going to condemn the show on the basis of one episode. I really want the series to pull me in and make me love it. But for now, I'm going to keep my expectations low and hope for the best. I mean, this is Loki, dude! He's gotta come out on top and back in form...doesn't he? 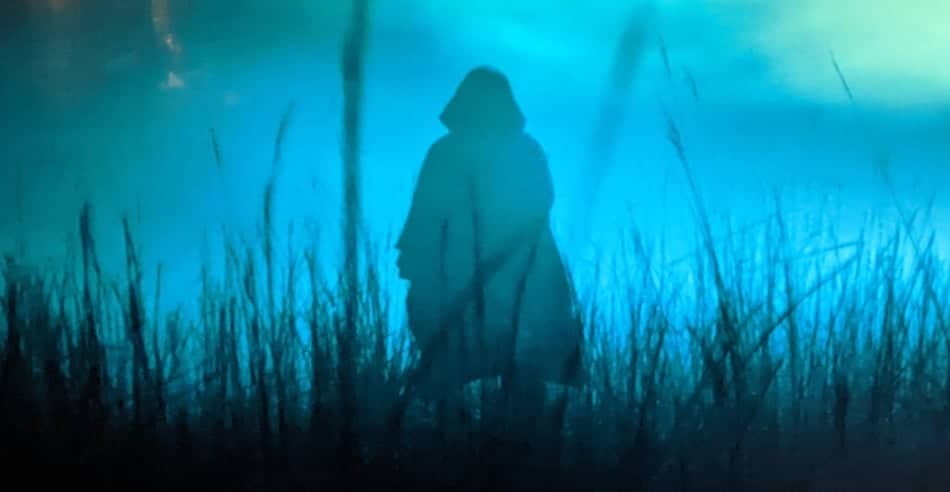 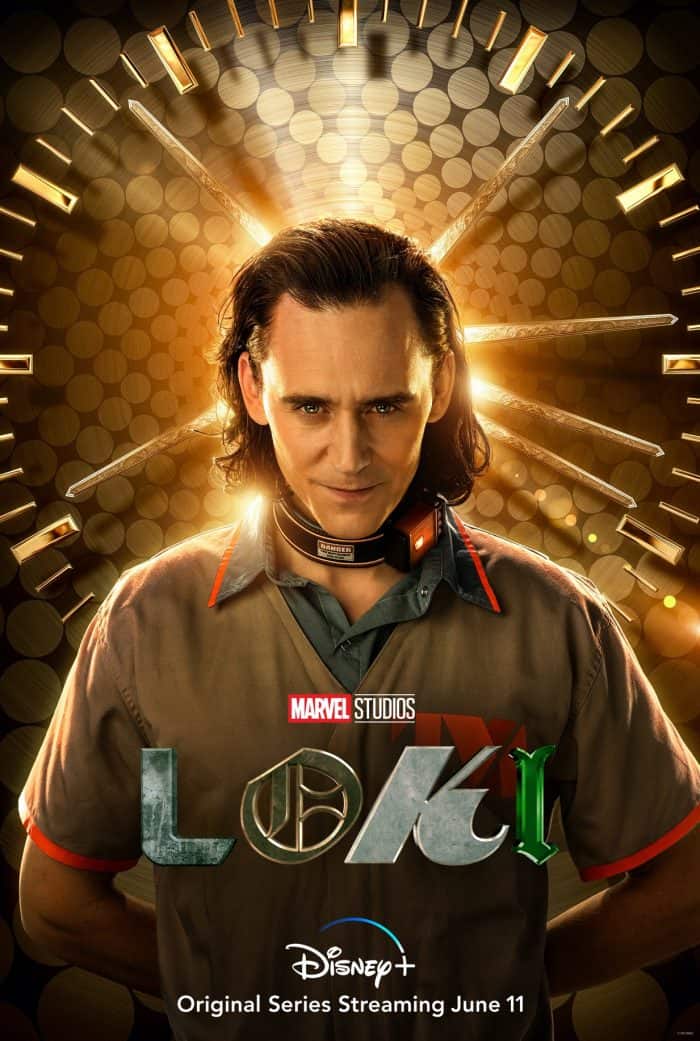