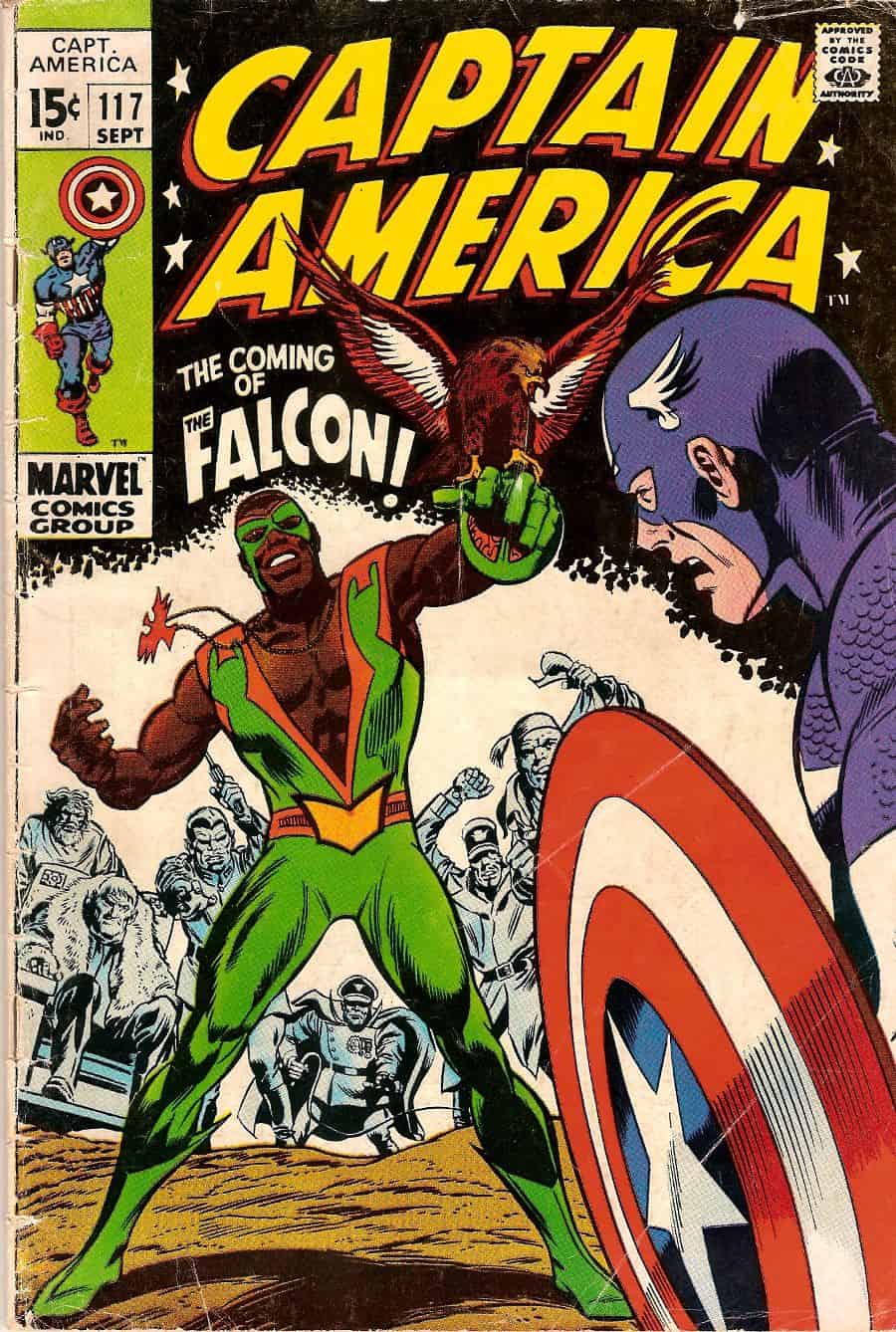 MARVEL COMICS: Sam Wilson wasn’t always a hero. After his parents were murdered in separate instances, Sam became “Snap” Wilson and embarked on a criminal career. On his way to a big score his plane crashed on an island with a smoke monst–oops, wrong island. Anyway, on the island Snap crashed on were former associates of The Red Skull called “The Exiles” who had fallen from grace with The Red Skull. The Exiles were enslaving the native tribes on the island. While on the island, Sam befriends a falcon whom he calls “Redwing”. The Red Skull, obsessed as ever with destroying Captain America, uses the Cosmic Cube (aka The Tesseract in the MCU) to rewrite Snap/Sam’s past so now Sam believes he was a social worker and was lured to the island and helped organize the natives to fight back against the Exiles. The Red Skull also creates a telepathic bond between Sam and Redwing that would eventually give him powers over all birds. At one point, The Falcon was considered to be a mutant. I don’t know if they have since changed that. When Captain America comes to the island, he and Sam become friends and decide to create The Falcon  as a symbol for the natives. Sam is trained by Cap and joins him in defeating The Red Skull and the Exiles. The Falcon goes on to become Captain America’s partner–the comic was even renamed “Captain America And The Falcon” for several years. Later, The Black Panther helps to create a new costume for The Falcon that gives him the ability to fly for the first time. 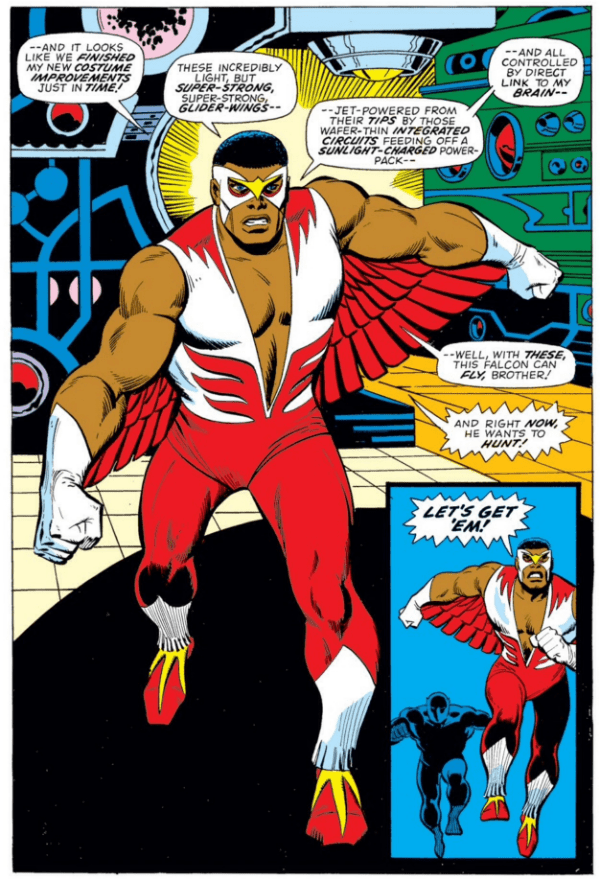 At one point, Henry Peter Gyrich, a government  liaison on Super Human Affairs, drafts The Falcon into The Avengers to represent African Americans on the team since The Black Panther had returned to Wakanda and wasn’t involved with the team much any more. Indignant at being used as a “token”, Falcon soon quits the team. He has since returned to The Avengers on various occasions. When Steve Rogers was killed (but not really–y’know…comics) The Falcon took on the role of Captain America until Rogers “undied”.

The MCU– The Falcon made is movie debut in Captain America The Winter Soldier and has appeared in Avengers Age of Ultron, Ant-Man, Captain America Civil War, Avengers Infinity War and Avengers Endgame. Similar to the comics, Sam Wilson is a social worker but with the VA. He meets Steve Rogers while he is out jogging, watching Rogers pass him by numerous times. There are no secret identities in the MCU and the pair soon strike up a friendship. Also different from the comic is Sam is a veteran of the US Air Force. He served as a pararescue airman. 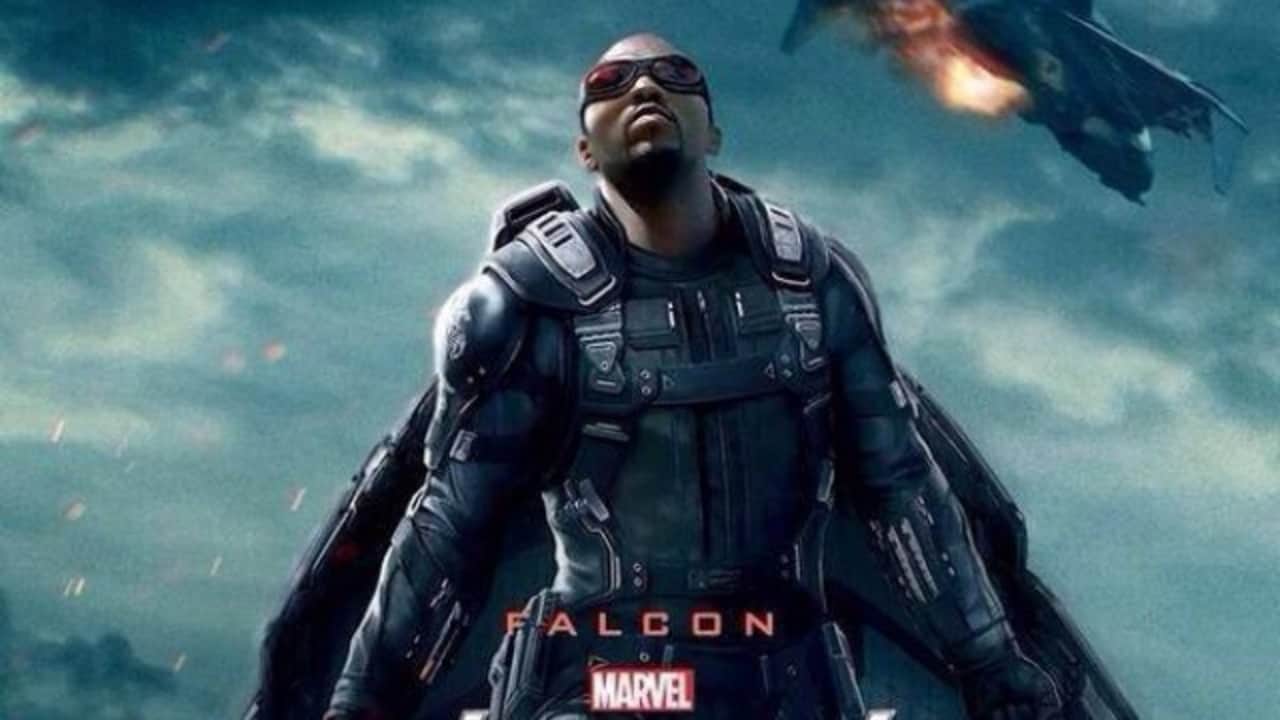 Now, The Falcon will take center stage along with Bucky Barns, The Winter Soldier, in their own 6 part limited series on Disney+ beginning Friday March 19, 2021. It was originally intended to be the first MCU TV series but covid problems and shooting locales somehow put WandaVision ahead in their production so it came out first. It was a great launch for MCU-TV and I’m sure the new Falcon And The Winter Soldier will be a worthy follow-up and give us a differently styled MCU adventure. Join me back here at Comic-Watch Media later this weekend and I’ll tell you what I thought as well as other fan reactions.