Masters of the Universe: Revelation Part Two: I Have the Power! 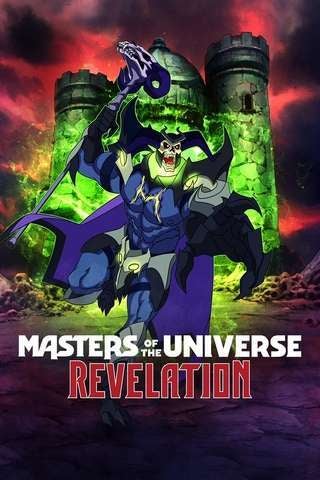 Prince Adam, Teela and the rest of the crew on Eternia battle for the very lives of everyone in the Universe.

In the second half of the first season of the new Masters of the Universe Netflix series, we pick off where the first half ended.  Skeletor has returned and now wields the Sword of Power giving him god like abilities.  Adam, a.k.a. He-Man has been gravely wounded and Teela, Andra and Man at Arms are beaten.  How they not only survive but regain all they had lost is the journey episodes 6 through 10 (or Part 2 episodes 1 through 5 as it is also listed) takes us on.  In the balance is not just the survival of Eternia, but the entire Universe.  There are reunions, losses, death, and transformations.  And as the truth is revealed the natural balance of the universe can be restored. 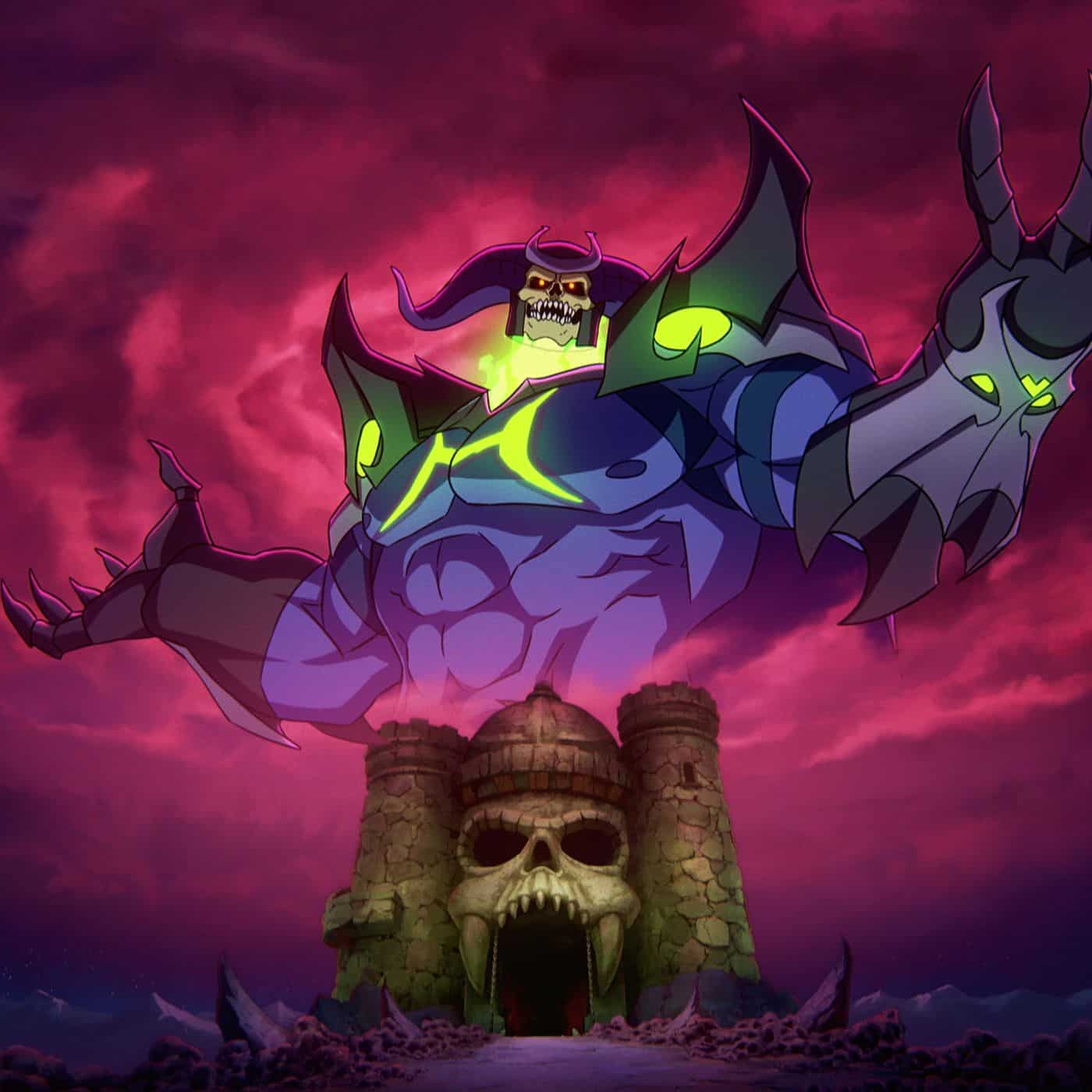 First, to address the very title of the series, since it connects to a lot of the negative complaints that have been made about part one.  The title does not include He-Man, and it is right to do so.  This isn’t just He-Man’s story.  This is the story of the other characters that the original series never really focused on.  This is Teela’s journey and her father’s.  It is Evil-Lyn’s tale and examines her past and her relationship with Skeletor and Beastman.  This series gives depth and complexity to what was generic two-dimensional characters and does so with a compelling storyline with magic and adventure.  And Yes!  He-Man plays a major role in it! 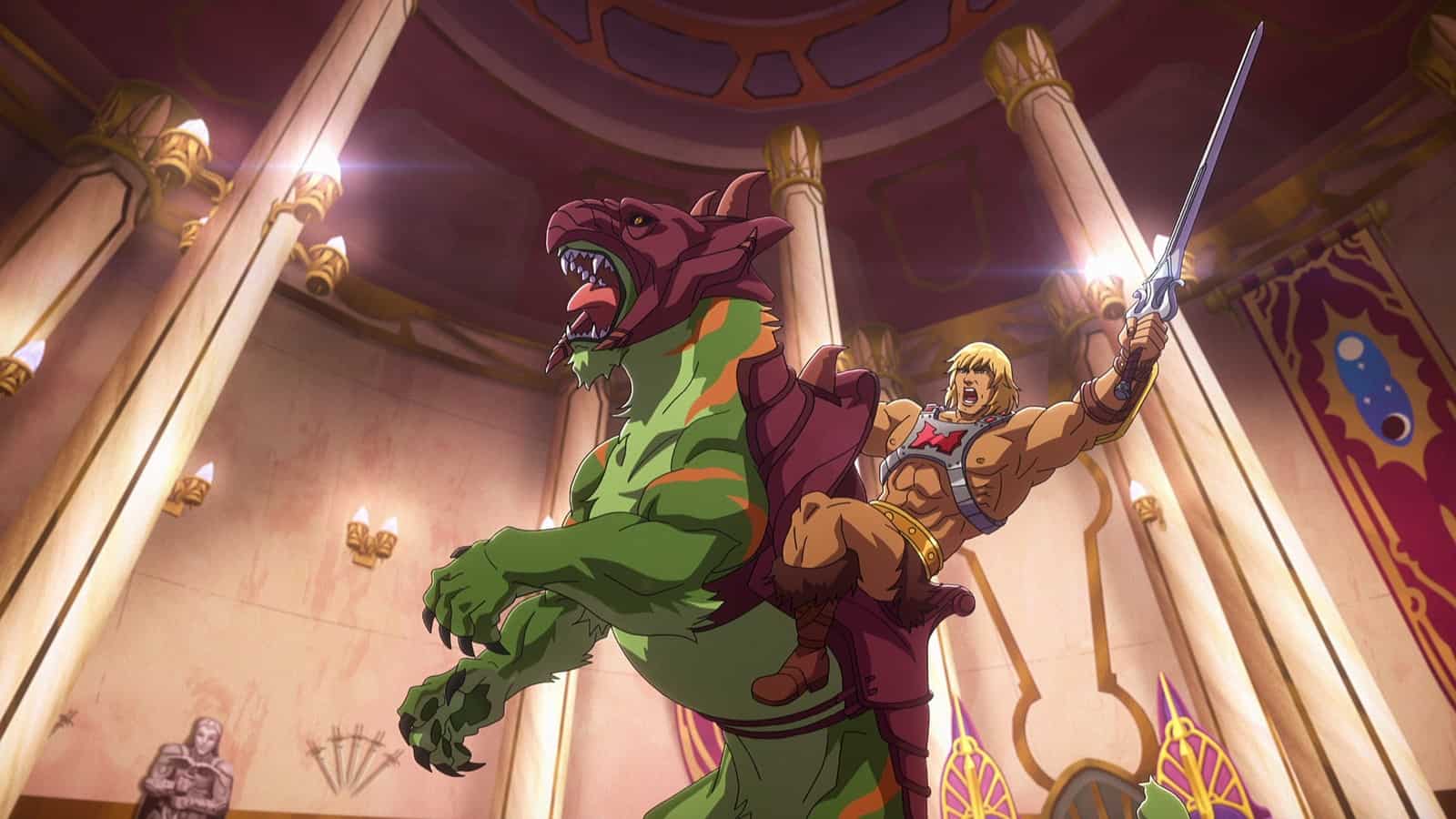 The script is beautifully written for a cartoon based on an old 1980s toy line.  It can be sappy and corny, but there was a honest sentimentality that stirs the heart.   A major theme in the series is “Power”, what it is, who has it and what those who have it do with it.  Real power comes with the knowledge of when to use it and when to give it back.  That it is our connection to our loved ones temper the power and enhance our strength and give us courage to become all we were meant to be.  Power with out those connections is destructive and dangerous.  The story flowed nicely, and I have to admit, I couldn’t stop watching, luckily there are only five episodes and they are only about half an hour each. 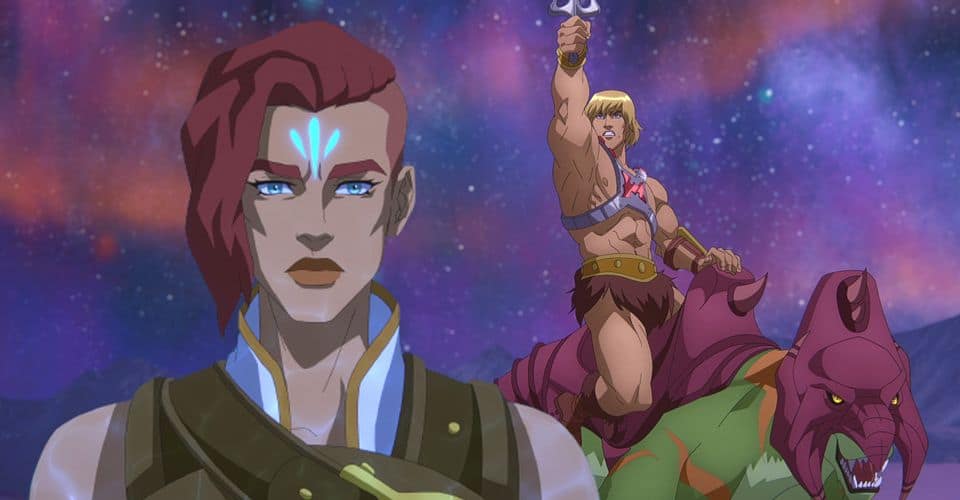 The vocal cast is well chosen, Chris Wood (Supergirl) as Prince Adam / He-Man, does a great job adding much needed dimensions to his character.  He can convey the remorse he feels over keeping his dual identity a secret for so long.  Likewise, Liam Cunningham as Duncan (Man-At-Arms) has some wonderfully tender moments, when saying goodbye to the love of his life, twice!  I applaud the series for allowing a macho male character show emotions and to even shed tears.  Sarah Michelle Gellar as Teela, the character who changes the most through out the series.  She is vocally able to convey so many emotions sometimes all at once.  Mark Hamill as Skeletor steals the show.  Mark has the ability to bring both the corny and evil aspects out of his characters.  He harkens back to the  vocal traits of the original character but adds so much more darkness.  And finally, Lena Headey, as Evil-Lyn, her portrayal of someone who sees the chaos of the universe and is touched by its madness.  Her character is conflicted, and this comes across loud and clear with her vocal abilities. 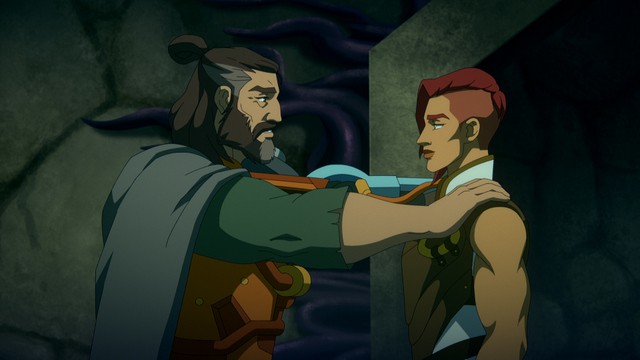 The production value is high with the animation inspired by original series, but cleaner with the use of more vibrant colors and better contrast.  A lot is done with the illusion of light and shadows and the very use of magic is…well, magical!  The music is well placed and adds to the emotional impact of the scene in which it plays.  Not only does this touch my nostalgic side it adds much needed depth to the characters I grew up with and love.  Well Done!

This is He-Man for a new generation.  He is not the only character that matters in the story anymore.  With a wonderfully sentimental script and three dimensional characters that add to, not detract from, the original storylines and characters.  The very nature of "The Power" that He-Man wields is examined and the outcome is a beautifully woven story of personal "revelations!"  But with corny jokes and lots of magic and action!

Masters of the Universe: Revelation Part Two – I Have the Power!