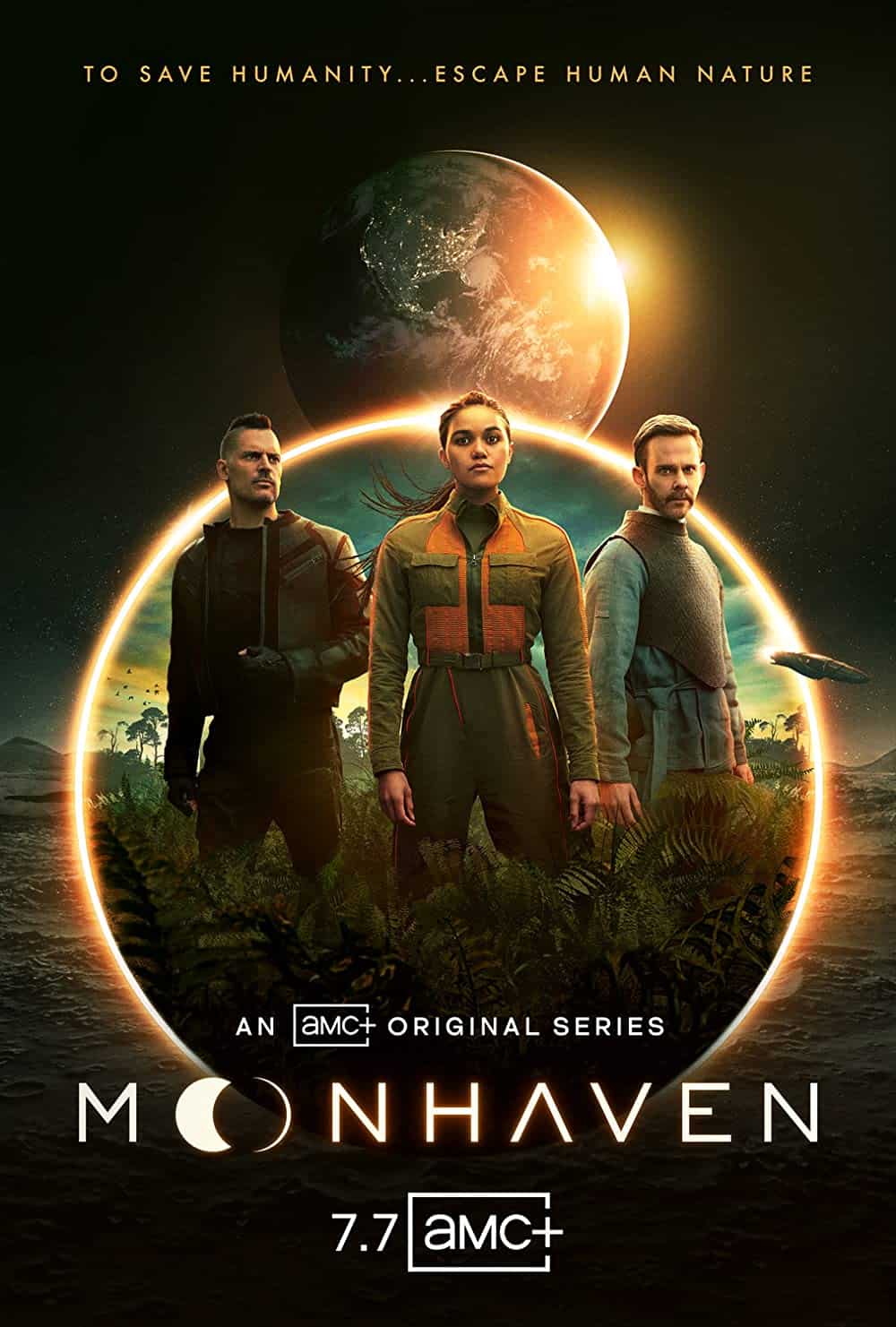 An Earth pilot gets involved in a murder mystery and conspiracy plot weeks before the first wave of "Mooners" are about to come to Earth, to begin the process of saving the planet.

The Earth is killing itself; the air is unbreathable; the people are at war with each other.  To save the human race, a (hippy like) colony is established on the moon run by a supercomputer artificial intelligence named IO, its purpose is to find the technological advancements to fix the world and to perfect the human culture to fix the inhabitants.   After a century, the colony is a type of Eden and the people that live there are very different from the inhabitants of “Mother”.  The Mooners have the advanced technology that can save the world, but more than the technology, the people of Earth must change their nature, and the first wave of colonists are about to come back to Mother to teach us all how to survive.  But not everything is as perfect as it seems.  Bella (Emma McDonald) is an Earthbound tough loner cargo pilot and smuggler that while on a high-profile trip to the moon finds herself embroiled in a conspiracy to take control of the colony.  Aided by Mooner detective Paul (Dominic Monaghan) can Bella stop the conspiracists that are trying to destroy Earths last chance at survival. 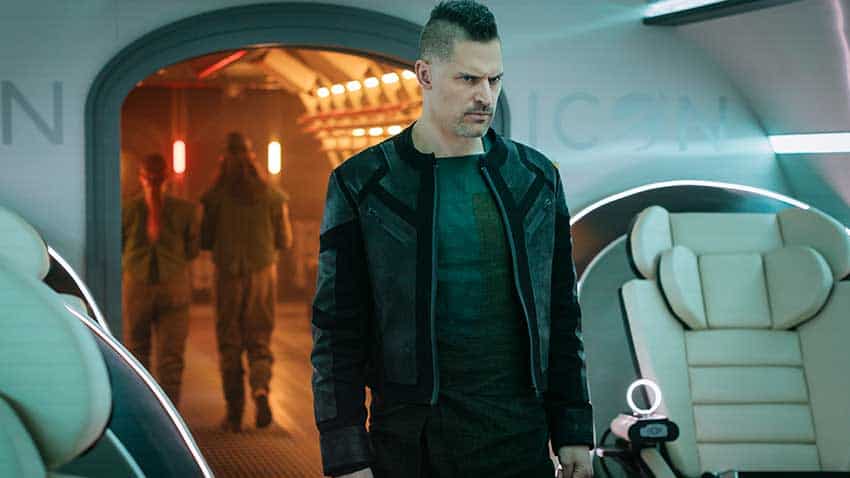 After the first episode, I am undecided if I like this series or not. The production value is quite high, with a vast contrast between the overcrowded toxic environment on Earth and the beautiful world of Moonhaven. The special effects are good, the spaceships interesting, the technology unique, but the costumes are inconsistent in quality.  The Mooner’s monochrome outfits seem like something from a high school drama department. The Earther’s costumes were a lot more realistic and look to be of better quality. I understand that the Mooners should have more simplistic clothing, possibly looking handmade, but these just stood out to me. The acting is passable, with Dominic Monaghan and Joe Manganiello, aptly portraying very different and complex characters, Dominic being a more peaceful caring person, but with unresolved feelings and Joe playing a tough ex-military who is war torn and weary, but with a youthful exuberance when passing on unrequested information.  Emma McDonald seemed a bit rough at first, but her quite aggressive nature, does grow on you after a while. Having evolved in isolation, the “Mooners” as they are called, have developed their own dialect which sometimes sounds silly.  I found it interesting, but sometimes it was a bit corny and inconsistent.  The story is very complicated and there is not enough time to really bring the audience up to speed.  We are given the basics to understand the plot, but there is a lot of ambiguity that is left undeveloped, leaving the audience feeling confused.  There are several plot lines that all seem to converge and center around Bella. 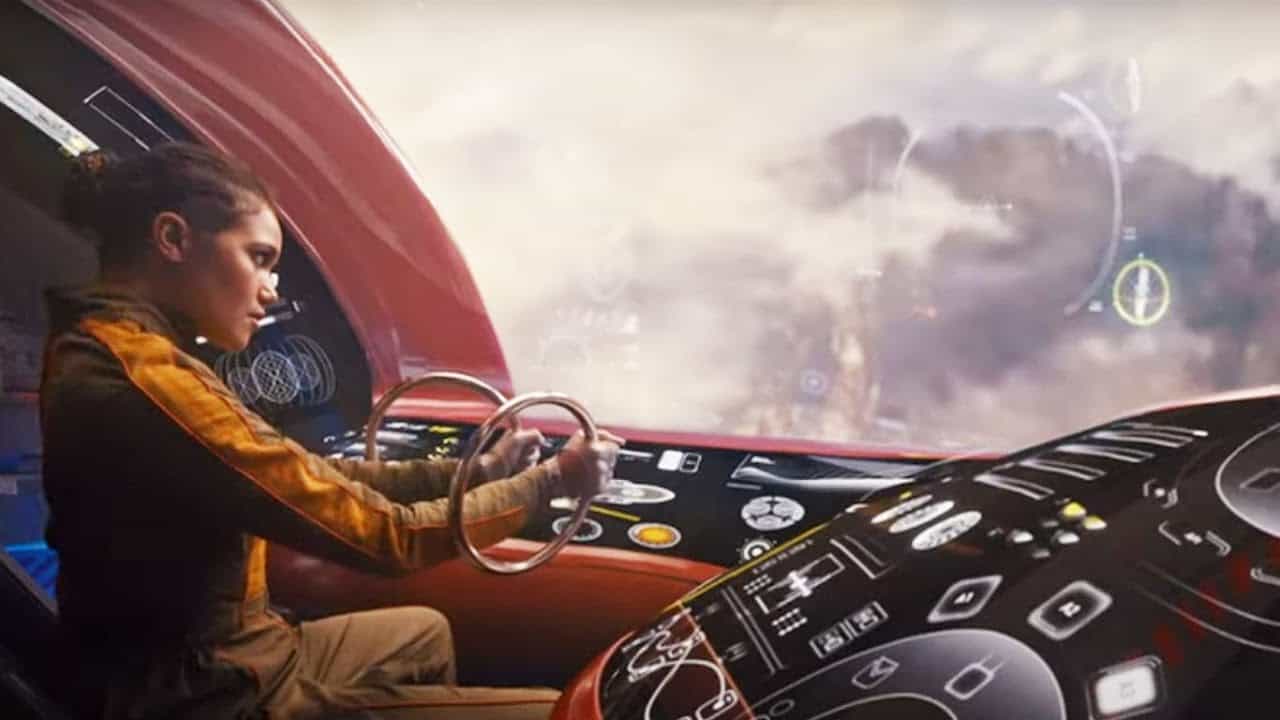 There are hints that there is something much bigger at work here that we haven’t discovered yet, but that just adds to the confusion of an already complicated plot.  Because of the complexity to the storyline, the script felt a bit uneven and the dialogue wasn’t genuine at first. It did get better as the episode progressed.  I did like the murder mystery plotline and the characterizations of detectives in a world that has little use of detectives.  The realization that they must solve a murder using their own deductive reasoning after years of having a computer just feed them the answers was intriguing.  There are several themes within the series that were also captivating.  The religious like approach to the artificial intelligence known as IO, the political aspects of both Earth and the Moon, familial relationships and how people connect, how Joe Manganiello has kept his skin so smooth and young looking, but I fear that many of these will get lost and not fully explored due to a short six-episode first season.  There is plainly too much story to unfold. I need to decide if what I enjoyed about the series is worth the time involvement to decide whether I continue watching.  Maybe I will wait for all the episodes to be released by AMC+ and then binge watch, it would only be a few more hours.

The title of the first episode is "The Pilot" which is humorous, as it is the pilot episode, but the episode is also about introducing the main character, Bella, who is "The Pilot".  In addition, the naming of the computer as IO, is interesting.  Does it stand for something, or is it a reference to the Greek mythological character Io, who is often related to the moon but also the ancestor of the great heroes, Perseus and Hercules.