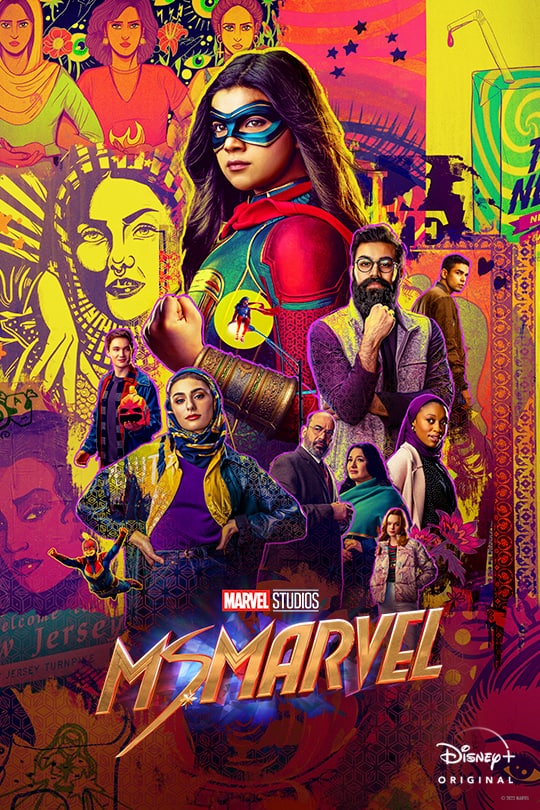 Kamala and Bruno train to help Kamala learn what her powers can do, she becomes distracted  when she meets Kamran, the new kid at school.

In the second episode of Ms. Marvel, Kamala (Iman Vellani) and Bruno (Matt Lintz) explore what her powers can do by training after school, but Kamala gets distracted by handsome new student, Kamran (Rish Shah), who she develops a crush on.  Bruno, who obviously has feelings for Kamala is visibly upset by her attraction to the newcomer.  Kamala, linking her new powers to the Bangle sent to her from her grandmother, finds out it belonged to her Great Grandmother, who was notorious for bringing shame upon her family, although no one really knows what exactly she did to garner such a reputation.  As in the previous episode, the story plays out more like a teen drama, but near the end, Kamala must use her powers as a hero when a situation arises, but all does not go to plan and she has her first run in with agents from the Department of Damage Control and Kamran turns out to be more than Kamala knows. 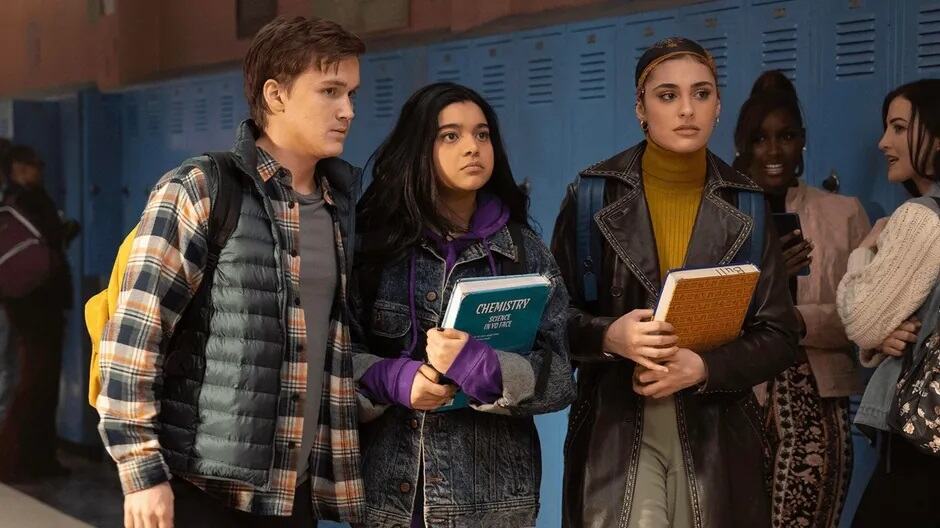 This show has a very different feel from the other Disney + Marvel shows.  There isn’t a sense of gravity associated to what is going on, and I am enjoying that.  In so many other shows, there is a sense of urgency at some catastrophe that is about to befall the human race, this show is taking its time, allowing us to get to know the characters, and where I understand how some people could feel that the story is progressing too slowly, I actually find it very interesting.  This is an origin story, that is taking the time to not only introduce the characters, but teaching us a bit about the history and lifestyle that forms this young girl into a hero. 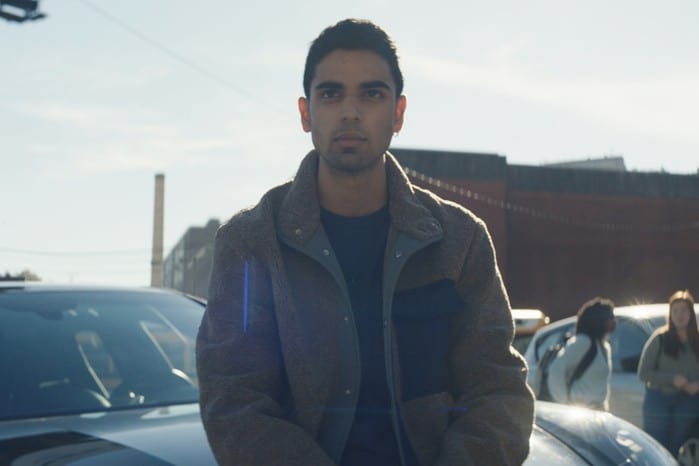 Iman as Kamala continues to impress me.  She does a great job with both the serious scenes and the more comical ones.  Her over confidence at the beginning of the episode, is corny, but done with complete conviction, as is her exuberance after her driving lesson with Kamran. Matt’s Bruno is also very good, his not so subtle disappointment at Kamala’s attraction to Kamran, seems sincere and well presented.  The production value is what you would expect from a Marvel series. 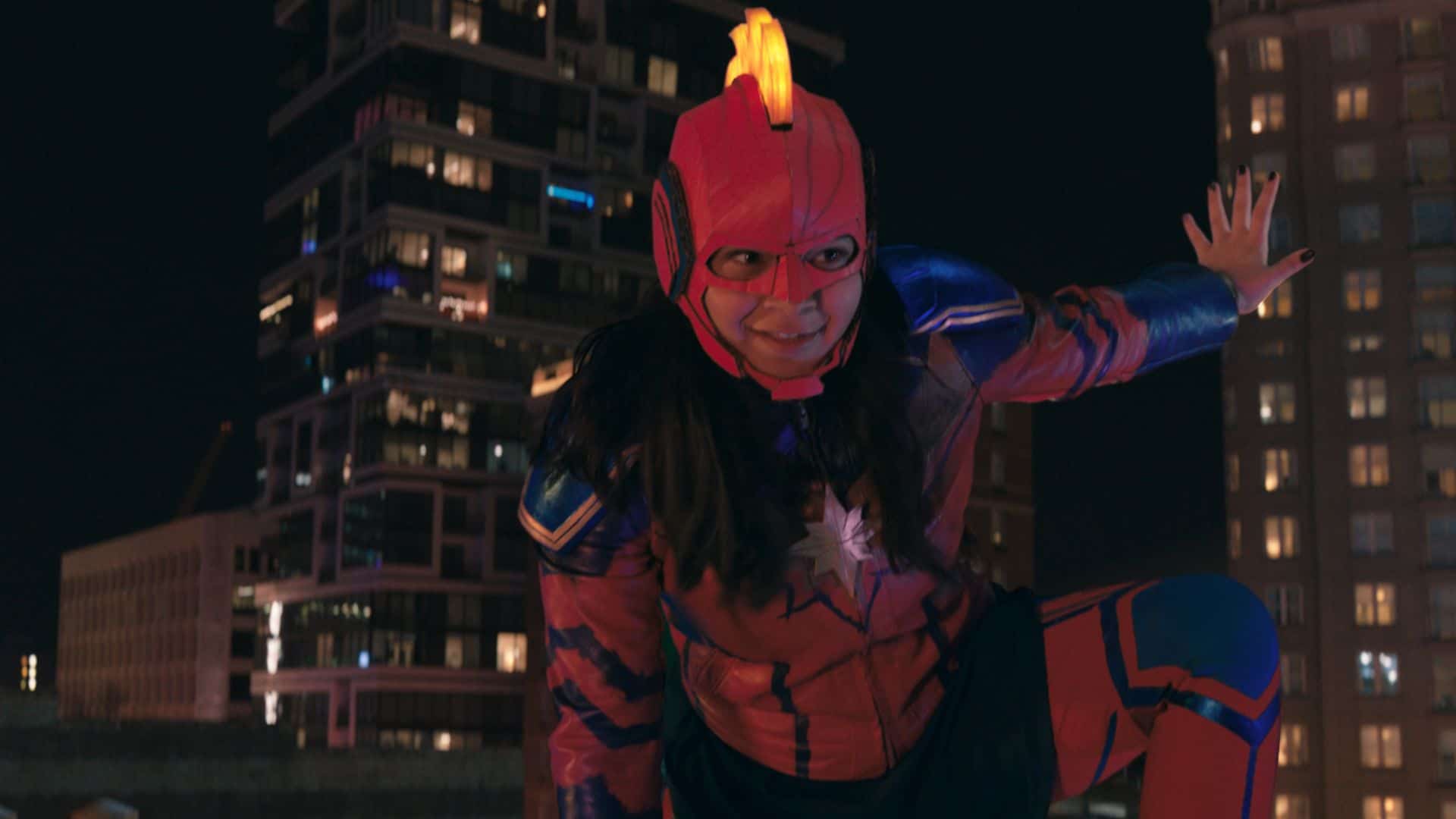 There have been some who have knocked the show, believing that it is written too specifically for a certain audience and if you are not a New Jersey, Pakistani, Muslim then you won’t enjoy this series.  I feel this is a very narrow-minded view and plays to a certain entitlement and discrimination.  Both the main characters heritage and religion do play a huge role in the plot, I found this made it more interesting.  I know little of Pakistani history, and as Kamala’s friend, Nakia (Yasmeen Fletcher), says while leaving a history class, “We spend six weeks on Ancient Rome and Ancient Greece, but six minutes on ancient Persia and Byzantium”.  Most Americans with a basic education know little about middle eastern history, the British rule of the area and the mess they made.  There is quite a bit of talk about the history of Pakistan and the “Partition”, which created one of the largest refugee crises in history, with 10 to 20 million people being displaced and this relates directly to the background of Kamala’s powers.  Not only the history of the area, but the role of women within the Muslim community is also addressed as Nakia decides to run for the Mosque Board to help better the conditions the women are subjected to.  We also get to see a lighter side of the Khan family.  In the first episode, Kamala’s parents seem to be serious devout Muslims, but in the second episode, we see a playful aspect to them, as they discuss Bon Jovi and what song Aamir (Saagar Shaikh) and Tyesha (Travina Springer) will play for their wedding march.  I find that seeing people unlike me represented on screen, gives me more understanding and compassion and hopefully, the more we see characters like this, the more walls are torn down that separate us as humans.  As a gay man, I also remember what it was like to not have valid representation on screen, and I hope this shows positive message allows for broader inclusion and understanding.

I see how some could believe the show is moving a bit too slowly, but I am enjoying the pace and getting to know both the historical relevance and the inner workings of this characters origin story.