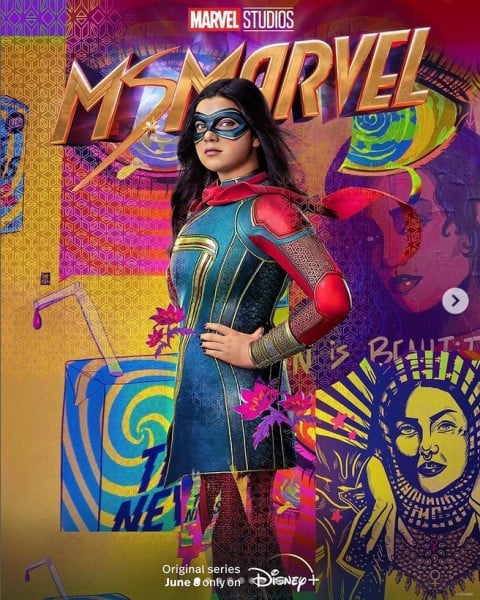 Kamala travel to Karachi with her mother  to see her grandmother and to investigate what the bangle is trying to tell her.

After Kamala (Iman Vellani) ruined her brother’s wedding by pulling the fire alarm to save everyone’s lives, her grandmother insists that her and her mother, Muneeba (Zenobia Shroff) travel to Karachi so that she can speak to Kamala about her visions.  While investigating, she meets Kareem, a member of the vigilante group known as the Red Daggers, who has mistaken her for one of the Clandestine.  Once they realize they are on the same side, Kareem takes Kamala to their secret hideout and begin to train her, but they are interrupted by the Clandestine a chase ensues and, in the end, Kamala is sent into a vision of the night of the Partition, where many Pakistanis are trying to escape via train. Every episode is a bit like a social studies lesson.  Not only is Kamala’s origin story interesting to me, but the cultural and historical references are fascinating as well.  Since most of our vision of Pakistan is the negative images we see on the news, our view of the people and the country is very skewed.  Ms. Marvel shows the audience a different side to this vibrant place.  In Karachi we see teenagers acting like teenagers, beautiful houses, old tenement buildings and vibrant streets full of people, just trying to live their lives, like the rest of the world.

In the third episode, Kamala is given her mask by best friend Bruno.  Episode four sees her getting the blue tunic, a gift from Waleed (Farhan Akhtar) the leader of the Red Daggers. Little by little, Kamala is gathering the elements that will make up her costume, which is a bit symbolic to how she is piecing together who she really is.  The schism in one’s identity is a continuing theme in the show.  Not only is this true for Kamala, who is trying to figure out where she belongs in the world, especially now with her newfound powers.  Sana (Samina Ahmad), Kamala’s grandmother tells her, that even at Sana’s age, she is still trying to figure out who she is. She is Pakistani but her heritage is Indian, and there is a border between those two parts of herself put in place years ago by some old British white man. 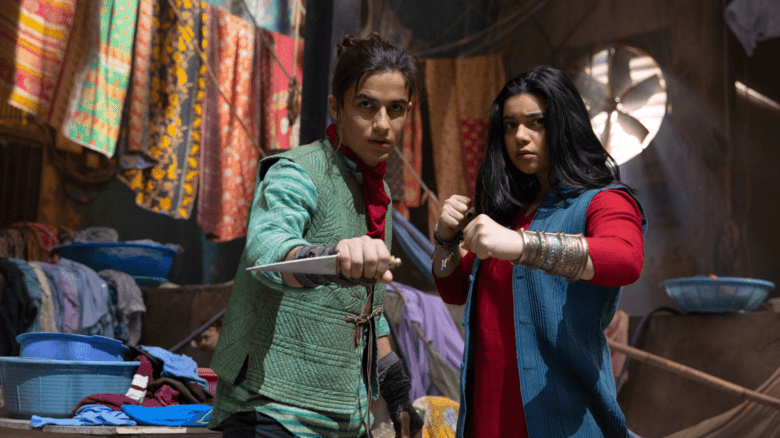 Episode four was a bit more action packed.  There is the initial fight with the Red Dagger, Kareem, and then the chase through the streets of Karachi, culminating in the final fight which triggers the ending vision of the migration during Partition.  Kamala is becoming quite a good fighter, although not as polished as the Clandestine or the Red Daggers, she has been able to hold her own against both foes. In addition to the action, there is also some poignant moments between Kamala and her mother and between Muneeba and Sana.

I am really enjoying this show.  Even with a slightly heavier tone and with the threat to the world escalating, it still has a lighter feel, and I am really digging the historical and cultural references.