Naomi 101: Who Is This New Teenage Superhero? 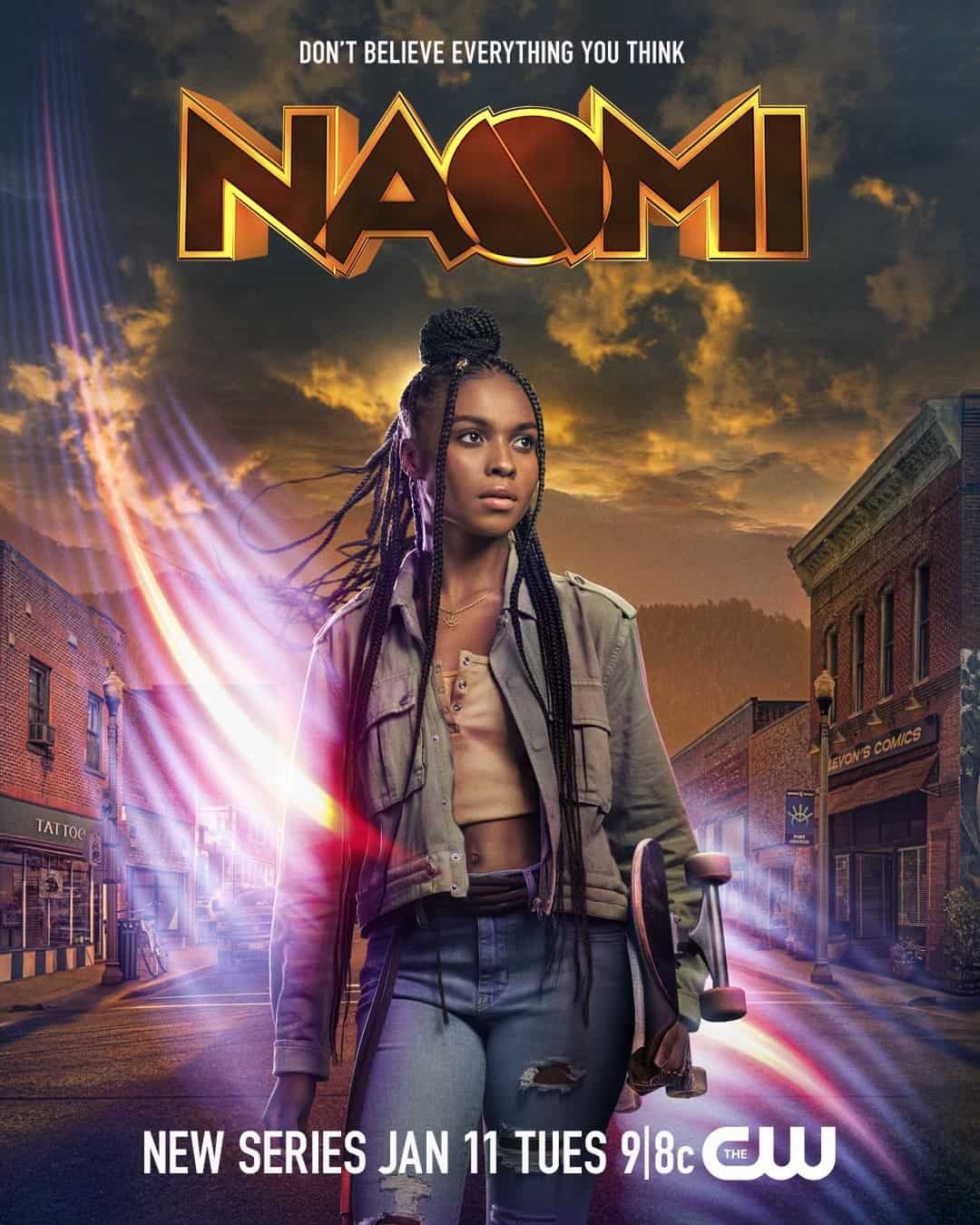 Naomi McDuffie is living her best life as a top student, skateboarder, and Superman-stan, when a "stunt" in the middle of her hometown Port Oswego turns her world upside down.

Have you ever heard of Naomi from DC Comics before? I wouldn’t be surprised if you haven’t. This character is very new, being introduced in DC Comics in 2019, and there have only been six issues of her solo story (as well as appearing in some Young Justice issues). In a time where the DCEU is in disarray and the recent news of Warner Brothers and ViacomCBS are looking to sell the CW, I have to say it’s a bold strategy for Warner Brothers to create a show on a relatively new and unknown character.

And I think this strategy will pay off for them.

Naomi is a Black teenager who is a smart and popular high school student. Everyone is excited to see her at the high school party, she has the #3 Superman fan website in the world, and is one of the top performers on the debate team. She is a fan of Superman because she loves superheroes and like the Man of Steel, she is also adopted. But when a “Superman stunt” takes place in her hometown, she starts to experience some physical changes, such as dizziness and improved eyesight. But as she investigates what happened with the stunt, and what’s been happening to her, she is starting to uncover so much that she didn’t know about the world and herself.

The writing for this episode is a good starting point for the series. They establish Naomi’s character quickly in the first ten minutes of the show, establishing that she’s adopted, has many friends, a loving family, and is very popular, to the point that the writers had a lot of students applaud Naomi for nailing a simple skateboard landing off of a bench. But throughout the episode, we get a good idea of the person of Naomi, the residents of Port Oswego, and we discover with Naomi about the hidden world that she lives in. Although sometimes the details may be a bit fuzzy, I think the episode is written well to establish who Naomi is and what the show will be about. I have a feeling that those details will come in with later episodes.

Overall, you can expect a show that lives in the same continuity as the other DC-based shows, but what I find fascinating about this show is the opportunity for us to see a superhero born in the person of Naomi. We have seen origin stories in other media, but being able to discover someones’ origin at the same time as the character is a really neat perspective to have as a viewer. Because this property is so new for DC, they have a lot of flexibility in the direction they can take without ruffling too many feathers from long-time fans who have a certain expectation on how a character should be portrayed from the comics. So they will have creative freedom to tell a story without the usual backlash that we’ve witnessed with some of the other shows and movies in the DC Universe.

So far, the production value has been living up to the WB standards for the Arrowverse shows. I love some of the visual storytelling they take, by having color contrasts in the show to reflect the two worlds that Naomi is a part of, and adding a blur effect for the audience when Naomi is struggling to see as well. The only major issue I have is that the audio engineering team probably could have done better. Naomi mentioned that she kept hearing a buzzing sound, but as an audience member, I never really experienced that. So hopefully they’ll be able to improve on these sound and visual effects with each passing episode.

By the way, if you are a fan or have read of Naomi in the comics, be ready for the fact that they did make significant changes that stray away from the comics. Nothing that changes the character necessarily, and I think it makes sense given the fact that this is a 13 episode season, but you’ll notice the differences very early and quickly.

Overall, this series promises a fresh new superhero story that I think everyone can get behind and will enjoy. The first episode may not be the most exciting episode, but it is written well as an introduction to a character that many of us have never met before.

Naomi 101: Who Is This New Teenage Superhero?