Night Sky: A Window of Wonder 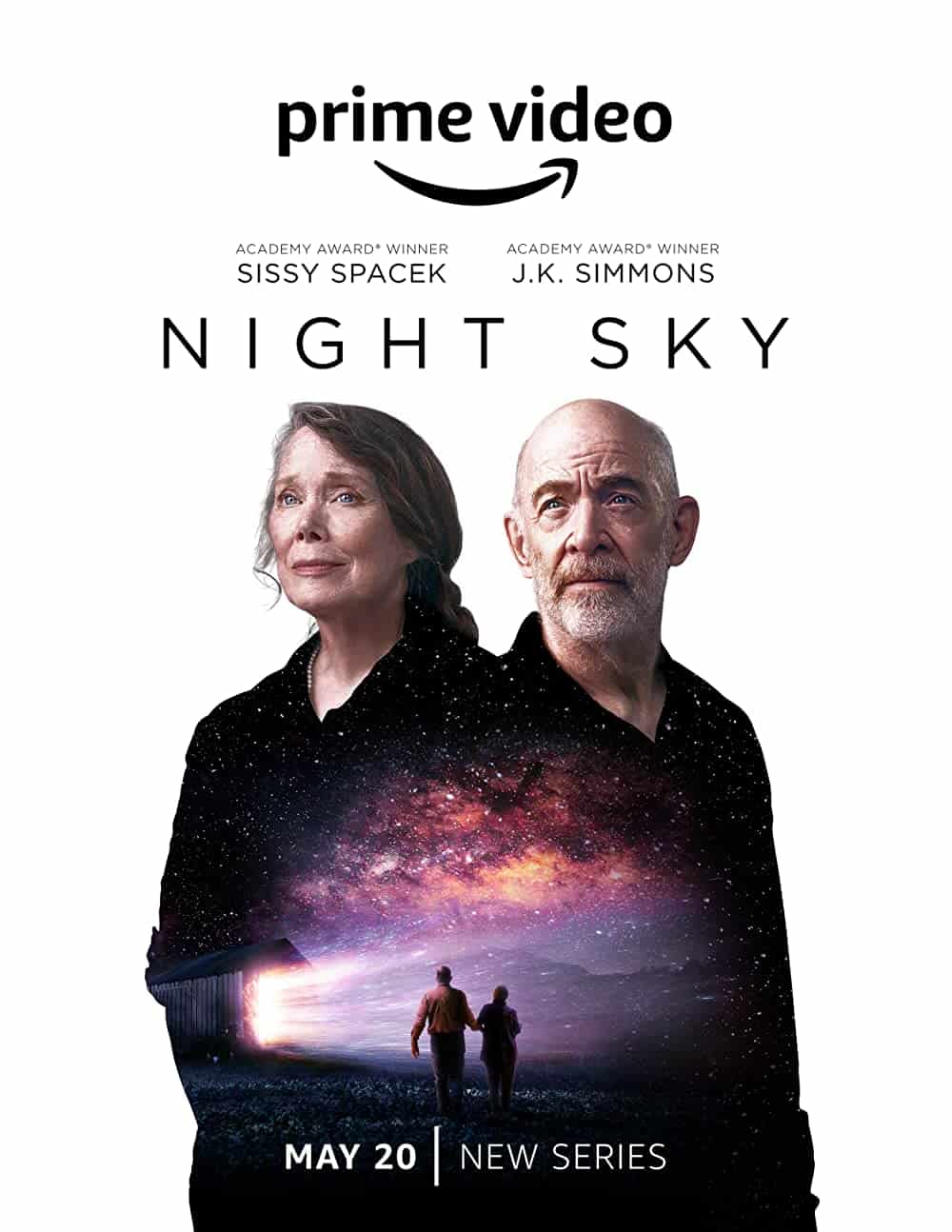 Franklin and Irene York, an elderly couple, discover a portal under their shed in their backyard that leads to another planet.

At first, Night Sky looks like a normal drama about an aging couple dealing with the trials and tribulations of life as they grow older and their bodies begin to break down, but as the first episode progresses, we learn that Franklin (J.K. Simmons) and Irene (Sissy Spacek) have an incredible secret.  Under their shed is a door that leads to a room with a view that is out of this world.  Quite literally, as it looks out onto the landscape of another planet.  They don’t know how or why but they enjoy their mystery room.  Irene and Franklin are still madly in love, but they know the time is quickly approaching when they will be too old to live on their own, and soon they will need to tell someone else about the window.  Meanwhile, in Argentina, Stella and her daughter Toni, deal with the tensions that come with being a single mother raising a teenager, but Stella also has a secret room, and she knows a lot more about it than Frank and Irene.  Throw in a strange young man named Jude, who Irene finds unconscious one evening apparently having come from the door leading out to the far away planet and you have a heartfelt, well written, mysterious fantasy story. 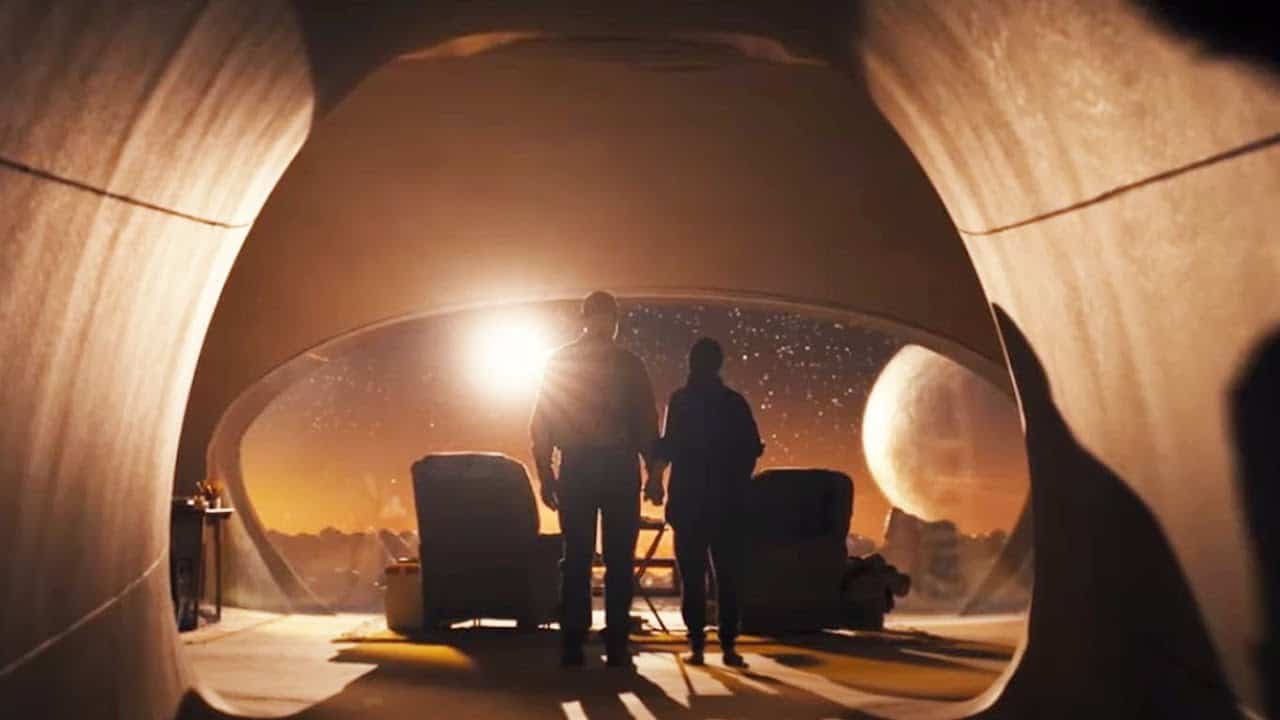 At the writing of this article, I have only had time to watch the first two episodes out of the eight that were released by Amazon Prime, but I am hooked.  Sissy Spacek and J.K. Simmons are both so believable as a couple who are so madly in love, but who are dealing with all the things that life throws at you.  In fact, they are so believable that some people of a certain age, may find it a bit uncomfortable to watch as it hits far too close to home.  Memory loss, depression, falls, sickness and death of loved ones are all issues that face the couple, but their love is constant and the tender moments between the two is so very touching.  Every look, every smile, every frown and laugh emits of two people who share a single soul.  The rest of the cast is also stellar. 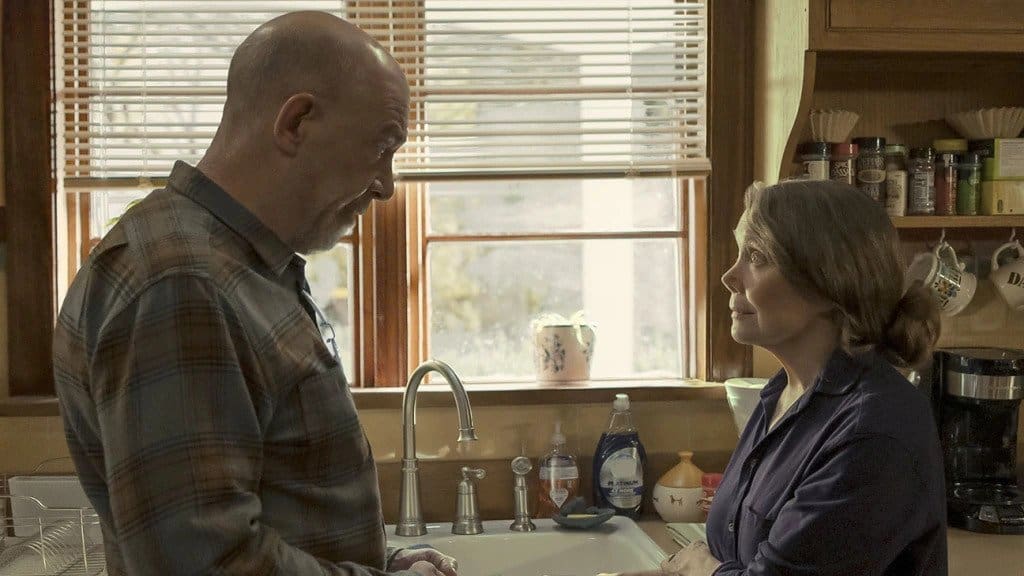 The production value is high with beautiful imagery, especially of the “Night Sky” through their window. The little bit of special effects needed are subtle and believable. The writing is realistic but still had a kind of poetry to it.  The story flows well and mainly had a good rhythm, but the jump to Argentina early in the second episode was a bit jarring and unexpected, since they had done a couple flashback scenes, I wasn’t certain at first if this was a flashback or a current event.  The plot is intriguing with plenty of mystery to be explored and expanded.

Overall, I really enjoyed this show.  There is plenty of mystery to keep it intriguing and the two leads are both very likeable.

Night Sky: A Window of Wonder