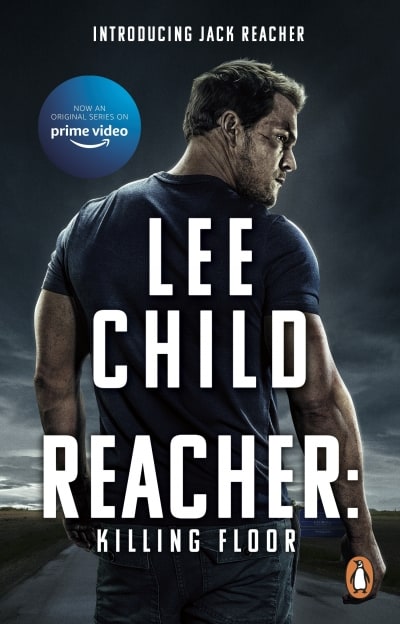 A hardboiled retired military investigator gets pulled into a string of murders in a small Georgia town.

I am not ashamed to admit that I cried when Hawk was killed on the Titans television series.  The character was one of my favorites on the show, and I was disappointed that I wouldn’t be getting much more of Hawk.  The actor, Alan Ritchson was no stranger to playing a superhero, having played Aquaman (Arthur Curry) on Smallville, the first time the character was portrayed in DC sanctioned live action media. Now the actor has moved on to a different type of hero, although nearly just as brutal as Hawk.  He has taken up the mantel of Jack Reacher in the Amazon series Reacher.  An Army veteran and self-proclaimed hobo, who finds himself in sticky situations as he travels the U.S. during his retirement as an investigator for the military police.  The production is based on Killing Floor, the first book in the Jack Reacher series by Lee Child.  Written in 1997, the character was also portrayed by Tom Cruise in two major motion pictures.  The casting of Cruise was controversial to fans of the novels, as Reacher is supposed to be six-foot-five, and Tom is only five-foot-seven.  Child, who worked with Cruise on the two movies, later agreed that it was a mistake, because the size of the character is an important part of what shaped him and who the character is at heart.  Ritchson, who is six-foot-two, is a much better fit. 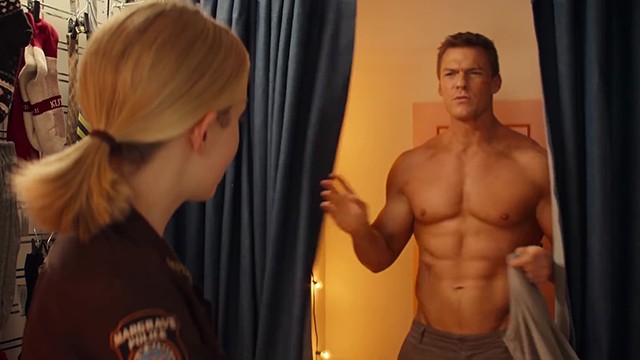 The first two episodes of the series really pull you in.  Just after midnight in Margrave, Georgia, two unidentified men are shot and killed. Later that morning, Jack Reacher gets off a greyhound bus and heads into town.  Before he has a chance to eat the piece of peach pie he just ordered, he is arrested for the murder.  When another man falsely confesses to the crime, both men are sent to the county jail until they can be arraigned, where they are mistakenly (but on purpose) put into the much more dangerous, “gen pop” section.   Reacher fends off several attacks and protects the other man, Paul Hubble (Marc Bendavid), who is somehow involved with the murders, even if he didn’t pull the trigger.  He confesses that he is being forced by his employer to do something illegal or they will kill him and his family. After both men are cleared of the murder charges, Reacher finds that he had a close connection to one of the murder victims and vows to find everyone involved and kill every last one of them.  The only two people he figures he can trust is Officer Rosco Conklin (Willa Fitzgerald) and Chief Detective Oscar Finlay (Malcom Goodwin).  The trio work together to find the truth and solve the murders. 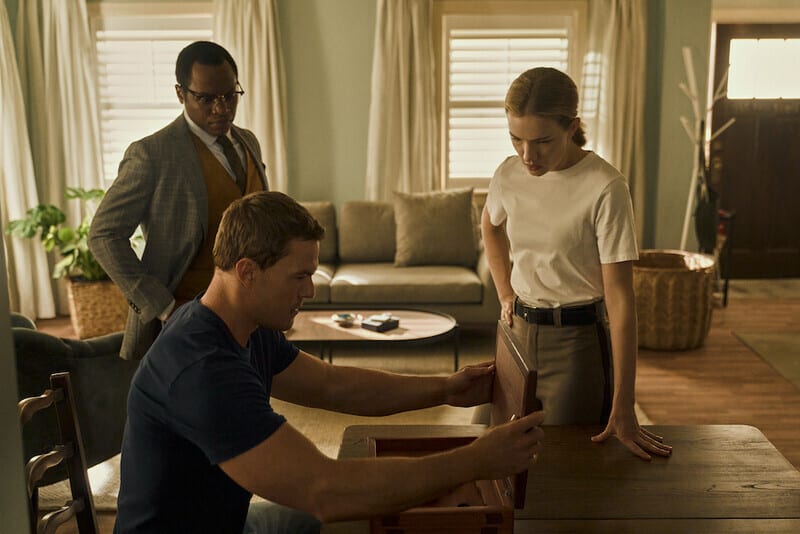 There isn’t much to talk about with production value, as there are no real special effects, and the direction and camera work are what you would expect from a hard-boiled cop murder mystery show.  Reacher likes music (which is funny since Alan Ritchson, a singer himself, got his start on American Idol), specifically jazz, and so jazz music is prominent through out the production, and it works for this show.  The fight scenes are well choreographed, and the action is all very exciting.  The plot and story are intriguing, and the script is well written with a good combination of humor, drama, and action. But the real thing that make this show stand out from other shows like it is the performances.  Willa Fitzgerald plays a tough, no-nonsense cop, who is smart and attentive and isn’t afraid to stand up to her boss or Reacher, who physically towers over her.  Malcolm Goodwin plays Finlay, a Harvard educated, tweed suit wearing, police detective.  He is smart, nervous and a little intimidated by Reacher, but doesn’t let that stop him.  He knows that Reacher can help him, but he has a chip on his shoulder and is conflicted at first between asking for help and establishing dominance.  Both these actors have great chemistry with Ritchson’s Reacher.  The sexual tension between Roscoe and Jack is palpable, and their witty banter is expertly delivered.  Alan exudes a type of charm, and even though he is imposing, he also has a cute puppy dog type of vibe.  If that puppy dog could kill you with a single blow.  It also doesn’t hurt that Mr. Ritchson is stunningly gorgeous.  Reacher is a type of modern-day Sherlock Holmes, if Holmes had ripped abs and biceps bigger than most people’s legs.  He observes and quickly comprehends everything around him and is hardly ever wrong.  Ritchson plays this with subtle and not so subtle looks and gestures.  He is a stoic and silent man, who only talks when he has something to say.  This series easily hooked me, and I can’t wait to finish it.

This is a fun and intriguing series with a great cast and lots of action.