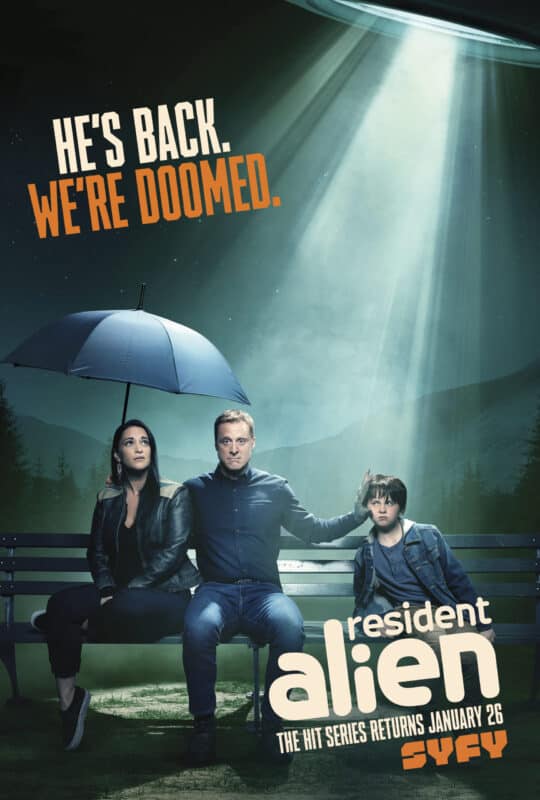 Our favorite Alien, Harry, begrudgingly returns to Earth, but with the loss of his memories as a human, it is up to Asta and Max to find and help him.

Alan Tudyk returns with season two of the popular television series, Resident Alien, based on a comic book of the same name.  Alan plays Harry Vanderspeigle, or at least a copy of Harry Vanderspeigle.  After crash landing on Earth, which delays his mission of wiping out the whole human race, he kills the real Harry and assumes his form and identity.  Harry learns what it means to be human by watching television, but when he is asked to step in for the town doctor who has been murdered, he starts to learn just how much he doesn’t know about the human race. The longer he stays, the more human he becomes, and the more he realizes just how special earthlings are.  Max (Judah Prehn), son of the mayor is the only one who can see Harry in his true form, but no one believes him. By the end of the first season, Harry and Max have come to an understanding and Asta (Sara Tomko) Harry’s best friend, has also figured it out and convinces Harry to not complete his mission. On his way back to his home planet he discovers Max hiding from the government agents who have been tracking Harry, on his ship, and must return to Earth. 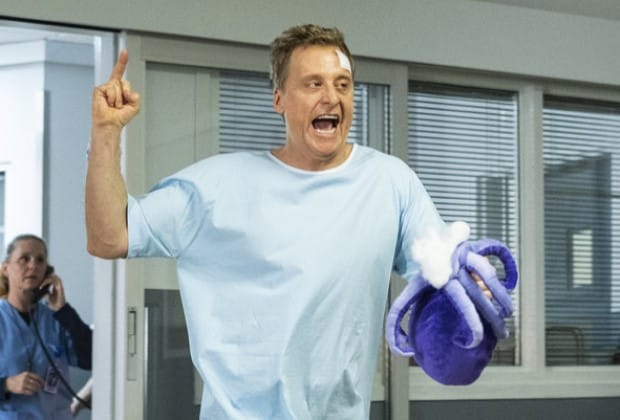 Season two finds Harry in the hospital with a head injury and no memory of his life as Harry. First telling everyone he is an Alien sent to destroy the planet, but then, as his memories begin to return, he believes he is a character from Law and Order, his favorite television series. Max has returned home and Asta is searching for the lost Harry. Once reunited, Asta attempts to help Harry regain his memories, while Max guards Harry’s cloaked spaceship, which has been damaged when it crashed on the return to Earth. 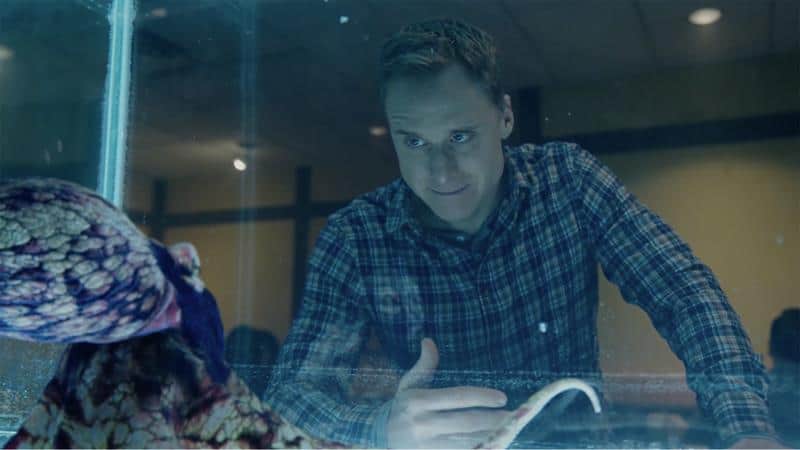 I had high hopes for the second season of the show.  The first season was fresh and clever. The writing was witty and the story interesting, and it had a kind of magic you don’t find in many shows these days.  A rare combination of heart and humor.  So, the bar was set pretty high, and my expectations may have been set a bit too lofty. Unfortunately, there was nothing new about the first episode of season two and it felt just a bit off.  It is hard to put my finger on just what didn’t work, but the episode left me feeling empty and disappointed.  There were some light chuckles and some tender moments which were nice, and, as always, Alan Tudyk is amazing to watch, but the writing was a bit sophomoric and lacked the magic that the first season brought. It was still entertaining, and it will be interesting to see how the show progresses.  Was this just an anomaly or has the show lost its sparkle, edge and charm. Watch and decide for yourself.

I chuckled a little and it kept my interest, but it was missing the magic and charm of the first season.