REVIEW: Marvel’s Runaways Season 1 – Marvel Not Only Dominates the Film Industry, but also the Television Inside Your Home! 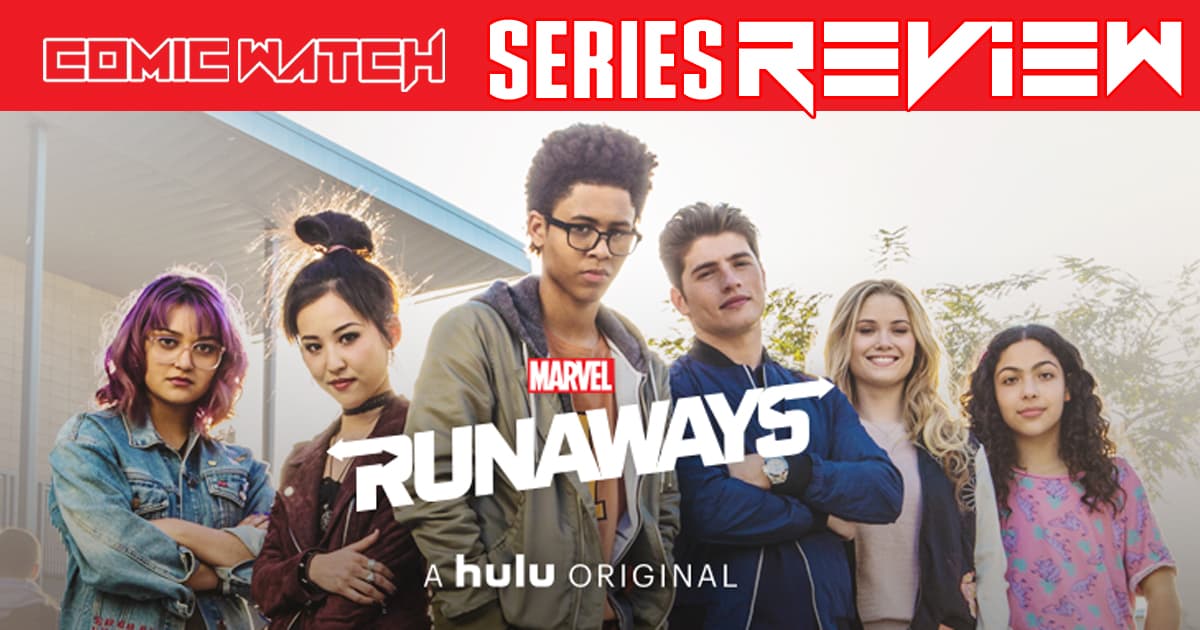 Six Teenagers and one dinosaur go up against the worst, most vile, evil, vicious, untrustworthy villains of all time, their parents!

If you have not had the time in your busy schedules to watch Marvel’s Runaways, that probably already consists of about a half a dozen other Marvel TV programs, I suggest you make room. After the success of Marvel / Netflix collaborations, Daredevil / Luke Cage, and then the launch of Legion, audiences realized that the Silver Screen was not the only place to see incredible Marvel comics brought to life. Marvel’s Runaways just gave fans another reason to put faith into comics as the gateway to amazing, fantastic, incredible, invincible, and marvelous storytelling.

Marvel’s Runaways is based on the superhero comic book series that was created by Brian K. Vaughn and Adrian Alphona. Vaughn (Y the last man) and Alphona (Uncanny X-force) is not a team that collaborates and you don’t check it out, Runaways debuted in July of 2003 in comic form. Hulu adapted it into a radical new series that aired on November 21 st and had its season finally, “Hostile”, on January 9th, 2018. The series is produced by ABC Signature Studios, Marvel Television, and Fake Empire Productions, Josh Swartz and Stephanie Savage serving as the programs frontrunners.

Marvel’s Runaways consists of a rowdy crew of six teenagers, do not let the term teenager turn you off, who come from all different backgrounds and have one common enemy, their parents! Described as a “Teen Drama” Marvel’s Runaways works more as an escape into the minds of the younger, more responsible, people who help make up Marvels exhilarating universe. Drama, as in “Oh, no! Timmy didn’t ask me to prom”, does not exist nor does it have a spot in this program.  Sure, as every television show comes along there is going to be romance, action, and edge of your seat thrills, and Marvel’s Runaways offers all that, but not in the teenage mind frame you were thinking when you decided to watch Marvel’s Agents of Shield first.

The parents of they exceptionally young gifted guys and gals are part of a secret organization called “The Pride”, a secret criminal organization consisting of mob bosses, scientists, mathematicians, time travelers, and a couple who genetically created a dinosaur. Oh, you did not read that wrong, there is a dinosaur in this show and it is done to perfection. The kids, who are now teenagers, discover their parent’s huge secret as they stumble across them in a Pride meeting. The Runaways watched as their parent’s sacrificed a young street girl, coincidently named Destiny, for the greater good of The Pride organization, whereas the six shocked teenagers look at as murder. The kids then band together to create a supergroup that consists of Alex Wilder(the teams leader), Nico (A witch in training), Karolina(discovers she is of alien origins), Gertrude(A telepath who can link to the dinosaur), Chase(The jock who uses Fistigons to shoot lasers), and Molly(The incredible Hul… Teenager who is not green), together they’re The Runaways!

Without spoiling anything for fans of this particular title or new fans interested in getting deep into some serious Marvel antics, Marvel’s Runaways is definitely the program to be watching.

Only a 10 episode run with a lot of content to cover, there is never a dull moment. From the first episode “Reunion”(Directed by Brett Morgen and Written by Josh Schwartz & Stephanie Savage) where you find out how the group was earlier distanced from each other after the unsuspecting suicide of Nico’s sister, Amy, we’re put into the mix just at the right point. Two years after the first initial split of the group, Alex brings them back together to rekindle the bond they once had. With all their parents being in Pride they grew up together, they love each other, and now they must fight together just to stay alive. Thanks, Alex.

Marvel’s Runaways is full of surprises and tricks that keep you wanting more and more. Also, every cliff-hanger that makes you anticipate the next episode actually feels like you fell off the cliff. Your heart is pounding, your palms are sweaty, and for a second you’re the seventh member of The Runaways. No show has ever ended every episode on such a high note than The Runaways. Which is why, if you are reading this review and this is the first time you have seen this title, you are lucky to get the chance to watch it back to back.

Throughout the series the audience not only is invested into the teenage anger of our present generation, which is basically made up of witty remarks, we find ourselves curious of who The Pride is and who is their leader. Until episode 5 “Kingdom” where the audience then gets a sense of who Jonah is and what he means to Pride. Jonah played by the mysterious yet dashing Julian McMahon (known to many as Dr.Doom from 2005’s Fantastic Four) is a man, or monster, reborn to lead the new world into its second coming. But, as long as The Runaways, who have not yet run away, are around, they’re going to make it a little bit harder for this god-like being to complete his plan.  The parents, who aid Jonah on his journey are accomplices and do many horrific acts in his name, but you end up getting the sense that not even they could’ve have predicted how much further Jonah planned on going. 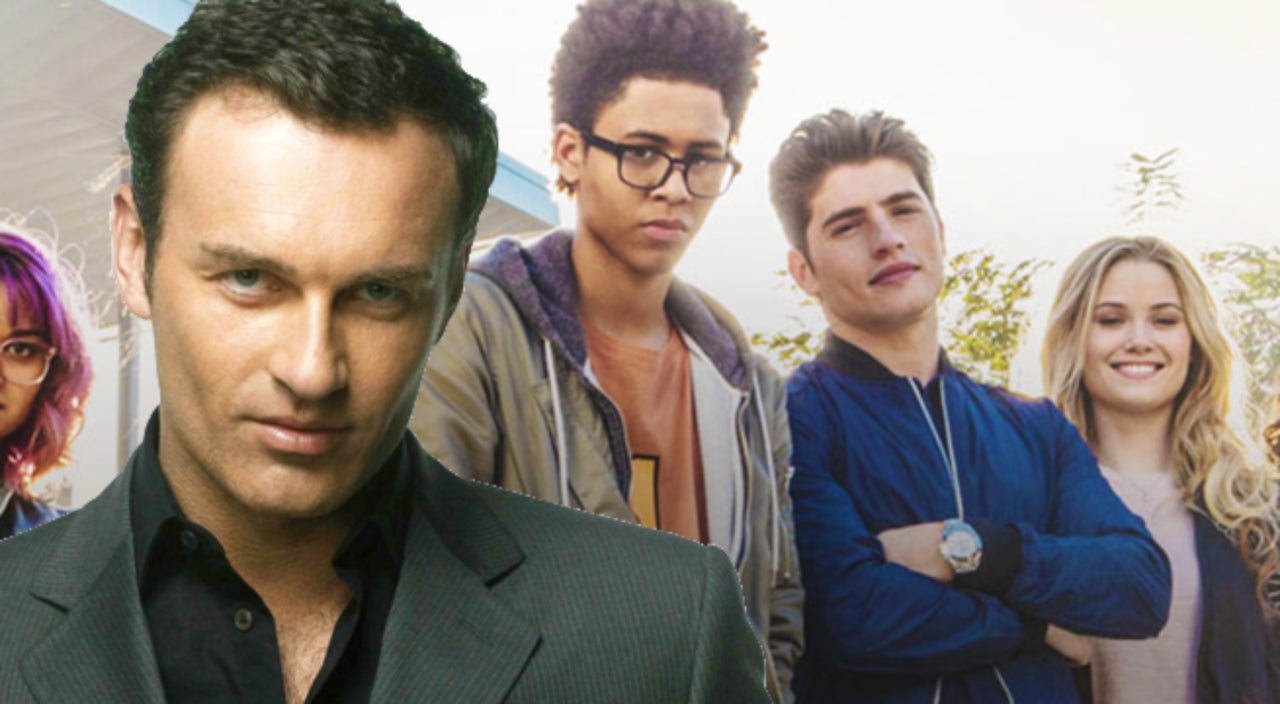 With all parties equally involved and equally confused, Marvel’s Runaways is one show you do not want to miss out on. The story alone is hypnotic, the characters are perfectly cast, and the tone is set as Marvel gives you a glimpse of what your ‘everyday regular’ programming is about to become.

Final Thought:
Marvel’s Runaways digs its sharp raptor claws into Marvel televisions world the same way Winter Soldier did for the MCU. No one was aware it could be this good. For as long as Marvel has been trying to get The Runaways off of the ground, it could not have come at a better time and speaks volumes about other amazing stories going on in Marvel that do not involve armor or tights – and even more so that Marvel does not only put the dollars and quality into their movies. The show’s production is executed to perfection, the casting is superb, and the thrills and twists don’t stop.

To end this review, not recap, if you have seen the show then you know. There is just too much going on and by reviewing it would spoil it completely for new fans. To end this review in one word is simple if you have not seen it get up and get to your TV, computers, streaming device, but don’t walk….Run!

Marvel’s Runaways will return and this time they have 13 episodes to dazzle us with!