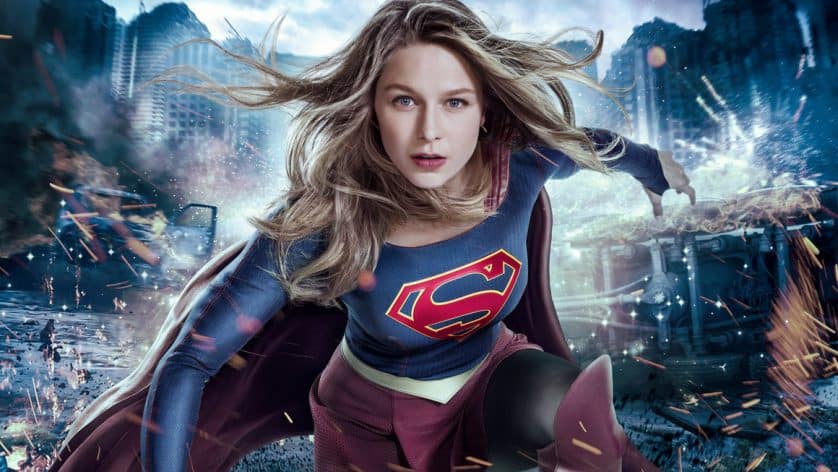 Lena Luthor questions who she really is, while Sam tries to figure out who she becomes during her blackout spells.

Financial cut throat Morgan Edge swore revenge on Lena Luthor when she attempted to reveal to the world his illegal activities. Since then, Lena is just waiting for the other shoe to drop.

Samantha Arias has no idea that she has a hidden persona within her: the evil Kryptonian war monger Reign. Unsure of what happens to her during her blackouts, Sam finally confides her hidden mystery to one of her friends, Supergirl’s adoptive sister Alex Danvers.

Supergirl and her DEO team discover that there isn’t just one evil Kryptonian they must worry about, but that more alien sleeper agents will soon come to Reign’s aide.

Kara, aka Supergirl, begins to have nightmares of Reign destroying the Earth. Alongside her are two fellow super beings with similar costumes and powers. Shaken, Kara goes into the DEO for any news on Reign. J’onn and Winn deduce that due to their prior battles with Reign that she must be a modified Kryptonian, with a much stronger resistance to normal Kryptonian weaknesses.

A nervous Sam and Alex go to the L Corp building after hours so that they can run tests on Sam in private and without any interruptions. Determined to find out if Sam’s blackouts are biological in nature, Alex runs Sam through an MRI brain scanner. When the scans come back normal, Alex draws blood from Sam so that further experts can examine the MRI results and blood. When the needle goes in, it does not break. Somehow Sam is able to suppress the Kryptonian DNA while in her Sam persona. Sam admits to Alex that she’s been lying to her boss Lena about where she’s been during the blackouts. Alex reiterates that she understands but that instead of taking things on by herself that she needs to rely on her friends to help her from now on.

While walking through the city to a breakfast date together, Lena Luthor and James Olsen run into Morgan Edge. The parties exchange several sarcastic barbs at each other before Edge gets into his car and drives off. During his drive, he notices that his breaks aren’t working. He manages to escape from the vehicle just before it crashes through a sea wall and falls down into the water. Thinking that it was Lena who tried to kill him, Edge goes to Cat Co. to accuse her of the murder attempt. Lena and the Cat Co. staff insist that Lena had nothing to do with it. Edge doesn’t believe them and swears revenge before leaving.

After some investigating, Kara learns that Edge’s car hadn’t been tampered with. Confused, Lena takes a drink from her coffee and immediately begins to foam at the mouth. Falling down unconscious, Kara and James rush to her side. 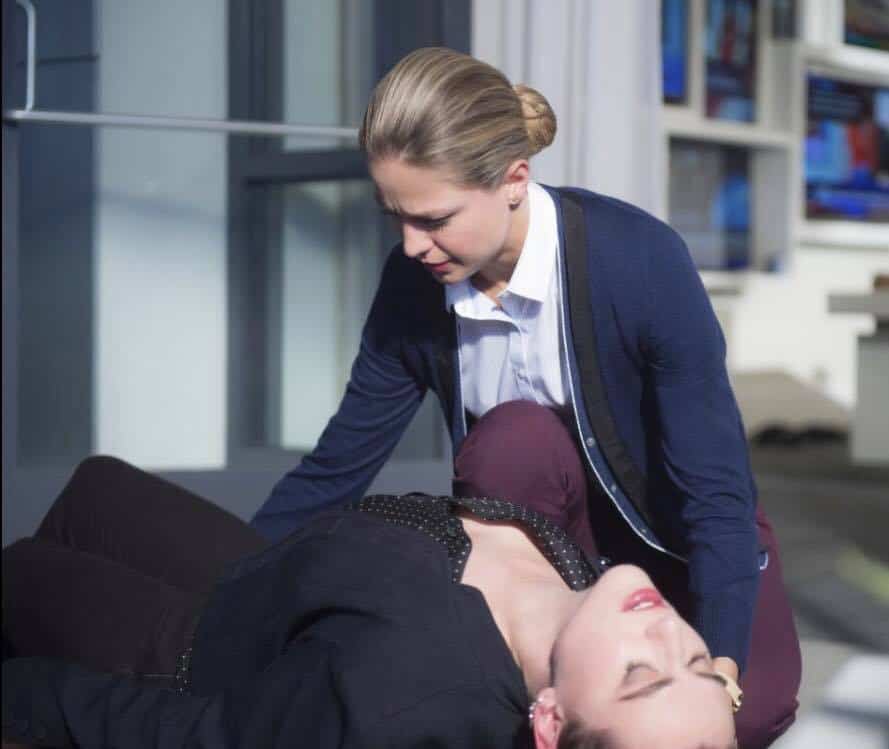 Kara flies Lena to the DEO for treatment while James rushes to the coffee vendor downstairs to find out who poisoned Lena. When he gets there, he sees a suspicious man start to run from the area. James chases after him, but the man is shot dead from an unknown person once James is finally able to capture him.

At the DEO, Alex is able to deduce that Lena has been poisoned with cyanide. They are able to provide her with an antidote in time due to Supergirl’s fast action. Before Lena comes to, Kara flies Lena back to Cat Co. and explains to her that they were able to get paramedics to her in time to save her.

Thinking that Edge was behind Lena’s poisoning, James ambushes Edge on a rooftop while dressed as his hero persona, Guardian. 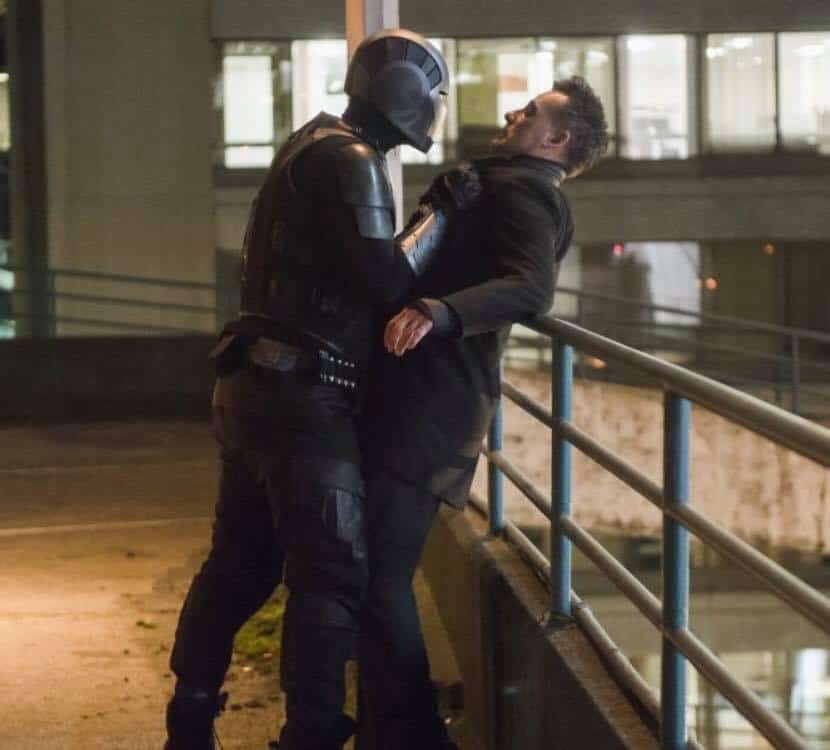 Despite dangling Edge over the side of the building, Edge denies that he had anything to do with Lena’s poisoning. Seeing that he won’t get a confession out of Edge, Guardian releases him, but not before telling him that if anything happens to Lena that he will kill Edge outright.

When Lena learns that the bullet used to kill her assassin was a dissolving bullet, something clicks in her head. She goes to her old L Corp. office and finds a file on a prototype for a dissolving bullet. Seeing that the company who manufactured the bullet is Thunder Corp., Lena goes to the Thunder Corp. property to learn more. When she gets there she discovers her mother, Lillian Luthor, who is now an escaped convict. Lillian admits to trying to kill Edge, but only because he threatened to kill Lena. Lillian tries to convince Lena to give in to her Luthor side, not only in defeating Edge but in everyday life. Lena explains that she can be cunning, but that she isn’t a killer. Lillian tells Lena that she plans to kill Edge that night and to not stand in her way.

Back at Cat Co., Sam and Alex arrive and tell Lena and Kara about Sam’s blackouts. Sam breaks down, telling them that more than anything, she is afraid of what could happen to her daughter Ruby if things get worse. Concerned, Lena and Kara console Sam, telling her that they are friends and that they’ll see her through this together. Once Sam and Alex leave, Lena admits to Kara that she previously tried to kill Edge just after his last smear campaign. (see season 3 episode “Damages”) Kara tells Lena that she was unsuccessful in going through with it because deep down she is a good person, and a Luthor in name only. Lena submits to her point and further reveals that she ran into her mother Lillian and that she’s the one who’s trying to kill Edge. She explains to Kara that Lillian plans to kill Edge that night.

Discovering that Edge is attending a benefit gala that evening, Kara and Lena go to the event dressed as guests. Lena manages to make her way over to Edge and explains that her mother Lillian was behind the murder hits and that she will try to kill him again tonight. Lena tells him that she will try to put a stop to the hit, but only if he admits to his past illegal actions and attempts at killing Lena on a voice recorder. Edge laughs at her and is then immediately shot at by an air drone. Everyone ducks for cover as Lena again shouts her conditions to Edge. Submitting, Edge admits to his past deeds, which is recorded. Having what she wants, Lena takes off the event badge from Edge’s neck and tosses it into the air. The air drone shoots at it and destroys it before flying off.

Angered, Lillian Luthor appears, demanding that Lena explain why she just saved Edge. Lena explains again that she is cunning, but not a killer. Unhappy with her answer, Lillian activates a robotic exo-suit that begins to surround her body. It is very similar to the purple and green Lexo-Suit that Lex Luthor wore in past battles against Superman. 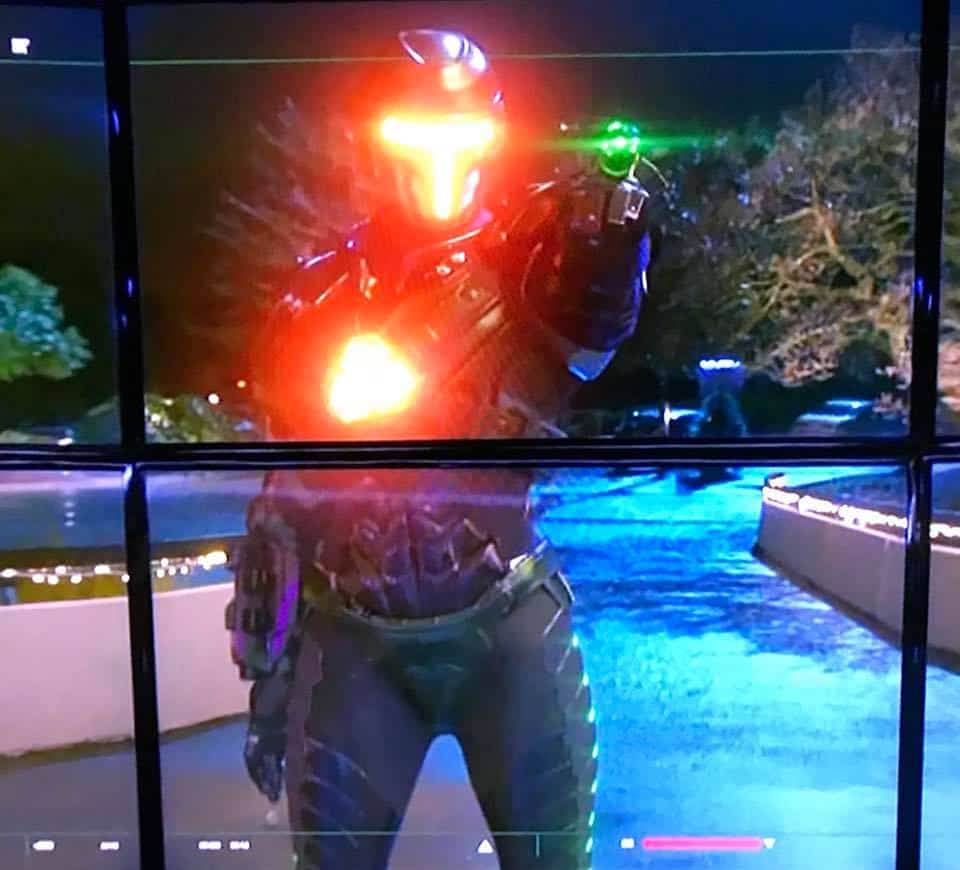 As Supergirl appears to stand as a buffer between Lillian and Edge, back at the DEO, Mon-El instructs Winn to take control of the air drones and to use them against Lillian. Mon-El then flies to the gala to help Supergirl battle Lillian. During the battle, Lena drops the recording device. Seeing his window of opportunity, Edge grabs the recorder and makes for an escape. Just before he can leave though, he runs into Guardian. Guardian tells Edge that he would be back, then knocks Edge to the ground. Lena appears and takes back the recorder just before kicking Edge in the face, knocking him unconscious. After Supergirl and Mon-El are able to defeat Lillian, she and Edge are taken into custody.

Later, Sam and her friends are confused when the further test results come back as normal. Standing by her, Kara tells her that they will get to the bottom of what is happening together. Back at the DEO, Winn is able to cross-reference news articles in which seemingly normal humans are in terrible accidents but somehow remain unharmed. After crossing off known aliens and meta-humans from the list, he narrows it down to four persons. Recognizing one of the women on the screen as one of Reign’s lackeys in her nightmares,  Kara says that they need to focus their attention on her.

What Does This Mean for the Future?

Supergirl and team are narrowing down the list of potential Kryptonian sleeper agents. It’s only a matter of time before they are all united and a full-out brawl takes place.

Lena is also becoming more aware of her strengths, and not just her weaknesses. One area of strength she’s learned of are her strong group of friends and her new relationship with James.

Final Thought: Okay, how big of a geek-out moment was that to have Lillian Luthor show up in Lex’s old Lexo-Suit?! Kick-ass! 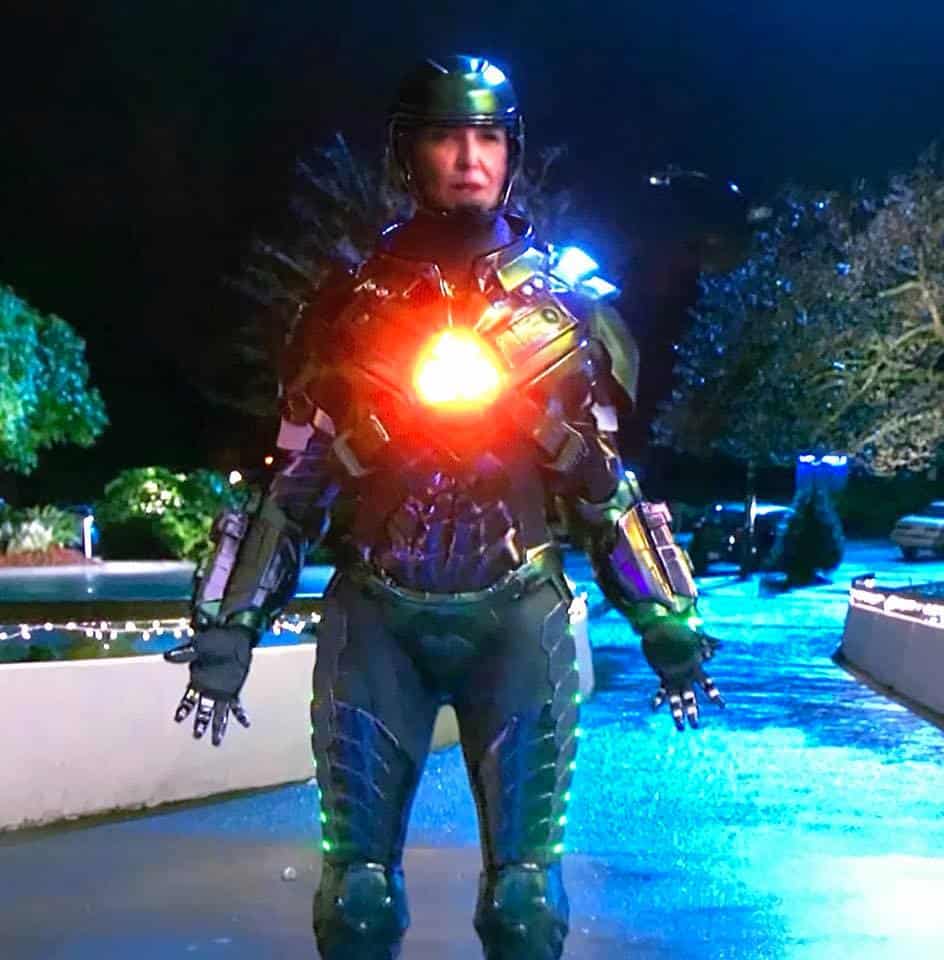 It shows that the people bringing us the Supergirl TV series aren’t just paying attention to these character’s comic book histories, but that they are also on the pulse of what fans want and will get hyped up over. Score!

While previously stand-offish from interacting with Supergirl, Mon-El is starting to come around to being the friend and ally he used to be before being sent to the future. Honestly, this is a bit messed up on so many levels. Although Mon-El and the rest of the Legion team are stuck in Supergirl’s current time, knowing what they had together makes things so emotionally disturbing for everyone involved: Supergirl, knowing that she can no longer have the man she loves because he’s now married to another person; Mon-El because he’s conflicted between his love of Supergirl and his love of his wife Saturn Girl; and Saturn Girl, knowing that she’s now face-to-face with her husband’s love of his life. Add to that, having fellow Legion member Brainiac 5 making doe eyes at Mon-El’s ex, and things start to become just weird.

All too often side characters are usually used as filler roles and aren’t too overly fleshed out as complete characters. I’m REALLY glad to see that Lena Luthor is no longer stationary in this oft-used limbo. Her motivations as a character are totally there, and I’m loving every minute of it. It’s also nice to see her with James, who is a bit of a silent character as well. While Supergirl should always be the central character in the series, I applaud the writers for creating a team of characters that surround her that continually progress to be fully formed persons themselves.