She-Hulk: Battle of the Sexes 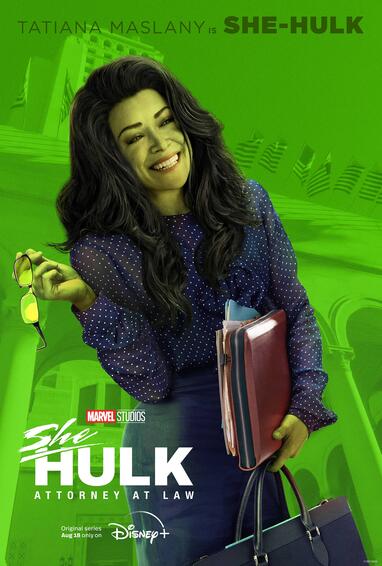 After an accident causes her to become a supersized green She-Hulk, Jennifer Walters must learn how to balance a life as a lawyer and a superhero.

Jennifer Walters (Tatiana Maslany)is a New York lawyer and cousin to the original Hulk, Bruce Banner (Mark Ruffalo), who gains her cousin’s green tint and superstrength in an accident when her blood is contaminated by Bruce’s. After a few “Hulk Outs”, Jennifer wakes up in Bruce’s secret Mexico laboratory Tony Stark built him during the “Blip”. The first episode of the new Disney+ series, the last in Marvel’s “Phase IV” schedule (the last film will be Black Panther: Wakanda Forever, which comes out in November), mainly focuses on Bruce teaching Jennifer how to control her powers.  Two things set her apart from her cousin, she retains her full self even in hulk form, and she already knows how to control her rage.  This creates some competition between the cousins, but you get the feeling that they have been competing like this since childhood.  Near the end of the episode, Jennifer is forced to expose her new powers in public when Titania (Jameela Jamil) breaks through the walls of the courtroom Jennifer was in. 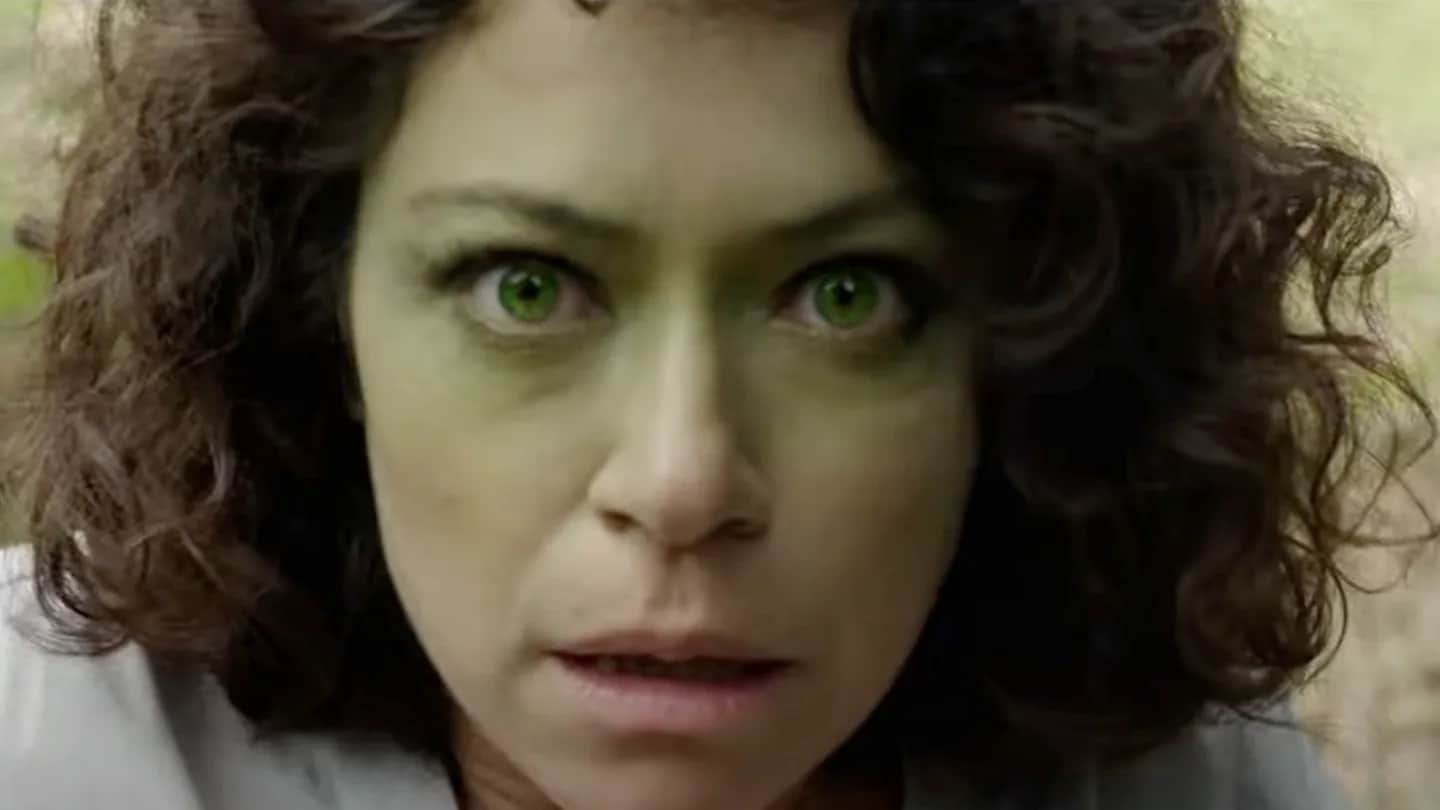 The series is more comical than some of the other shows Marvel has given us, and in the same vein as Deadpool, She-Hulk breaks the fourth wall convention and talks directly to the audience.  This will be a fun addition to storytelling if it continues throughout the series, giving us insight into the main characters thoughts while adding some levity. The title of the premier episode, “A Normal Amount of Rage”, accurately describes the characters reactions to suddenly having superpowers, just when her life was going really well.  It also identifies why Jennifer has an easier time transitioning between her two forms. As she explains to Bruce, just being a woman means controlling her rage every day.  Every time she is cat-called or “mansplained” to, she must control her rage.  Being a woman, means dealing with a “Normal Amount of Rage” on a daily basis. The writing is smart and witty, with the familial banter between Ruffalo and Maslany feeling natural as if they have been having these conversations for years.  The acting is top notch with Tatiana confidently carrying the show. 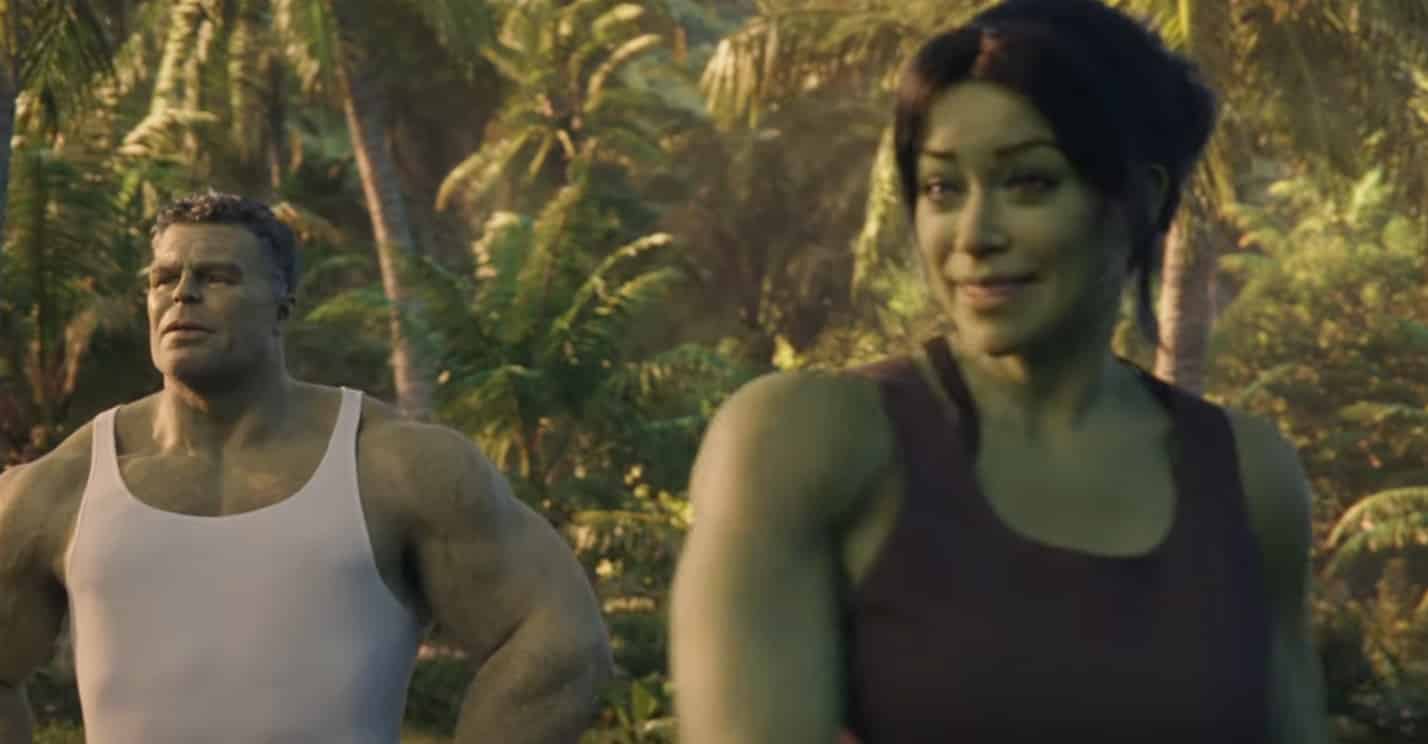 The one aspect I didn’t think was done as well as it could have been, is the origin of her powers.  In the original comic book, Jennifer was shot by gangsters working for Trask while her cousin is visiting her.  Being the only person with her blood type available, Bruce performs a lifesaving blood transfusion, which is what causes her new transformation.  In the series, it is an accident that causes their blood to be mixed, no gangsters, and no transfusions were involved.  Not only does this change her origin, which I am not always opposed to, the scene just felt rushed, and the cause of the accident is just brushed aside. I didn’t see the necessity of the change. The original origin would have fit in nicely to the story and would have barely changed the rest of the episode.  Although, an argument could be made, that a shooting is much darker than an accident, and the series is more of a comedy than a drama, so the change was warranted, I am just not sure that both couldn’t exist in this production.

Overall I really liked the first episode of the series and am excited to see where this goes.  With seeing what Marvel characters will be making appearances in the future I am very curious as to how this will all play out!

She-Hulk: Battle of the Sexes