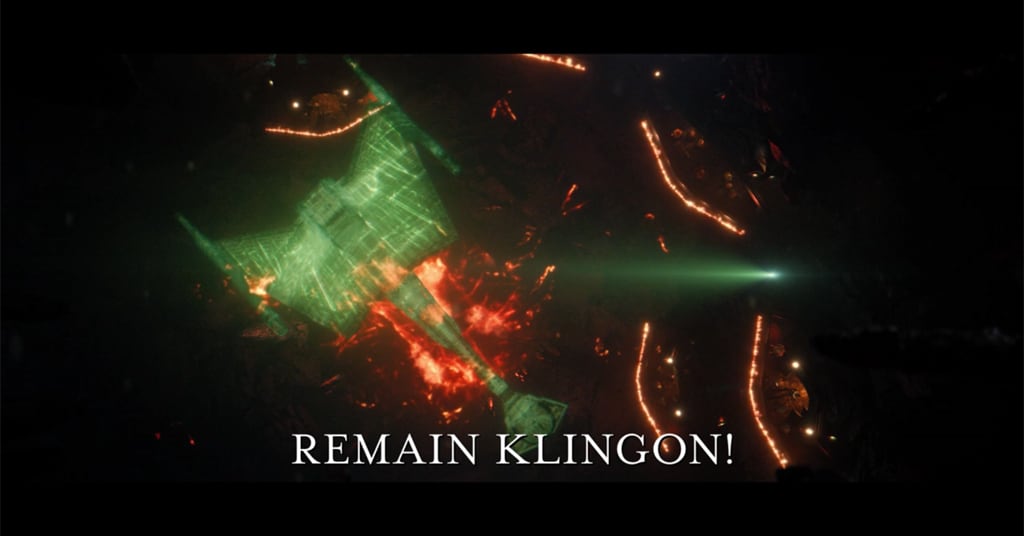 Star Date: Previously on Discovery.....Still investigating the space signals, Discovery is drawn to a planet with a 200-year-old colony of people from Earth brought there in a church by a mysterious Red Angel during World War III. The Captain decides General Order 1 applies and Tilly meets an old friend.

Episode 3 "Point of Light": Michael Burnham continues to be confounded by the seven signals which have appeared throughout the galaxy...as well as a reunification with her foster brother, Spock. And as much as Michael would like to see Spock, Ensign Tilly would like to stop seeing the "ghost" of her childhood friend, May. And both Michael and Pike are surprised and somewhat nervous when the Vulcan Ambassador's ship appears. A confrontation with Sarek is not in the cards...this time...as it is Amanda who transports aboard the Discovery.

Michael fills Amanda in, who is aware of the signals, on Spock's connection to them. Amanda gives Michael Spock's medical files which she stole from Star Base 5. However, when they take the file to Captain Pike he refuses to allow them to decrypt it and contacts Captain Vela at Star Base 5 who finds it funny that Pike is communicating via viewscreen rather than holograms. Vela tells Pike that Spock escaped after killing 3 men...and also some of his files are missing. Michael, Amanda and Pike are unable to believe Spock's actions so Pike violates the rules and orders Michael to break into the files. Amanda notices images of what she said Spock called "The Red Angel", something he began seeing as a boy and had had a profound and lasting effect on him. 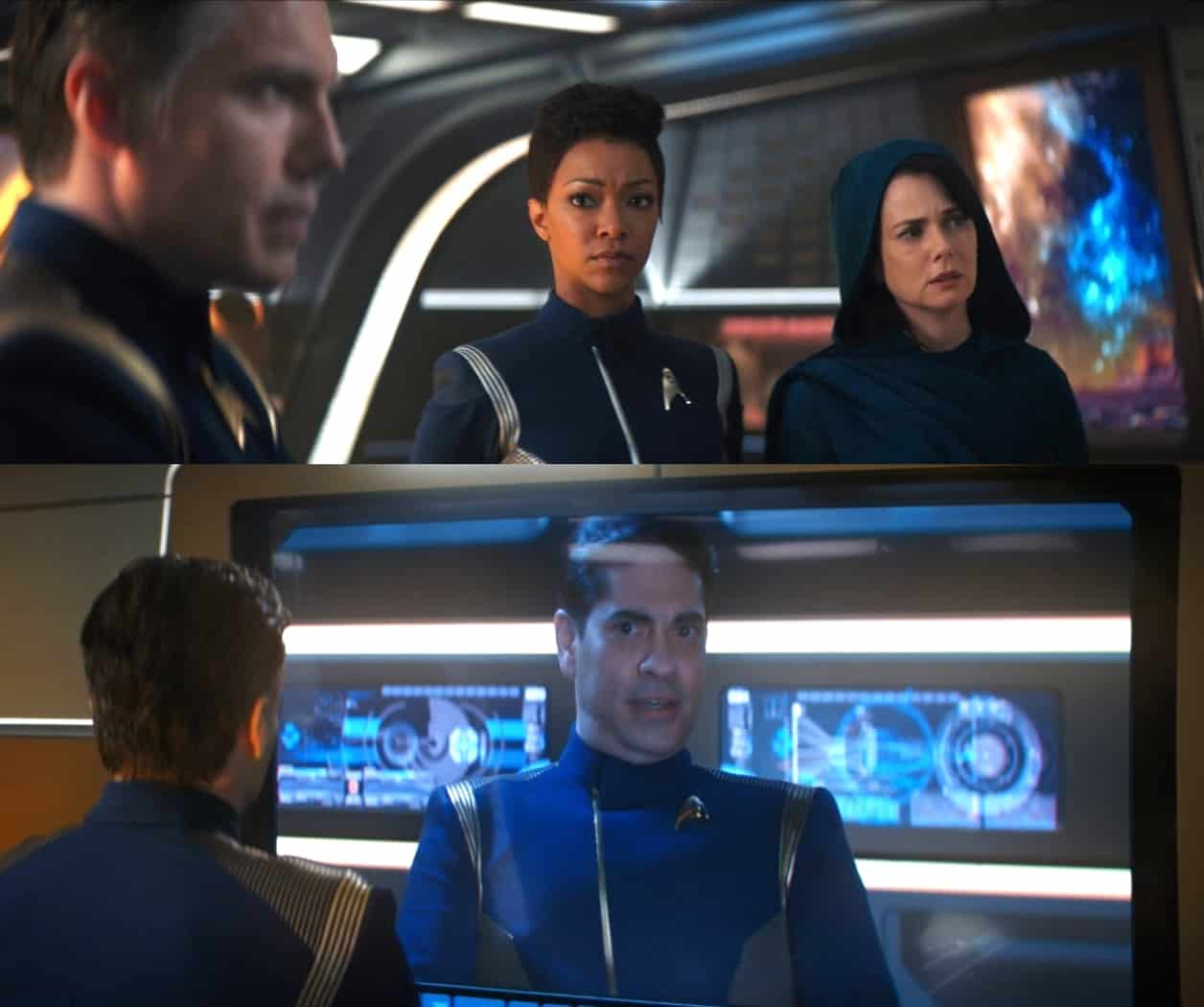 Meanwhile, even as L'Rell attempts to unify all 24 Klingon Houses under one flag, there are those that still resist and are particularly not happy with her having what they see as a human by her shoulder. Tyler contacts Michael, informing her of the challenges to Chancellor L'Rell's rule. It's here where we learn Klingons have also begun letting their hair grow again after the war. While personal relations are tested and political rivalries between the Houses come to a boiling point, a "bad penny" returns and a new Klingon dynamic is forged. Plus, aboard the Discovery, May stands revealed. 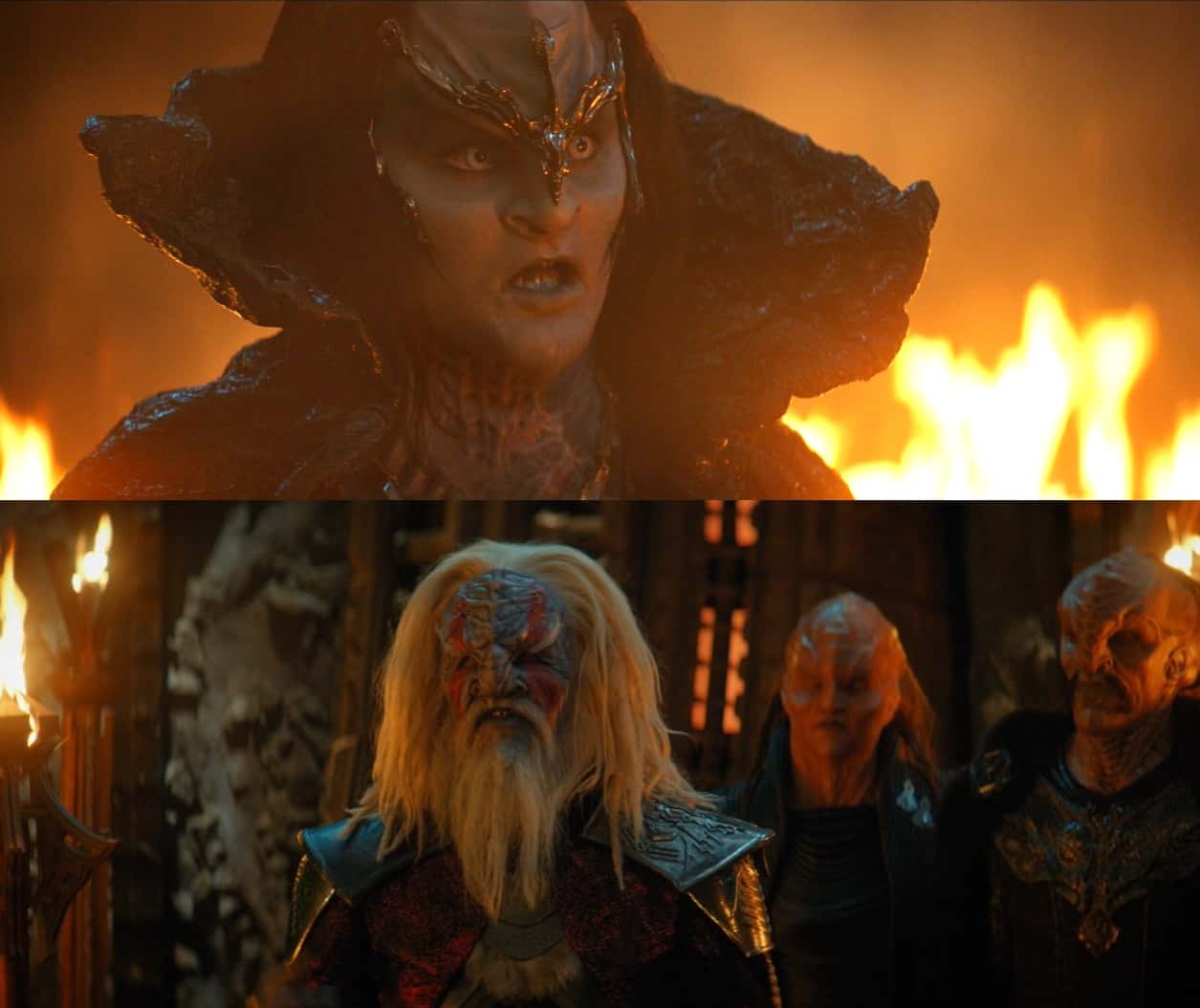 I have never been a huge fan of the Klingons. I was “Oh! Another Klingon story *yawn*”. Star Trek Discovery has given me a better respect for them. The Klingon creators in this Trek have gone so far to show us what a race like the Klingons would look like and how they’d behave while not messing up what we already know about the aliens. Personally speaking, I could do without ever seeing Ash Tyler ever again…I can’t get over his cold-blooded murder of Dr. Culbert last season. But hey, I still hate actor Eric Braden (The Young and the Restless) for killing Zira in Escape From The Planet of the Apes in 1971!

I can also see some groundwork being laid in this episode for a future Trek spin-off starring Phillipa Georgiou (Michelle Yeoh) coming later. All in all, it felt like “Point of Light” was meant as a stop by and see what’s up with the Klingons since last season and I think their presence will be much less the rest of the season, but one never knows!

Episode 3 is about transition and exposition. It seems that Section 31 will have a larger role to play in this season, and Spock's situation appears to be getting more dire by the second!