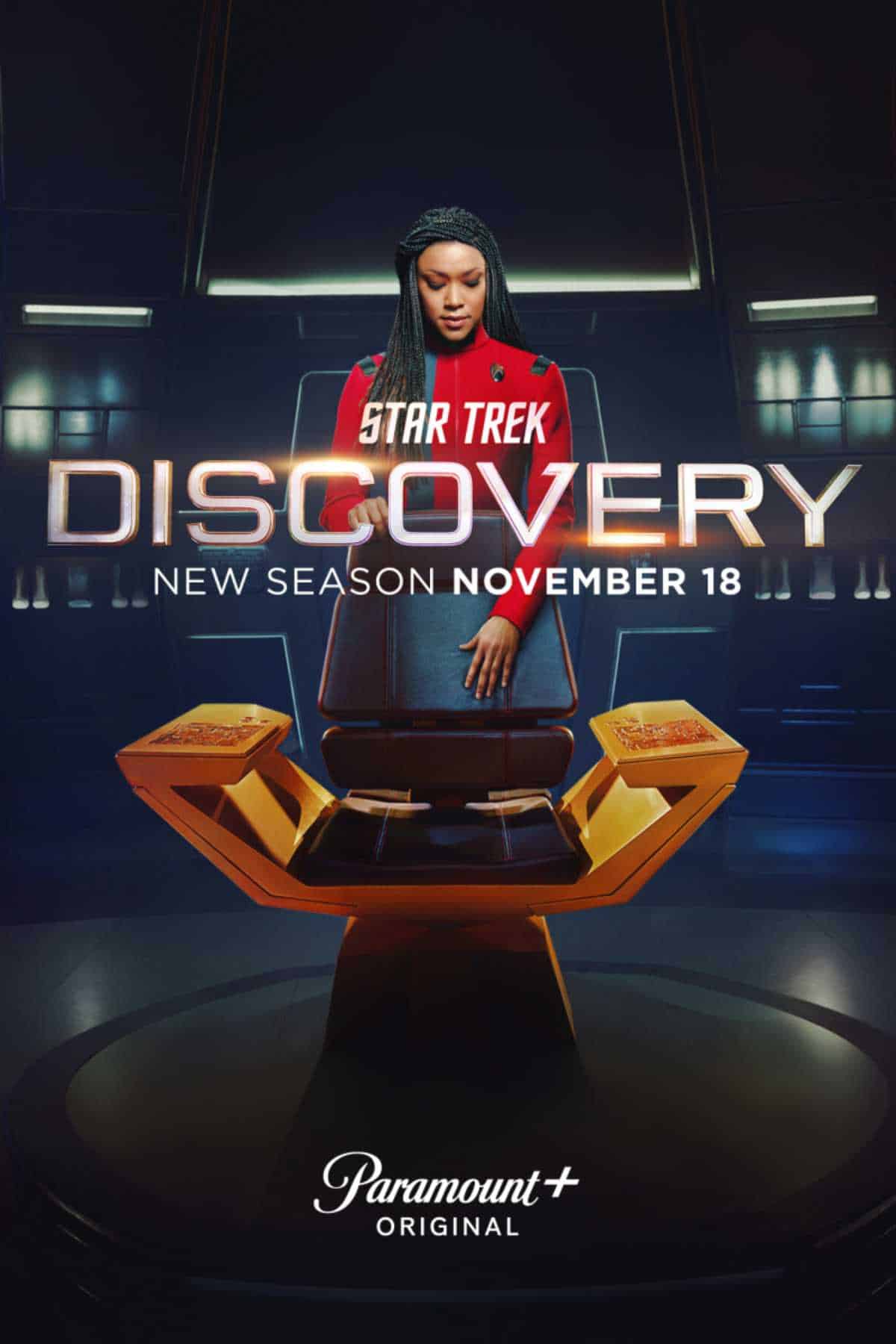 The crew and the captain of the Discovery face new challenges as they try to rebuild the United Federation of Planets and Star Fleet.

The Kobayashi Maru, the title of the first episode of season four…it is the test Star Fleet Cadets take to see how they handle the “No Win” scenario.  It represents the difficult choices a Star Fleet Captain must make in the line of their duty.  The needs of the few, outweigh the needs of the many.  This is something that the current captain of the Discovery, Commander Michael Burnham (Sonequa Martin-Green) has faced many times but refuses to ever make the hard choice of leaving a single crew member behind.  And because of this, Star Fleet has its reservations about her ability to lead.  It is no doubt, that by calling the first episode of the season Kobayashi Maru, they are foreshadowing some rough times for the crew and especially for Michael Burnham. 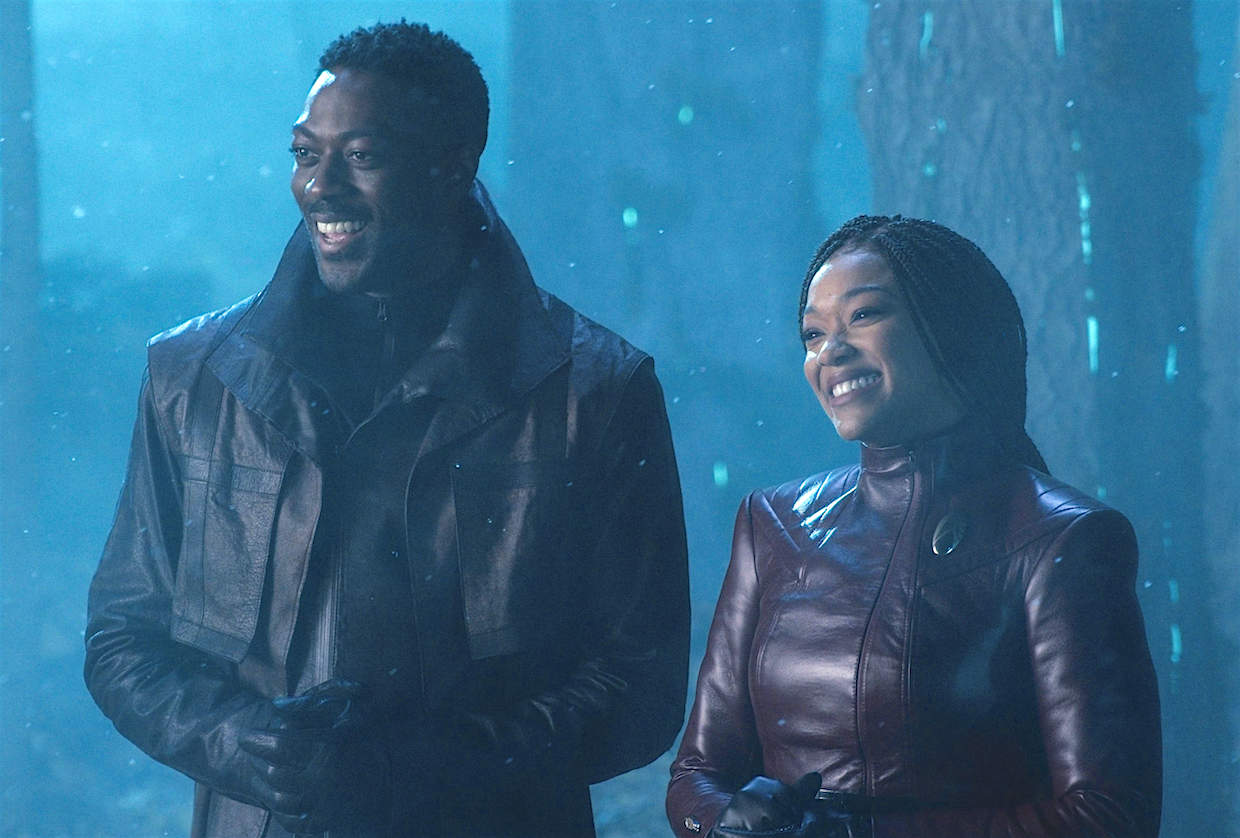 There are three plotlines running in the first episode of season four.  Former Discovery Captain, Saru (Doug Jones) has spent the last five months on his home world of Kaminar, where he misses his Star Fleet family.  Book (David Ajala) is invited to his nephew’s “coming of age” ceremony on his homeworld of Kwejian.  And the main plotline, the rescue mission of a space station that is in dire need of help.  Where, of course, Michael faced a “No Win” situation, and once again, things turned out slightly in her favor, but she is confronted by the fact that someday her actions may destroy all that is dear to her.  As the episode concludes, it is revealed that the anomaly that placed the space station in danger, is a much larger threat, something that will put the whole universe in jeopardy.

The shows production value remains high, with stunning visual effects and beautifully chosen and constructed locations.  The music is appropriate and adds to the tone of the scene. The story flowed well, but did feel a bit split between the three different plot lines.  The strong point for discovery has always been it’s script.  The writers create compelling characters, each with unique personalities and witty dialogue with some technical jargon thrown in to help remind us we are watching a Star Trek episode. 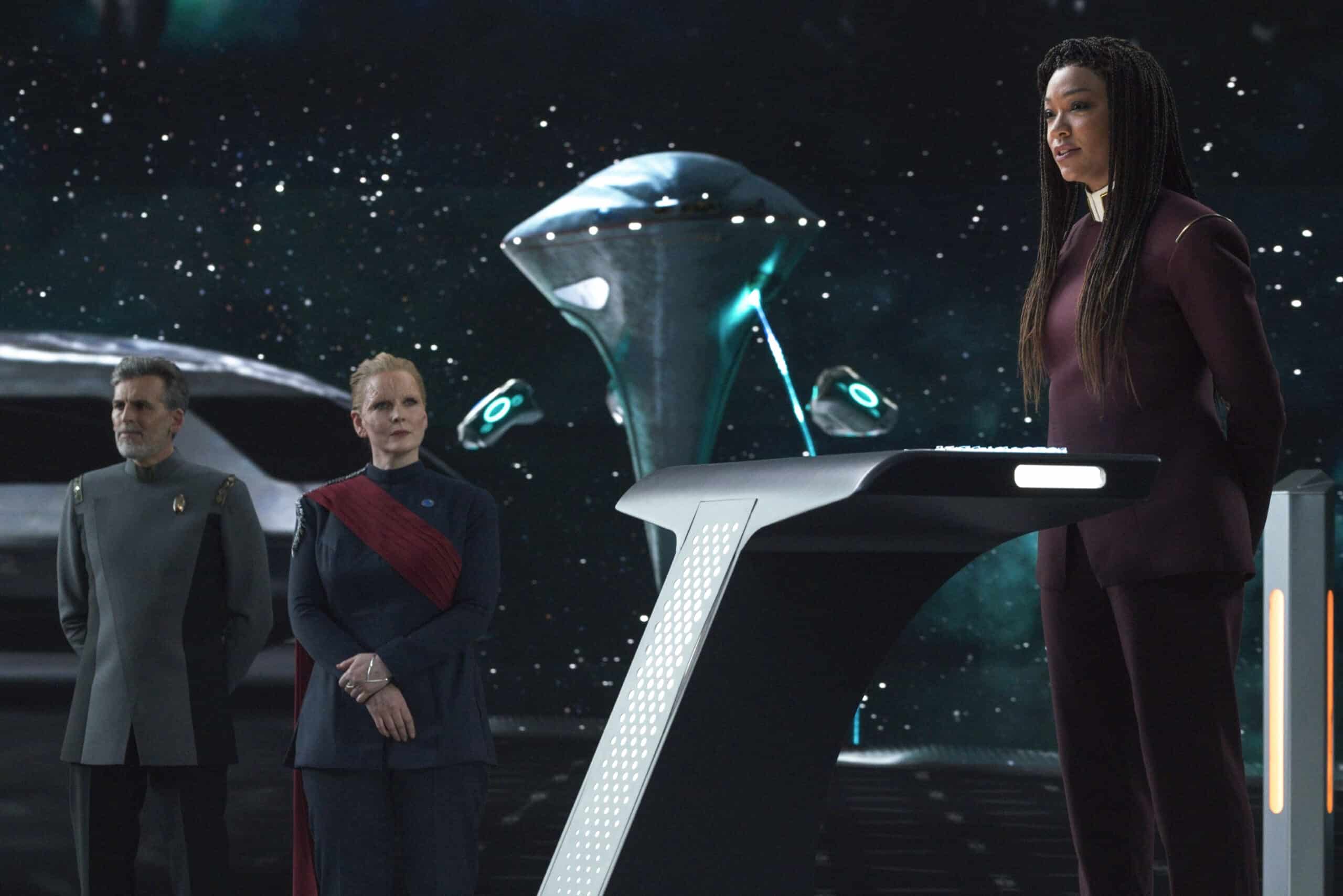 This episode, more than any other, felt like a basic Star Trek story.  It would not be too hard to imagine Picard or Janeway facing these same plots.  And I think that is what I liked most about the episode.  I have been a fan of Discovery, since the first episode, but that first season really didn’t feel like a “Star Trek” show.  As it has progressed through the seasons I have enjoyed it more and more, and feel that each consecutive season it was solidifying it’s place in the mythos.  Season three is where I feel it found its footing, removing it from the earlier timeline, and shooting it far into the future, where there is no worry of contaminating the existing Star Trek universe continuity.  It could be it’s own crew, with their own stories, and with Star Fleet no longer hiding in the shadows, but actively rebuilding, we feel the ideals that Gene Roddenberry instilled in the original series coming back.  A world not at war but striving for harmony.  A world where our differences are not shunned but celebrated.  A world, not based on greed, but on the struggle to make the universe better each day.  Infinite Diversity in Infinite Combinations!

Kobayashi Maru, the title of the first episode of season four, not only relates to the episodes story, but I am sure it foreshadows the difficult choices that the Discovery’s crew and Captain are going to face in the episodes to come.