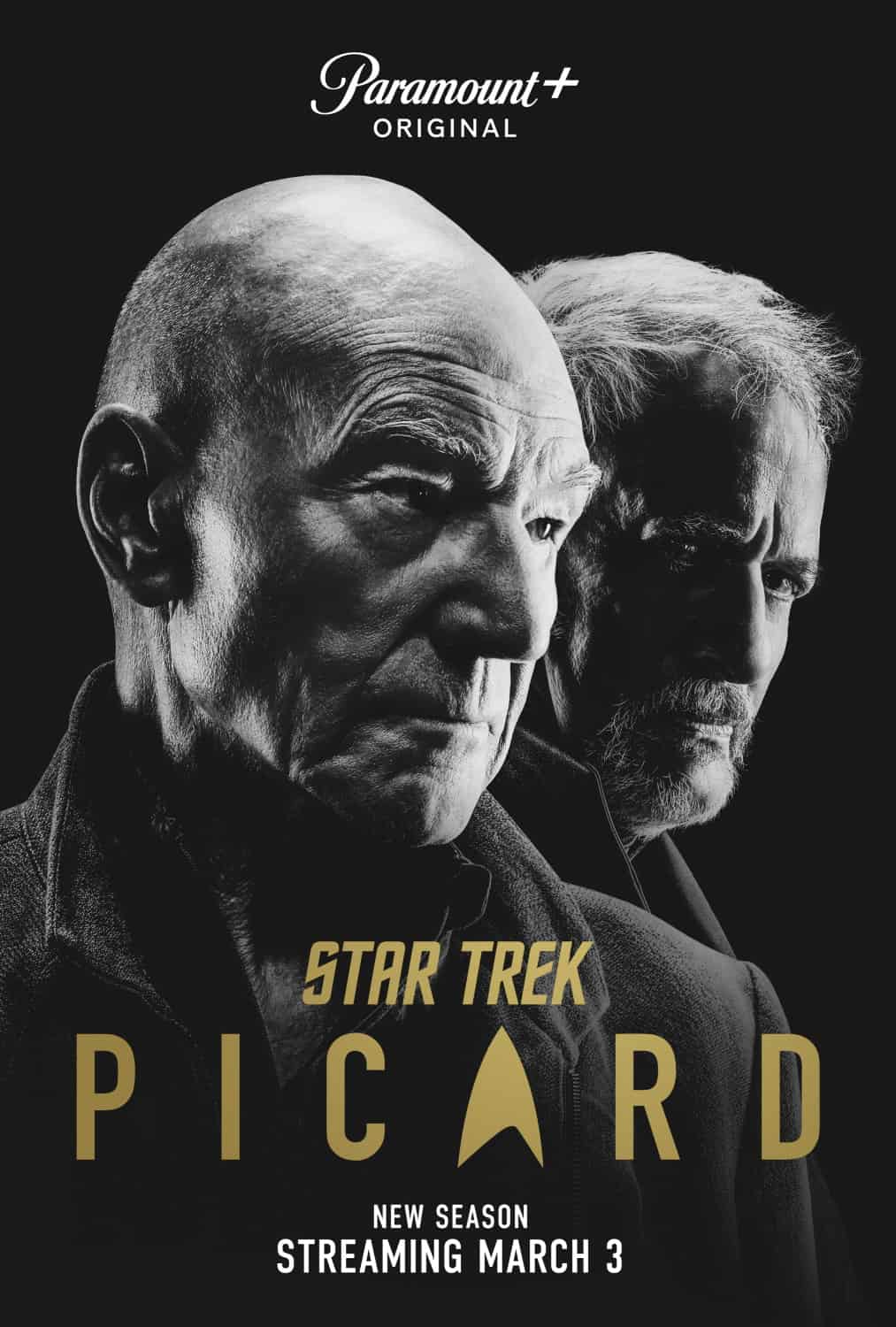 After the events of the first season, Picard returns to Earth and becomes Chancellor of Star Fleet Academy, until a message from an unknown alien race pulls him back into action.

Space, the final frontier, or is it? In a speech given to the cadets of Star Fleet Academy, Picard (Patrick Stewart) conjectures that the final frontier is not space, but time.  I don’t think he meant to infer traveling through time as an explorer, but more to take the time to explore the moment, as there are no true second chances.  It has been over a year since the first season and much has changed for the characters.  Raffi (Michelle Hurd) and Rios (Santiago Cabrera) have returned to Star Fleet and are captains of ships, Agnes (Alison Pill) and Soji (Isa Briones) travel the universe as diplomats, Picard has become Chancellor of Star Fleet Academy, but he is confronted by his life choices on why he never found love.  And a visit with Guinan (Whoopi Goldberg) who indicates that the real “Final Frontier” isn’t necessarily space or time, but his inner self.  The only place he hasn’t explored is his motivations for the choices he has made.  And in all its Freudian glory, it is hinted at, that this has something to do with his mother. 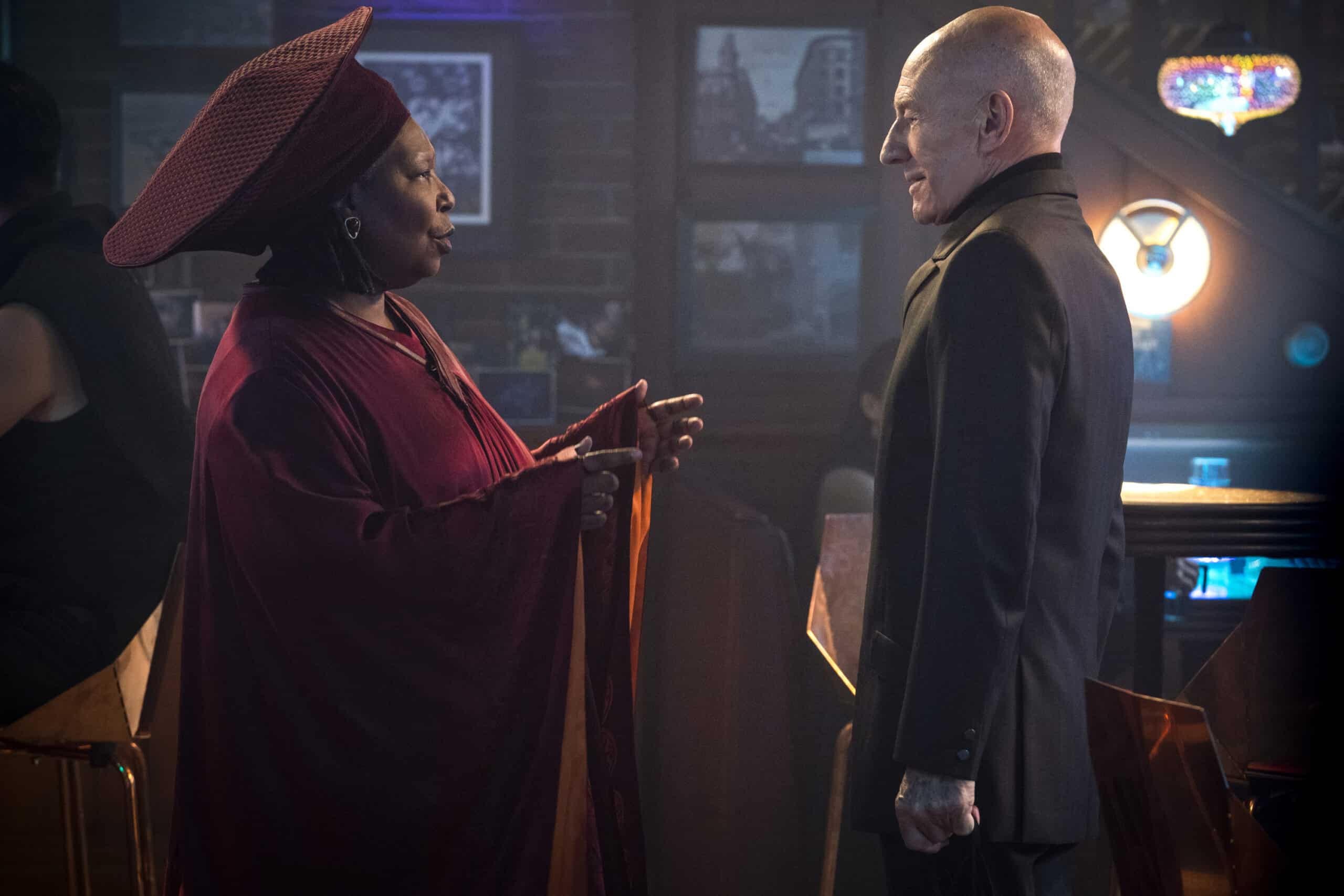 In the first season of Picard, there was a discontentment with Star Fleet, a feeling that the once noble organization, was no longer that noble.  I am grateful that season two has returned to the optimism that made Gene Roddenberry’s vision so endearing, although, from the scenes of what this season brings, that optimism isn’t going to last.  The plot involves the return of Q (John de Lancie) and includes the alteration of the timeline and time travel to undo the damage Q has brought down upon mankind as a continuation of the trial of mankind, which started in the first episode of the Next Generation (TNG). 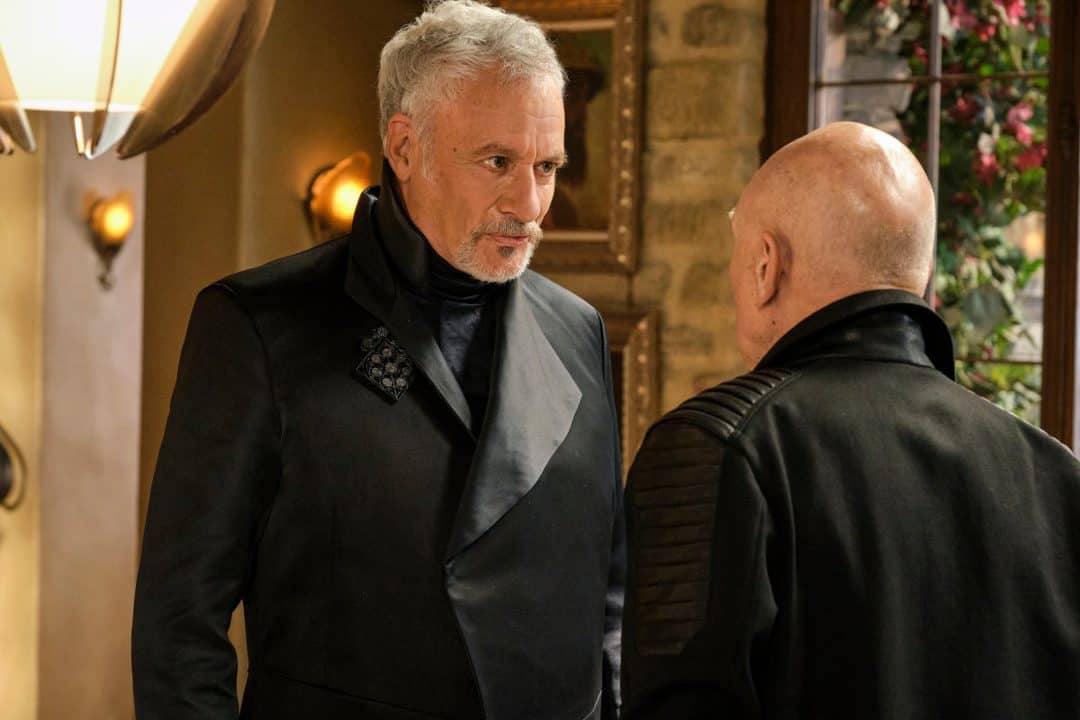 The first episode is promising.  Even with Picard feeling out of sorts with his life choices, the show feels a lot more like a “Trek”.  The uniforms have returned to something closer to the TNG uniforms, again, linking us to the hope that was engrained in most of the Star Trek franchise shows. The characters from the first season, are living their best lives and seem to be happy at least until a couple of old enemies surface.  The production value of the episode was high, and the storyline is both informative and intriguing.  Hooking us with action and possible calamity in the first scene and then showing us the 48 hours prior to fill us in on where everyone is since the end of season 1.

For the most part, it was an entertaining opening to the new adventure.  The one complaint I have is in the musical choices including some modern songs which just didn’t fit in as well as the newly composed music, not a big deal.  Music is very important as it can create or sustain the mood or theme of a show, and in this case, it took me out of the world the show has created. It is sometimes hard watching Patrick Stewart.  He had such a commanding presence as Captain Jean Luc Picard, but with age, has come a type of fragility to his vocal intonation.  This is just a fact of life but reminds us of our own mortality.  Guinan even explains her own aging to the fact that people don’t like to be reminded of this mortality and so she allowed herself to age.  Patrick is still an amazing actor and one would expect this from a character who is nearing the century mark.  I am glad, that the show is addressing that these characters are all older and isn’t trying to make them seem younger in either action or appearance.

The return of Q is a great adversary to bring in.  It truly means the sky is the limit and almost anything is possible.  Season 3 was greenlit at the same time as two, which has allowed for both seasons to be developed and produced simultaneously and the third season will come out in 2023.