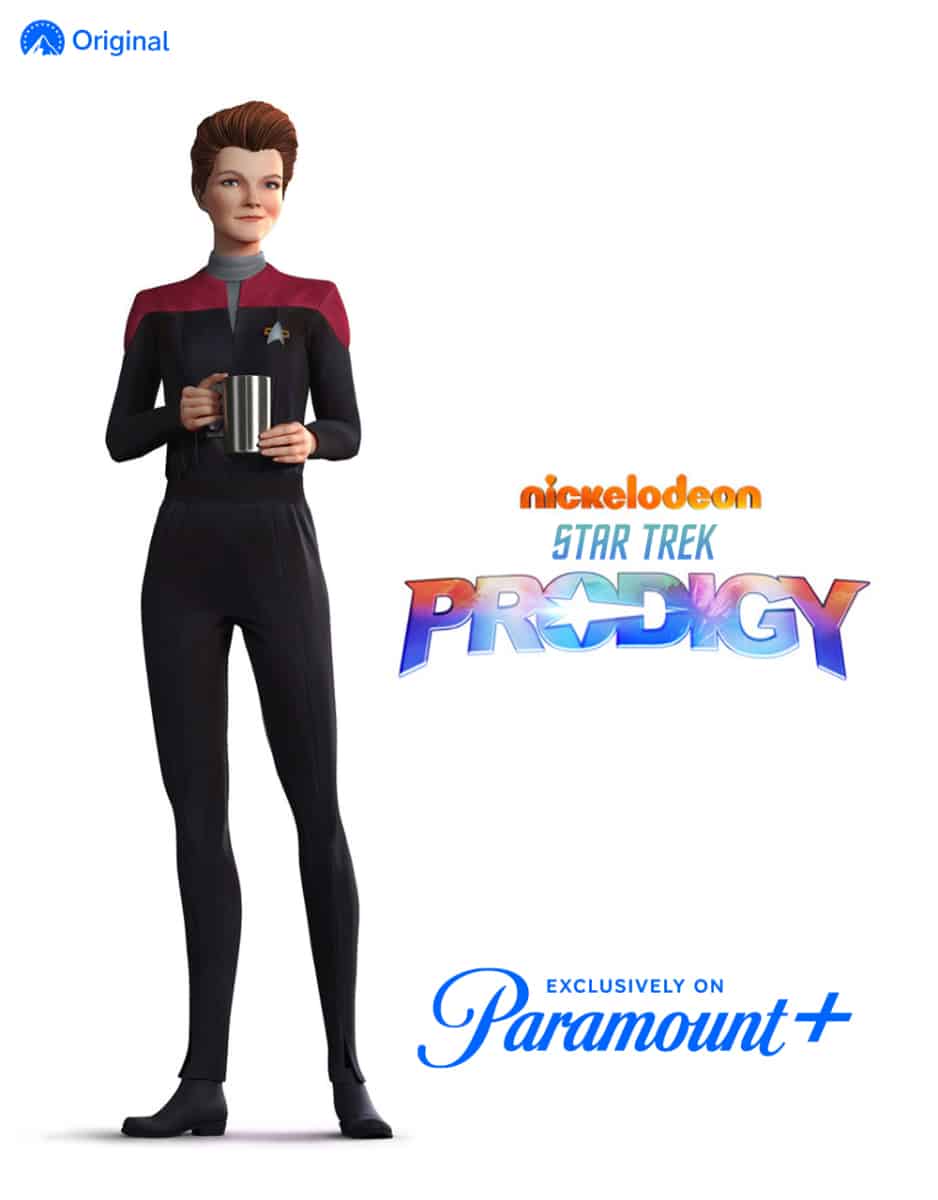 A few years after the events of Star Trek: Voyager conclude, a group of young prisoners on a mining asteroid, find a federation starship and attempt to escape their captivity.

Finding ways to bring members from the live action Star Trek series, seems to be en vogue right now.  For fans like me who remember when Star Trek: The Next Generation, Deep Space Nine and Voyager all originally came out, there is a certain nostalgic feeling one gets in seeing the characters, who for years felt like family, come back in new and creative stories.  Paramount +’s new animated series, Star Trek: Prodigy, is an inventive way to bring back Captain Janeway as we remember her from 25 years ago.  In 2383, a few years after the USS Voyager was able to return to Earth, a group of prisoners on the prison mining asteroid, Tars Lamora deep in the Delta Quadrant, discover the USS Protostar deep within the asteroid.  With dreams of escaping their captivity and traveling the stars, the group attempt to escape, while being pursued by the Diviner (John Noble), the overload of the prison, and his sadistic robot minion, Drednok (Jimmi Simpson).  Will this unlikely crew escape and live their dream of being free and roaming the universe? You will have to tune in and find out. 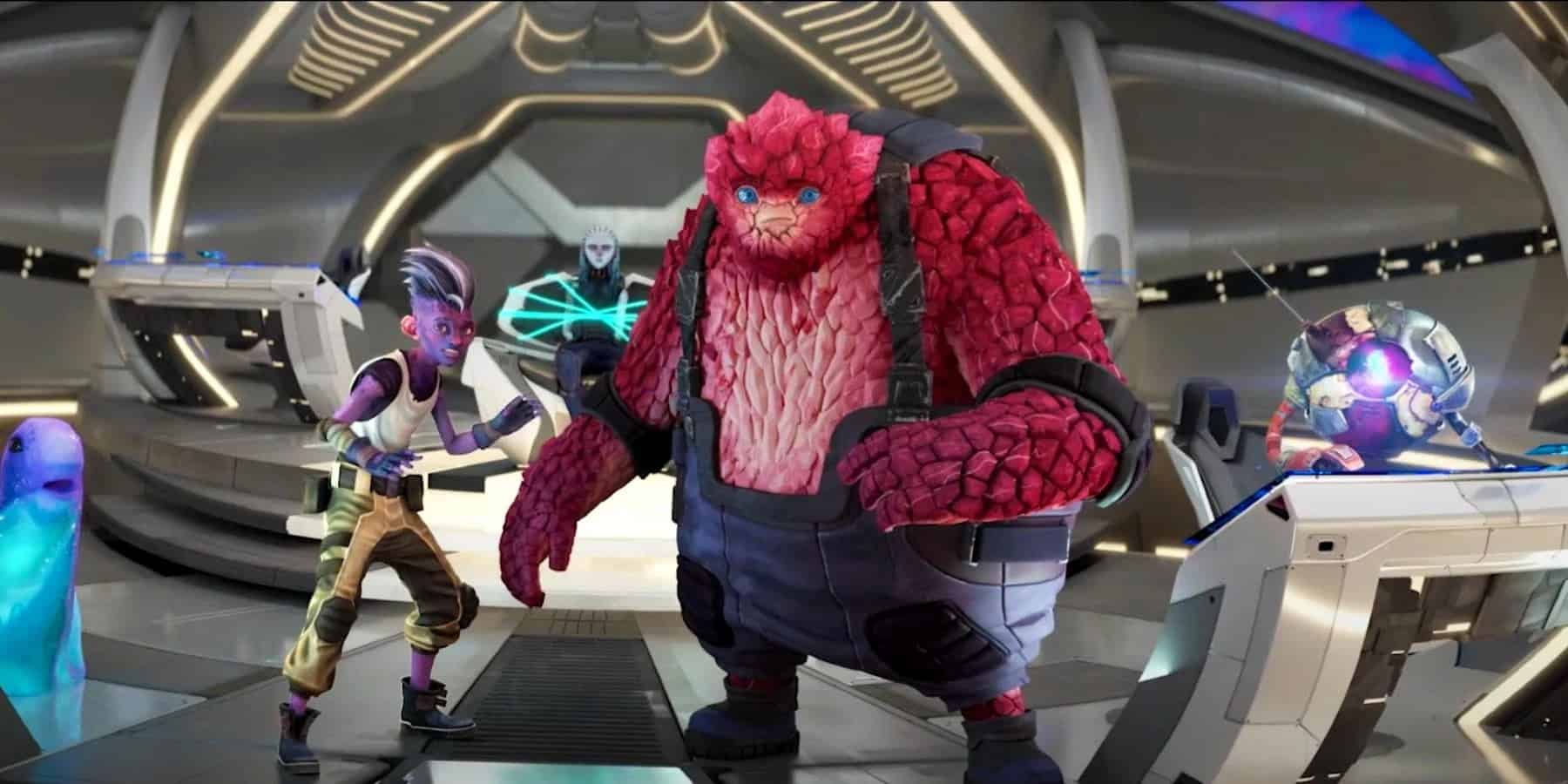 The first thing to note, this is a show produced by Nickelodeon, and is very much a family friendly series, so much of the humor and story are geared to a much younger demographic.  In watching the first two episodes (which were combined into one for the release), it was hard not to compare this to the Star Wars animated universe as they seem to have a similar artistic style.  The character of Gwyn (Ella Purnell), bears a resemblance to Star Wars’ Ahsoka and Drednok has an unmistakable Darth Grievous vibe.  Even the use of robotic “droids”, made you feel like you were watching more of a Star Wars story, than a Star Trek.  But what is truly Star Trek, is the unmistaken feeling of hope.  It is even states in the dialogue that what makes Dal (Brett Gray) special is he never lost hope.

I have to say, I was not optimistic about this series because as of late, genre series have a cynical attitude in their storylines.  I was also a bit worried, that being for kids, they would dumb the plot down too much and use a lot more juvenile humor, but I was happily surprised. The crew is comprised of mainly young characters.  Dal, is a talkative 17 year old who has a bit of an identity crisis, as he doesn’t know what race he comes from.  Gwyn, also 17, is the daughter of the big bad, but who has always wanted to see the stars, engineer, Jankom Pog (Jason Mantzoukas) likes to play devil’s advocate.  Rok-Tahk (Rylee Alazraqui) is a big brutish being, who happens to be an 8 year old girl, who is kind and loves animals.  Zero (Angus Imrie), is a non corporeal energy being who must remain in a containment suit, as the very sight of it (they are genderless beings) would drive other races insane.  Murph (Dee Bradley Baker) an indestructible blob with impeccable timing.  And finally there is Holo Janeway (Kate Mulgrew) the ships Emergency Training Holographic Advisor. The youth in the majority of the cast will make the series more relatable to the target audience and all the characters were interesting and empathetic.   There was a lot of good action scenes and some well placed levity throughout.

The story flowed well and was easy to follow. The music was great and very much kept in the Star Trek vein.  The animation was beautiful with wonderful use of color, light and shadow, but it really does look more like a Star Wars series.  It was fun to watch and kept me, a non kid, entertained.

Overall, I really enjoyed the first two episodes, keeping in mind that the target audience is the “Nickelodeon” crowd.  The characters are all endearing and the plot is simple and not overly complicated.

Hawkeye Episode 105: Everything Is Falling Into Place
December 15, 2021