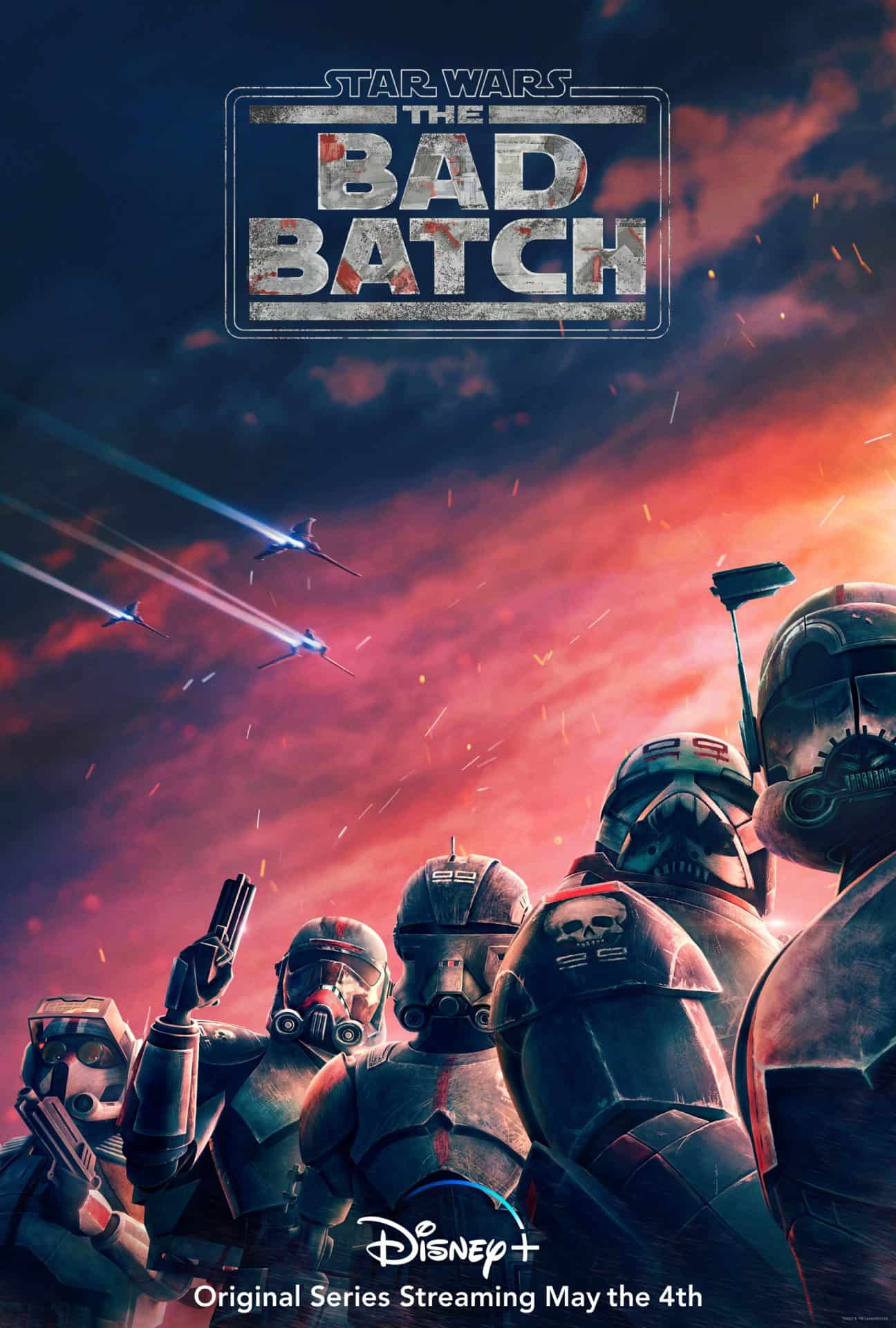 Clone Force 99 is given an order that not all of them want to obey, and they see their lives rapidly change.

I was a little worried going into this series to review it.  Although I am a big Star Wars fan, I have not seen any of the animated series, I was worried I would be lost and not understand what was happening.  I was happily surprised that the exposition of the plot and characters was very well done and I was easily up to speed on what was going on.  I am sure I will not catch the hidden gems and “Easter Eggs” that will be dropped from time to time, so forgive me. 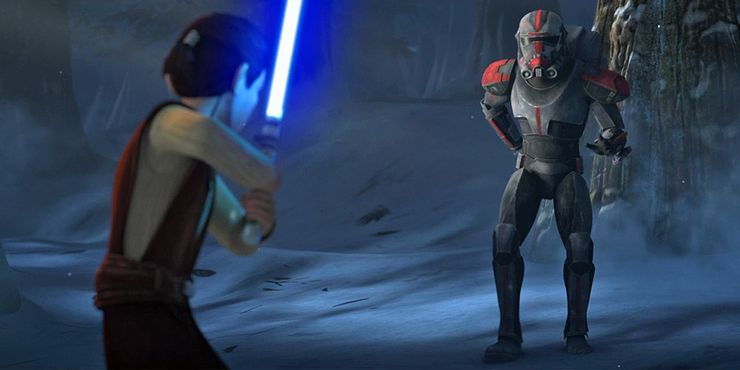 The series begins as “Order 66” is given, as seen in Star Wars Episode III: Revenge of the Sith,  and the Clone Troopers pre-programmed directive to kill the Jedi is carried out, marking the end of the Clone Wars and the beginning of the Jedi Purge.  The remaining members of Clone Force 99, a.k.a. The Bad Batch, are a group of genetically deviant clones, each with enhanced abilities, who use their unique talents to fight alongside the Republic during the Clone Wars.  Hunter, their leader, is the one that most resembles the other clones.  Wrecker is the brawns with little brains, who likes to blow things up!  He sports a shaved head and scarred face, but is the loveable “boisterous bruiser” as described on the official Star Wars website.   Tech is the Nerd, who knows the backdoor into any computer system and can rewire just about anything.  Crosshair is the dead aim sharp shooter (well one clone needed to have good aim).  His close cropped white hair and crosshair tattooed across his eye makes him look cold and calculating, a description that matches his personality as well.  Echo wasn’t originally part of the Bad Batch, he was altered after being captured and held for an extended time by the Separatists and basically returned an emotionless cyborg, more machine than man.   The entire team is voiced by Dee Bradley Baker, as well as all other clones in the army. 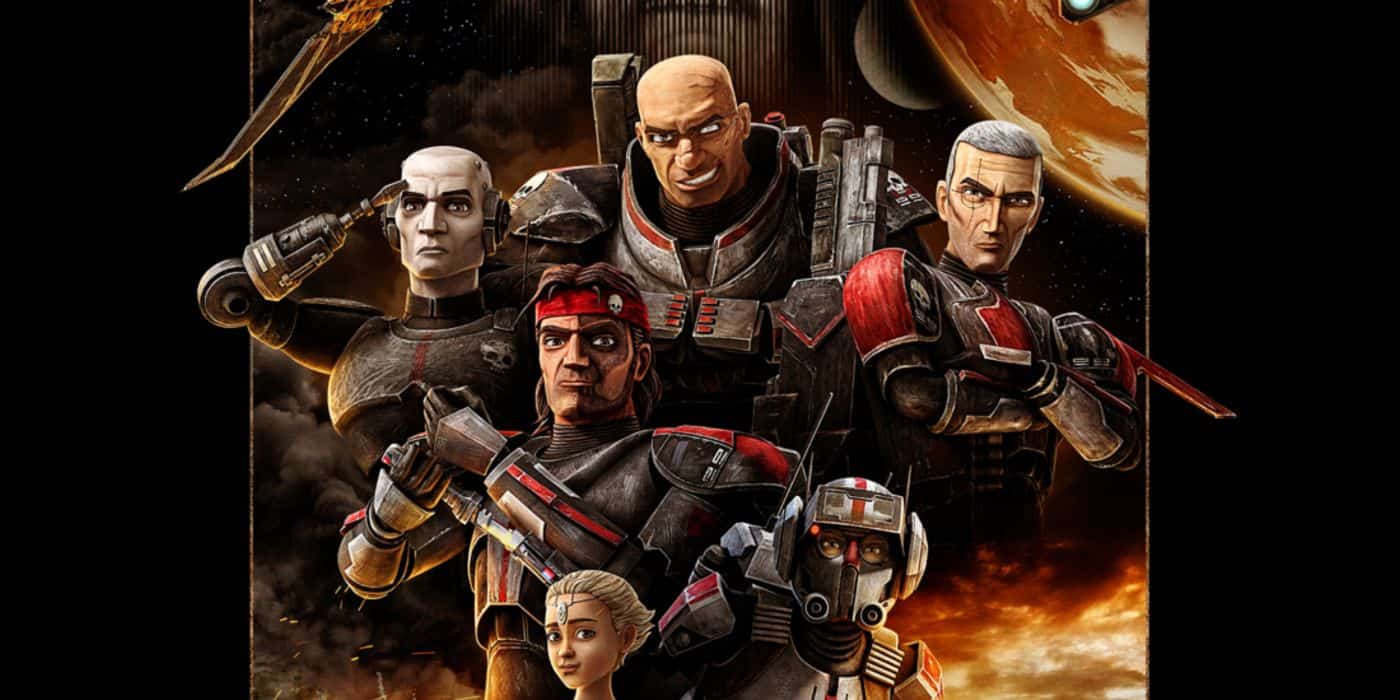 The team is joined by Omega (Michelle Ang) as a young female clone working as a medical assistant on Kamino.  If it isn’t obvious, she too is a deviant from the standard clone templates and by the end of episode 1, has joined up with The Bad Batch.  She seems to exhibit some special abilities too, with a name like “Omega”, it would not surprise me if she had all of the other’s abilities combined.  This is a cartoon and at least one of its target audiences is children.  I mean, Disney does own Star Wars!

The characters are all diverse (especially for clones) and interesting.  Each character has their quirks and nuances that make them unique and entertaining.  We know that this cartoon is going to be watched by both adults and children and there has to be characters that all can relate to.  Omega’s purpose, in my opinion, is to serve as the character that children sympathize and empathize with.  Her goal is to give children someone to relate to, and lucky for us, the writers do this well.  She is defiant and mischievous but in a way that is endearing.  Her back story may play a larger plot point as the series progresses, we will have to wait an see how it unfolds. 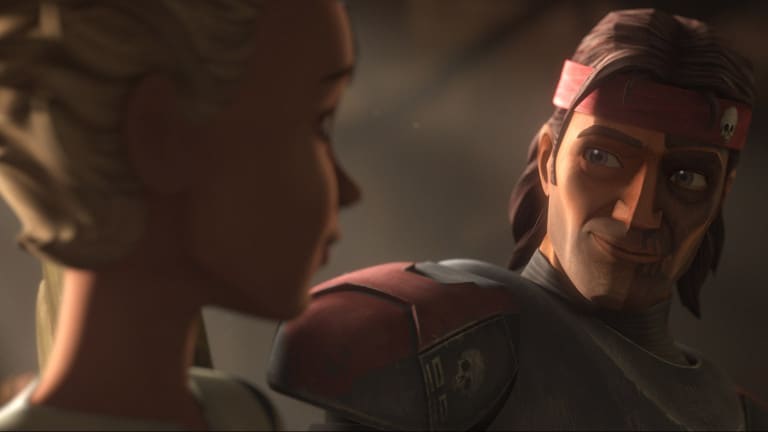 The art and animation style continue beautifully from The Clone Wars with exaggerated angular aspects especially in the faces of the characters.  The storyline flows well and never felt forced or uneven.  The main drama stems from the delivery of Order 66, which is the basis of the first episode and what appears to be the Catalyst for the series.  Who heard the order and will obey it?  Tune in to find out!

In short, this show is fun and entertaining with plenty of fighting and action.  Having not watched any of the other animated series, it is fun to see what happens in the rest of the universe after Revenge of the Sith.   I know, I’m late to the party!